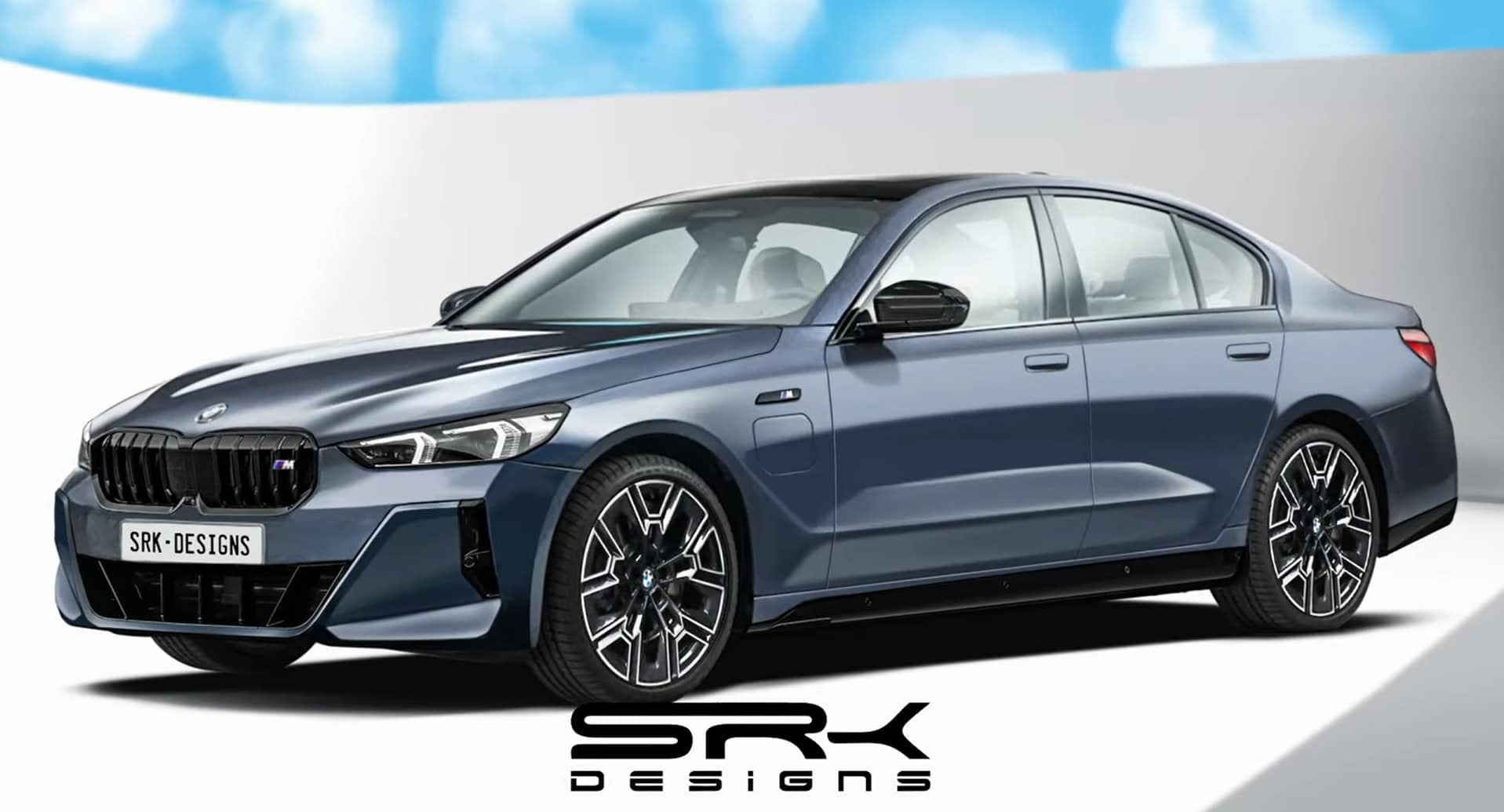 It was only yesterday when our spies caught the next M5 out and about and now we’re back with a speculative rendering of the regular next-generation 5 Series. Codenamed G60 for the sedan and G61 for the wagon, the midsize luxury car should not be a cause of concern for those who are not particularly fond of BMW’s latest design choices.

Numerous spy shots have revealed the eighth iteration of the executive car won’t rock the boat in terms of styling. Traditionalists can take comfort from knowing it will eschew the oversized kidney grille and split headlights of the latest 7 Series, X7 LCI, and the upcoming XM. The adjacent rendering shared with us by SRK Designs attempts to digitally peel off the camouflage we’ve been seeing on prototypes in recent months.

Pictured here is a plug-in hybrid variant as denoted by the charging port on the left-side front fender where the mighty M5 will also allow owners to juice up the battery pack. As with other new BMWs, the next 5er will adopt a flush door handle design, not necessarily for the sake of design, but for better airflow. This should pay dividends in terms of efficiency, especially in the case of the fully electric i5 to unlock extra miles of range. The EV will essentially have an identical design by riding on the same CLAR platform, much like the relationship between the 7 Series and i7. 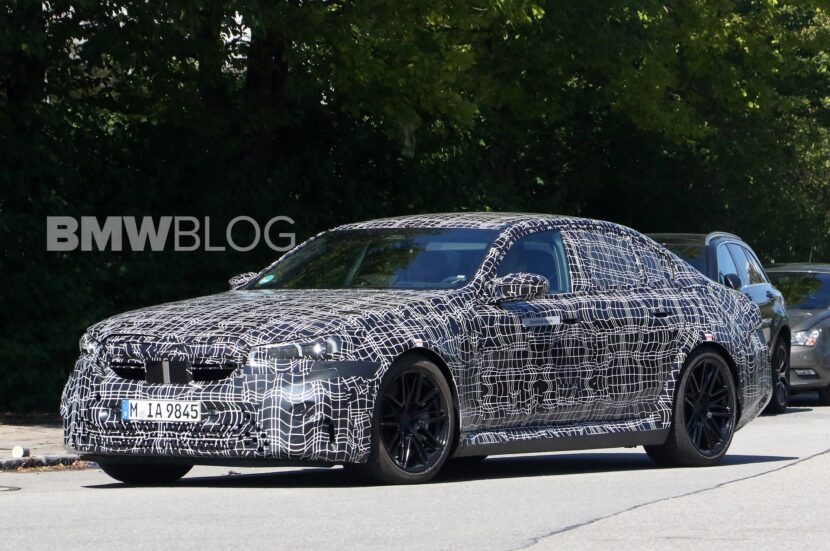 We don’t need a crystal ball to predict the future as far as the interior is concerned since BMW will certainly implement its Operating System 8 in the new 5 Series. That will have major ramifications because the center console will be simplified after incorporating the separate controls for the climate settings into the display. As seen on other models, the iDrive 8’s touchscreen should measure 14.9 inches and sit to the right of a 12.3-inch driver’s display. Both will be mounted within a piece of curved glass on top of the dashboard.

The next 5 Series is expected to premiere in the first months of 2023 considering reports state production is slated to commence in July. The more practical Touring is believed to hit the assembly line in March 2024, about two months after BMW is rumored to kick off production of a long-wheelbase sedan (G68) in China. The hotter M5 Sedan will arrive later the same year, along with the return of the M5 Touring.

Logic tells us the i5 will be available from day one by following the same strategy used for the 7 Series / i7 and the 3 Series LCI / i3 Sedan (China only).