BMW updated the 3 Series with the usual Life Cycle Impulse, but only for the regular models all the way up to the M340i/M340d. Even though the M3 has yet to receive the LCI treatment, it does have a major novelty for 2023 by also switching to the Operating System 8. It comes as standard and pairs a 12.3-inch digital driver’s display with a 14.9-inch touchscreen for the infotainment.

Much like the long-awaited M3 Touring, the sedan gets the twin-screen setup as shown in this video provided by BMW of Morristown from New Jersey. The car in question is a hotter Competition model with xDrive, painted in Dravit Grey Metallic and fitted with the 19-inch M double-spoke black wheels. While the video largely focuses on the iDrive 8, we also see the center console with the usual gear lever rather than the new small selector we’ve noticed on recent models.

One tidbit is the top-down view of a car on the main screen when you want to check out the tire pressure and temperature. You’ll notice it’s not an M3, but rather the mid-engined M1 supercar from the late 1970s and early 1980s. This M-specific version of the iDrive prominently features the three iconic colors of BMW’s performance division. 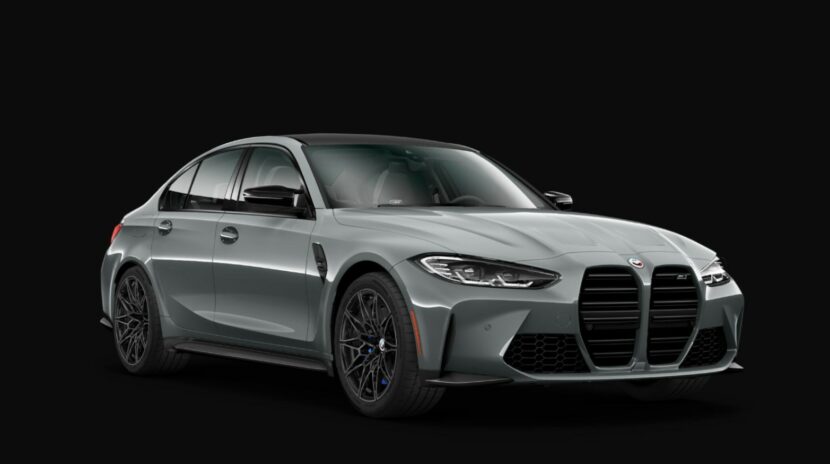 Those willing to wait for more updates to the M3 should know BMW is reportedly preparing a fully-fledged LCI. That’s because rumor has it the sports sedan will remain in production until 2027 rather than 2025 as initially believed. The same goes for the M3 Touring, which has apparently had its shelf life extended by a couple of years.

Before the facelifted model arrives later this decade, 2023 will bring the spicy M3 CS as a limited-run special edition with a bit more power and slightly less weight. It’s believed to be an xDrive-only affair, which consequently means a manual gearbox sadly won’t be offered.