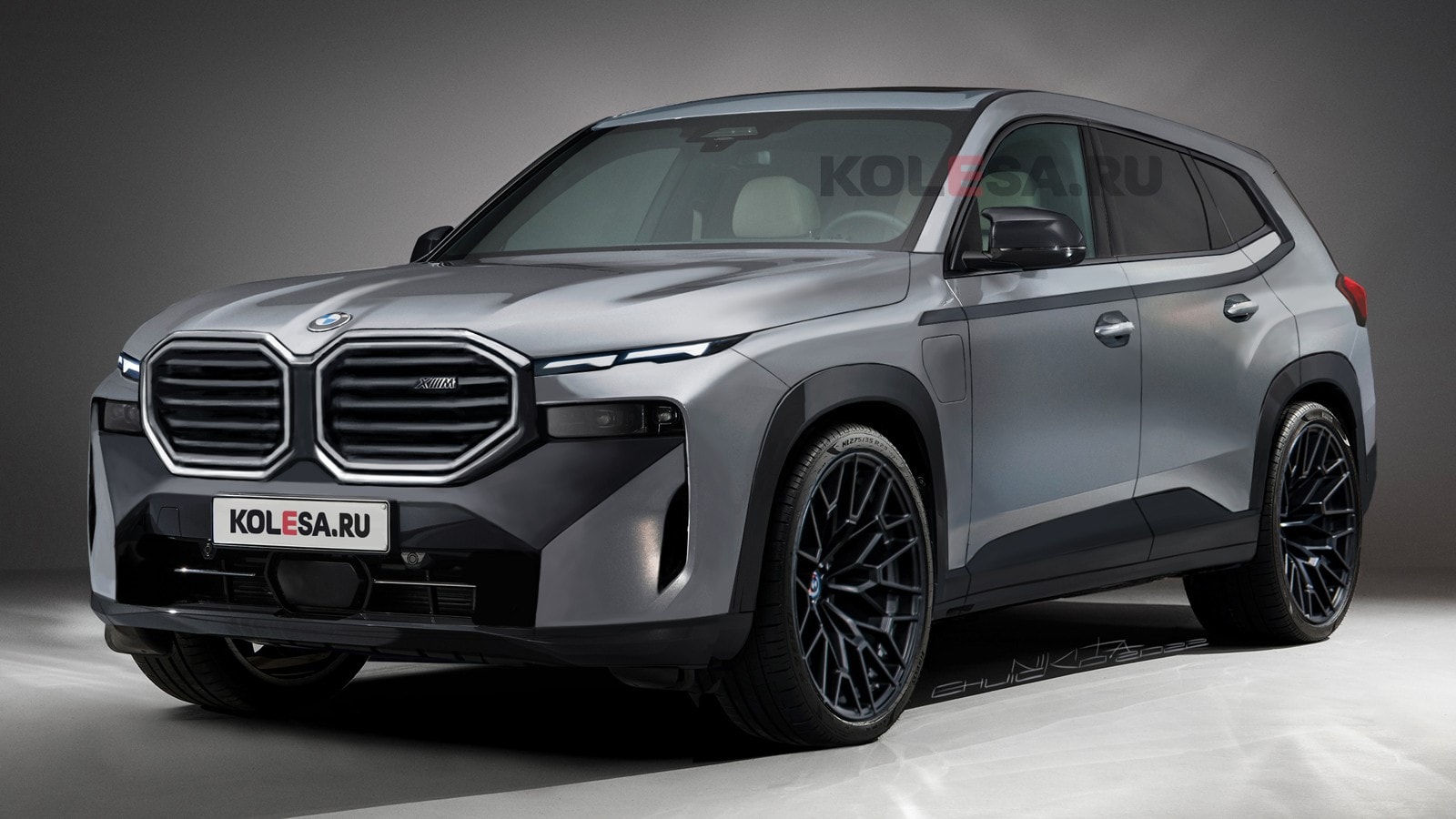 BMW took the automotive world by storm in late November 2021 with the unveiling of the boldly designed Concept XM. Since then, we’ve learned from the Bavarian marque the subsequent production model will have largely the same design. In fact, the road-going super SUV is expected to carry over more than 90% of the showcar’s appearance, for better or worse.

Fully revealing patent images of the final version emerged at the end of last month to confirm the dedicated M car won’t stray away at all from the Concept XM. Those official drawings have now been put to good use for a speculative yet accurate rendering of the vehicle you’ll be able to find at a BMW dealer near you from 2023. Yes, it looks just about as wild as the concept before it.

The front fascia is perhaps less striking now that the 7 Series G70 and X7 LCI also have a split headlight design, but the mighty kidney grille is still a lot to take in. We have to give credit where it’s due as BMW didn’t just take an X6 M and tweak its design as the XM looks substantially different from all angles. As always, beauty is in the eye of the beholder, but the plug-in hybrid behemoth does have an original design.

The most obvious change compared to the concept will be the adoption of regular door handles, but there are other tweaks as well. For example, the front bumper is not as aggressive since the lower air intake is narrower and now incorporates the radar sensor for safety features and driver assistance systems. We’re expecting the grille’s contour to light up and accentuate the imposing front design furthermore.

At the back, the Concept XM’s stacked dual exhaust tips are staying, and there’s a good chance the BMW roundels in the upper corners of the glass will remain as well. Wide taillights will enhance the muscular appearance of what will be the heaviest vehicle the German luxury brand will ever make, at around 2,700 kilograms (nearly 6,000 pounds).

Debuting before the end of the year, the BMW XM will offer 650 horsepower at launch, with a hotter derivative to match the concept’s 750-hp punch due in 2023. The latter is believed to go by the XM Label and cost as much as €190,000 in Europe. A more affordable XM 50e with an inline-six plug-in hybrid setup is reportedly in the offing and it’ll cost from roughly €110,000.