BMW knows variety is the spice of life and is therefore selling the new X1 with a cornucopia of customization options. The compact crossover in a rich specification is up on display in Munich at BMW Welt as an xDrive23i fitted with the M Sport Package. It’s wearing an optional M Portimao Blue metallic paint that costs an extra €820 while the 19-inch wheels are an additional €900.

The X1 U11 no longer looks like the ugly duckling of the X range as BMW’s designers have created a far more sophisticated design. The entry-level SUV is now all grown up, both literally and figuratively. It’s especially true in this high-end spec with numerous Shadowline upgrades to black out body details, including the side mirror caps and kidney grille. 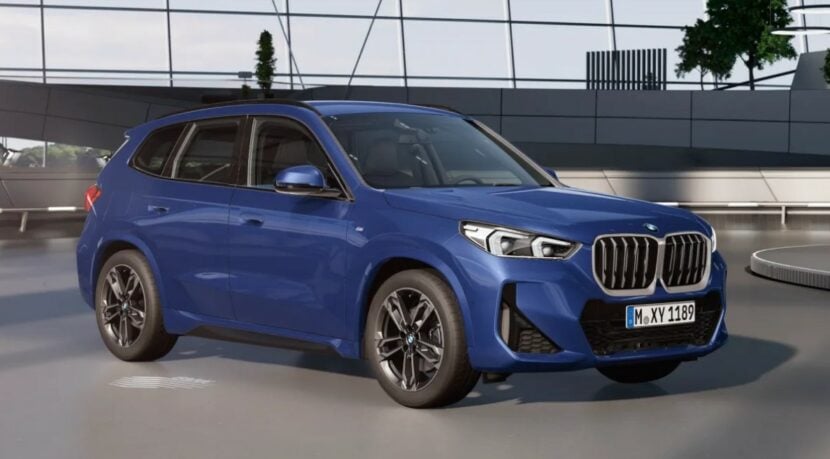 Those looking for a funkier styling approach will have to wait for the next-generation MINI Countryman as it will share the same platform, engines, gearboxes, and whatnot. In fact, the two crossovers are going to be assembled under the same roof, with BMW’s factory in Leipzig to assemble the duo. Much like the X1 and its iX1 counterpart, the Countryman will spawn a purely electric derivative.

This xDrive23i is currently the most potent gasoline version of the new X1 by packing 218 horsepower but a first-ever M Performance version is on its way. The M35i is believed to have 315 hp from an updated B48 engine that’ll also be used by the upcoming M135i facelift and next-generation X2 M35i. Much like the xDrive23i, the “M Lite” model will be sold exclusively with all-wheel drive.

It already looks like BMW has another winner on its hands, especially now that there’s an EV version as well. With small crossovers still being all the rage – especially in the luxury segment – the revamped X1 should help the German luxury marque boost its sales figures furthermore after setting an all-time record in 2021.