2023 BMW iX1 Arrives At Dealer, Already Gets The Walkaround Treatment

Although not a direct successor to the i3, the new iX1 fulfills the same role as the quirky hatchback by serving as BMW’s entry-level EV. It’s facing an uphill battle what with all the stiff competition in this challenging segment, but it has the necessary ingredients to become a commercial success for the company. Being based on the third-generation X1, the electric crossover is off to a good start since the U11 has brought improvements across the board.

Unveiled less than a month ago, the zero-emissions iX1 is already arriving at dealerships in the sole xDrive30 specification that will be available upon launch. We’re dealing with a Mineral White metallic example equipped with the M Sport Package, 20-inch Individual wheels, and a Mocha Vernasca leather interior. Overall, it’s a high-end version of BMW’s belated Tesla Model Y rival. It also gets the typically blue “i” accents, a head-up display, and brown leather on the door cards. 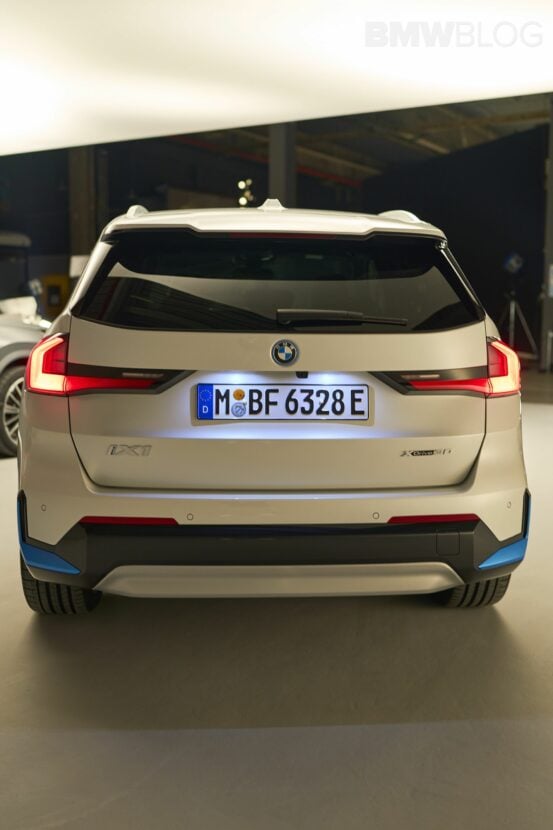 The compact electric all-rounder will be sold initially only with all-wheel drive courtesy of two electric motors – one at the front axle and the other powering the rear wheels. 313 horsepower and 494 Newton-meters (364 pound-feet) of torque should be more than enough for such a small crossover. With a 0 to 62 mph (100 km/h) sprint in 5.7 seconds, it promises to offer brisk acceleration for a family-oriented vehicle.

Sadly not coming to the United States, the iX1 costs from €55,000 in Germany before options. Logic tells us a cheaper version with a single electric motor and front-wheel drive should follow to broaden the model’s customer base. For the time being, the xDrive30 will get a battery pack with a usable capacity of 64.7 kWh and enough electric juice for up to 272 miles (438 kilometers) of range in the WLTP cycle.

BMW Deutschland is already taking preorders for the iX1 in base (with or without the blue accents), M Sport Packet, and xLine specifications. The EV will be available in its domestic market from November 2022.