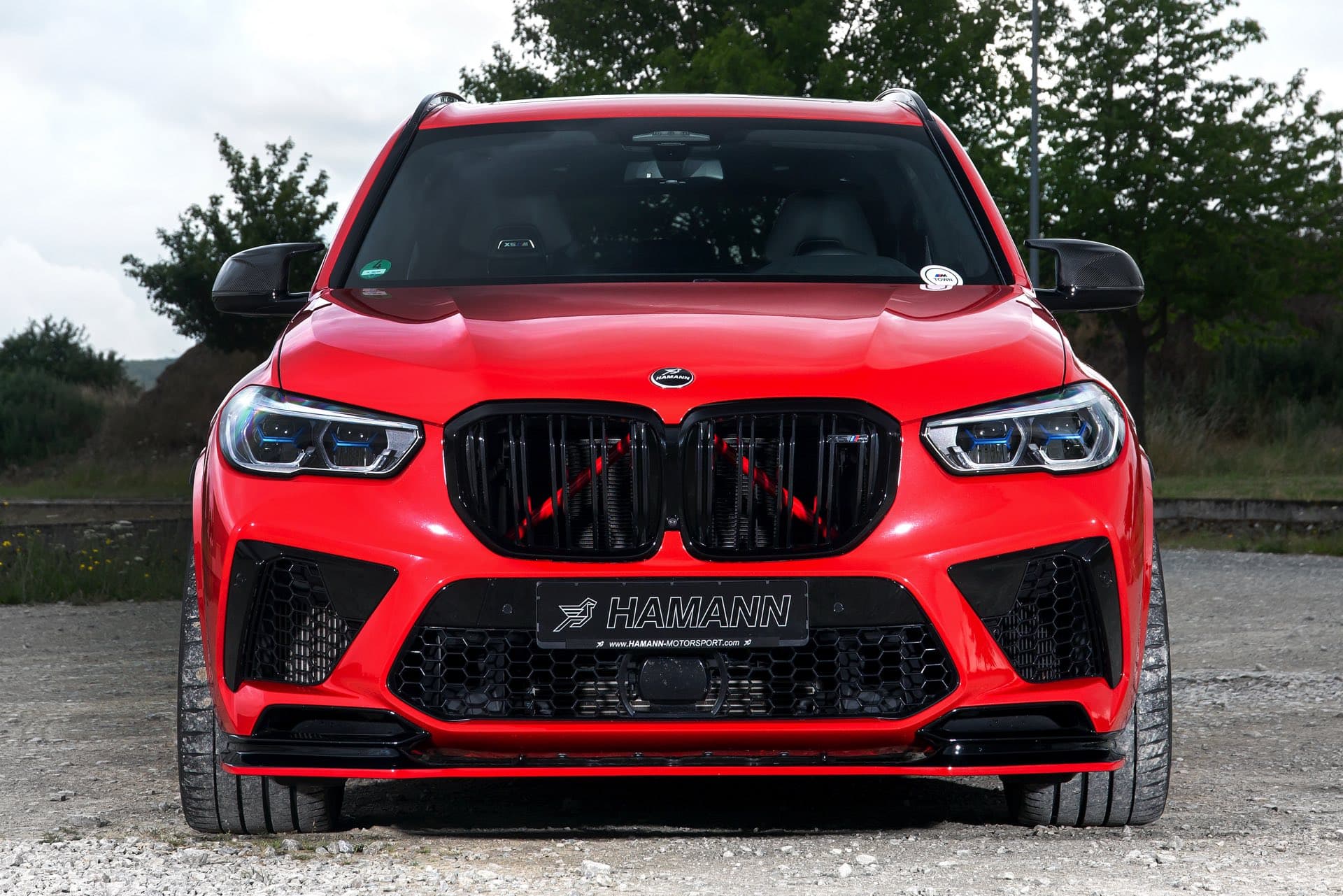 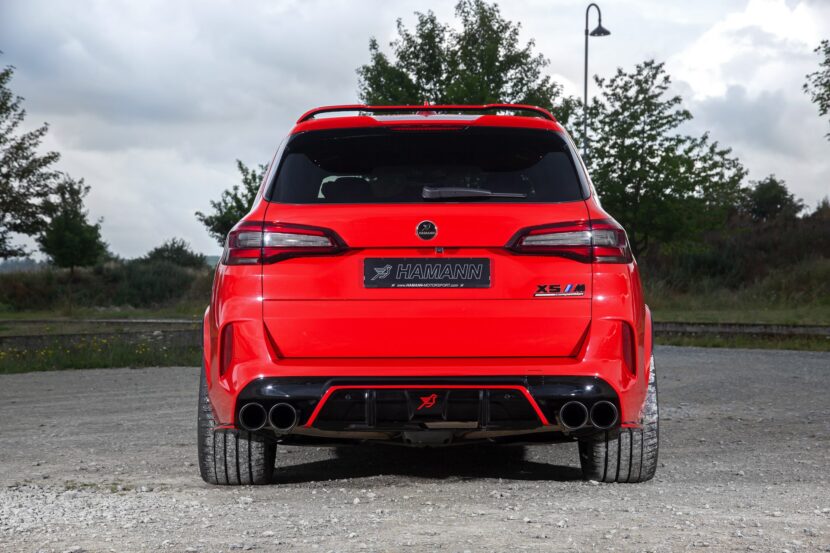 But HAMANN wanted to focus mainly on the aesthetics. The X5 M F95 gets a series of exterior and interior upgrades, including, but not limited to: carbon fiber front spoiler, roof spoiler, rear diffuser, side skirts, rear winglets, HAMANN emblem painted on panel in center console and Various emblems and stickers. Of course, a new set of wheels was specifically designed for the X5 M. The 23 inch complete wheel set Anniversary Evo comes with special painting in either Hyper Silver, Graphite Grey or Matte Black. The huge wheels are covered all around with 315 millimeter wide Continental Sport Contact 7.

The sound was also improved, thanks to a custom exhaust system. It features four 115 millimeter tailpipes with carbon coating. But that’s not all. The ride quality was next on the list of upgrades. The custom springs lower the X5 M by about 35mm, improving handling and driving dynamics. 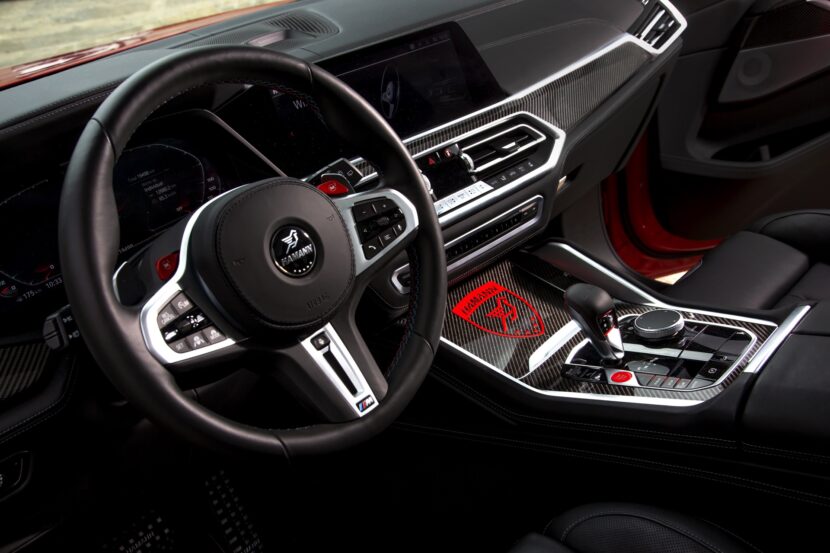 Inside, you will find the red Hamann logo on the cover in front of the gear lever and the BMW roundel on the steering wheel has also been replaced by a Hamann emblem. The individuality is further underlined by exclusive pedals, footrests and floor mats. When you exit the car, the LED door projectors with the HAMANN logo are a real eye-catcher. The trunk is also protected by custom Hamann floor mats. 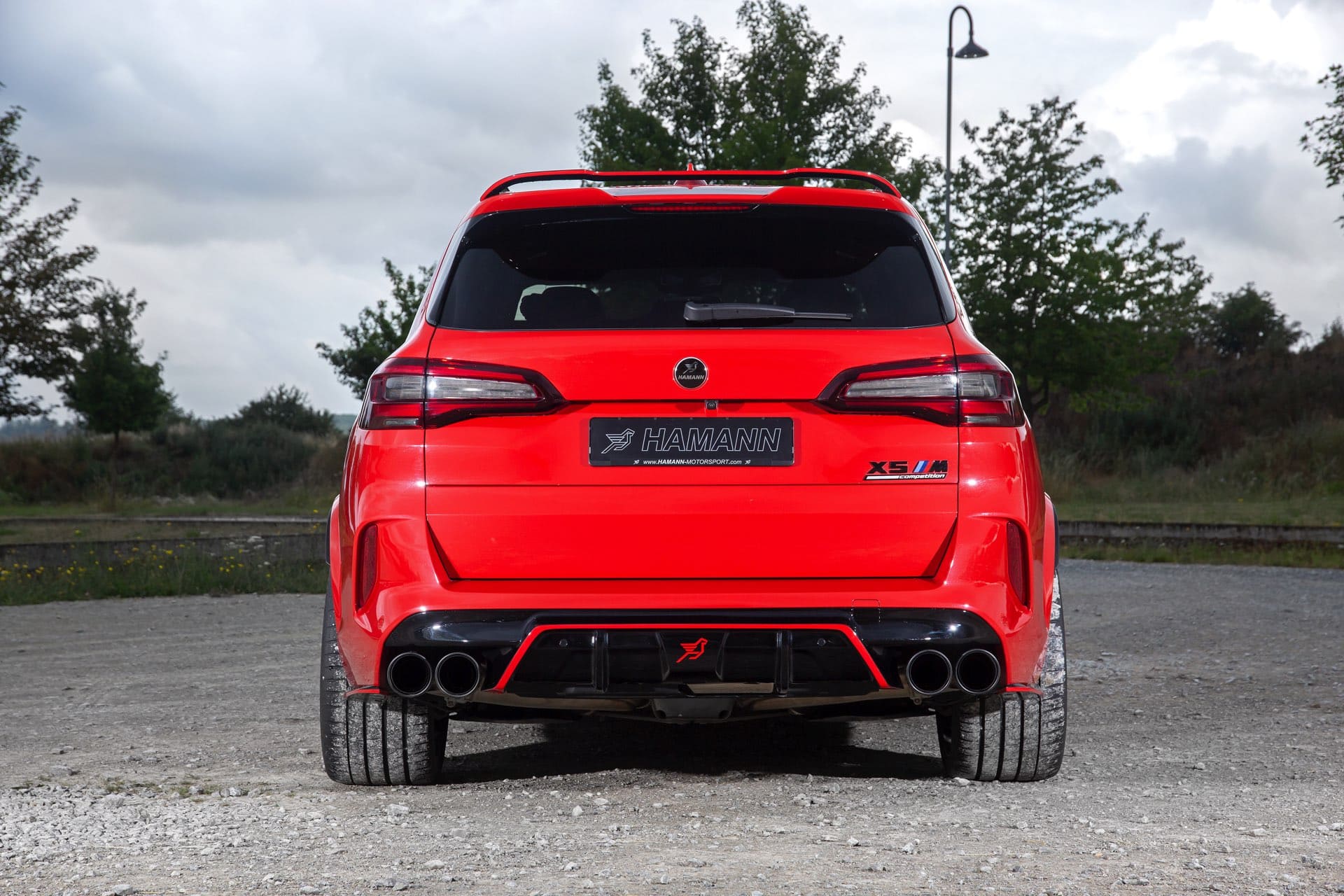 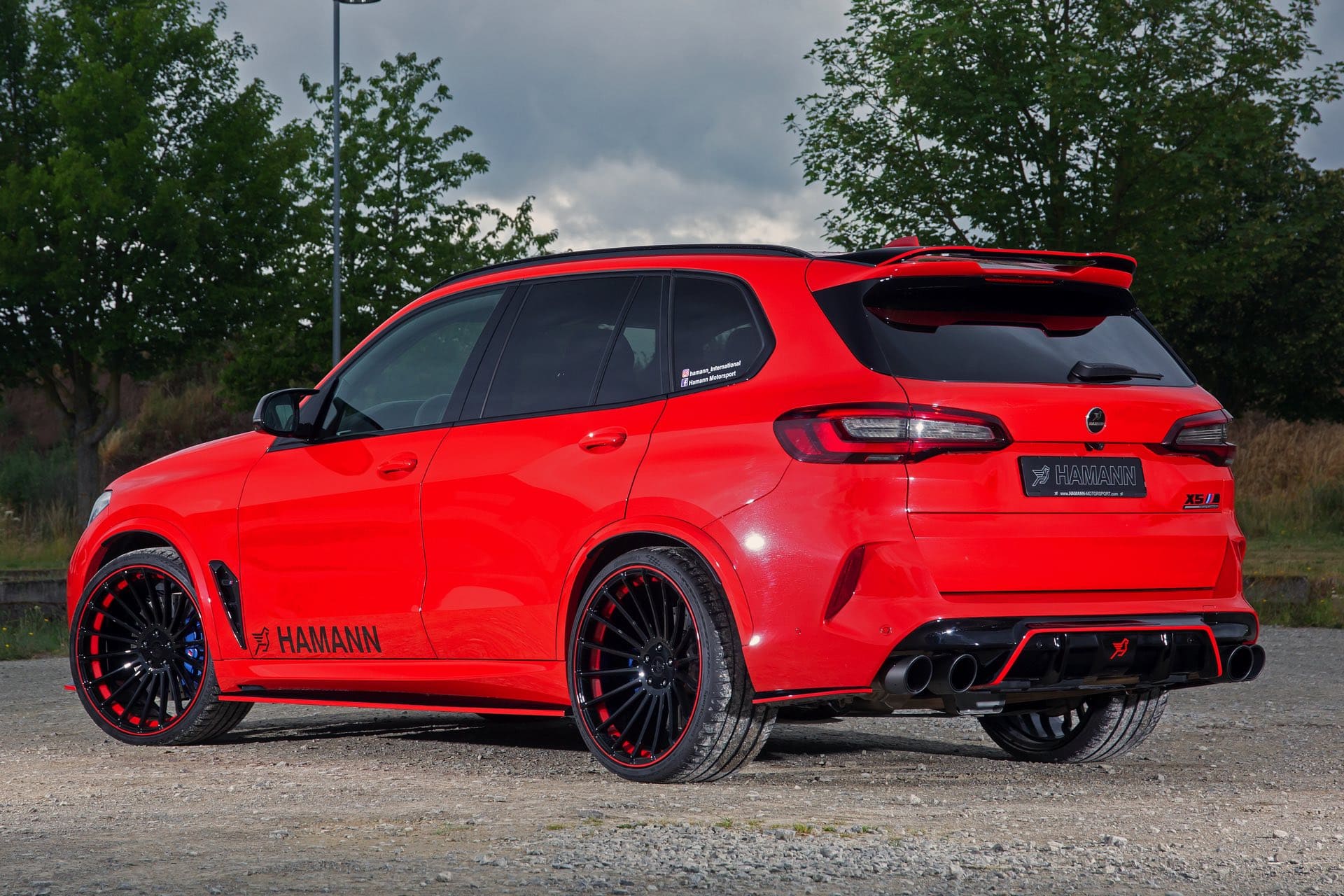 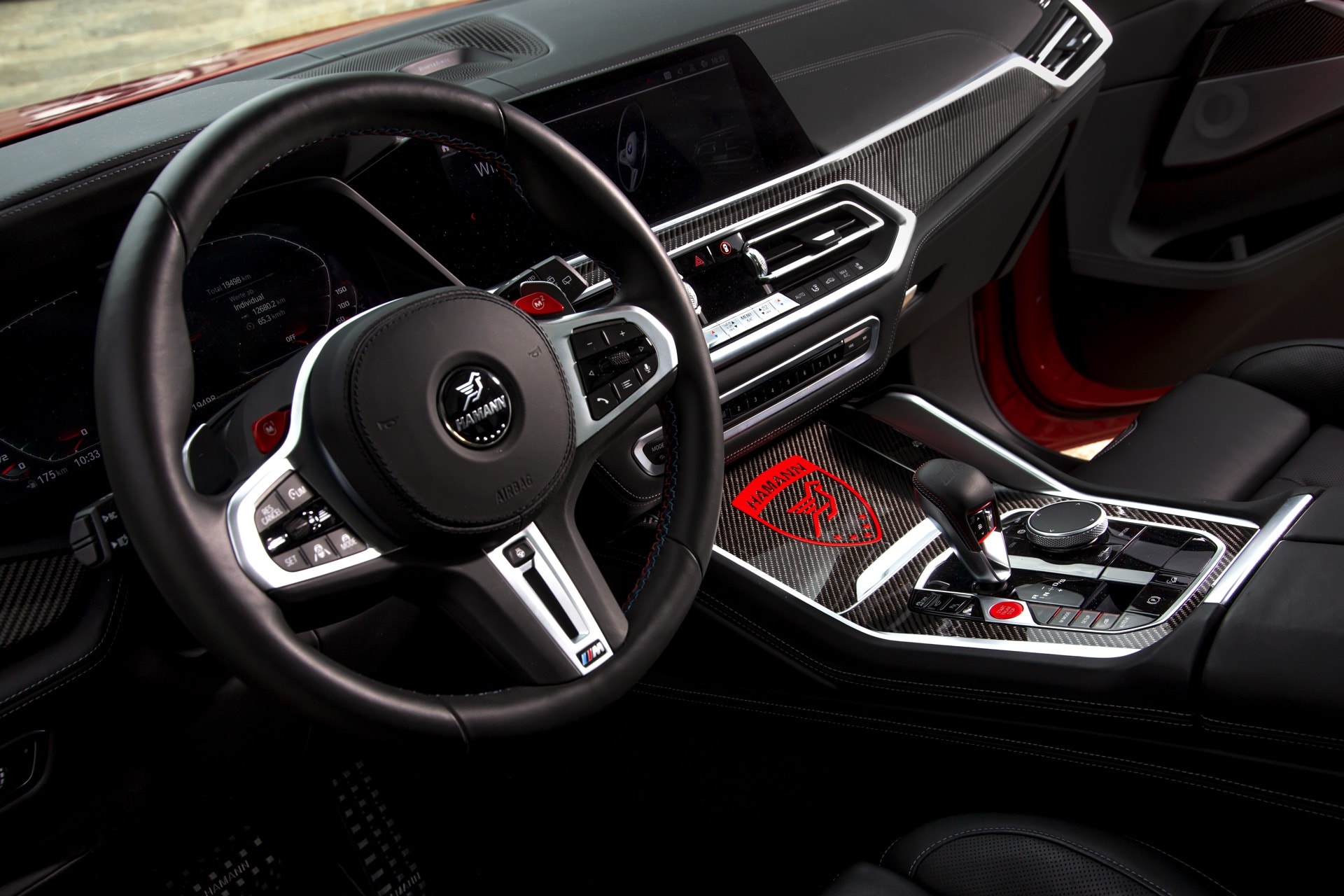