Say what you will about the BMW iX’s styling, but there’s nothing quite like it on the market today. The more potent M60 largely retains the same appearance but elevates the electric SUV in terms of performance. With a starting price of $108,900 for the 2023 model year, the M Performance version certainly doesn’t come cheap, but you do get a lot of car for your money’s worth. It blends practicality and technology with luxury and sports car-like acceleration.

The 2023 iX M60 is arriving at dealers across North America and BMW of Fort Washington recently took delivery of the M-branded SUV without a combustion engine. The walkaround video puts the spotlight on a Black Sapphire example with one of the optional 22-inch two-tone wheels available. To spruce up the interior, the vehicle comes with the Castanea Chestnut perforated leather upholstery. 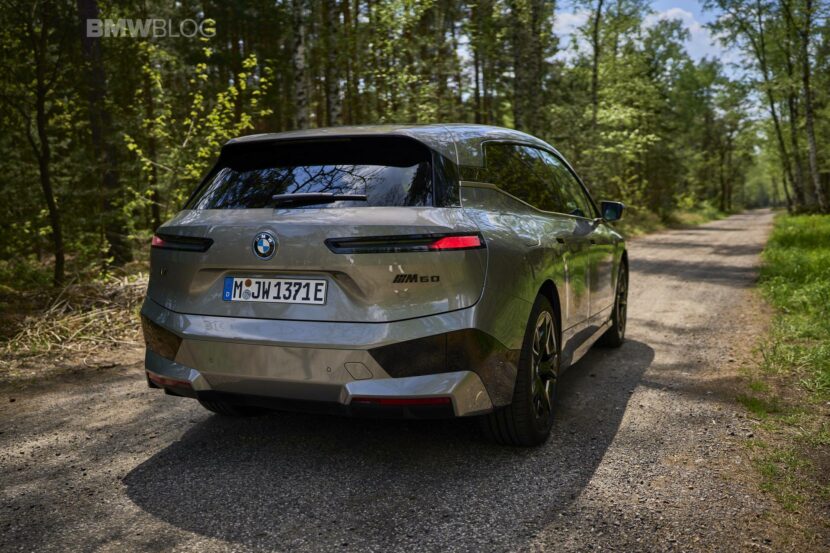 We’d argue the futuristic cabin is perhaps the best match for BMW’s Operating System 8 with the two big screens side by side in the same glass housing. The latest iDrive has since trickle down to several models, including the more affordable ones such as the 2 Series Active Tourer where it has slightly smaller displays.

This M60 has only a few boxes ticked on the options list and retails for $113,420 after adding the Driving Assistant Pro and Luxury Packages. The former encompasses adaptive cruise control and the Parking Assistant Professional Pro while the latter has the fancy glass and wood controls. The M Performance iX already comes pretty loaded in stock form, so there aren’t that many extras you can add. Even the 30-speaker Bowers & Wilkins surround system is standard, and we can say the same thing about air suspension at both the front and rear axles.

It’ll take a while before BMW will launch a fully fledged M electric car, but the future does look bright taking into consideration the recently revealed quad-motor widebody i4 Coupe.