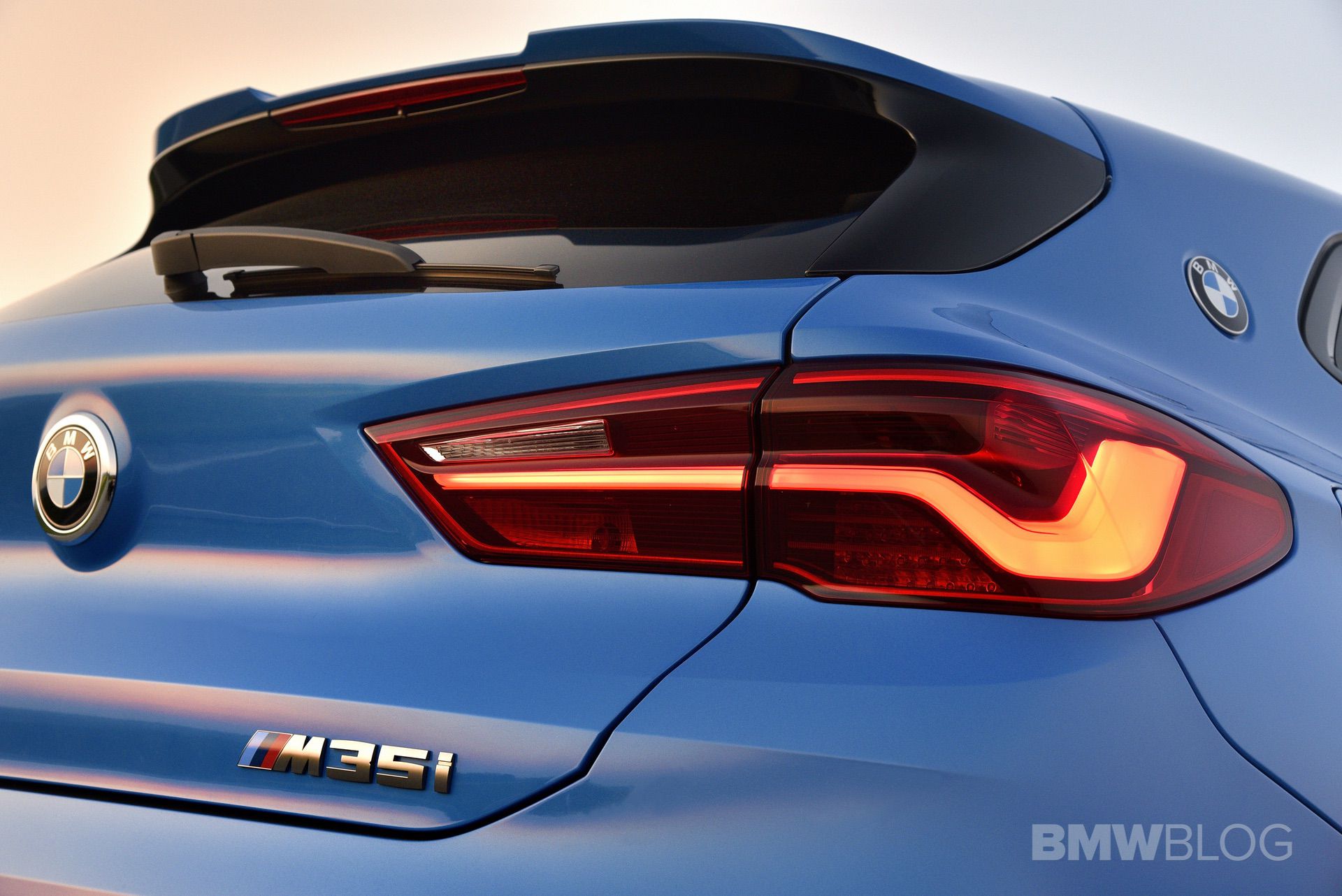 When the current BMW X2 first debuted, it was certainly an answer to a question that no one asked. However, since that unasked question’s been answered, by a frumpy looking crossover with an upside down grille, it’s actually been quite popular. Popular enough that it’s not only going to get a second generation but it will get another performance variant, too. A new generation of BMW X2 M35i is on its way and it will borrow designs from its X1 sibling.

The new BMW X1 is actually a good looking little crossover and, surprisingly, one of BMW’s best modern designs. It’s sharp, bold, modern, and reserved (by modern BMW standards). Based on what we’ve seen from the X1 M35i so far, it’s going to be even better looking, with a sportier, more aggressive design. One of its more interesting design elements is its quad exhaust pipes, which are borrowed directly from its proper M Division siblings. From what we understand, the BMW X2 M35i will get the same design bits.

It will also get the same powertrain, as expected. That means a 2.0-liter turbocharged four-cylinder engine with an automatic transmission and all-wheel drive. It’s also said that both cars will get 315 horsepower, a minor bump from the 302 horsepower of BMW’s current four-pot M Performance cars.

Under most circumstances, I’d roll my eyes at the idea of yet another X2 M35i. The current one is pretty bland and I actually forgot it existed until I began writing this. However, a new one might actually be interesting. For starters, it will be better looking than the current car. But it will also be built on an updated chassis, get a bit more power, better technology, and more interior space. It might not be an enthusiast’s first choice but it will likely be a more attractive package than before.