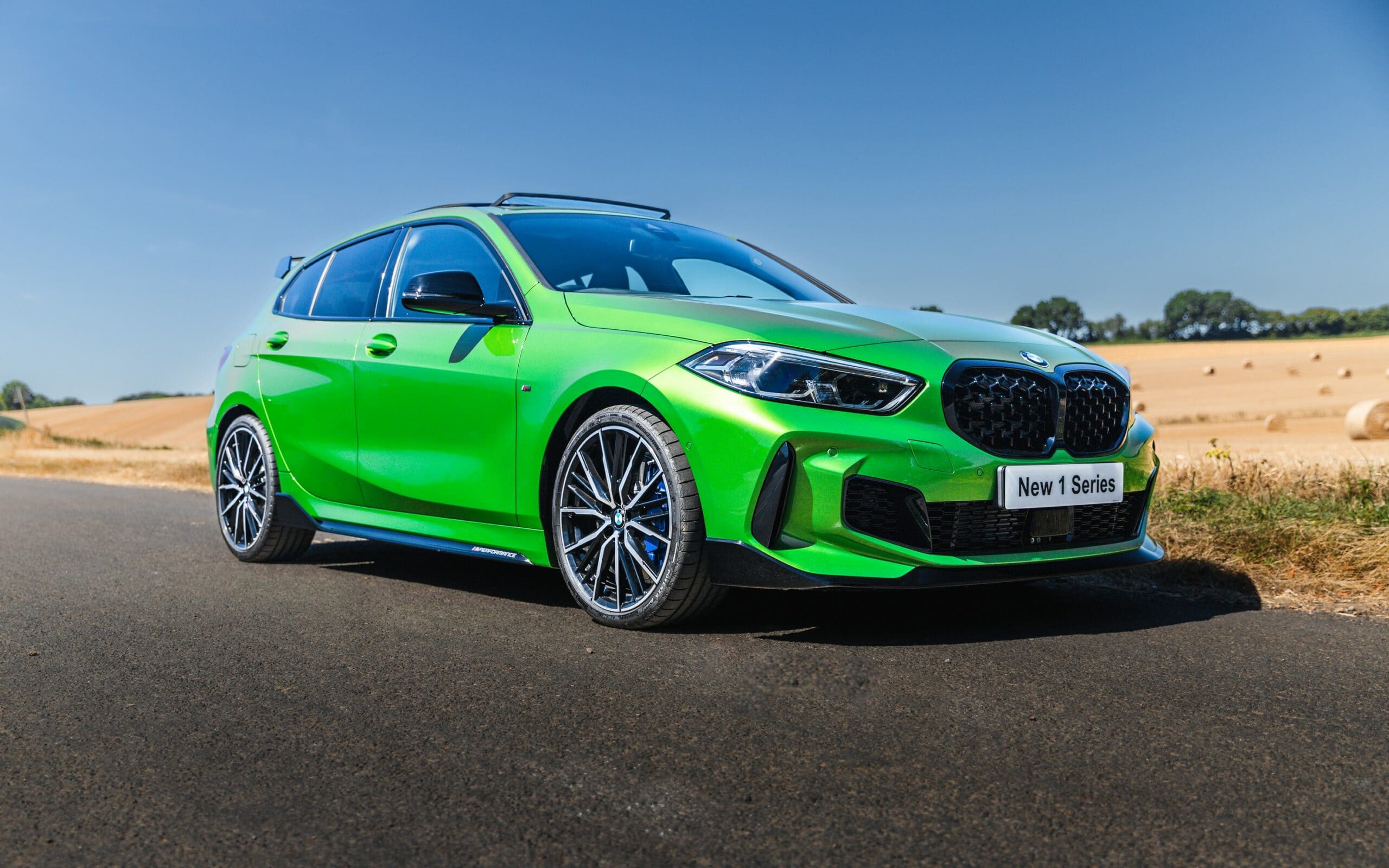 Spy shots have revealed BMW is preparing to give the M135i xDrive a nip and tuck in 2023 that will come along with quad exhausts. However, the current hot hatch can already look more aggressive provided it’s fitted with M Performance Parts. Such is the case here with this M Performance 1 Series dressed to impress in one of the most popular Individual paints – Java Green.

As if the striking paint wasn’t enough to make the M135i an attention grabber, the carbon fiber add-ons make it stand out furthermore. Easily one of the most expensive 1 Series builds we’ve seen in the front-wheel-drive era, the performance hatchback has gained a beefy roof spoiler and a more aggressive diffuser hosting the generously sized exhaust tips.

All that the right-hand-drive feisty BMW is missing are the anniversary M emblems to round off the package. The “M Performance” lettering on the chunky side skirts denotes this isn’t an ordinary version of the M135i while the two-tone alloy wheels measuring 19 inches come with blue brake calipers to contrast the strikingly green body.

With all these updates, the car is certainly a lot to take in and not a spec that will fly under the radar. It demonstrates BMW’s efforts to offer loads of customization options even for what remains its entry-level car, the 1 Series. Granted, this is the top-spec M135i and has most of the boxes on the options list ticked.

Although the 1 Series LCI won’t arrive until later in 2023, BMW has already updated the M135i by tweaking the suspension and chassis for sharper cornering. More changes are coming with the mid-cycle facelift as it is believed it’ll usher in an evolution of the B48 engine with 315 horsepower. 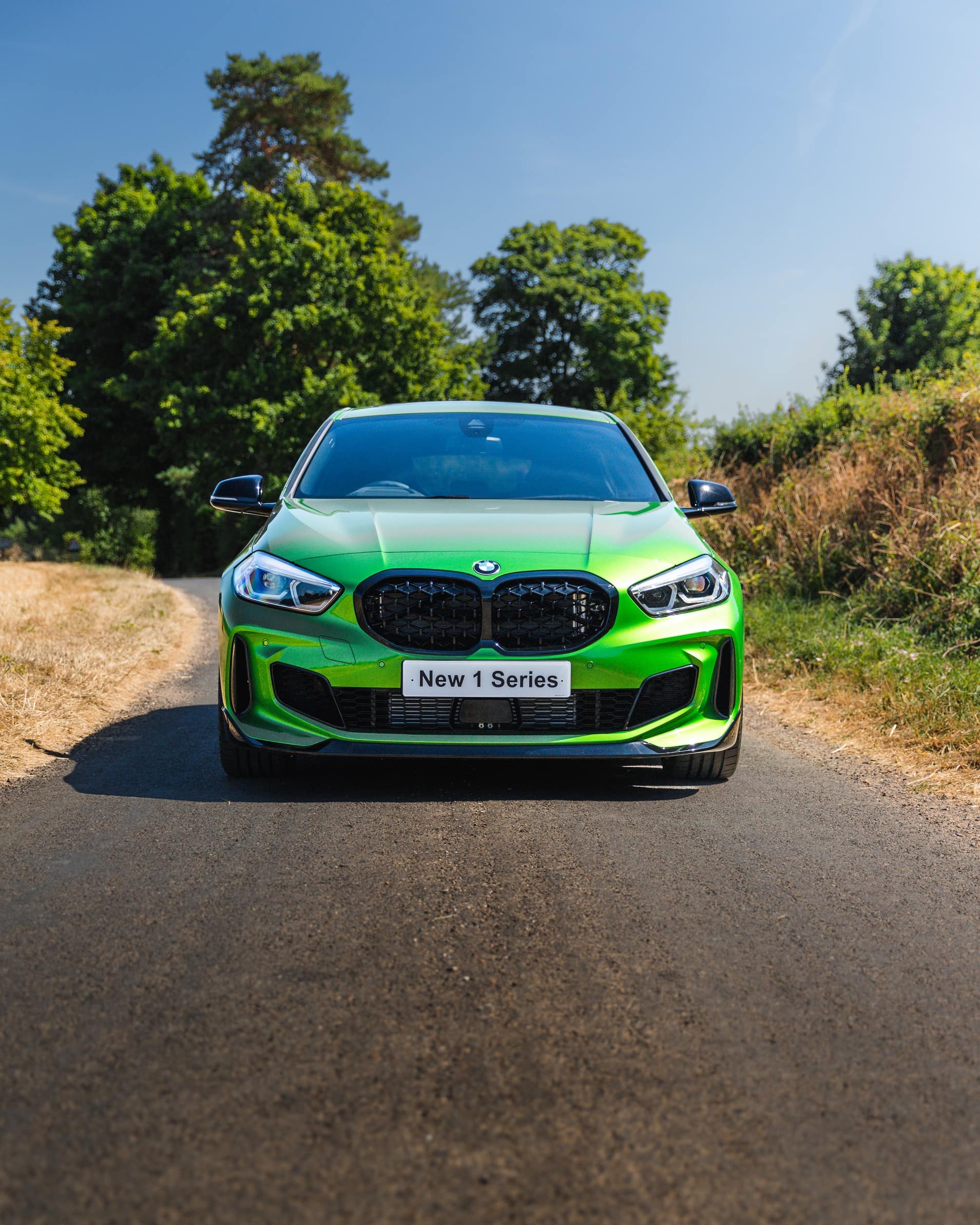 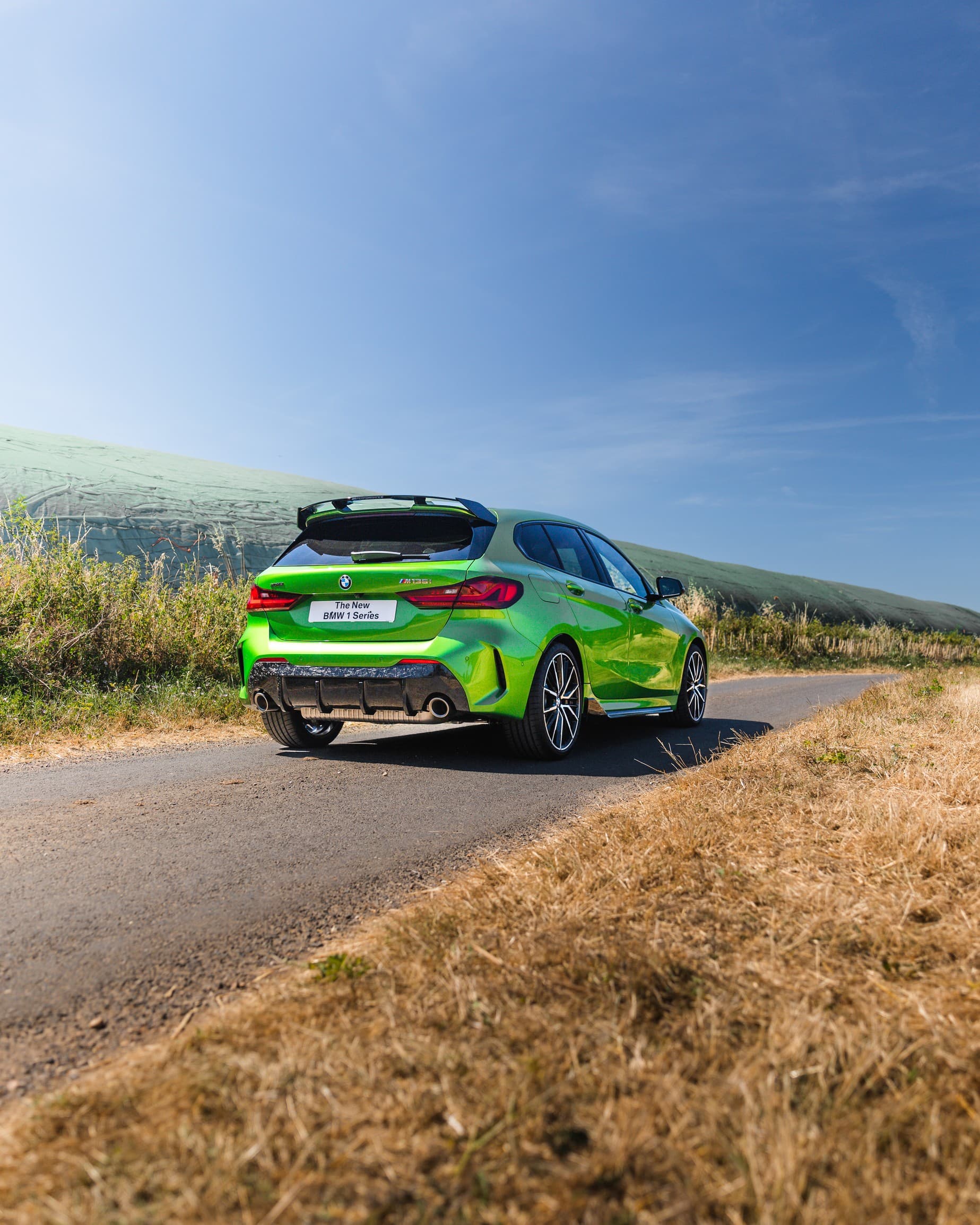 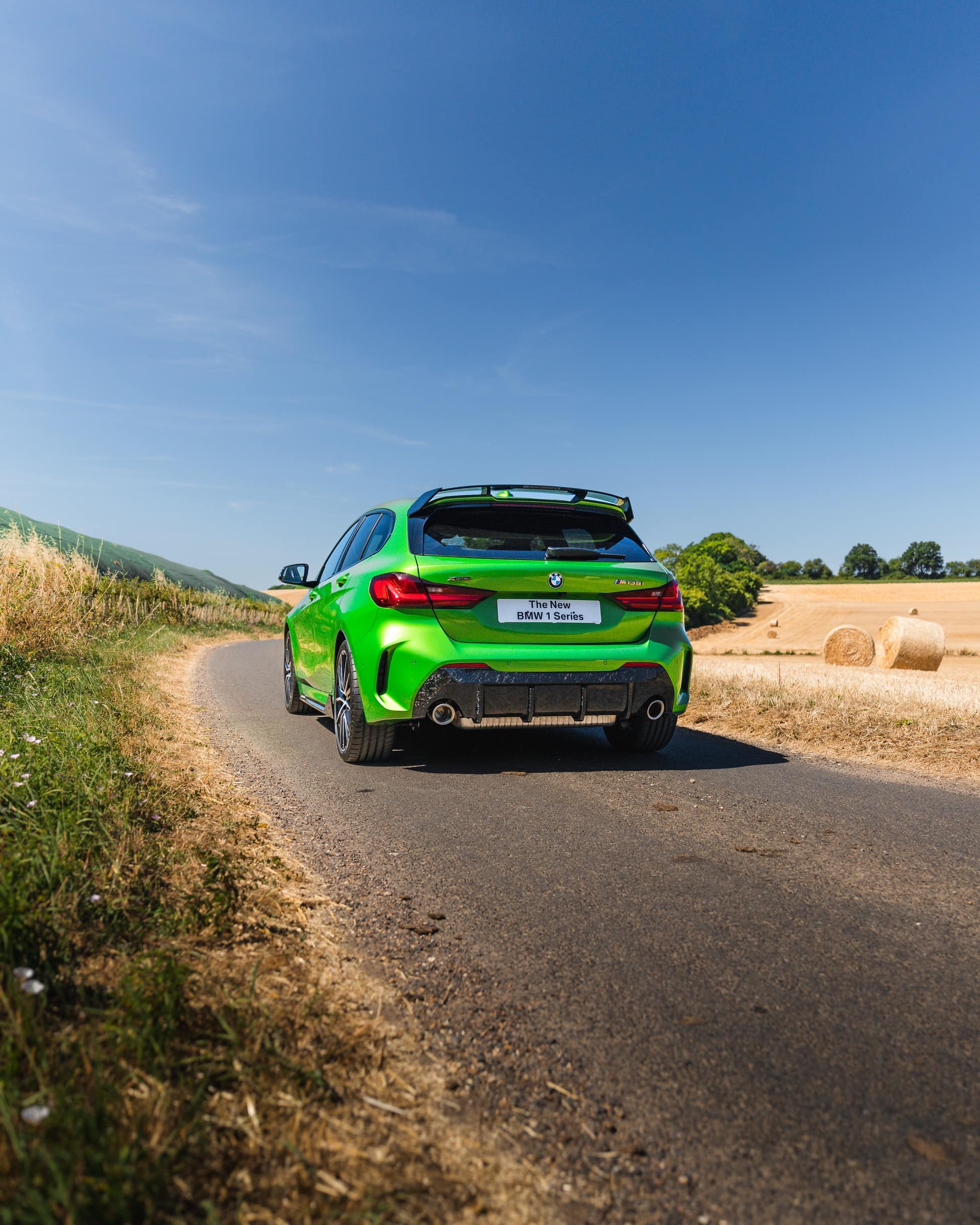 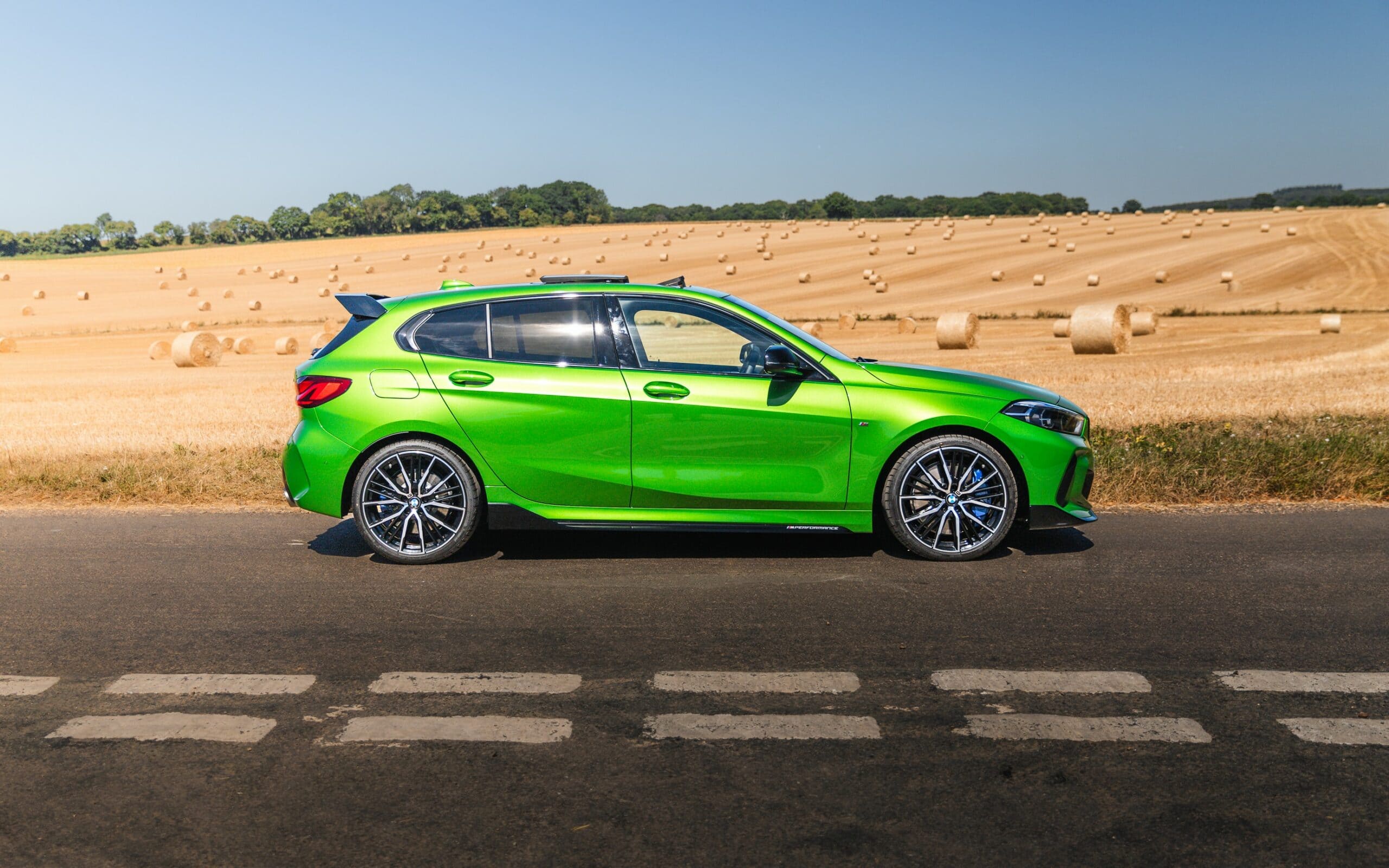 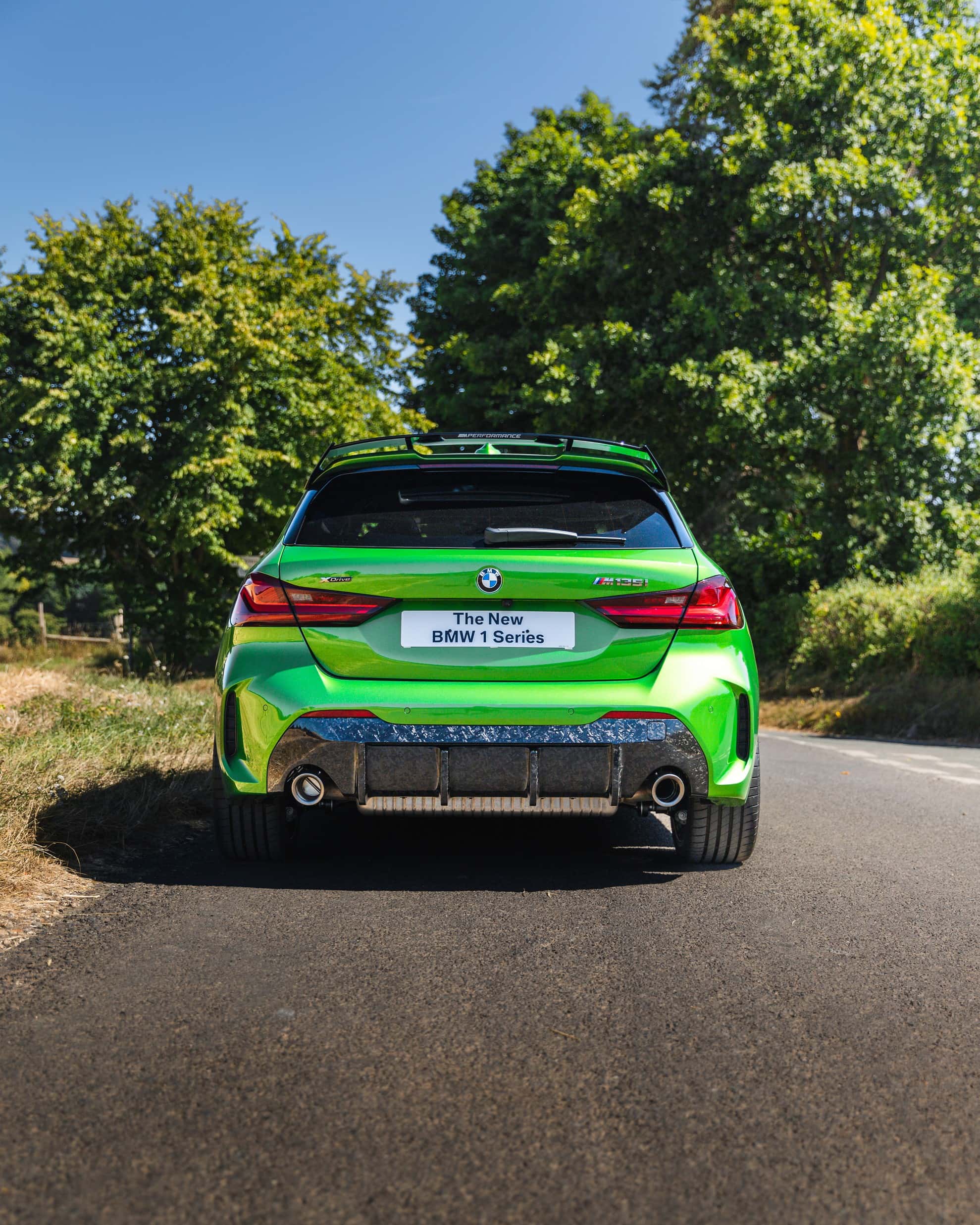 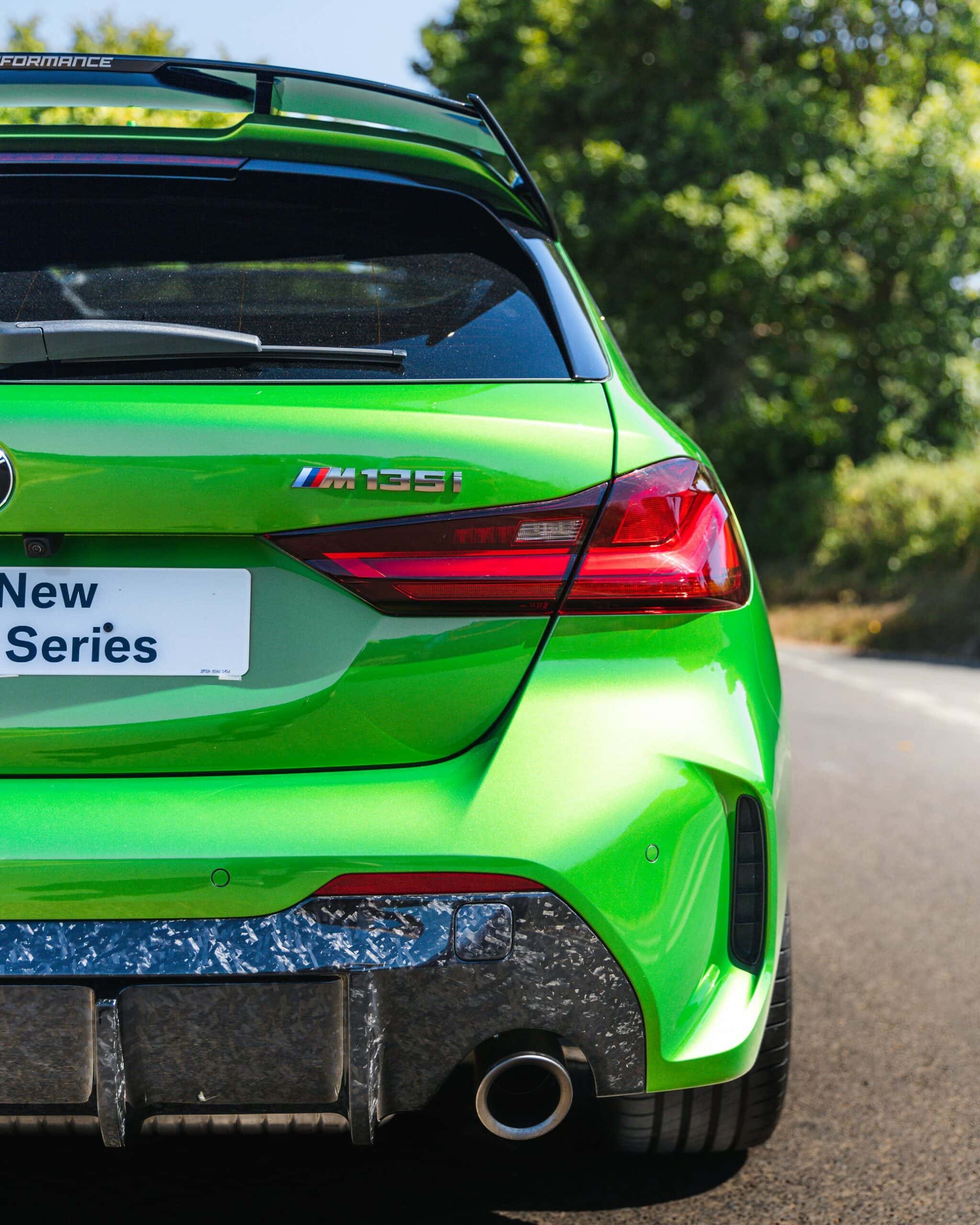 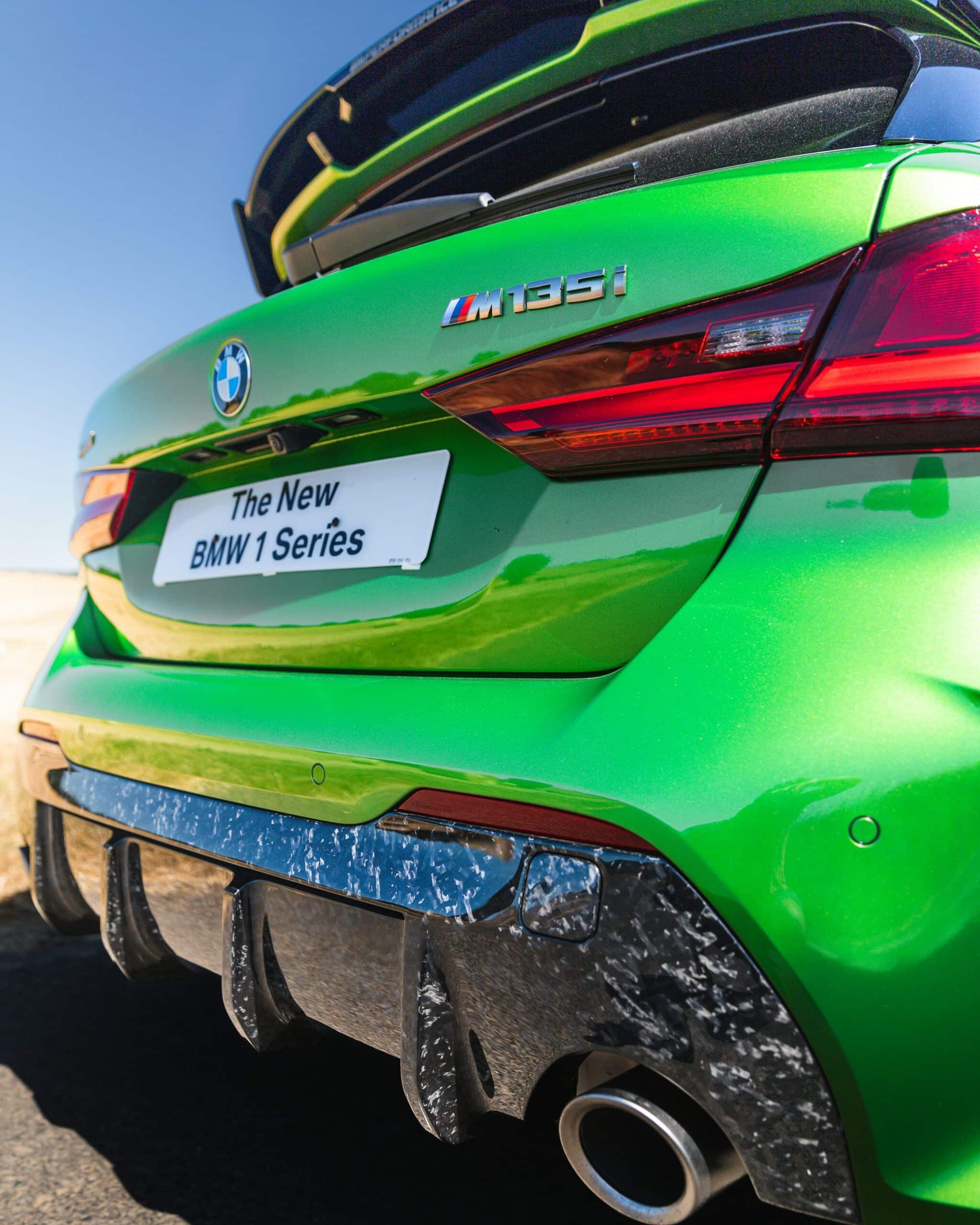 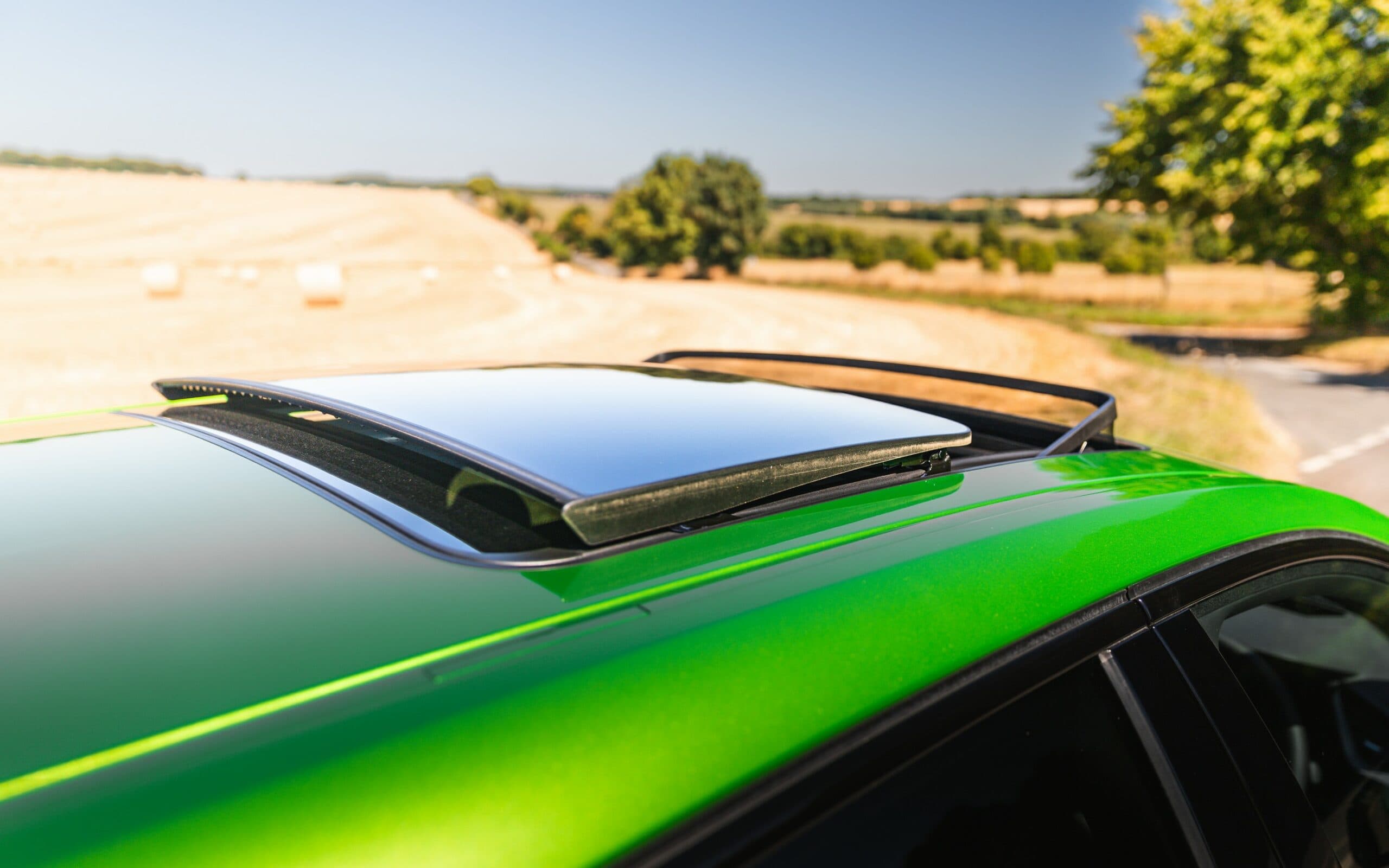 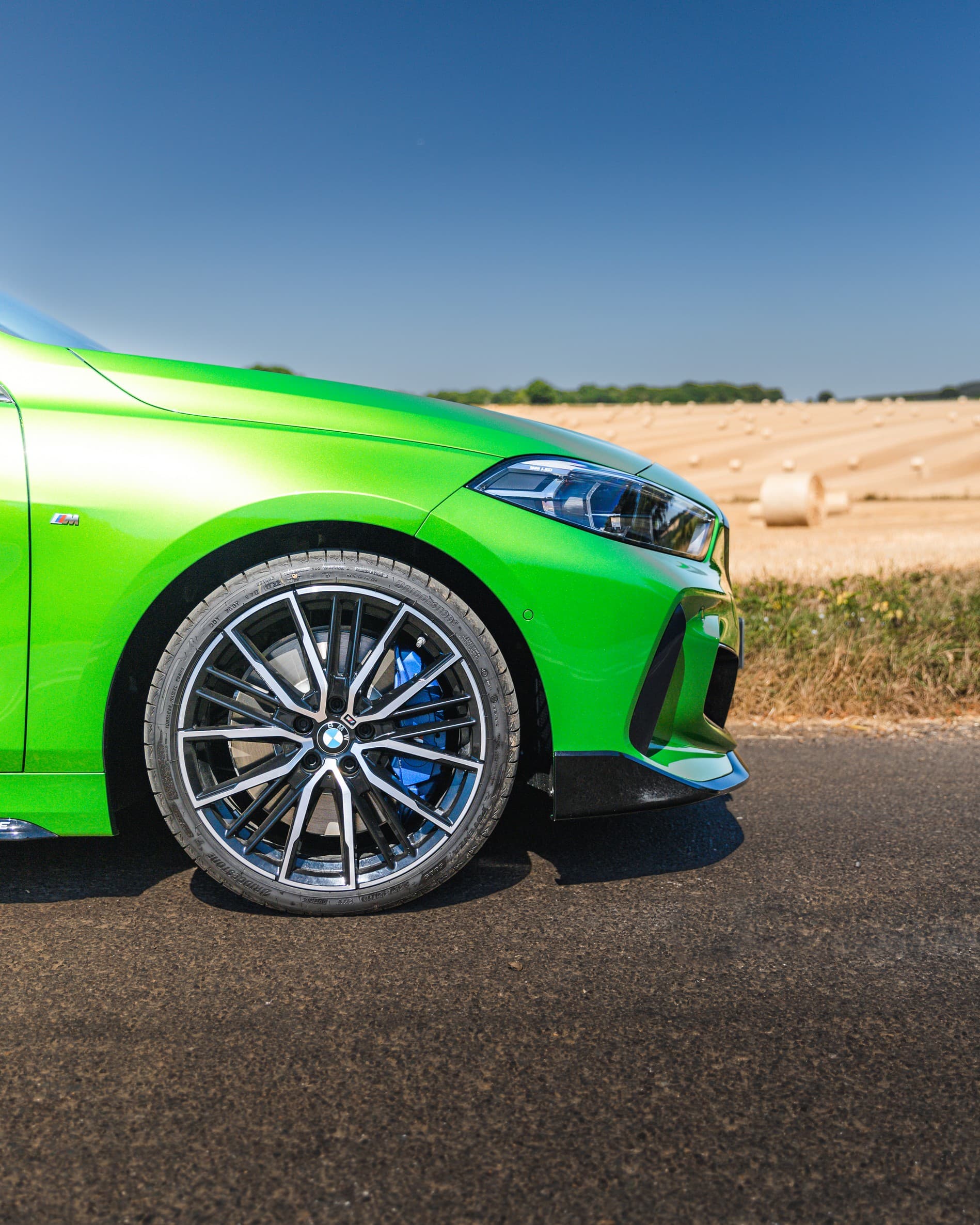 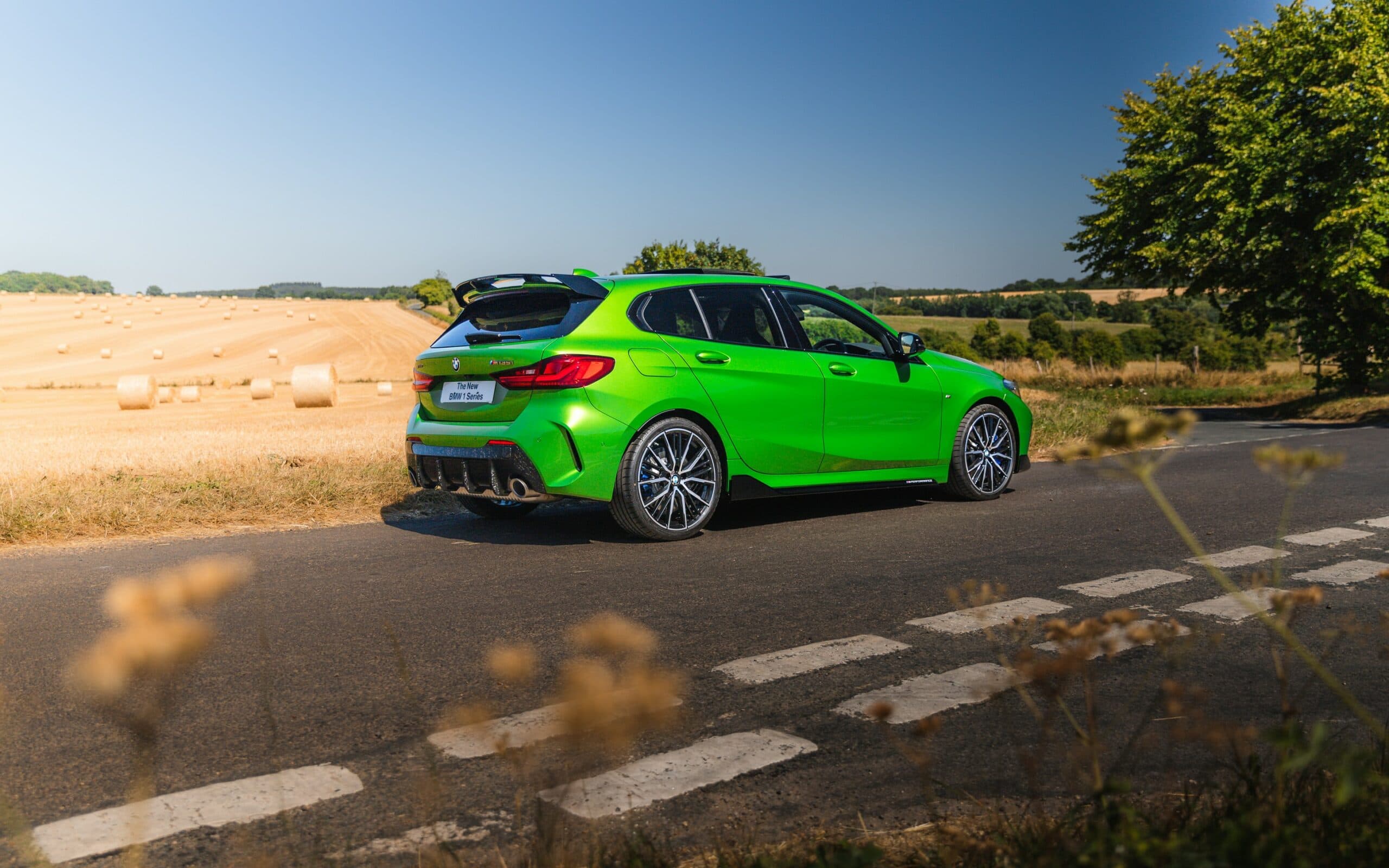