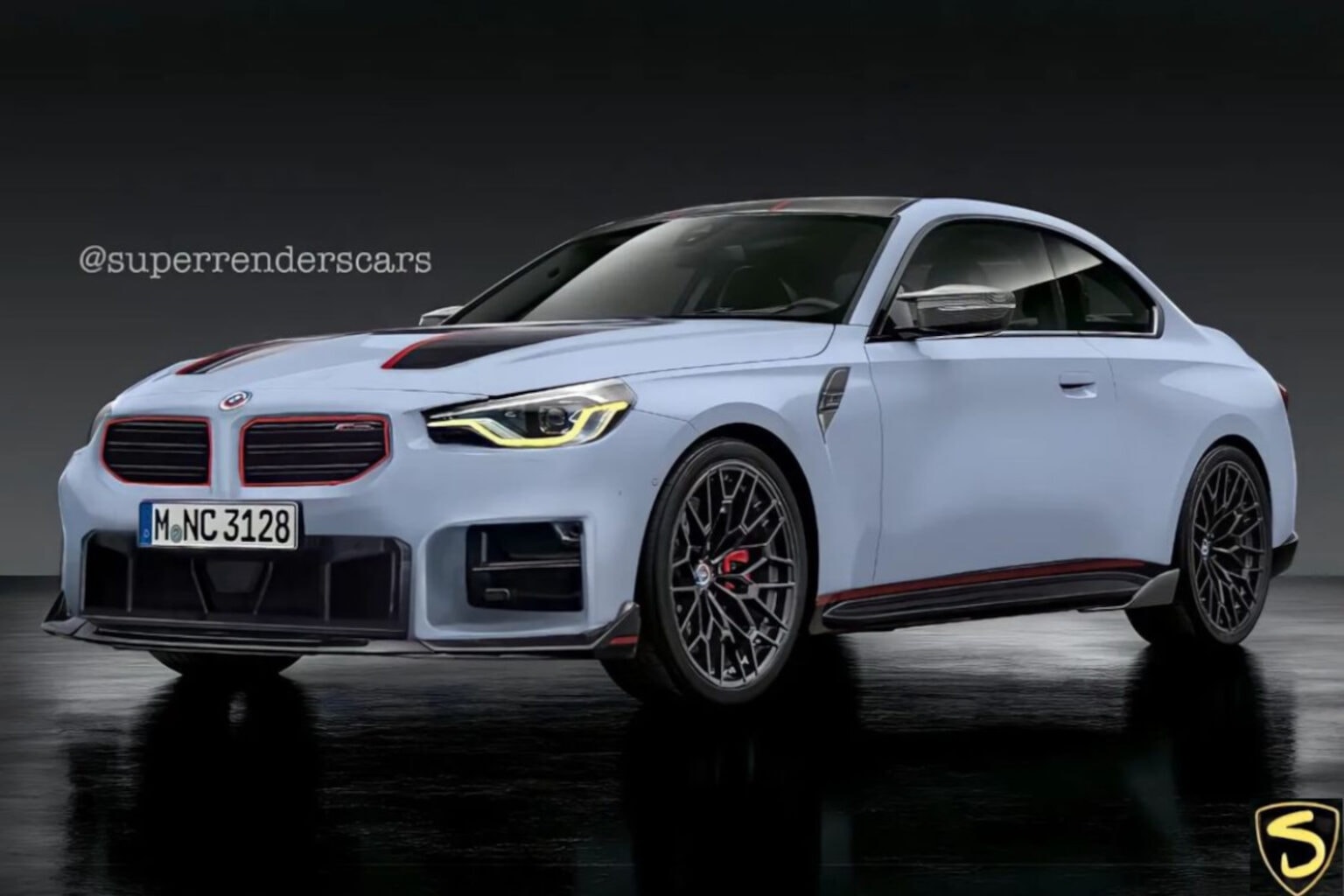 The upcoming 2023 BMW M2 contains hardly any secrets by now. The popular sports coupe was the topic of endless articles in the last two years and we even had the chance to drive a prototype. Yet, one unknown is the color palette. We’ve heard in the past about a new color choice for the G87 M2 – Zandvoort Blue – but today, sources say that at least three additional colors could be standard on the new M2: Toronto Red, Brooklyn Gray and Black Sapphire. It’s also likely that, for the first time, the BMW M2 family will get a choice of BMW Individual colors. Zandvoort Blue (C6E) is certainly the more interesting choice. According to sources, it’s a non-metallic pale blue solid similar to some extent to the body paint used for the 2002 Hommage concept from 2016.

We have extensively covered the G87 M2 in the past few months, so let’s do a quick recap. Much like big-brother M4, the smallest M car will come with a rear-wheel-drive configuration. The key difference in terms of traction between the two will be the lack of an optional xDrive as BMW will sell the car exclusively with RWD. As with the M4, buyers will get the choice between a manual and an automatic transmission. It will inherit the S58 engine from the larger coupe, but logic tells us the engineers will detune the twin-turbo 3.0-liter mill. Even so, the inline-six should still make up to 450 horsepower, which is a healthy number taking into account the base M4 has 473 hp while being bigger and therefore heavier.

With the 2 Series Coupe already switching to iDrive 8, it’s safe to say the M2 will also pair a 12.3-inch digital instrument cluster with a 14.9-inch touchscreen. M Sport seats and optional bucket seats are part of the package, along with a choice between leather and alcantara/sensatec upholstery.

The G87 BMW M2 will be assembled exclusively at the San Luis Potosi Plant in Mexico. Production kicks of this winter, followed by deliveries in Spring 2023. No BMW M2 CS and M2 CSL are currently in works, but likely one of them will end up on the production line before 2029.