BMW won’t be hosting the world premiere of the new M2 until October, but journalists have already had the chance to sample the hotly anticipated G87 generation. Not just members of the press, but also former racing driver Daniel Abt. If his name rings a bell, his father, Hans-Jürgen, is the owner of the ABT Sportline racing team and namesake tuning company.

He got the opportunity to sample what will go down in history as BMW’s last series-production M car to be powered by a pure gasoline engine. It’ll also be among the last to offer a manual gearbox, but that wasn’t the case here as the camouflaged prototype had the eight-speed, torque-converter M Steptronic automatic. 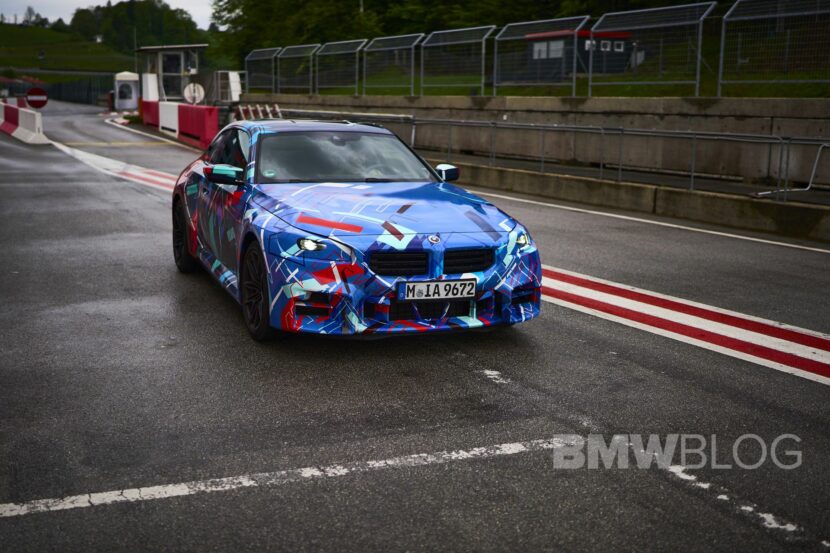 The work-in-progress M2 featured in this video also happened to have the optional M Driver’s Package since we can see the sports coupe exceeding 155 mph (250 km/h). It got up to 181 mph (292 km/h) at one point, which is actually more than the electronically capped maximum velocity of 174 mph (280 km/h) of the F87 M2 Competition and M2 CS.

Daniel ABT explains the car remained perfectly stable at full tilt without losing the rear at all and he drove it for three minutes straight at 180 mph (290 km/h) on an unrestricted section of the Autobahn. Following the top speed run, we can see the M2 performing a 0 to 62 mph (100 km/h) sprint, which although not timed, the performance coupe was picking up speed at an impressive rate.

BMW has already confirmed the new M2 will borrow the S58 engine from the M4 and detune it to about 450 hp to match the old CS. Regardless of gearbox choice, there won’t be any differences in output. Also inherited from its bigger brother will be the transmission and the brakes but without the option of a carbon-ceramic kit.