Even diehard Audi enthusiasts must admit it’s quite difficult to beat a BMW in a drag race. It’s especially true in the case of the latest M240i xDrive as it has proven to be an absolute rocket despite putting on quite a bit of weight. Carwow lined up the 2 Series Coupe in M Performance guise against the latest-generation S3 Sedan to see which warm German compact would be quicker.

To spice things up a bit more, an original RS3 Sportback from 10 years ago joined the party. The oldest car of the three is no slouch as its five-cylinder 2.5-liter engine makes a respectable 340 horsepower and 450 Newton-meters of torque. That’s only 34 hp and 50 Nm less than the brand-new M240i while the S3 is the weakest of the lot, at 310 hp and 400 Nm. 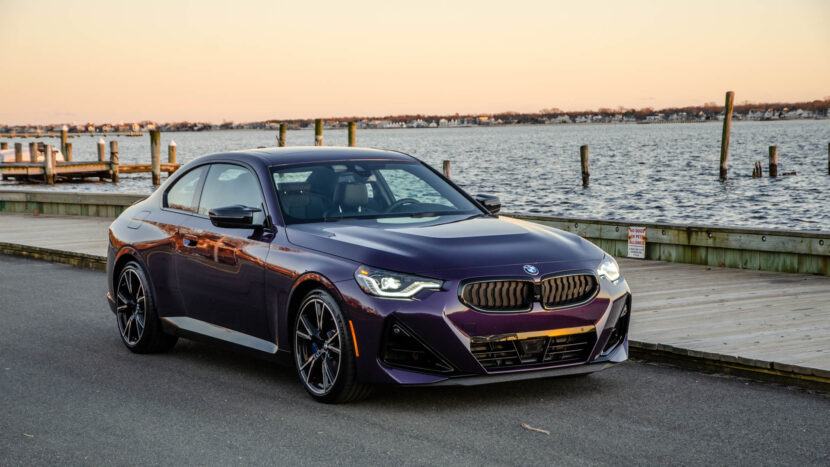 All three cars send power to both axles via an automatic transmission, but while the Audis have a dual-clutch unit, the BMW uses a torque-converter gearbox. It’s worth noting the M240i is quite the porker compared to the two cars carrying the Four Rings by weighing an extra 200 kg (441 lbs) or so. You’d think that all that extra fat and the absence of a DCT would give the 2er few chances of winning, but the result couldn’t be any different.

The Audis simply didn’t stand a chance in the two drag races as well as the roll races from 50 mph that followed. The only fight the little BMW lost was the brake test from 100 mph, with the RS3 coming to a full stop a smidge earlier.

It’s worth noting the upcoming M2 G87 won’t be necessarily any faster in a straight line than the M240i since it won’t have xDrive. It’s especially true in the case of the already confirmed manual gearbox version as the automatic will always be quicker.