This is how the new BMW 7 Series is being built

BMW has started the series production of the G70 7 Series and i7 at the Dingolfing factory earlier this month. The 2022 BMW 7 Series is one of the most complex BMWs ever built, due to the flexible CLAR architecture. The Bavarians has spent more than 300 million euros to get the plant ready for all variants of the BMW 7 Series.

The new BMW 7 Series is built on the same production line as the 5 Series, 8 Series, and the iX. But by the middle of the decade, BMW estimates half of the vehicles in Dingolfing will be electric. Also, for the first time, BMW is piloting automated maneuvers within the plant – optimizing assembly and outbound logistics processes as a result. 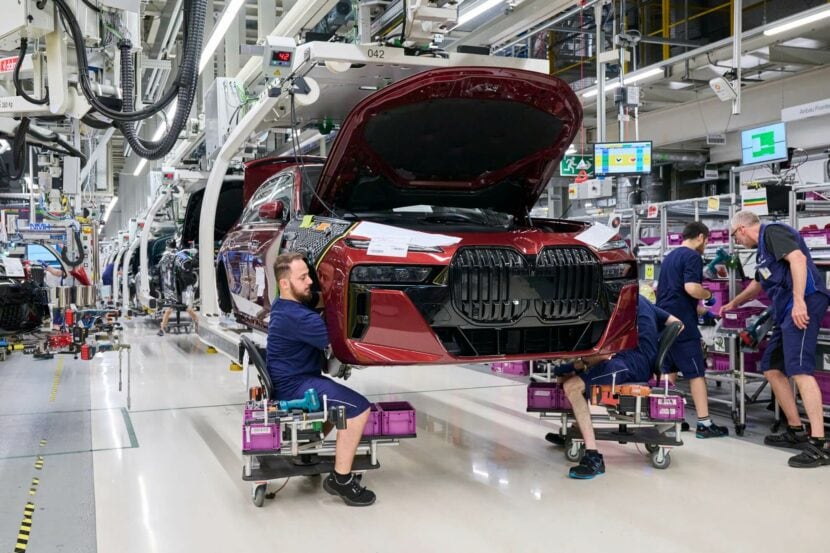 A new pilot program in the Dingolfing plant sees the BMW 7 Series driving automatically along a 170-meter route from the first ignition and initial testing area in assembly to the finish area in the plant. The same method will be used to get vehicles from the end of the finish line to the dispatch area.

Furthermore, automation – in door fitting, for instance – and a reduction in material combinations and the bonding processes required have made processes more efficient. In the paintshop, a special process has been established for the exclusive two-tone paintwork of the new BMW 7 Series, melding techniques from series production with manual painting skills. 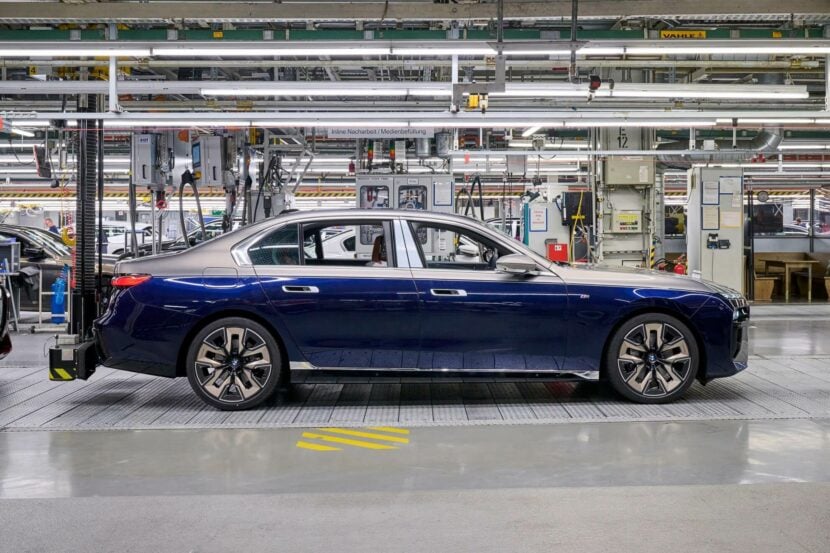 The e-drive components of the BMW i7 – specifically the high-voltage battery and highly integrated electric drive – are also made in Dingolfing. Like those of the BMW iX, BMW i4 and BMW iX3, they are manufactured nearby, in the BMW Group Competence Centre for e-Drive Production.

Recently the Competence Center launched two new production lines, enabling the facility to produce sufficient e-drives for more than 500,000 electric cars a year. The workforce has also increased, from approximately 600 in early 2020 to over 2,300 today.

The video below takes us through the process of how the new BMW 7 Series is being built in Dingolfing.