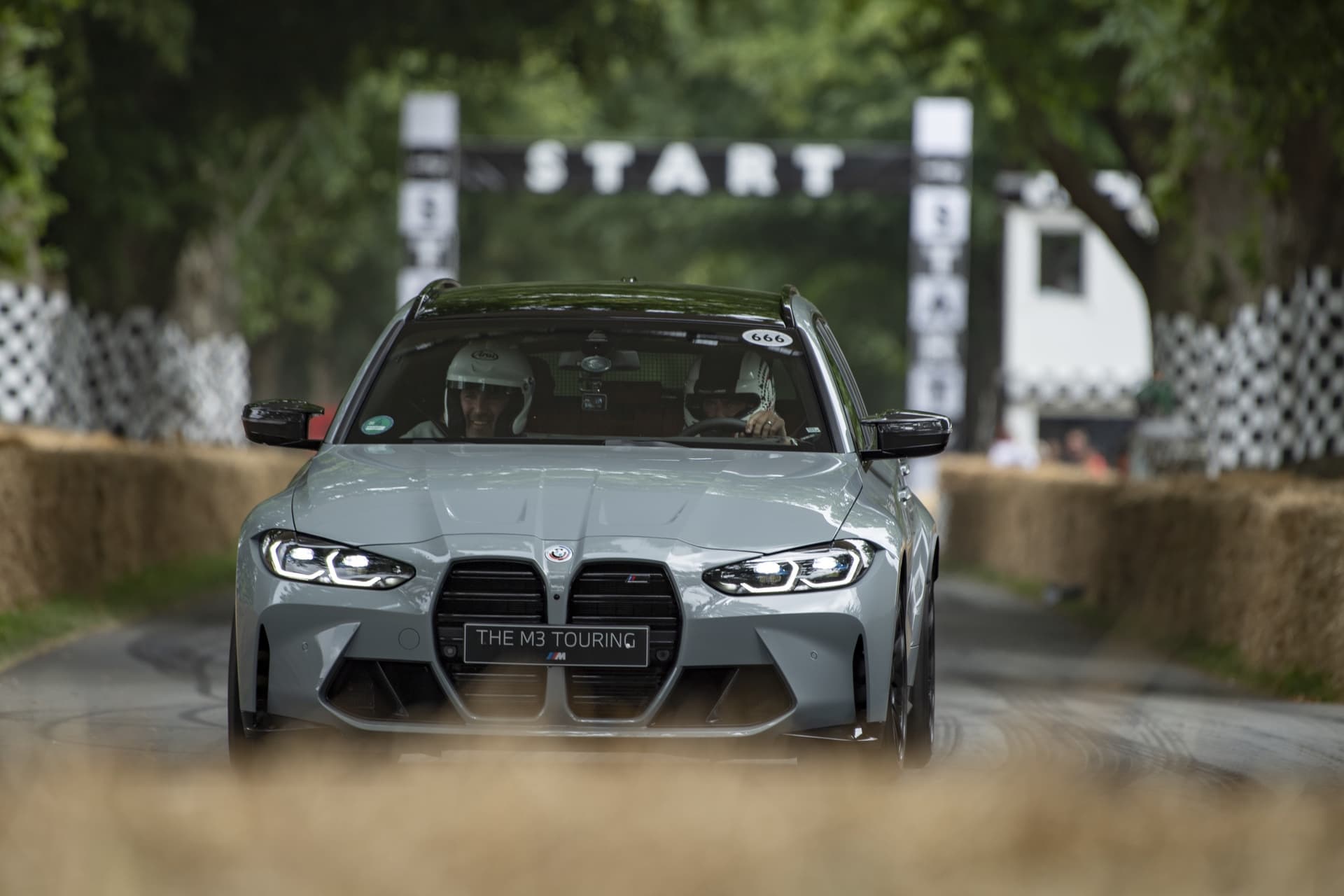 BMW had a larger presence than most brands at the Goodwood Festival of Speed, with several exciting new cars on display and in the famous hill climb. However, the Bimmer that made the biggest headlines, overshadowing even the all-new M4 CSL, was the M3 Touring. For good reason, too. The BMW M3 Touring is the first M3 wagon in history.

While in Goodwood, there were a few different examples of the M3 Touring, in different colors and even with different jobs. Most of the M3 Tourings on hand were just display cars, to show off its new design, interior, and colors. One of the M3s actually had a more important job, though, acting as the official safety car of the Goodwood Festival of Speed. It’s not just a safety car for Goodwood, though, it’s also going to be the official safety car for MotoGP, continuing BMW’s longstanding tradition with the two-wheeled motorsport. Interestingly, the safety car also had the weirdly stacked quad exhausts from BMW’s M Performance parts catalog. 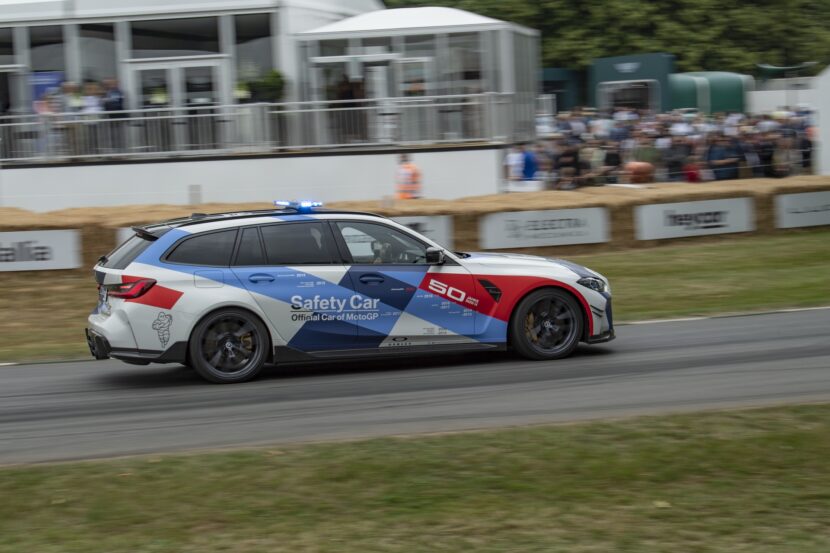 Of the cars on display, though, there were a couple of great colors. One of which was Daytona Violet, a lovely shade of purple that worked really well on the M3 Touring’s new body. It would look even better with a set of bronze wheels, which BMW now offers from its M Performance parts catalog and were actually seen on the other M3 Touring that was on display. That car was painted in Frozen Black with bronze wheels, which was great looking, too. 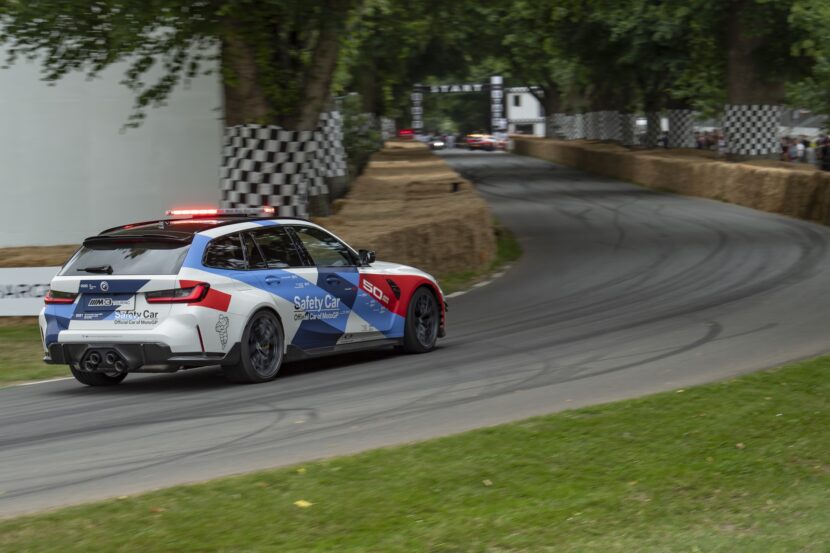 The new BMW M3 Touring will likely be the best version of the M3. For starters, it comes only in the best M3 configuration: Competition xDrive, which brings a 3.0-liter twin-turbocharged inline-six with 503 horsepower and 479 lb-ft of torque, an eight-speed automatic, and xDrive all-wheel drive. But it also gets the practical wagon body style, which makes it an even better daily driver. Sadly, the M3 Touring won’t come to the U.S. market, as it would be highly popular here. Hopefully BMW learns from its popularity and makes the next M3 Touring a worldwide product. 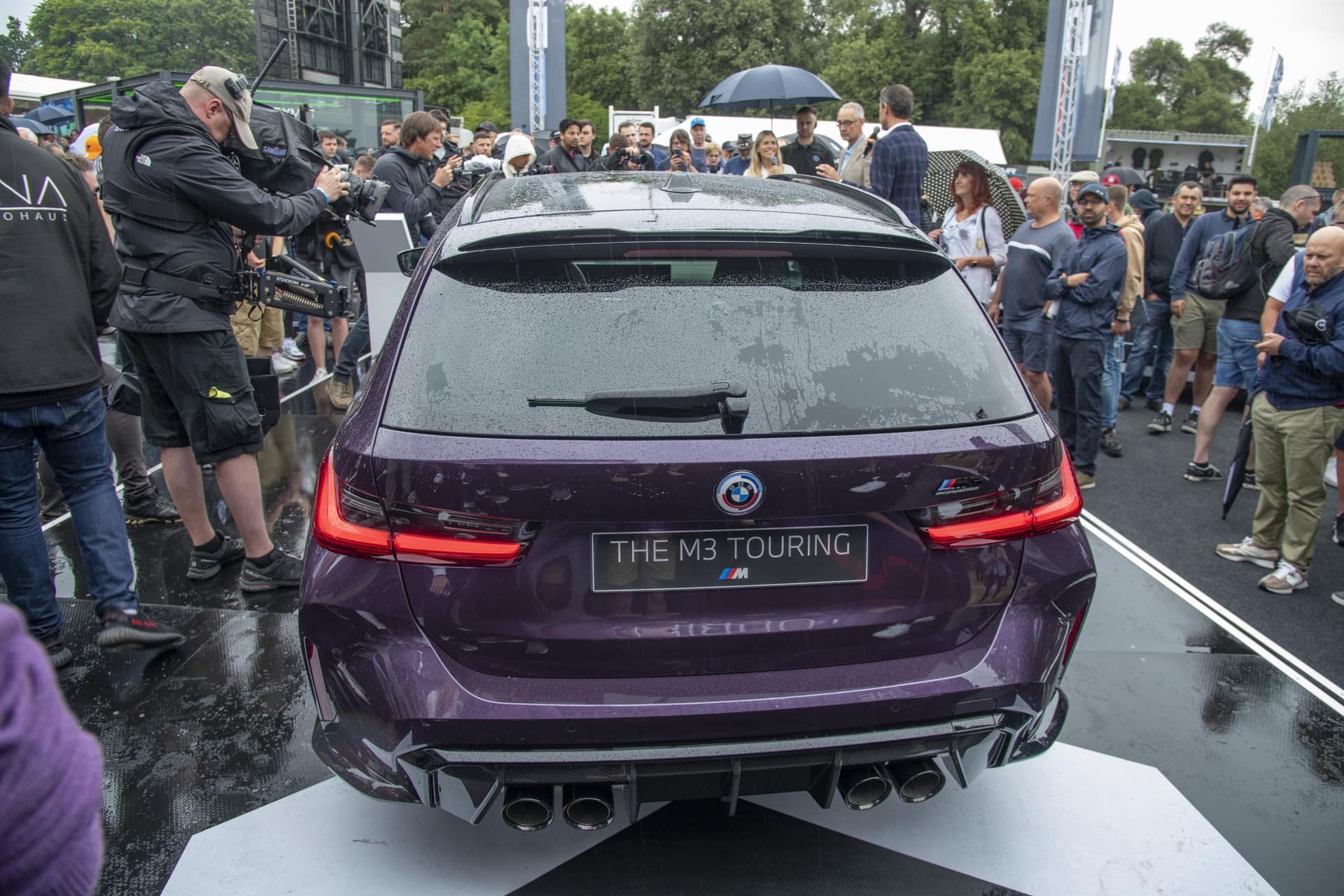 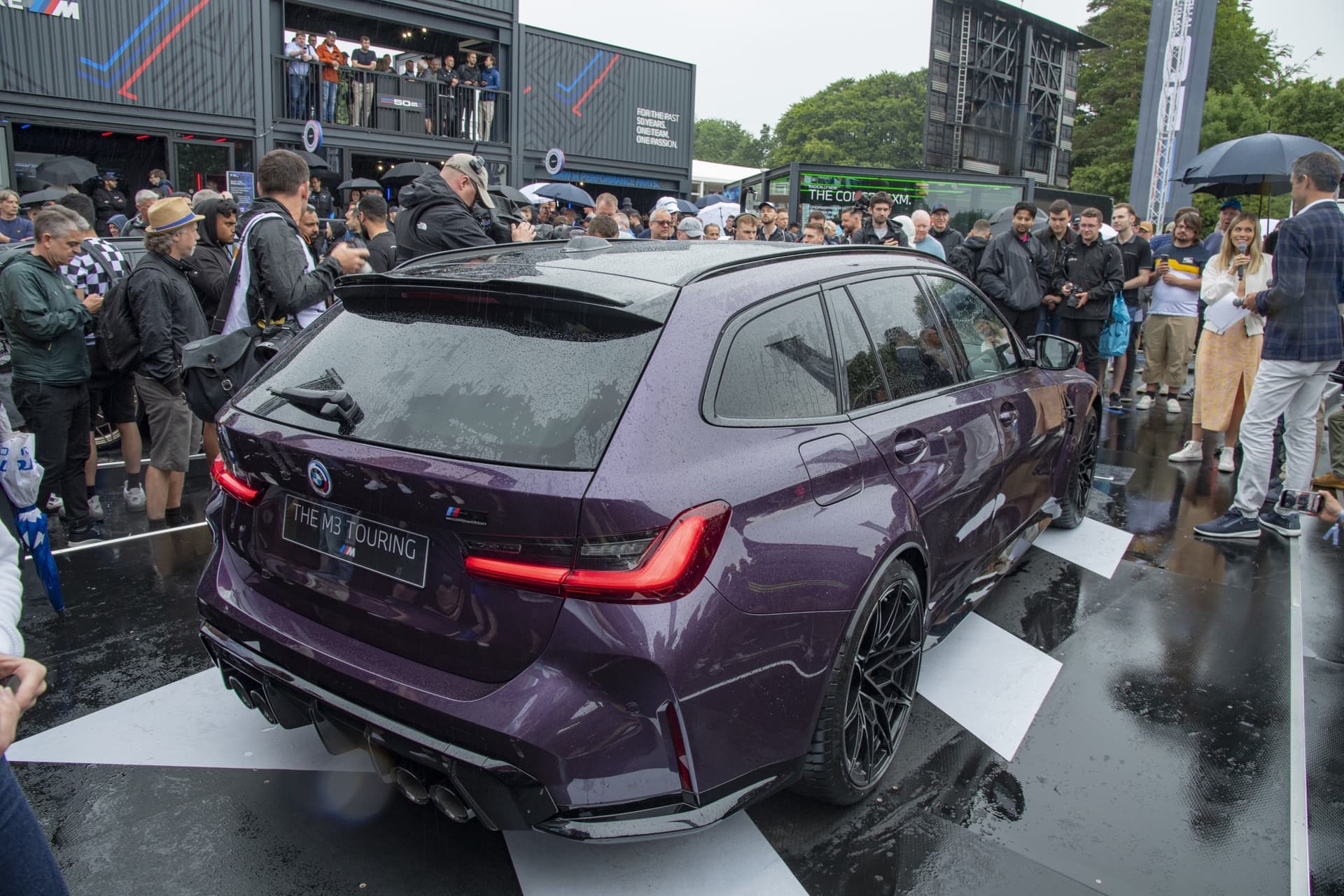 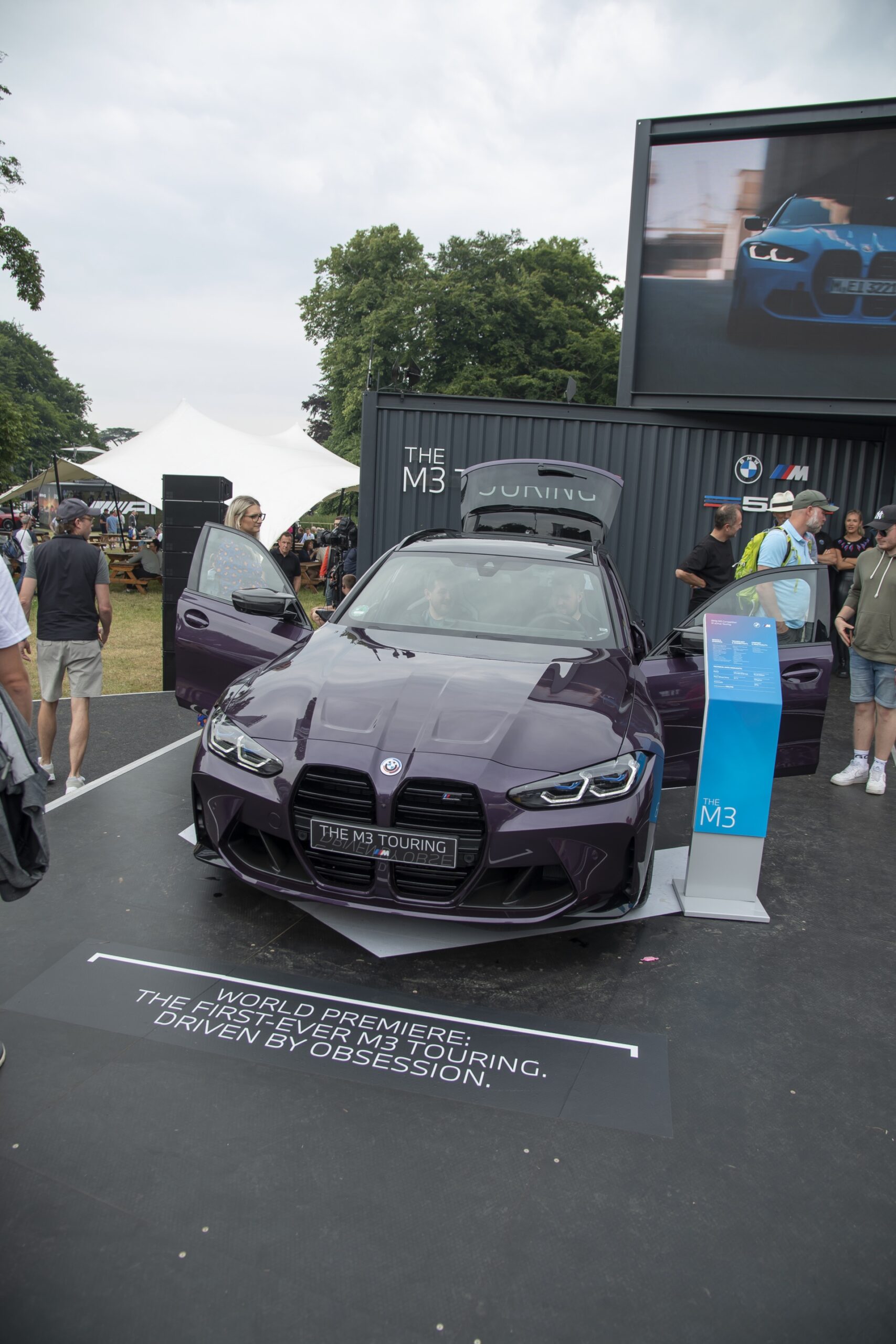 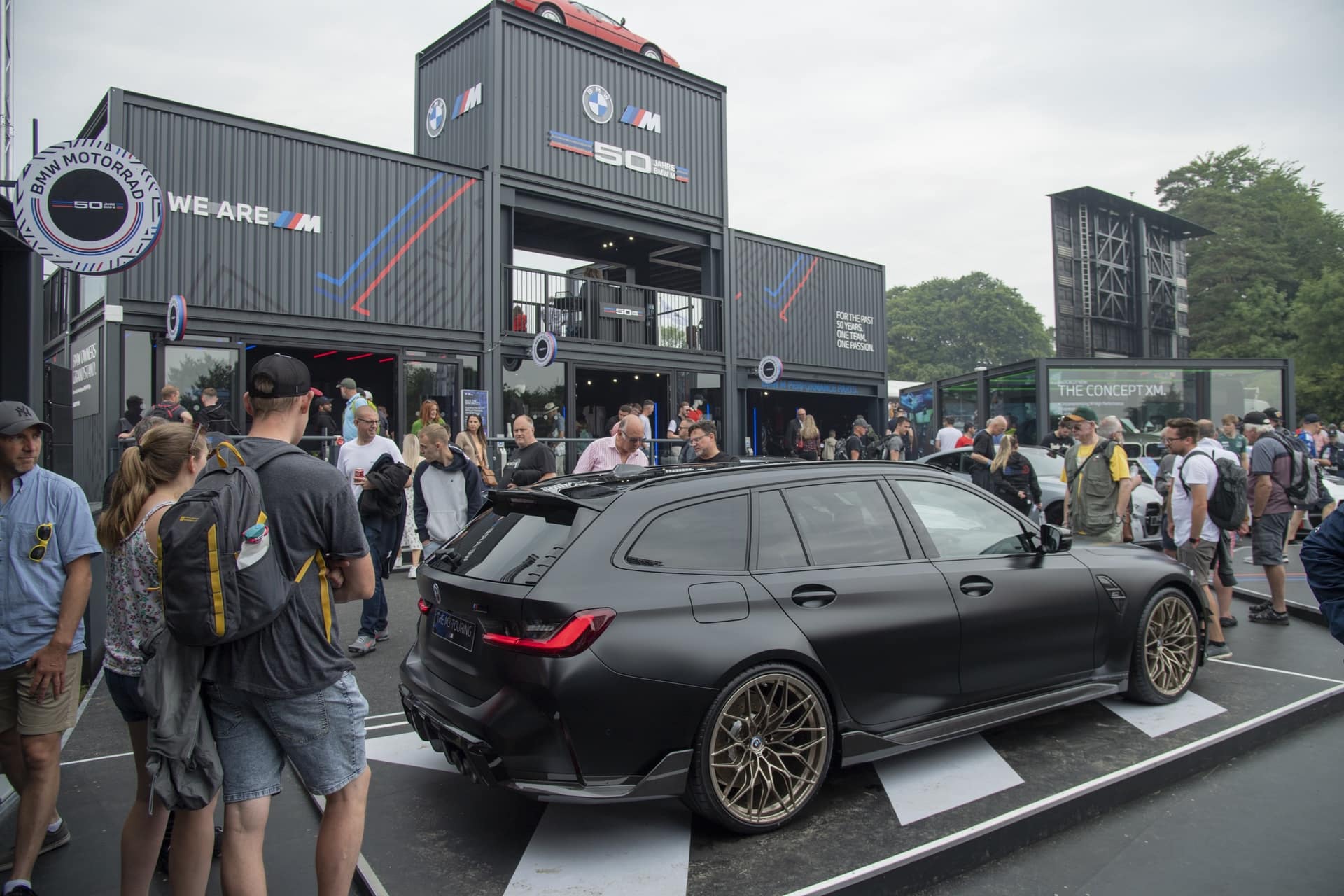 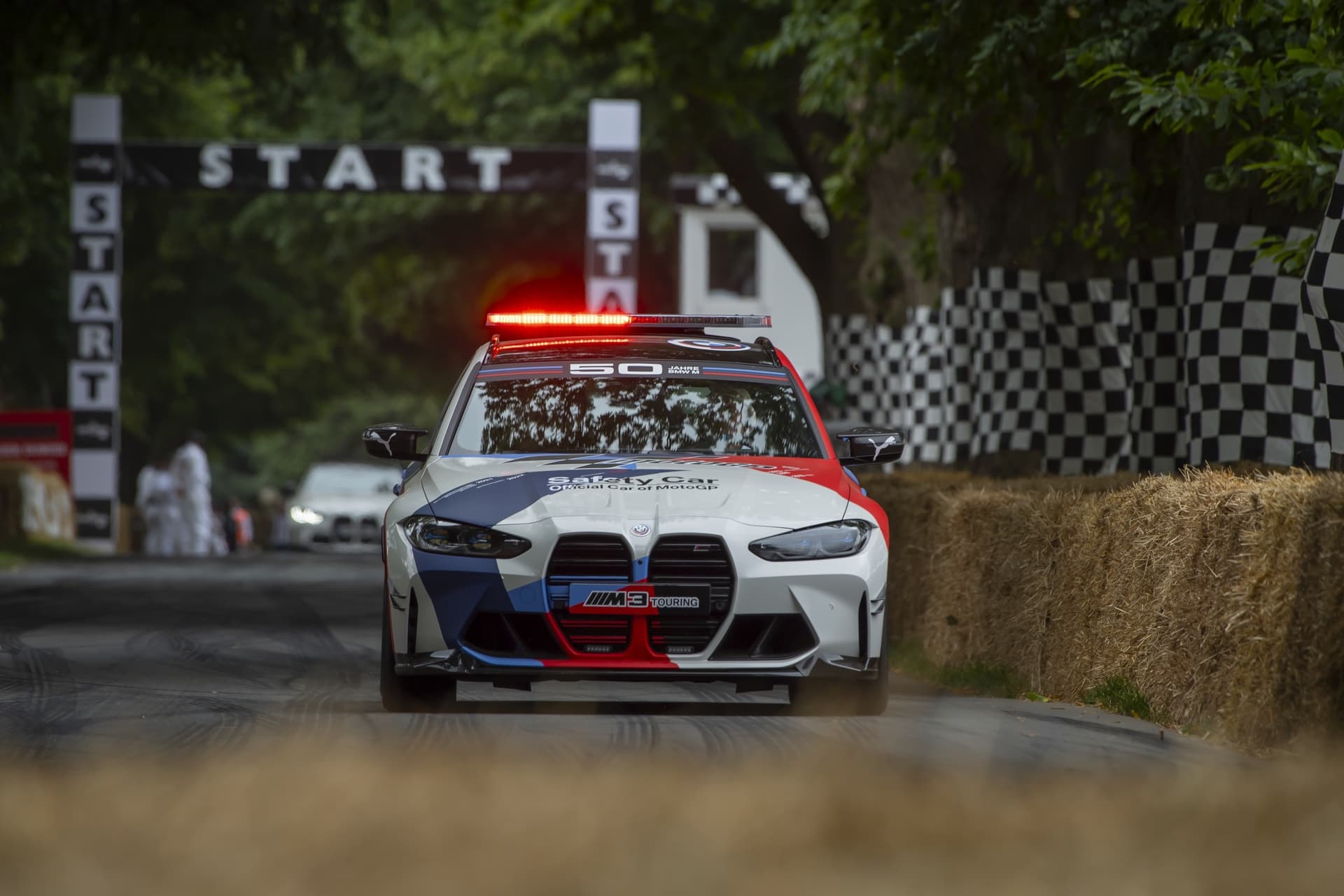 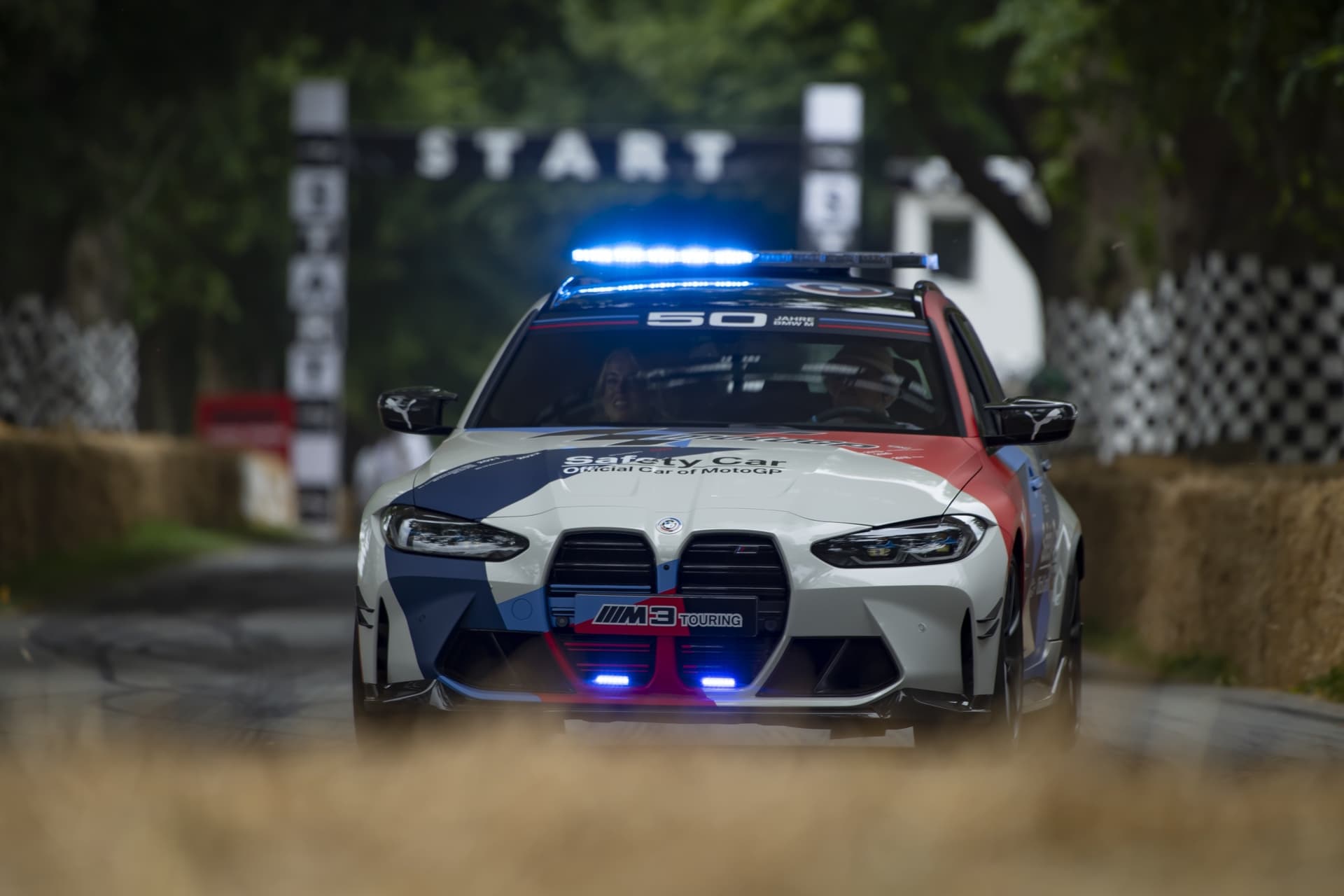 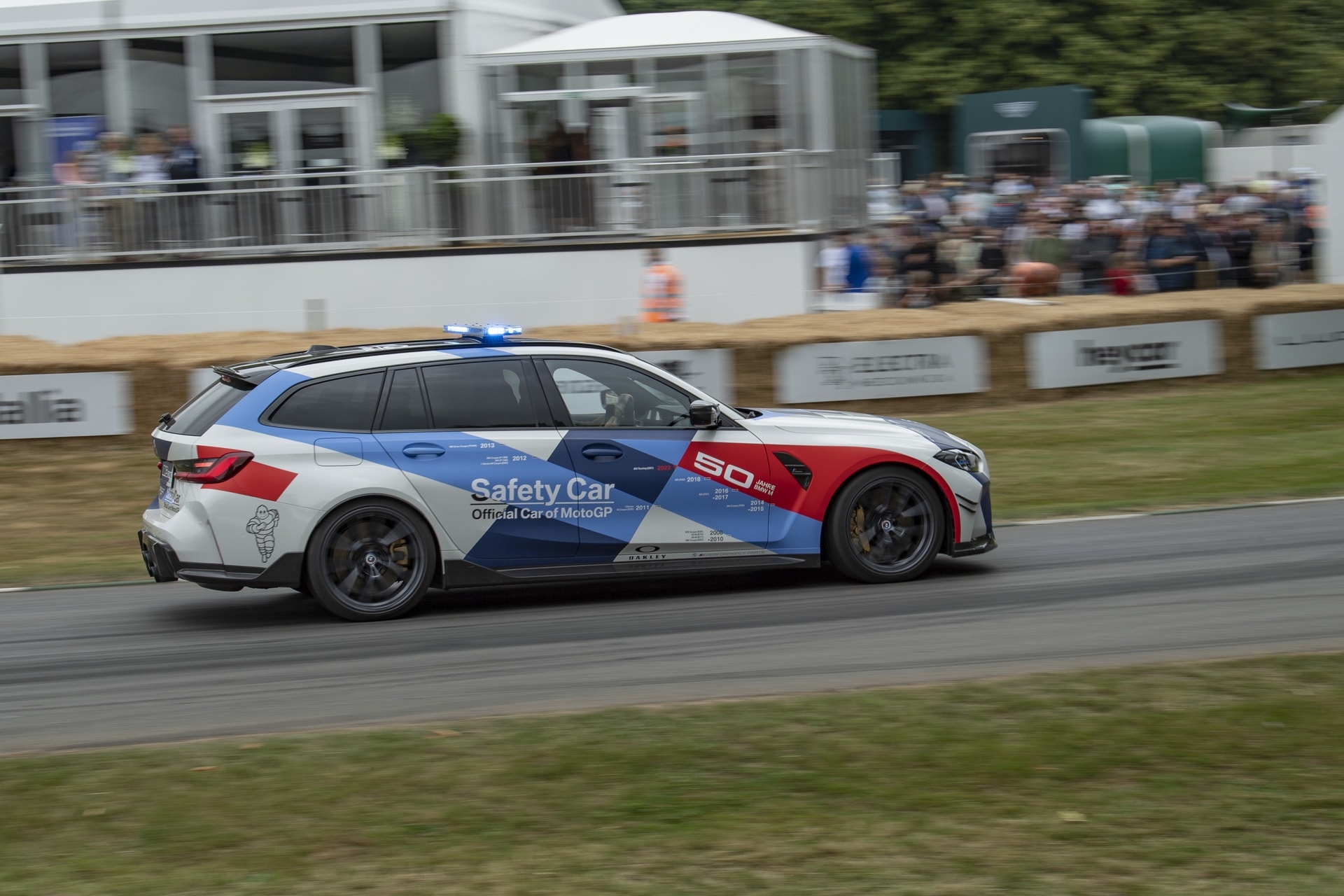 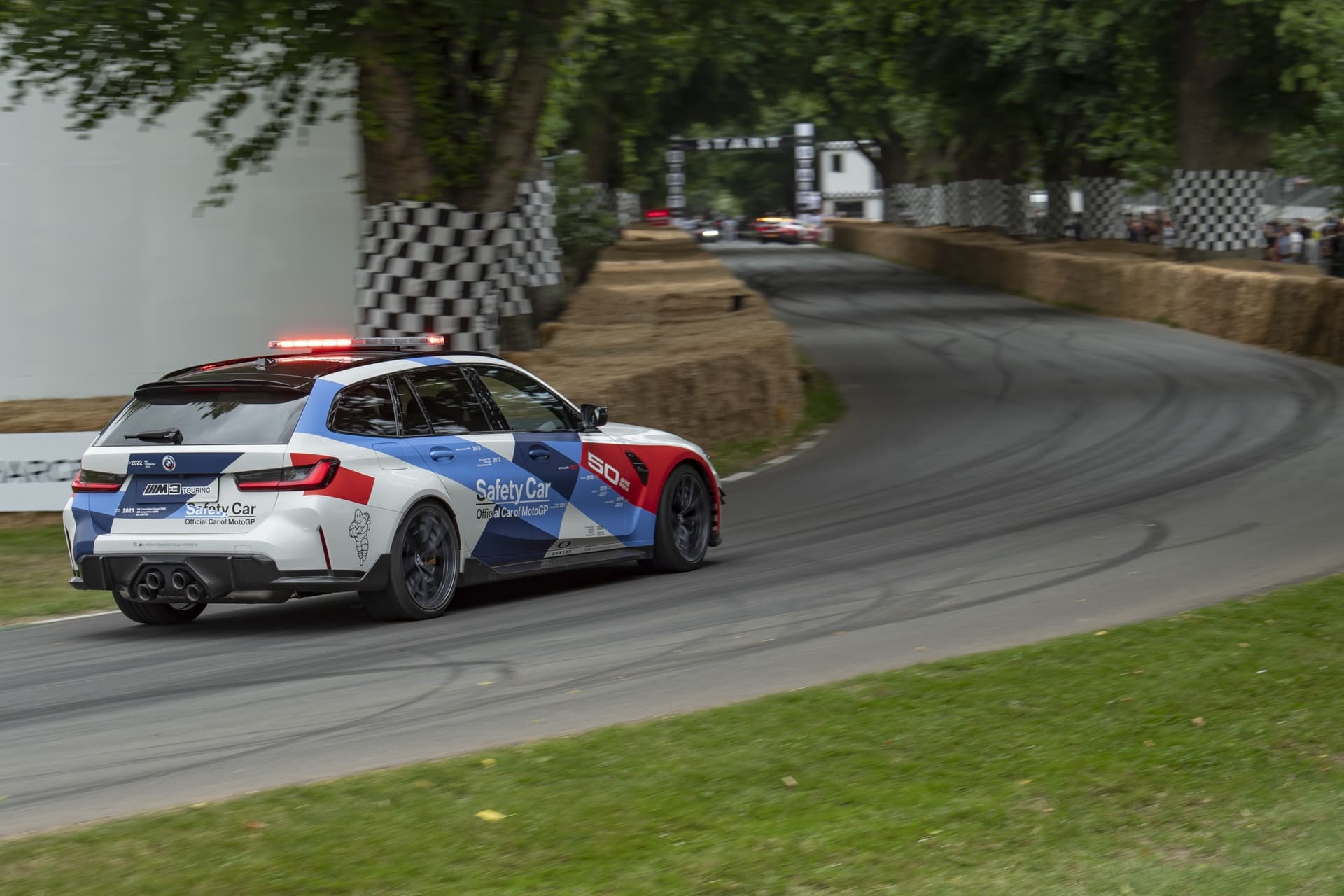 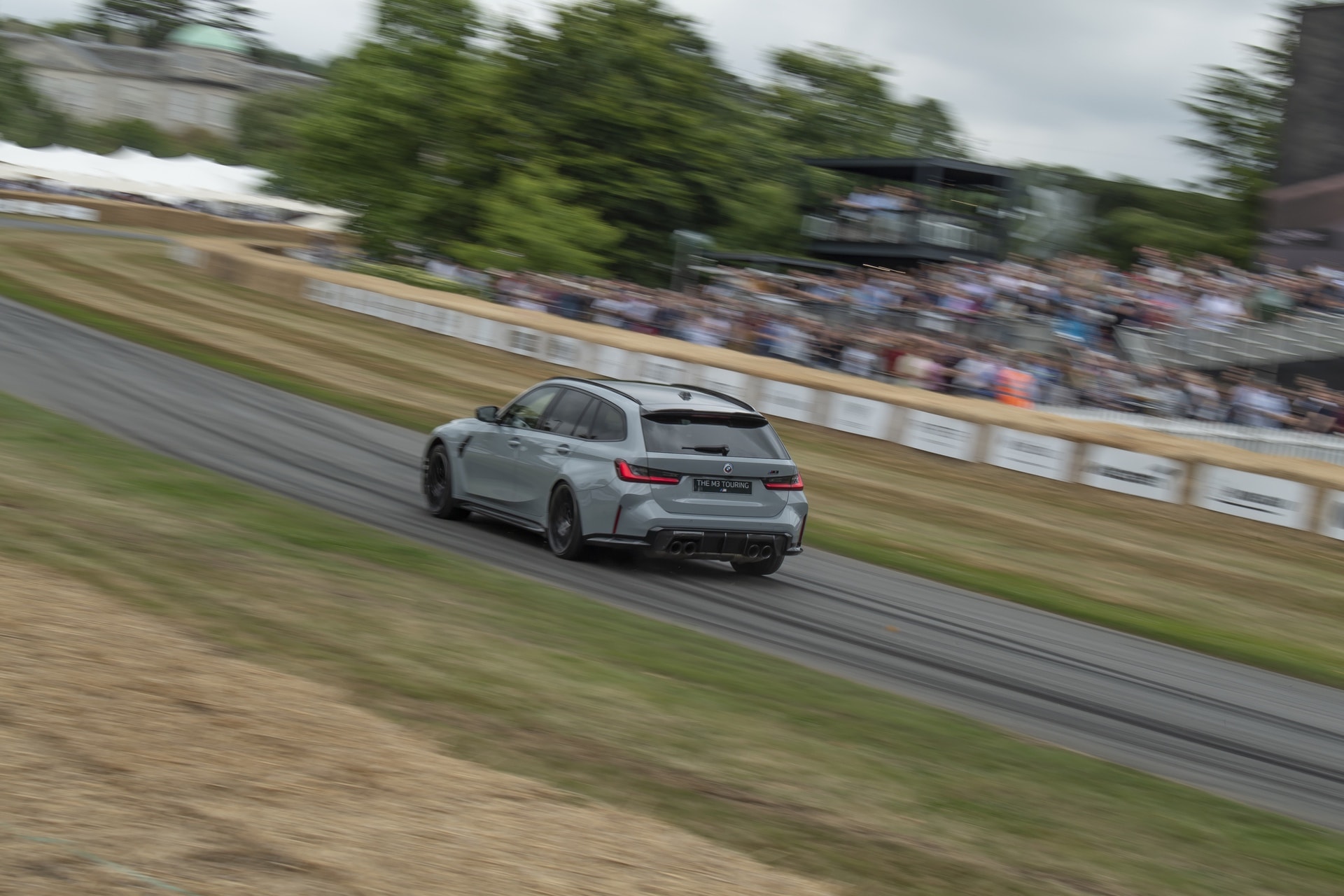 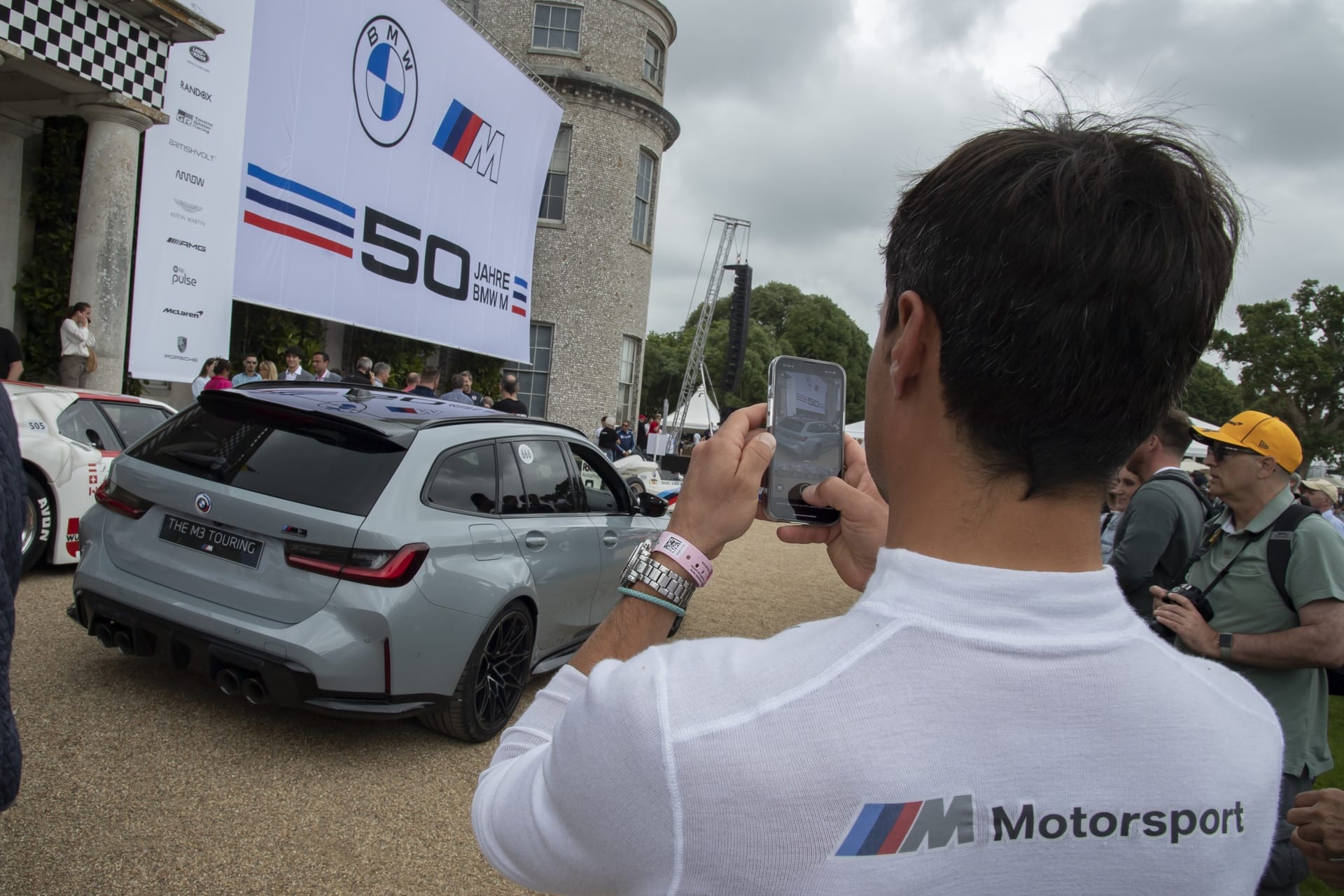 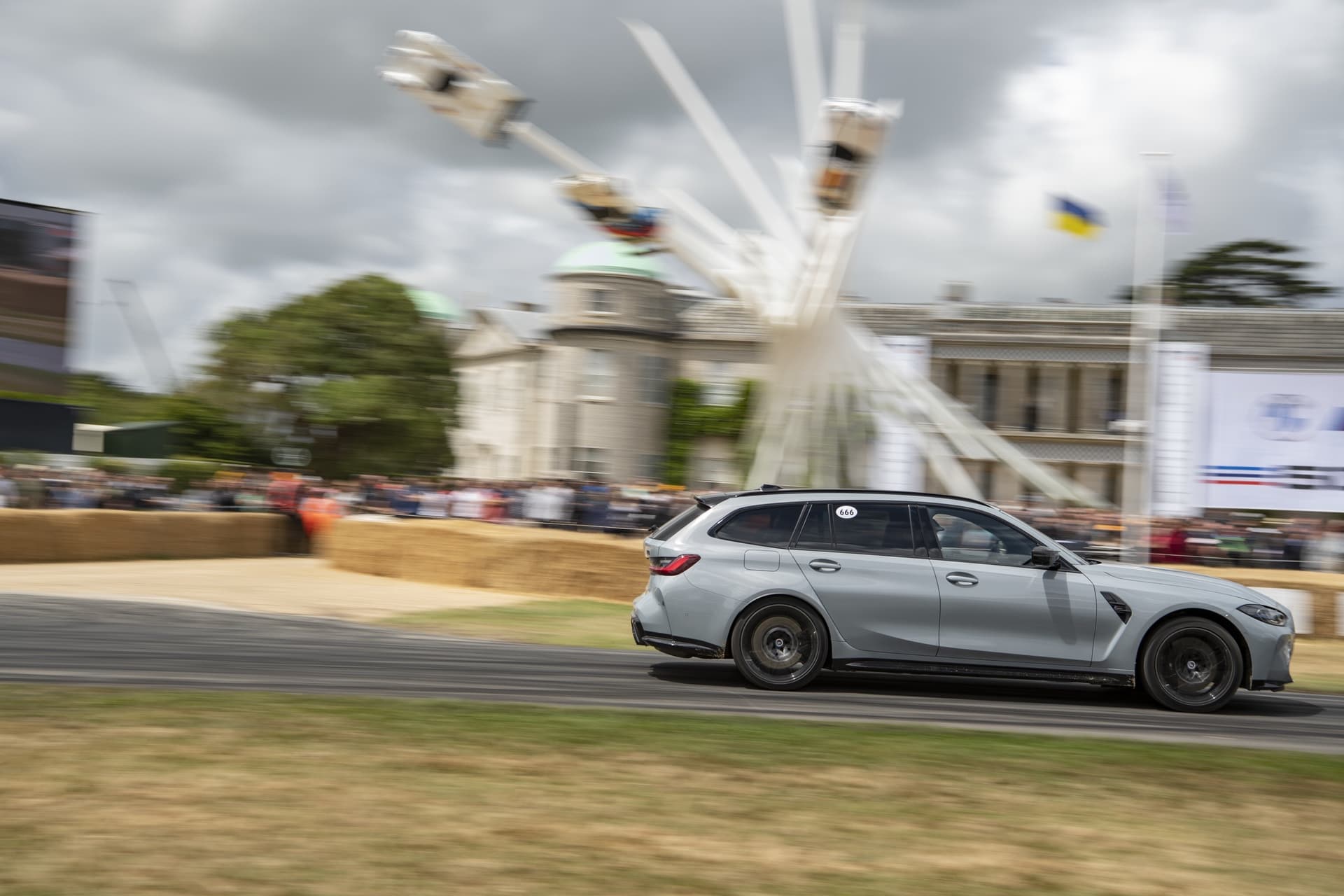 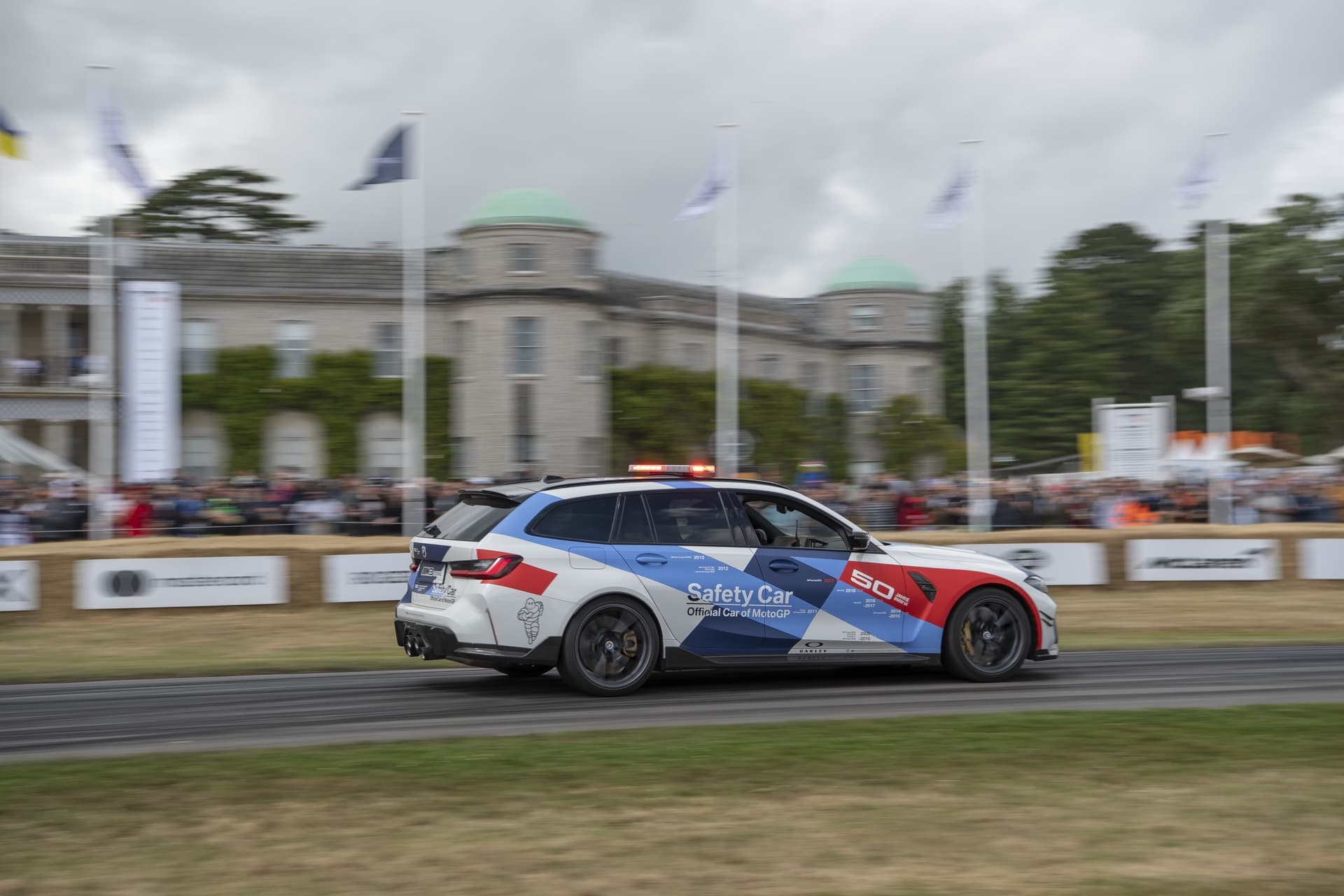