It was only yesterday when spied caught the BMW X5 M testing in the facelifted version and now they’re back with the M Performance version. While the current model carries the “M50i” suffix, the naming will be changed to “M60i” with the LCI arriving in 2023. Although the prototype working out at the ‘Ring gym is partially camouflaged, we can already notice a significant change planned for the mid-cycle update.

Much like the X7 M60i, its kid brother will switch to a new design for the quad exhaust finishers. Unlike the fullsize SUV, the X5 M60i is not going to adopt the polarizing split headlights. That doesn’t mean BMW won’t be tweaking the front lights since we believe the clusters will be slimmed down for the 2024 model year. At the back, it looks as though the taillights will be modified as well. 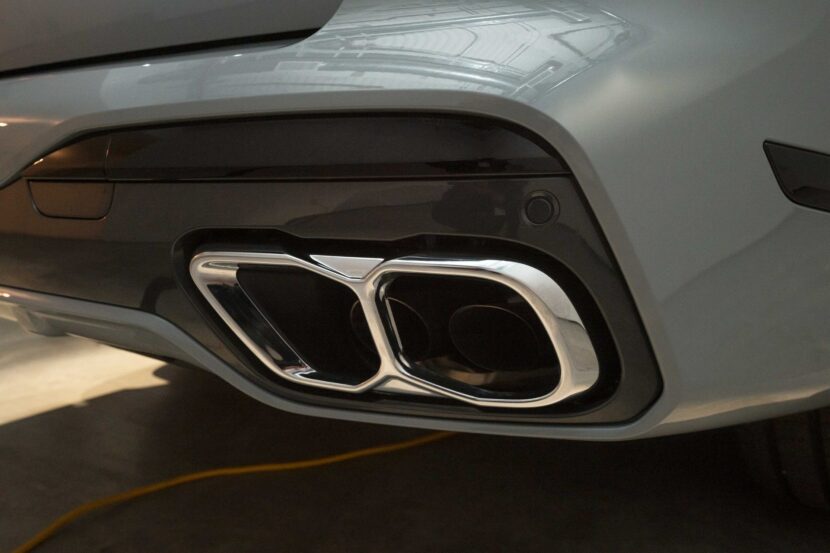 Further changes will occur inside the cabin where the switch to iDrive 8 is bringing the dual displays and a simplified dashboard with fewer physical buttons. Expect the same 12.3-inch digital instrument cluster joined by the 14.9-inch touchscreen. In the case of the X7, the facelift came along with slimmer air vents and a much smaller gear selector.

With this being the M60i, the most important change will occur underneath the hood. The M Performance X5 is getting the S68 engine, a mild-hybrid V8 with a familiar 4.4-liter displacement. Equipped with mild-hybrid tech, the new powertrain will be just as punchy as its predecessor while bringing improvements in terms of efficiency courtesy of the 48V setup. The electric motor should be good for a temporary boost of 12 horsepower and 200 Nm (147 lb-ft).

Our sources have told us BMW has set a start of production date for the X5 and its swoopy X6 sibling of April 2023. That likely means customer deliveries won’t commence until the second half of next year.