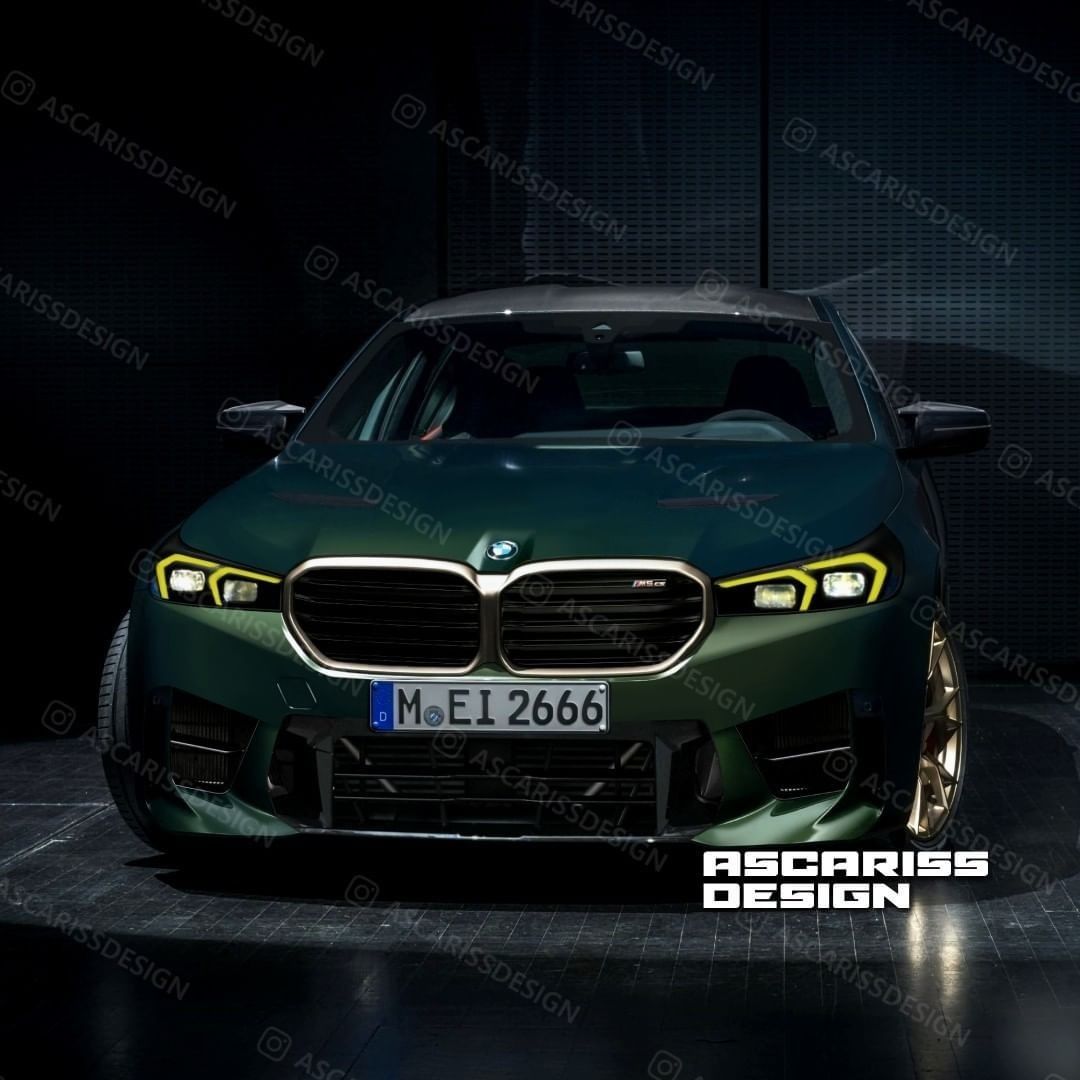 Without question, my favorite BMW from the past ten years is the BMW M5 CS. Its perfect combination of power, performance, handling dynamics, steering feel, and sheer wow-factor make it the most enjoyable Bimmer of the modern era. Naturally, I’m extremely excited about the potential for a future generation of M5 CS, which was recently rendered by AscarissDesign.

This new render shows off what the next generation of M5 CS might look like, obviously based on the next-gen 5 Series. It’s a bit tricky to try and render such a thing when the new 5 Series itself hasn’t even been revealed yet. So this render is mostly based off of spy photos,

Yellow headlights and green paint make the car rendered instantly recognizable as an M5 CS. Its big, wide grilles with horizontal grille slats are new to the M5, It also has new front air intakes, which are larger than before. The pseudo dubble-bubble carbon fiber roof is a carryover from the current car.

We won’t see the next-gen BMW M5 CS for several years and it could be a very different machine from the one we currently know and love. There’s a good possibility than the next-gen M5 is a plug-in hybrid, a first for a proper M Division product. That would make it significantly more powerful than the current M5 CS but also quite a bit heavier.

The BMW M5 CS seen in this render is rather subtle looking but the new 5 Series will be subtle, handsome, and sophisticated as well. BMW is saving the massive grilles and split headlights for its top-dog luxury models; the BMW 7 Series, i7, and X7 LCI. The 5 Series is going to be a more subdued looking car than all three of those, which is music to many enthusiasts’ ears.