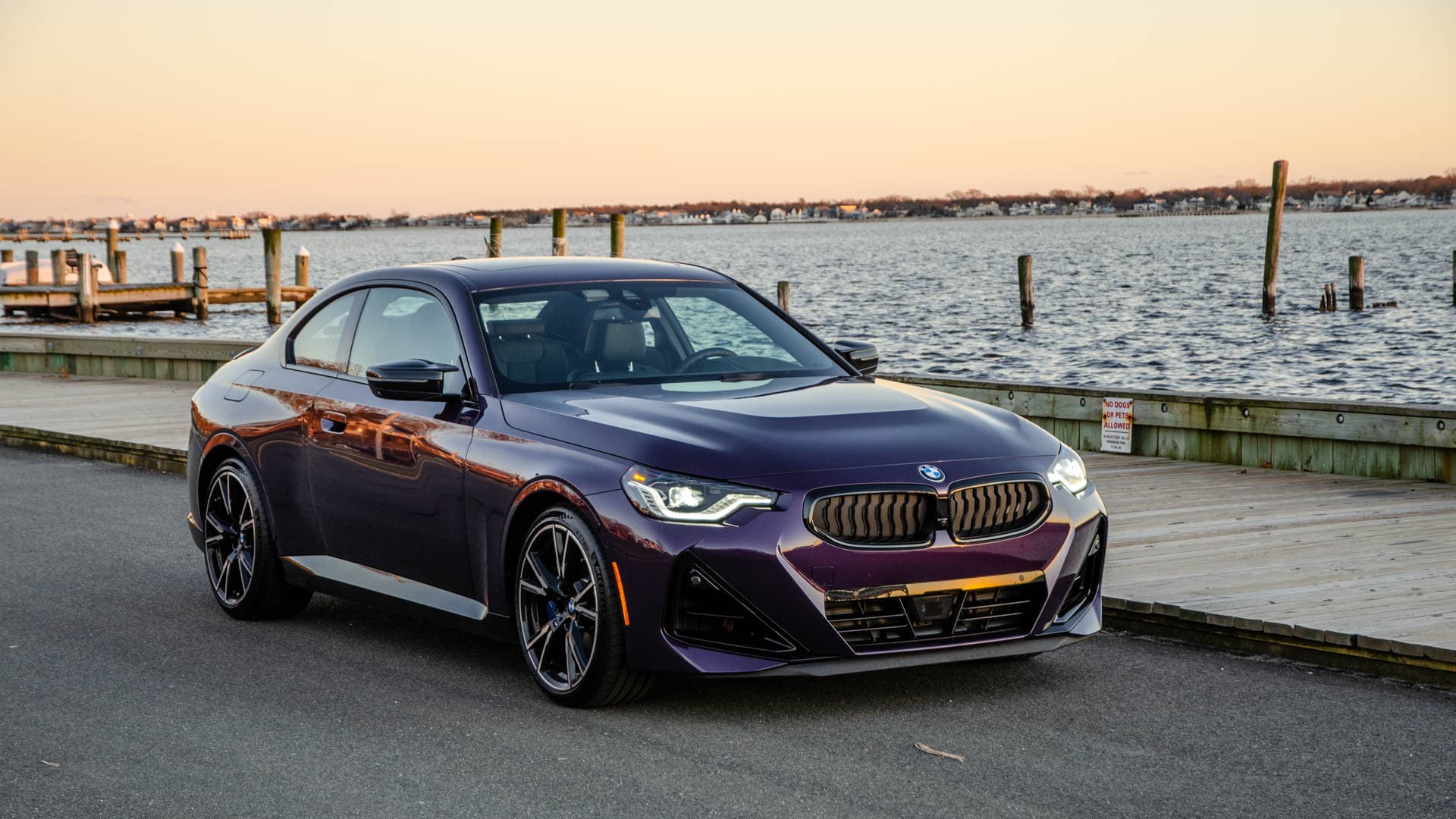 Of all BMW’s non-M sports cars, the best one is probably the BMW M240i. It’s a compact, two-door coupe with a stonking 3.0-liter turbocharged inline-six under hood. It makes 382 horsepower, 369 lb-ft of torque, and can hit 60 mph in the around four seconds. However, at its price point, there are some other interesting sports cars on the market. Is the M240i’s shocking performance enough to put it ahead of those cars?

In this new three-way comparison test from Auto Express, we get to see the BMW M240i take on the Porsche 718 Cayman and the Audi TT RS, both of which are German rivals prices similar to the 2er. However, they’re both not only very different from the BMW but also very different from each other. So which one is best?

First, let’s take a look at the two BMW rivals. The Porsche 718 Cayman in this test was a base-spec model, which means it packed a mid-mounted 2.0-liter turbocharged four-cylinder engine, pushing out 296 horsepower and 265 lb-ft of torque. In this test, the Cayman used a seven-speed, dual-clutch “PDK” transmission but a manual is available, and power is only sent to the rear axle on all Caymans. Meanwhile, the Audi TT RS uses a front-engine, front-wheel drive layout but gets a Haldex-based all-wheel drive system. It uses a 2.5-liter turbo-five to make 400 395 horsepower and 354 lb-ft of torque. Like the Porsche, the Audi also gets a seven-speed dual-clutch gearbox.

All three cars are excellent sports cars on paper, all have their strengths and weaknesses, and all are similarly prices, even if the Audi was a optioned to be quite a bit more expensive. However, there can only be one winner and that came down to which was the best overall car. Check out Auto Express’ comparison to find out which took home the gold.