The iX is one of the best driving BMWs currently available. Electrified or not 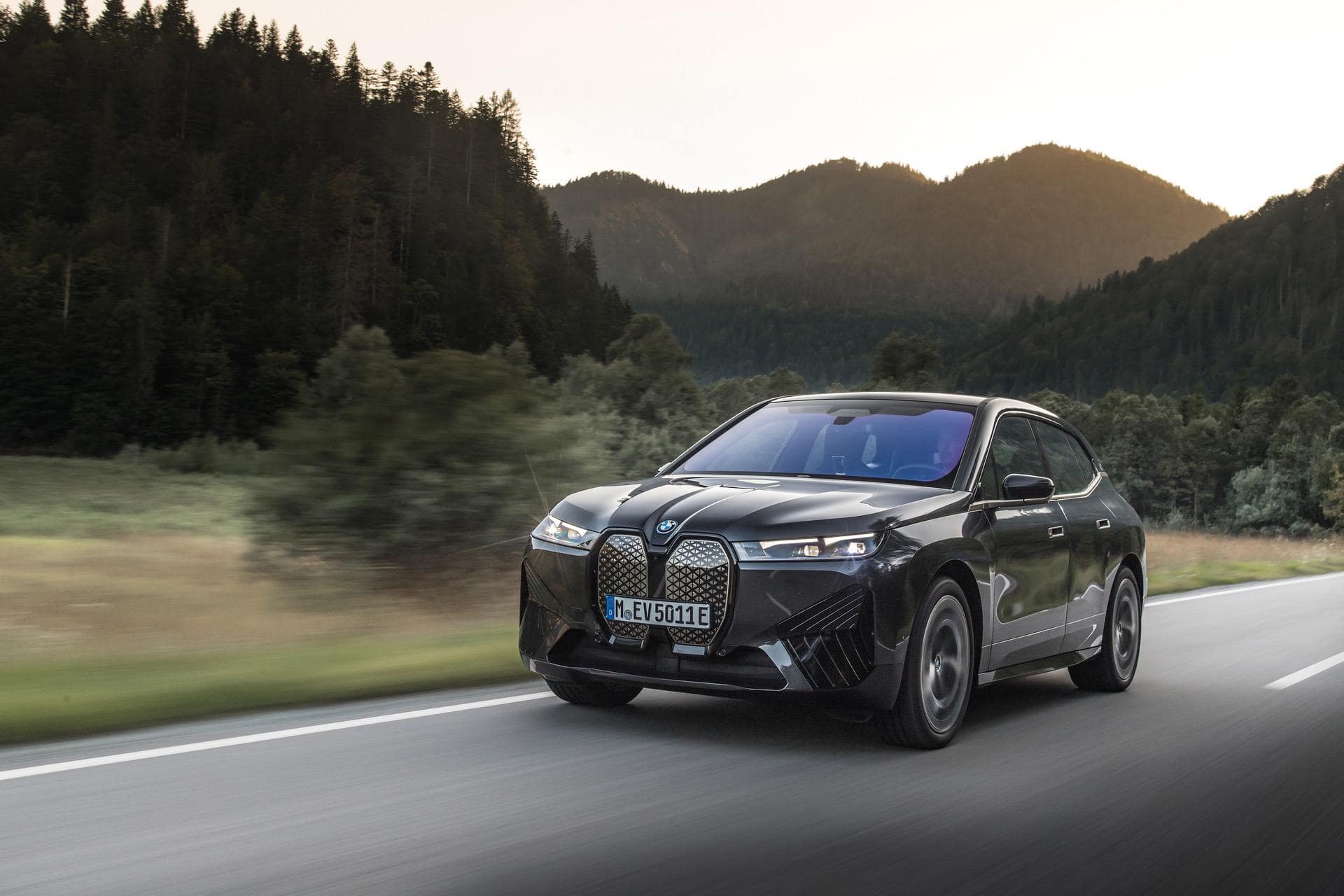 The BMW iX is – in my opinion – currently the most important vehicle in BMW’s lineup. All appearances point to it being the benchmark for the future of the brand. It is BMW’s first fully electric endeavor since the i3, and the first real response from a traditional OEM to Tesla’s Model X.

It’s common knowledge that the BMW iX is based on the Vision iNext Concept. But this project has been in the works since well before its debut in 2018. Impressively, it mostly delivers on Klaus Fröhlich’s promises too – 60 mph in around four seconds, mostly autonomous driving, and over 300 miles of range.

Even more surprising is how much of the BMW iX resembles the concept – it’s shipping complete with its suite of “shy tech”, illuminated crystal switchgear, and exposed carbon fiber sills. Which is all well and good, but those gimmicks, combined with its otherworldly exterior appearance, made me skeptical that it had the even remotest possibility of driving like a BMW.

Thankfully, I was wrong. 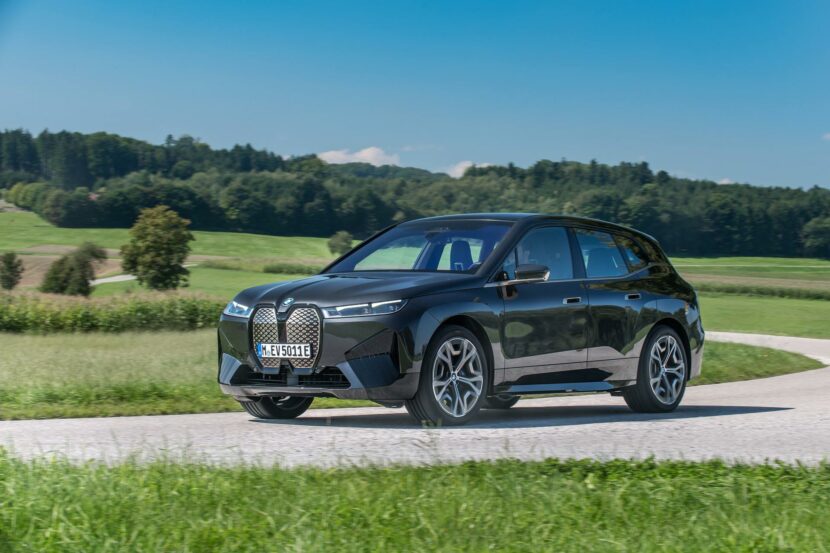 I just described the BM iX as “otherworldly”, and I stand by that. It isn’t quite ugly, and it thankfully isn’t bland like a Tesla. But it isn’t majestic like the Lucid Air, nor is it as good looking as a Rivian. It’s almost as if a classic BMW designer watched too many Predator movies. And while jarring at first, it really isn’t all that bad looking after you see it every day for a month and a half.

The proportions remain a little strange; as it’s longer than you expect, and not as tall as you think it should be. The iX looks like nothing else on the road, and I suppose that’s a selling point to some. Most importantly, that means that it is most definitely recognizable as a BMW – just not in the same ways we’re used to.

Sitting in the BMW iX is luxurious, to say the least – and that goes for front or rear. In the front, you’ve got all the luxuries you could want. Heated, ventilated, and massaging seats are all available, and all are controlled via the iDrive 8 screen (read: no hard buttons). This particular model doesn’t have massaging seats, but another iX I drove did – and it’s much more configurable than in the past.

iDrive 8 has a similar learning curve as iDrive 7 did when it debuted – a bit confusing at first, but veterans of older BMW iDrive systems will figure everything out within a few days.

The rear of the BMW iX is a great place to spend time, too. Being designed from the ground up as an electric vehicle means no transmission tunnel, and that means the iX is a genuine five-seater. Another luxurious touch is the “lounge-inspired” (according to a BMW source) rear seating – upholstery extends past the seat and into the curve of the B pillar, allowing rear-seat passengers to sit at an angle if desired.

Lastly, something I rarely mention about cars: the sound system. By the numbers, the optional Bowers and Wilkins system offers up 30 speakers, two subwoofers, four bass shakers, and 1615 watts. All this adds up to “4D Audio” and offers True Surround with headrest speakers in an audio display that would make the Pimp My Ride guys blush. It’s $3,400 and I think they could charge more. It delivers clear and deep sound quality, and I will be recommending it to anyone that asks. The base Harman Kardon unit isn’t bad, necessarily – but you’ll be disappointed if you’ve experienced the upgraded Bowers and Wilkins system.

And if you’re considering the iX, you might as well spring for the aforementioned Bowers and Wilkins, because it’s not like there’s an intoxicating engine note for it to compete with. BMW’s “Iconic Sounds Electric” is fun, adding some Jetsons-esque warble on acceleration.

But that’s literally the least interesting part of the driving experience.

Both iX models I’ve driven have been equipped with 22” wheels, and the Dynamic Handling Package (ZDH). ZHD adds a unique two-axle air suspension and Integral Active Steering (read: four-wheel steering). Thankfully, ZDH seems to live up to its name and the iX handles like a truly sporting utility vehicle. Gone is the artificial heaviness of some recent BMWs, replaced with a light but responsive and communicative steering. The four-wheel steering makes piloting the iX around a parking lot a breeze and offers effortless lane changes at speed.

In fact, the iX is one of the best driving BMWs currently available, and I’m not entirely sure why or how that is. It is responsive but light, dynamic but not harsh. The low center of gravity combined with the four-wheel steering masks the vehicle’s considerable heft, and the air suspension included in ZDH is electronically adjustable for each wheel.

The BMW iX also will drop itself 10mm at speeds over 87 miles per hour, making it more aerodynamic. Which is doubly clever, since you’re now theoretically increasing range, as well as driving dynamics. The brakes are adequate – I’m hoping the iX M60 will get a little bit more in that department – but otherwise, no complaints. The BMW iX drives better than I had hoped – and way better than I ever expected.

So far, I’ve put almost 700 miles on this iX model. It’s fitted with the 22” Style 1020 wheels and performance tires, contributing to the sharp handling. The estimated range is 315 miles, and that seems about right based on how seldom we’ve charged it. Again – most of these miles are test drive miles, hard driving on city streets. So, I’ll be monitoring the range closely in the coming months. The regenerative braking is adjustable, ranging from “aggressively jarring” to “nonexistent”. Like the i4, the “adaptive” setting is best for city driving.

As good as the BMW iX xDrive50 is, there is a more esoteric downside to it. It’s so good, that in the back of my mind I kept thinking about just how amazing the BMW i4 could’ve been if they’d developed it over five or six (or ten?) years. My impression of the i4 – though competent – is that it is strictly adhering to the idea of being just an electric 4 Series. Not quite an afterthought, but not purpose built. The iX reminds me of what a lot of BMW M cars feel like – an experience that can’t quite be replicated elsewhere.

The best is still yet to come, of course. The BMW iX M60 has just begun production, promising to be an even better performer than the iX xDrive50. And I’m optimistic that future fully-electrified offerings from BMW will still be able to deliver on BMW’s reputation as a driver’s car – even if it doesn’t look like it used to.

The best is still yet to come, of course. The BMW iX M60 has just begun production, promising to be an even better performer than the iX xDrive50. And I’m optimistic that future fully-electrified offerings from BMW will still be able to deliver on BMW’s reputation as a driver’s car – even if it doesn’t look like it used to.