The most powerful iteration of the new BMW 7 Series is the M760e plug-in hybrid, until a more powerful version of the i7 debuts. This new BMW M760 not only uses the latest and greatest powertrain tech from BMW but it’s also the most luxurious version of the 7er. In this new video, we get to see a cutaway model of the M760e, which allows you to see inside the chassis a bit and get a look at its tech, as well as its killer two-tone paint.

First, you notice the two-tone paint, which will be a €12,000 option when the car finally debuts. It’s a look that makes the 7er feel more premium, more Rolls-Royce-like, and it’s one that works really well on the new 7 Series body. The specific two-tone paint  in this video from Munich is called Cashmere Silver Metallic/Aventurine Red Metallic and it’s very classy. Though, if you want, there are sportier, more aggressive options, such as Aventurine Red with black and Tanzanite Blue with black. 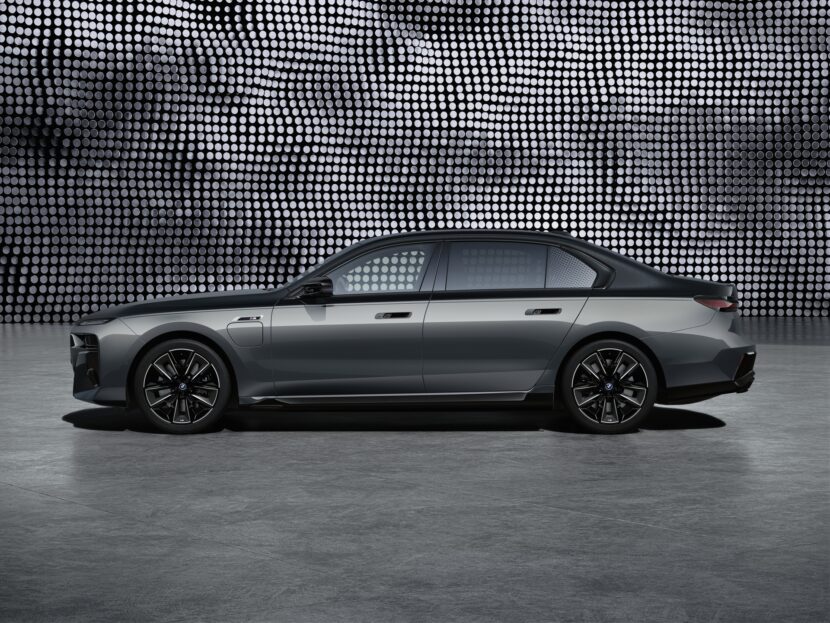 This past-gen 7 Series was sort of boring, like the stodgy old grandpa of the luxury car segment, with cars like the Mercedes-Benz S-Class and Audi A8 providing more fun, more tech, and more style. Now, though, this new 7 Series is trying to be different. Some may not like its methods; the massive new kidney grille, split headlights, and funky interior; but if BMW fails to be fun, it’s not for a lack of trying.

It’s also trying to be high-tech. The BMW M760e is a plug-in hybrid, using a turbocharged inline-six paired to an electric motor, to make a whopping 563 horsepower and 590 lb-ft of torque. That gives it more power than the BMW M850i Gran Coupe as well as more torque than the BMW M5 CS. All while being able to drive up to 52 miles on electric power alone and offering a techno-luxury cabin unlike anything with a BMW Roundel.

The new BMW M760e is a seriously impressive car and one that offers more luxury than most BMW customers are used to. If you want to check it out more closely than before, watch this new video. [Photo by Amelie Mesecke]