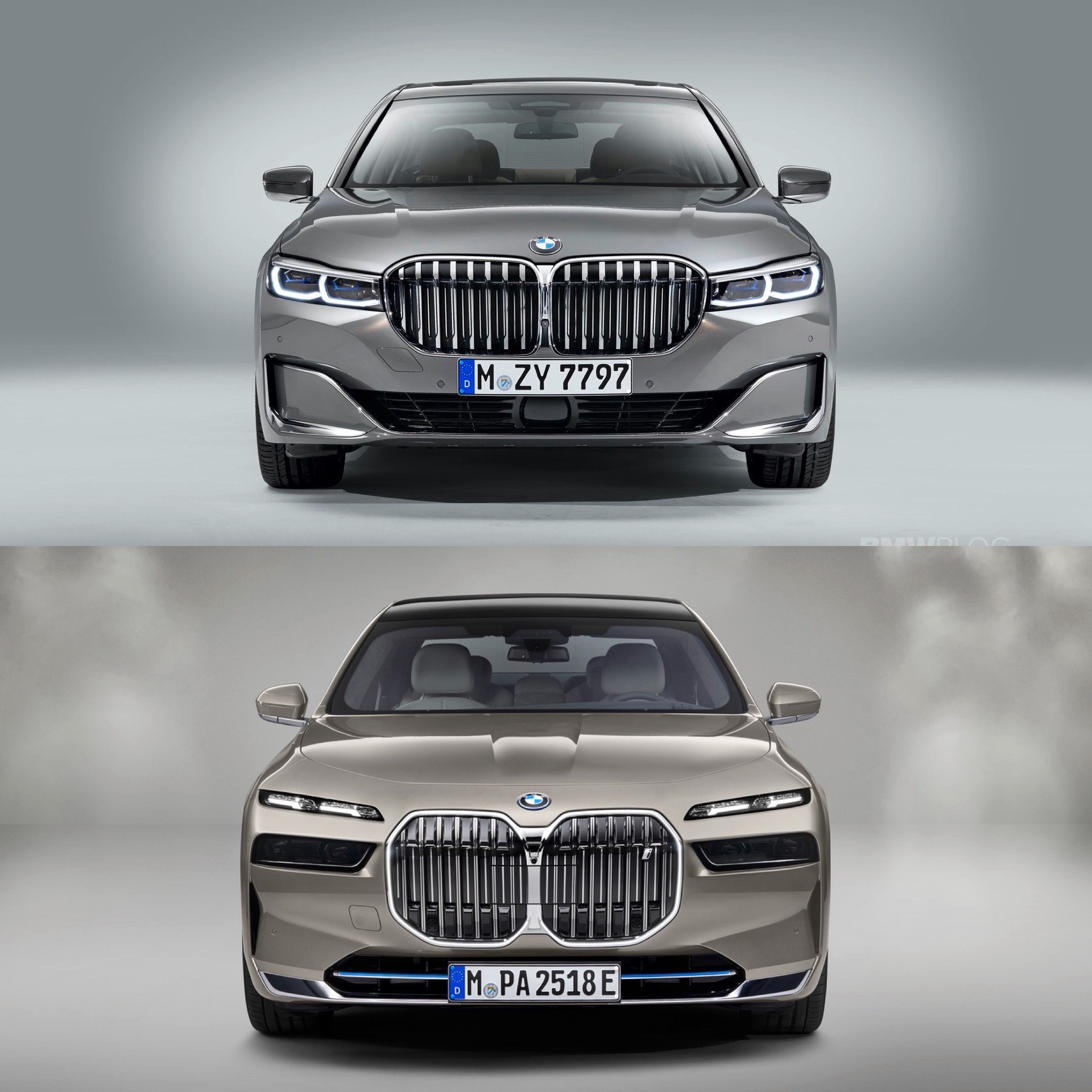 I can still hear the cries of horror from when the G11 7 Series LCI facelift debuted. Its monster kidney grilles shocked the enthusiast fanbase and I’m not sure they’ve since recovered. Despite those cries of protest, though, BMW has since doubled, tripled, and quadrupled down, putting out car after car with giant kidney grilles. The successor to the aforementioned G11 7 Series is finally here and it’s yet another mammoth-grilled 7er. But has BMW gotten it right this time?

Now that we can finally see, share, and discuss the design of the new G70 7 Series and compare it with its predecessor. With this new car, BMW hasn’t lightened up but it has tweaked its design language a bit. So let’s take a look and see if this new 7 Series is an improvement over the outgoing car. 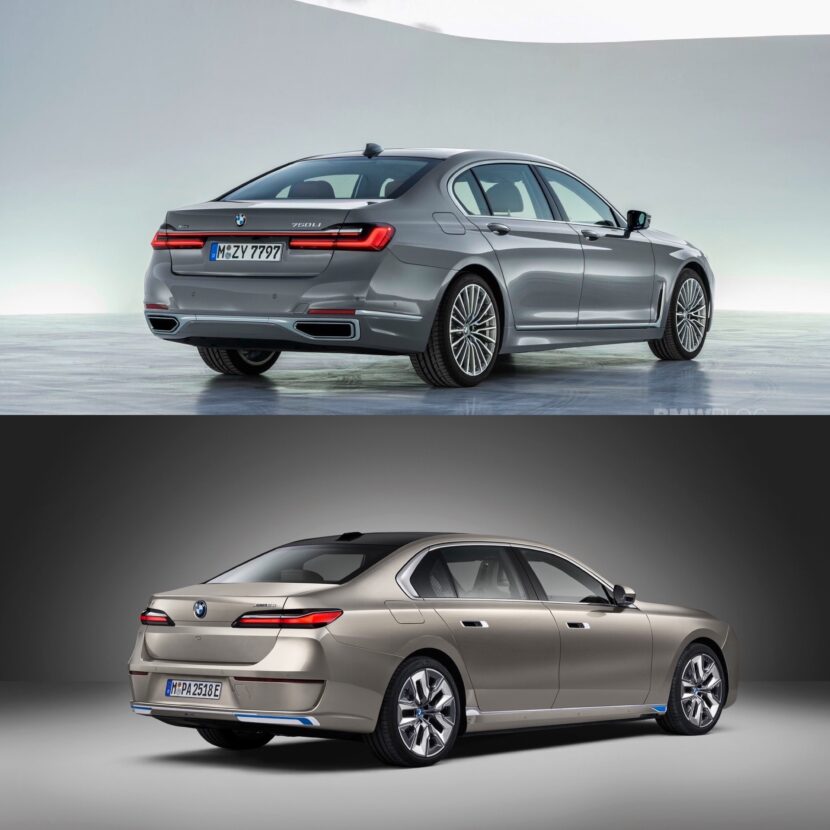 We of course have to start with their faces. The kidney grilles on the new 7 Series aren’t any smaller than before, they’re just a bit different. The new grilles aren’t as wide but they’re a bit taller, providing a squarer shape. BMW also rid the new grilles of shiny chrome trim, so as to lessen the visual impact of their size. The new grilles are also trimmed in LED lighting, giving off a cool ring-light effect. To be perfectly honest, I didn’t think I’d ever appreciate the old 7er’s grilles but I think I like them more now that I’ve seen the new car’s.

Many BMW generation changes are subtle but this face-change is anything but. It’s tough to say which looks better but I have a feeling there will be some strong opinions chiming in from the fanbase. 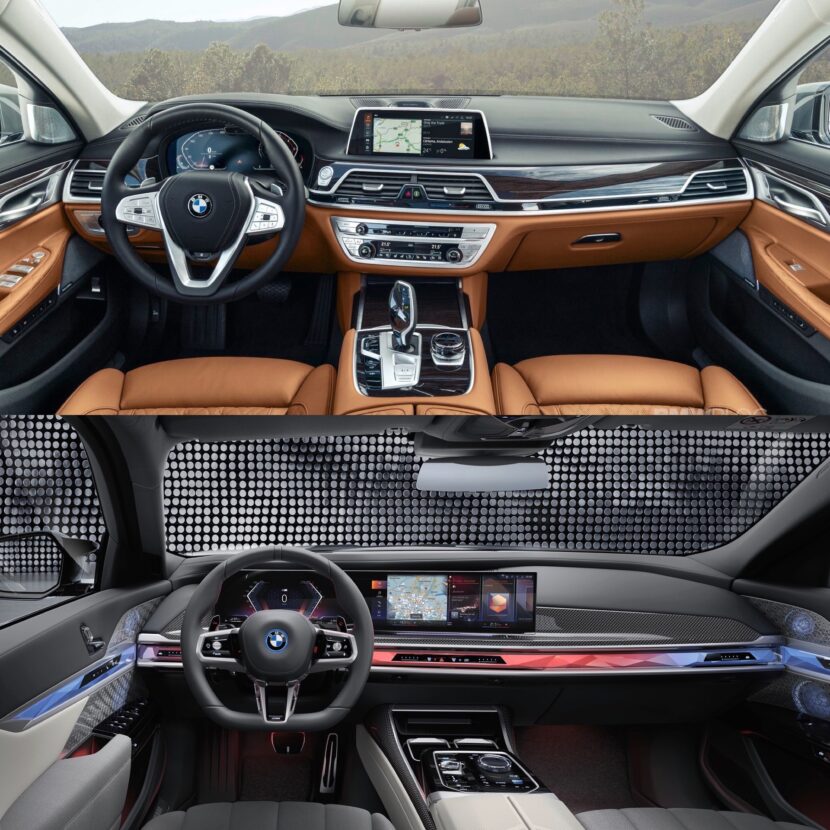 In profile, there really aren’t a lot of major visual changes. For the most part, it looks like a modern 7 Series from the side, though the new car has some sharper, crisper lines. Out back, though, the new car gets fancy OLED Matrix headlights, which are a bit snazzier than before.

The biggest changes are to the inside, though. The cabin of this new G70 7 Series is so far beyond the previous G11 7 Series that it doesn’t even seem fair to compare them. The new one features far improved tech, a killer new light bar trim, a theater screen for rear passengers, and even little screens in the rear door panels, which adjust the rear climate, ambient lighting, and pretty much anything else. Even the steering wheels on the new car are leaps and bounds better than before. 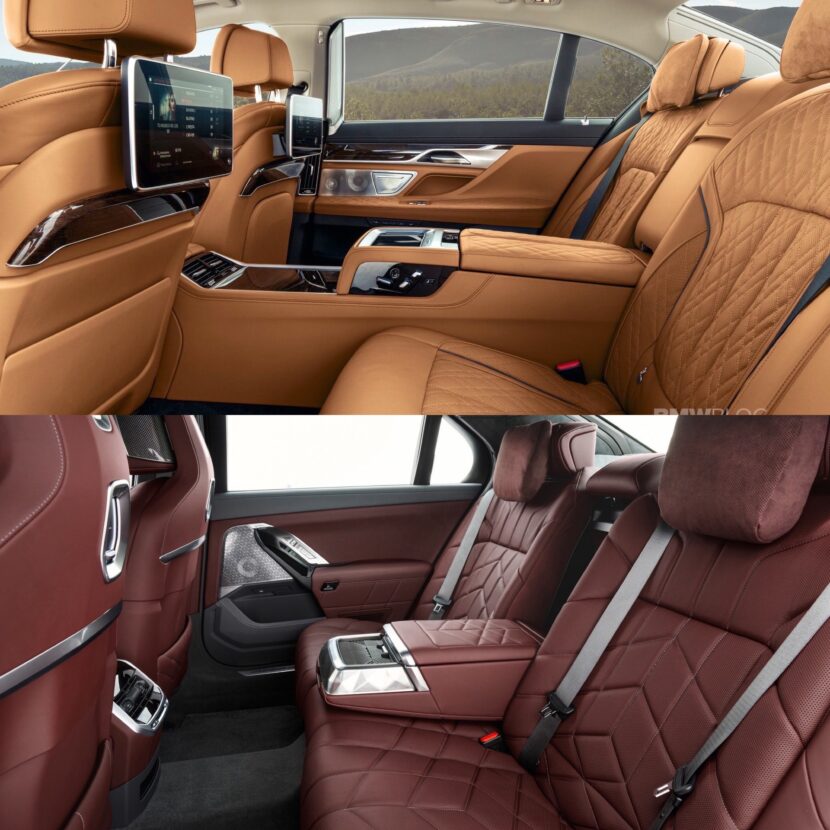 If I were a G11 7 Series owner, I’d be readying to make the upgrade as we speak. While it’s not so much better on the outside, its interior is like an entirely difference worth. That alone is worth upgrading for. 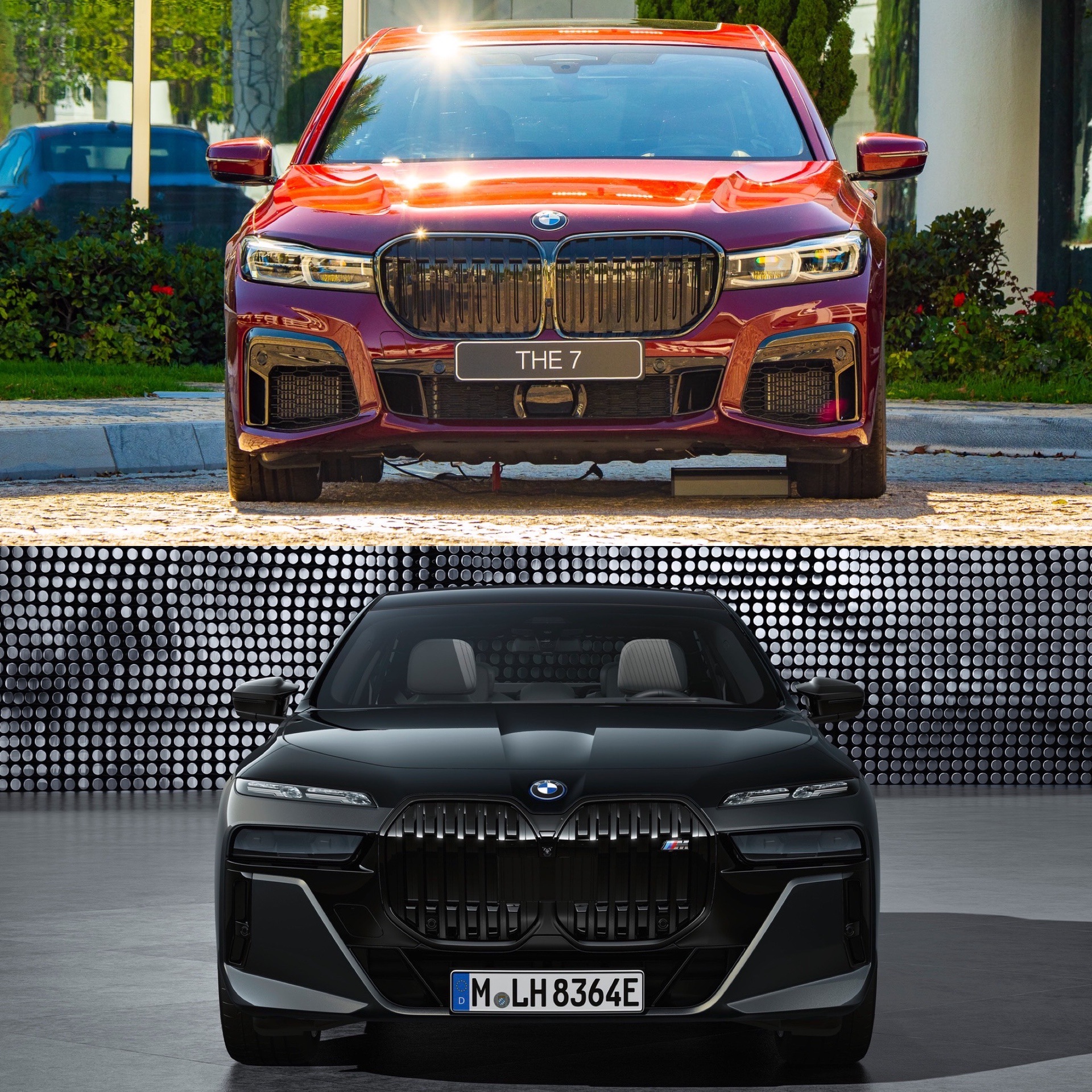 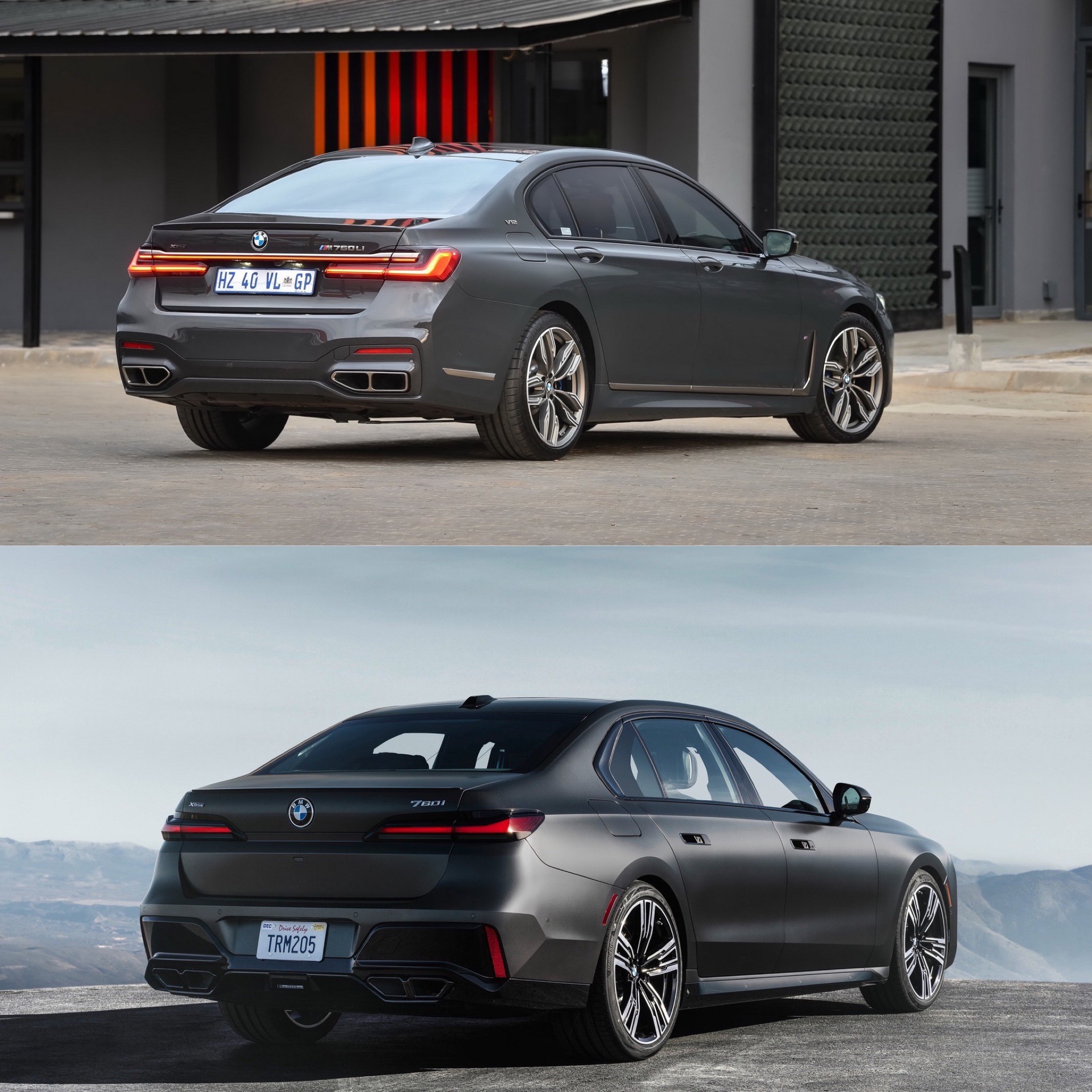 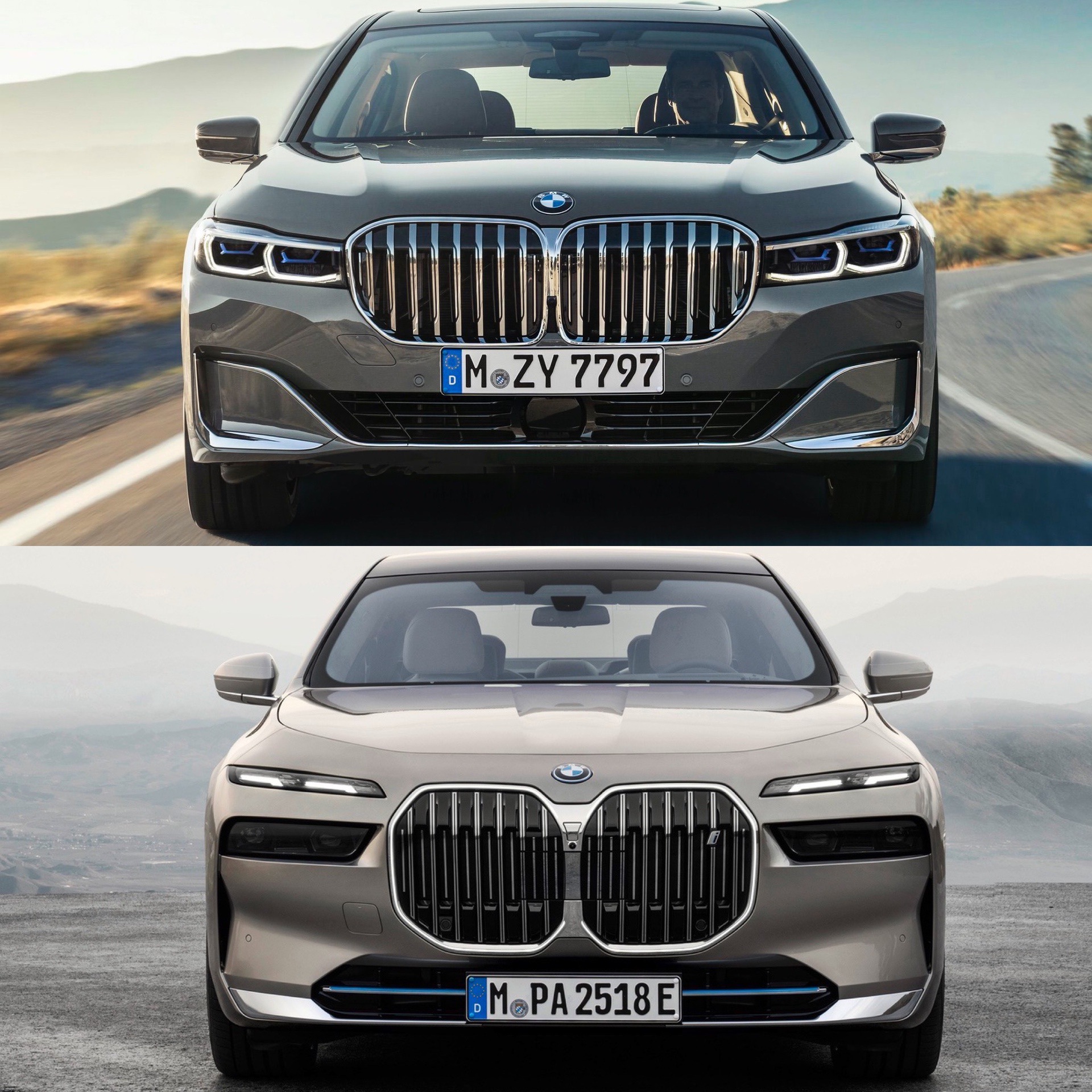 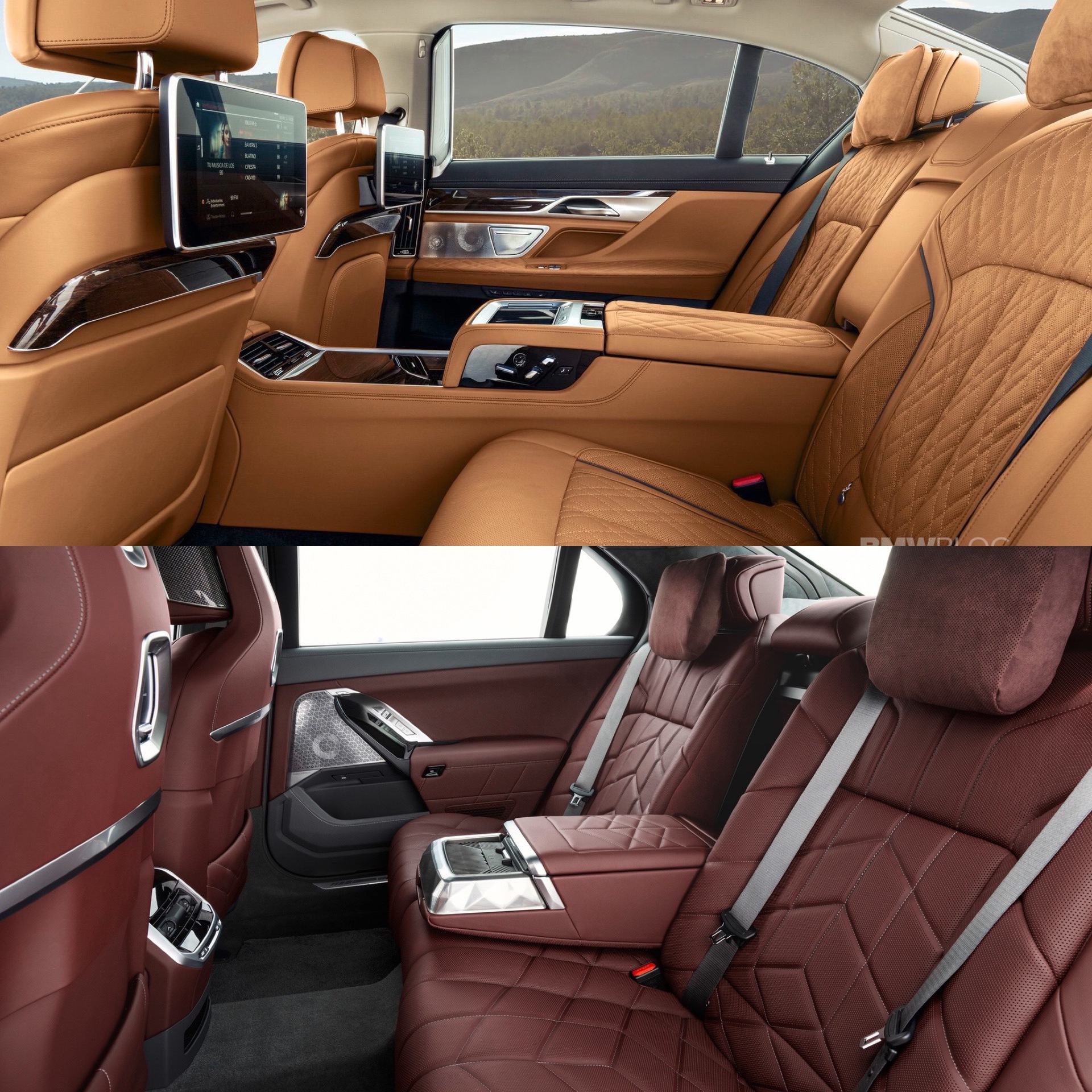 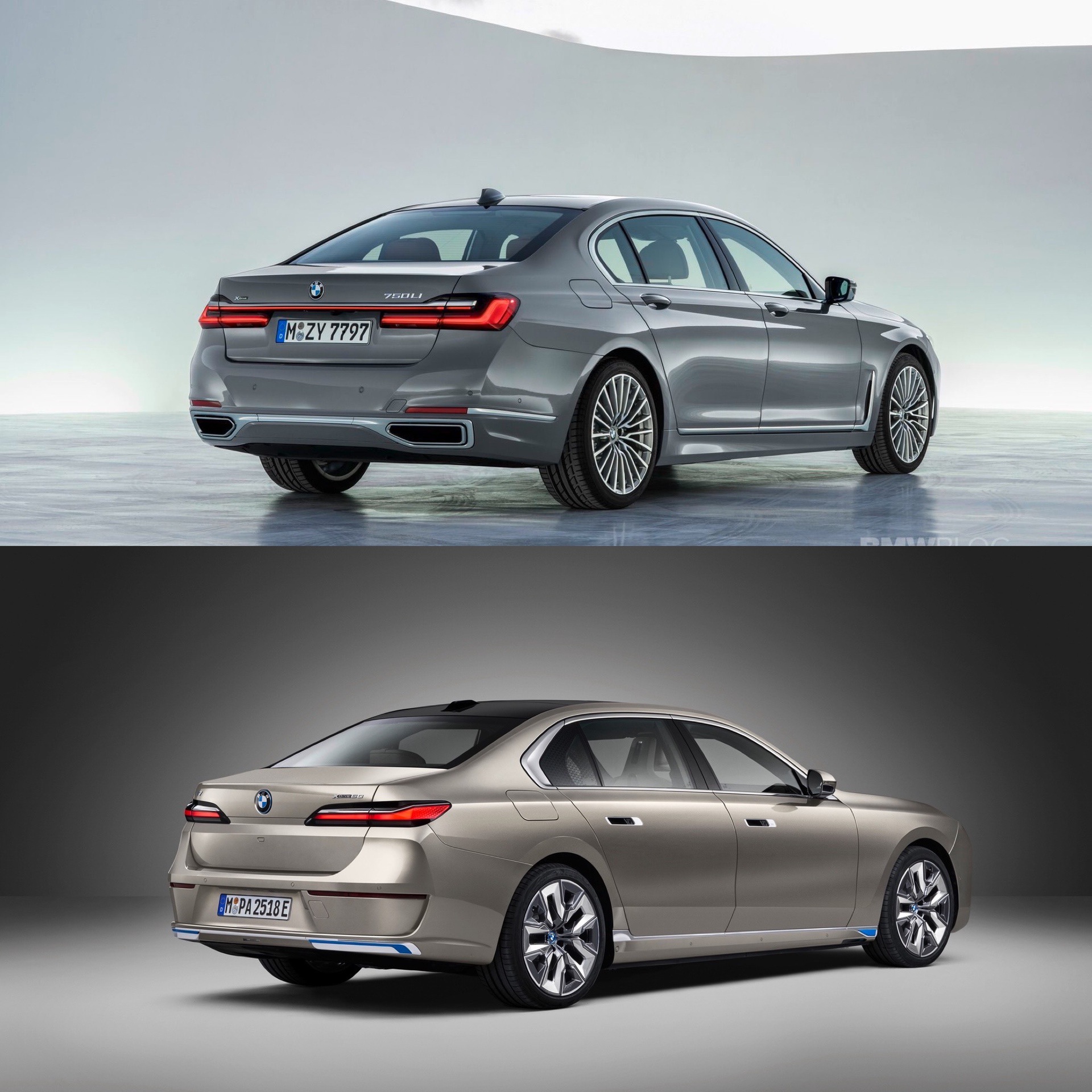 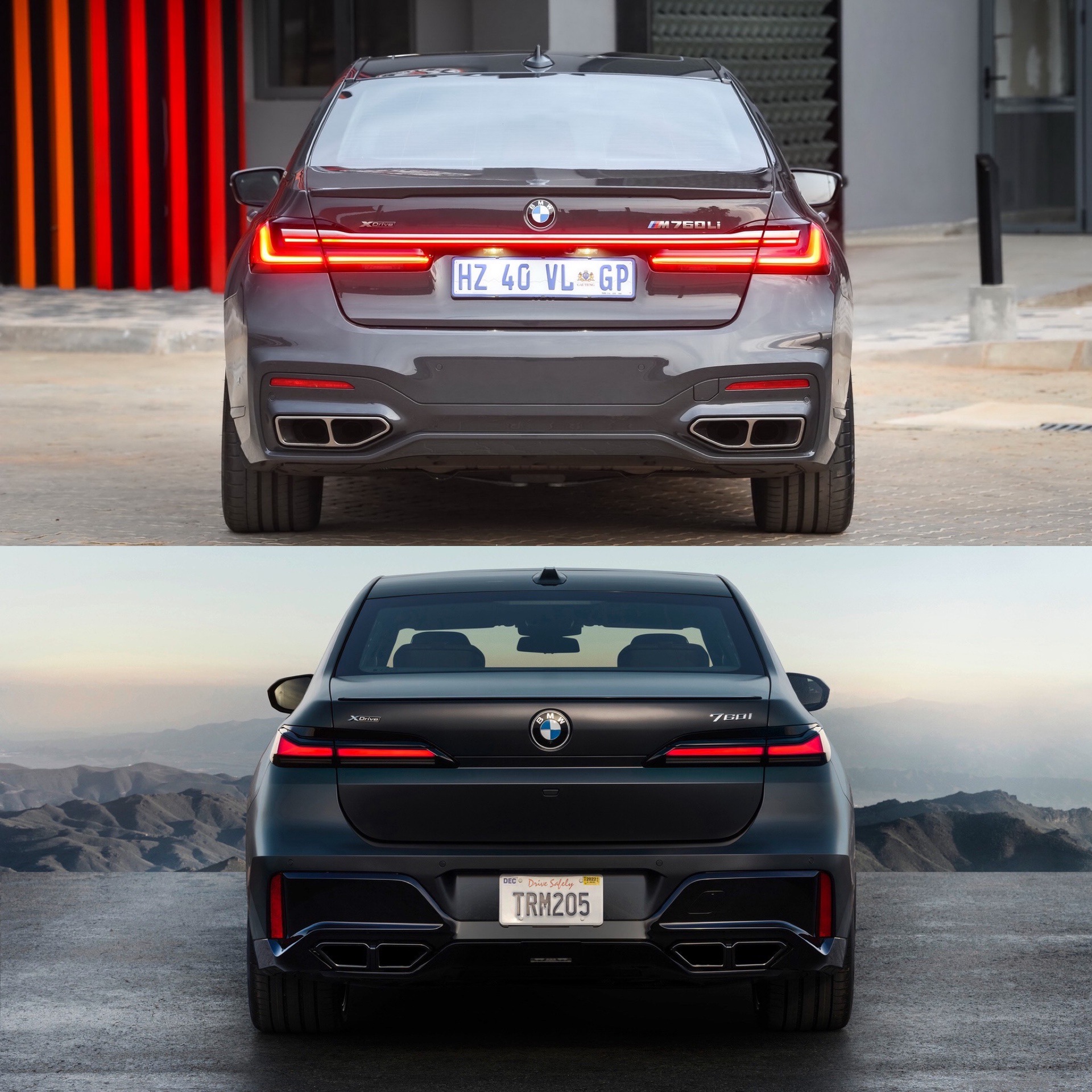 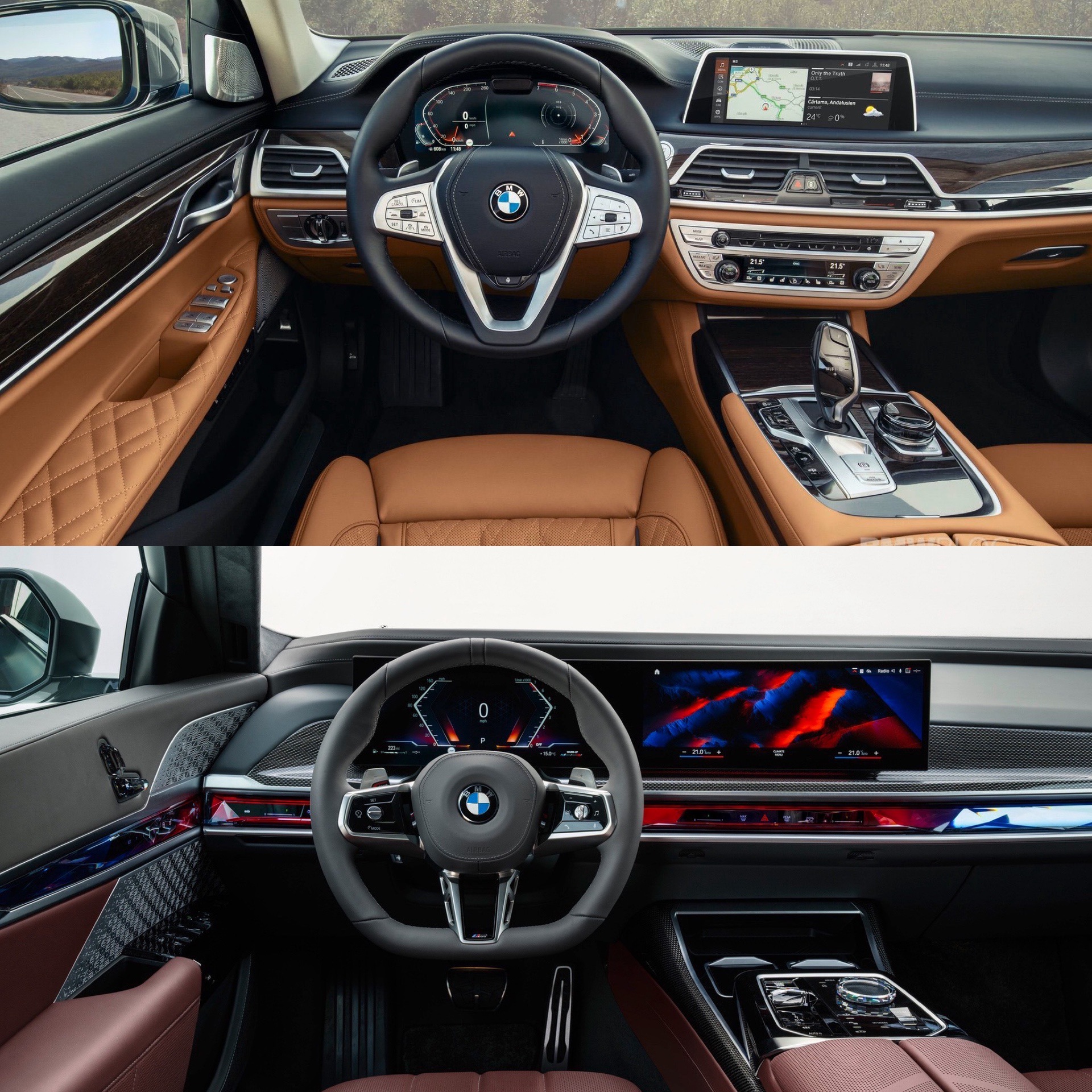 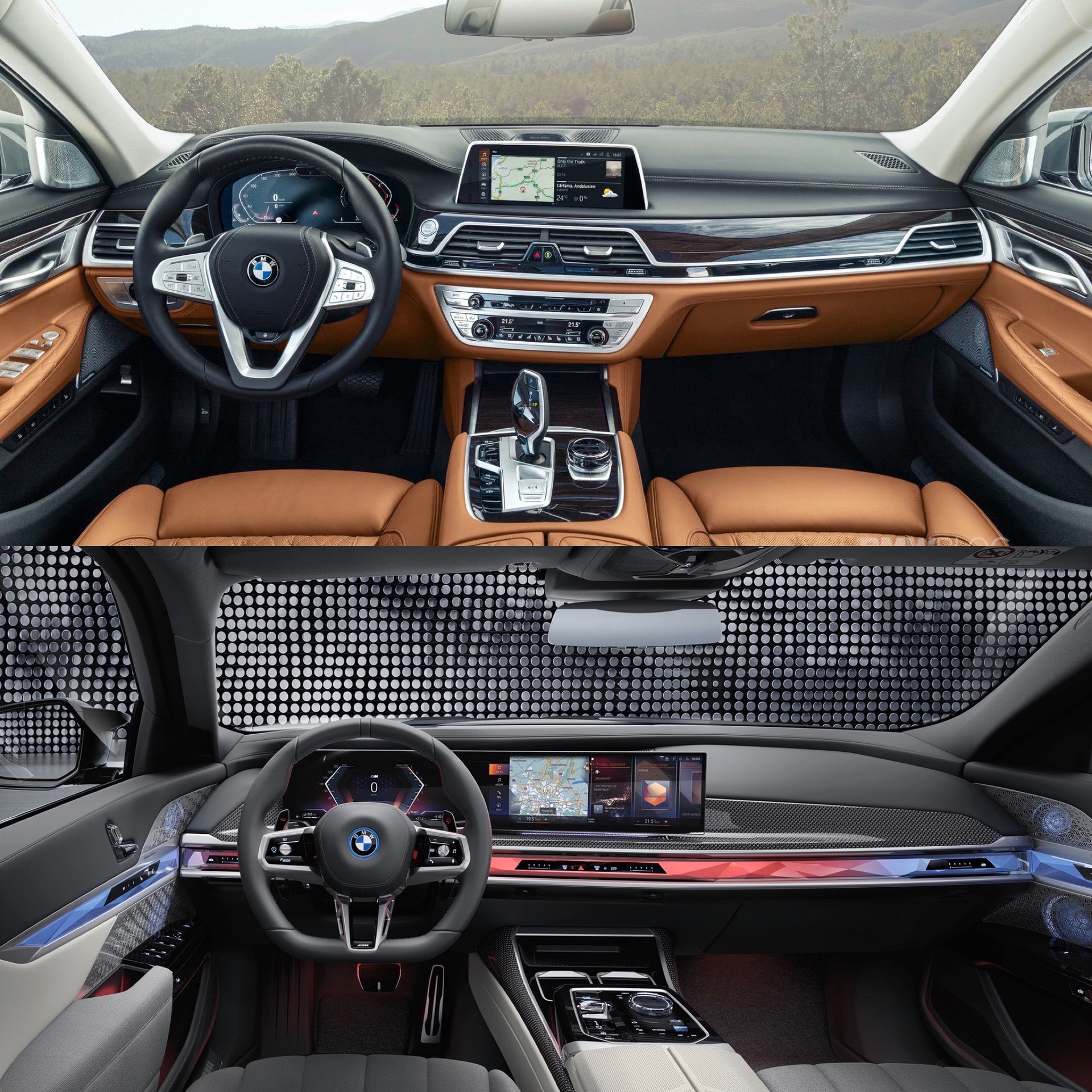