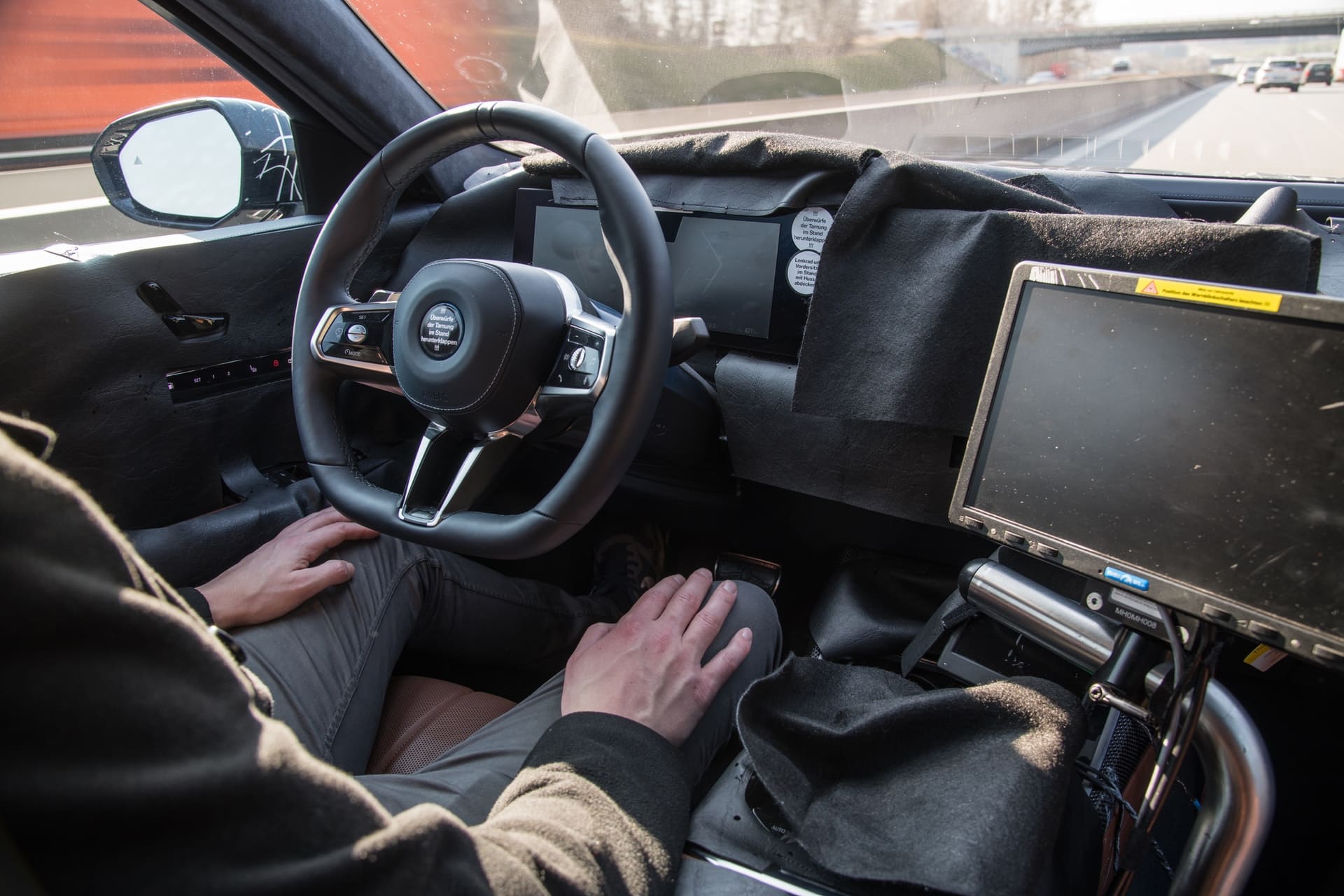 When this new BMW 7 Series debuts, it will launch a technology-first for the brand, something that only one or two other brands have even dabbled with — Level 3 autonomy. If you’re not familiar with the different levels of self-driving, Level 3 autonomy means that, while the system is engaged — and within the proper parameters — the driver doesn’t have to drive the car at all. The next-gen 7 Series will be Level 3-capable, even if most markets won’t allow it.

What makes Level 3 different from the current Level 2 systems in current BMWs? Technologically speaking, there’s more capable hardware involved in Level 3, which we will get to in a bit. But practically speaking, Level 3 cars require no driver intervention while in the required parameters. How does BMW achieve Level 3 in the new 7 Series? The short answer — LiDAR, high-def cameras and sensors.

Smallest LiDAR in a BMW 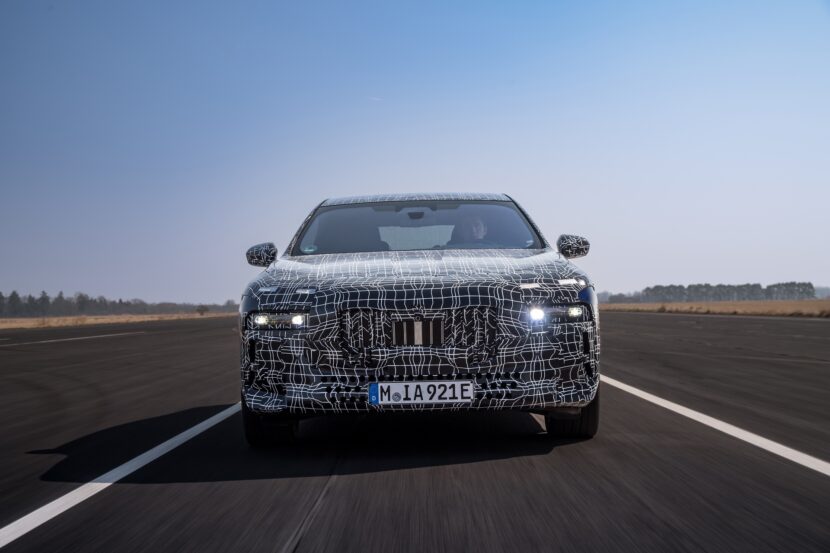 LiDAR is an interesting technology and one that has been consistently criticized by Tesla’s owner Elon Musk. However, even Tesla is now testing out LiDAR. However, BMW partnered with Innoviz to develop a LiDAR system that’s hidden in side the car’s kidney grille. The next-gen 7 Series will use a new LiDAR unit from Innoviz, mounted in the front grille, to provide up to 250 meters of forward visible range. Also, for the first time, the LiDAR has vertical resolutions on multiple levels so it’s able to distinguish between obstacles than can be driver under or over.

The new BMW 7 Series also gets a windshield-mounted front camera, which looks for pedestrians and other cars even further away. It’s also said to be the first 8 MPix camera used for automotive purposes worldwide. An additional front camera is also mounted in the grille. BMW says that thanks to the 8 megapixel camera, they were able to reduce the number of front cameras, while doubling the number of measurement points.

In addition to the front LiDAR and cameras, there are six ultrasonic sensors up front, six at the rear, a rear-mounted camera, two short-range radar sensors at the rear, and even two side cameras — one in each side mirror. In total, there are over 30 sensors in the area of ultrasound, cameras and radars.

Level 3 Limited to Some Markets 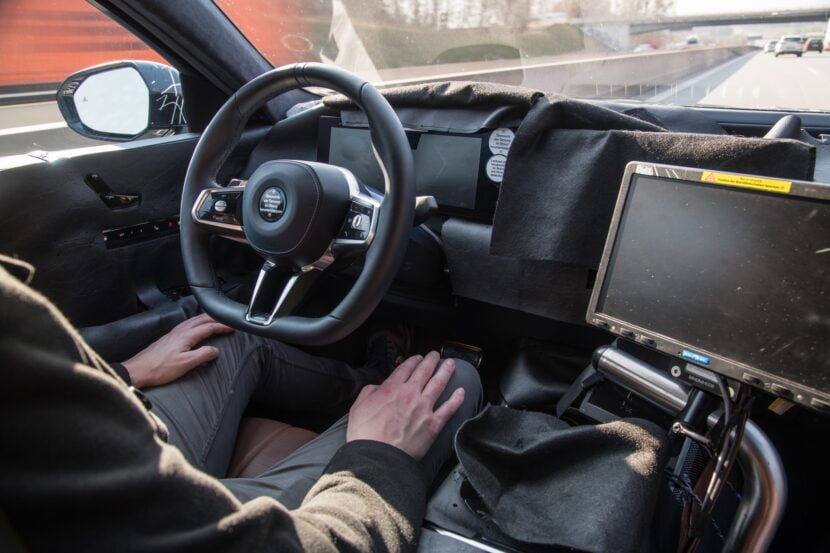 BMW’s Level 3 self-driving system will be limited to highway use in moderate traffic, at speeds up to 60 km/h (37 mph). The idea is that it can completely take the hassle out of driving in traffic, allowing the car to do the boring stuff for you. BMW claims customers will able to have time for reading, sending emails, entertainment, or even just relaxation. That’s what separates it from the Level 2 systems currently used in cars like other BMWs, Mercedes’, Audis, and Teslas.

You need more than just sensors and LiDAR to make Level 3 work, though. Massive computing power is also necessary, as there are literally millions of scenarios being simulated while BMW tests this system, all of which are done remotely, at select data centers.

When BMW launches Level 3 in the BMW 7 Series and BMW i7, it will be one of only two brands that actually have Level 3 tech, along with Audi. However, Audi sort of gave up its Level 3 ambitions, deciding instead to hold out for Level 4 and beyond. Which sort of leaves BMW in a class of one. Both Tesla’s Autopilot and Cadillac’s Super Cruise — the two systems typically considered the best in the business — are Level 2+ systems, meaning they can do a bit more than traditional Level 2 setups. Neither of which, though, are Level 3.

Unfortunately for BMW, many countries lack the legislation to allow such systems. Germany is currently working on legislation to allow for Level 3 autonomy but countries like the UK and U.S. are still far from allowing such systems to work. Which means if you’re an American 7 Series or i7 customer, you car will technically be capable of driving itself on the highway, within the proper speed parameters, but you won’t be allowed to do it. Therefore, China might be the first market to get a Level 3 spec BMW.

This is a step forward, though. As we slowly inch our way toward full autonomy, some brands are going to have to push technology that maybe the world isn’t ready for, so long as it’s done in a safe manner. When we can finally get our hands on a 7 Series or i7, we’ll be able to test if BMW’s Level 3 system is safe to use and how effective it is. Until then, it looks promising. Next week, we will also have the Innoviz CEO join us for a chat on their LiDAR, so stay tuned for a more detailed tech article!