2023 BMW M2 will also get the new M Performance Exhaust 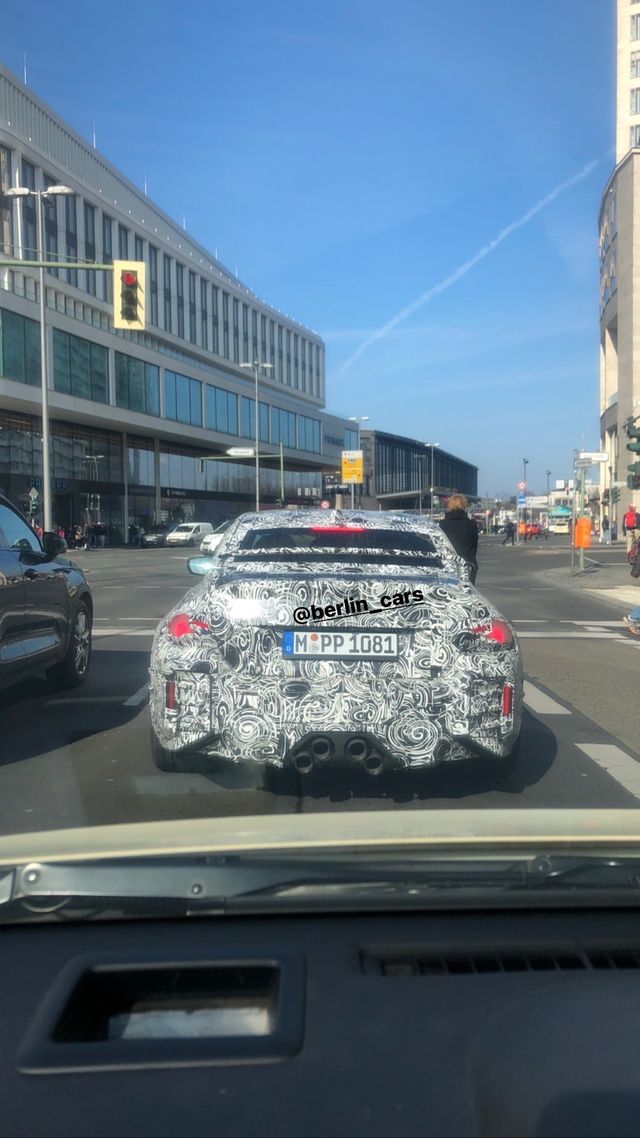 The 2023 BMW M2 unveil will take place this year before the new sports coupe goes into production in November 2022. Along with the BMW M3 Touring, the G87 M2 is one of the biggest reveals of the year, not just for BMW, but for the entire premium segment. Today, a new spy photo gives us a closer look at the M Performance Parts for the new BMW M2, including the highly controversial exhaust system.

This particular M Performance Exhaust system was first introduced for the new M3 and M4. It features a triangular layout of its titanium pipes and is placed in the middle of the diffuser. The lightweight exhaust system has flap control and weighs around five kilograms less than standard exhaust. It also delivers a sportier sound, thanks to the exhaust gas routing.

The exhaust is paired with the S58 engine, which is specifically enhanced by the BMW M division using the B58 unit as starting point. The straight-six petrol engine is offered in two output stages. The 2023 BMW M2 is expected to make 450 horsepower. We expect a similar torque as the standard BMW M4 – 406 lb-ft of torque.

We also get to see a new massive rear spoiler, similar to those you’d see on racing cars. So needless to says, BMW plans to go all out on their G87 M2, likely one of the last gasoline-powered M2 models ever produced. Our sources say that this new G87 M2 will take the performance and handling to a new level. BMW has a great base model in the new 2 Series Coupe, so some of the work was cut out for the M engineers. But of course, they will add their own touches and technical bits to make the G87 M2 one of the best driving BMWs.

We expect to learn more about the new BMW M2 G87 in April 2022, so stay tuned! [Photo by www.instagram.com/berlin_cars]