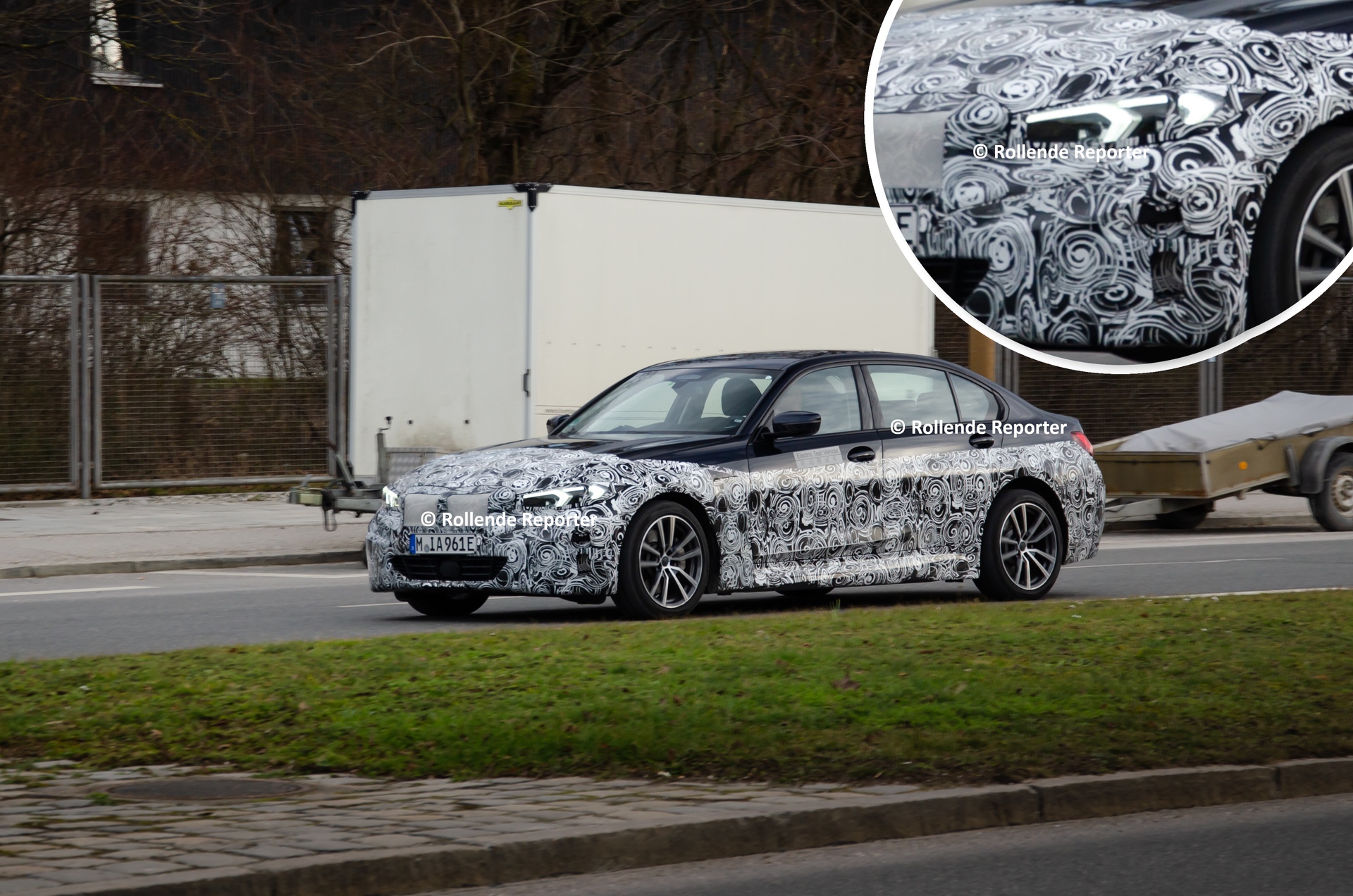 The BMW i3 name will continue to live on in 2022 despite the electric hatchback being discontinued come this summer. While the i3 – as we know it – will end its production run, a slightly different variant will be available in China. The BMW i3 electric sedan is based on the G20 3 Series platform, with an extended long-wheelbase, and will feature BMW’s fifth generation eDrive.

Earlier today, a new BMW i3 prototype was spotted in Munich, Germany. And not only we get to see the electric sedan, but also a preview of the upcoming BMW 3 Series Facelift. The test mule features a new headlight design with notches at the bottom and curved graphics at the top. Additionally, the kidney grilles don’t seem changed much, so they will retain the non-aggressive design.

Around 300 miles of electric range

Inside we expect to see the latest BMW iDrive 8 infotainment system paired with two large LCD screens, as seen in the BMW i4 and iX. The two screens are a 12.3-inch fully digital instrument cluster and a 14.9-inch touchscreen. We also expect some small upgrades to the trim and leather options, along with 5G mobile network capabilities and the latest BMW Digital Key.

The BMW i3 long-wheelbase electric will be exclusive to the Chinese market and there are no plans to bring it over to Europe or North America. The production of the BMW 3 Series electric is rumored to start in March 2022.