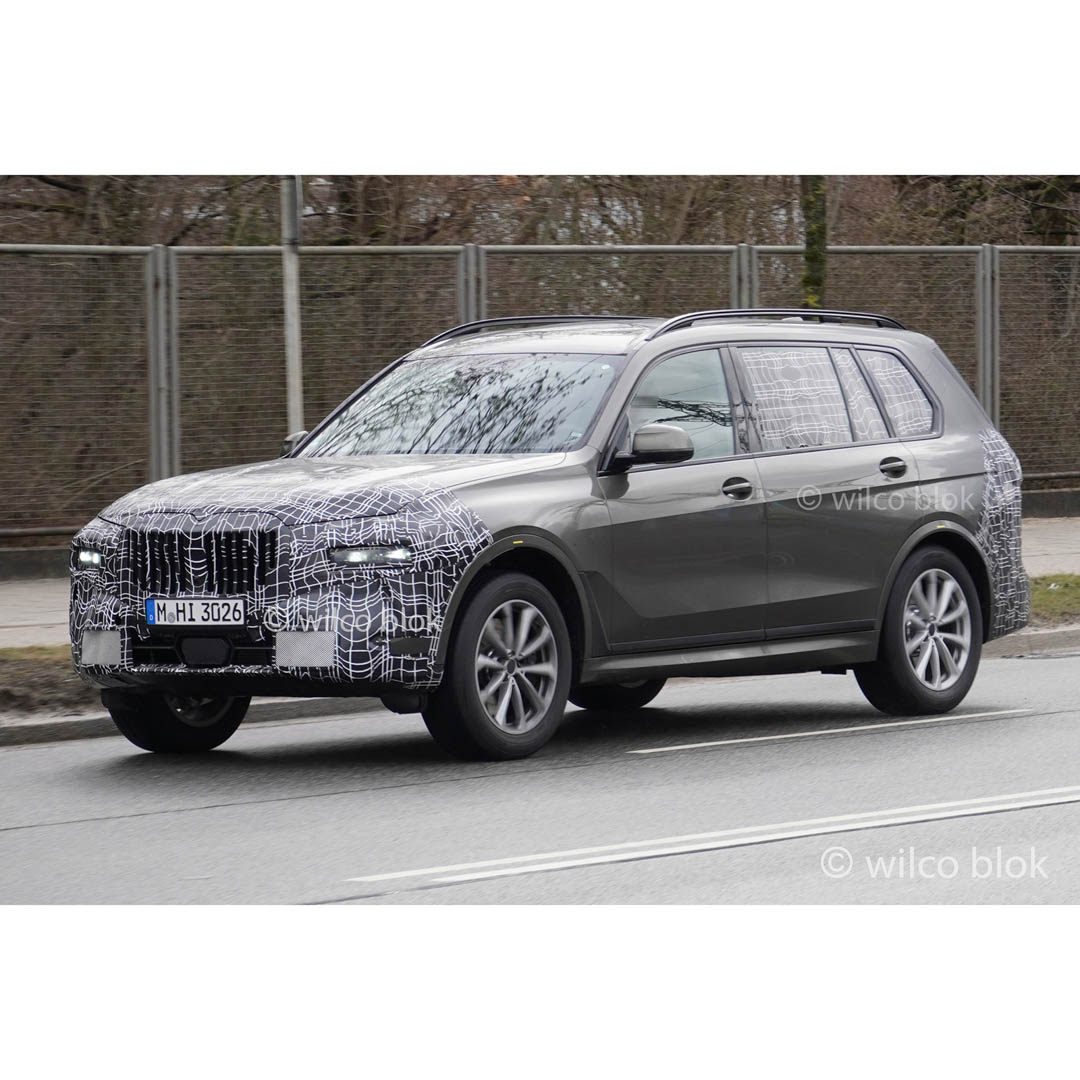 The BMW X7 is going to be among only a handful of vehicles that get BMW’s upcoming luxury face. Cars like the X7, 7 Series, and XM will all get a similar front end design, comprising of large kidney grilles and split headlights. It’s a combination that will only be seen on the highest end BMW models in the near future. Obviously, the current BMW X7 doesn’t have such a face (though, it does have big kidney grille) but it’s going to get it with its upcoming LCI facelift.

In these new spy photos, we get to see the upcoming BMW X7 LCI, wearing a hefty amount of camouflage. Despite the heavy camo, there’s still quite a big about its new front end design that can be seen. For  instance, the kidney grilles — while still huge — look a bit smaller and more cohesively designed into the front end. The current X7’s grilles just look like two big squares glued to the front end. There seems to be a bit more curvature to these new grilles.

The next thing you’ll notice is the headlight placement. Split headlights are the new deal for BMW’s high-end luxury cars and it’s clear the X7 will get such a design. The headlight that can be seen through the camo sits lower than on the current X7, leading us to believe that there will be a second headlight portion, which will sit above it. Previous spy photos of the 7 Series have shown a very thin, eyebrow-like strip of LEDs sitting above the main headlight. It’s possible the X7 could get something similar.

There’s camo at the rear of the car as well but there aren’t likely to be many updates back there. BMW will update the taillights but any updates will be subtle, as with all BMW LCIs.

When the BMW X7 LCI debuts, it will share its design with the next-generation 7 Series that’s set to debut in about a month’s time. Will it be better looking than the current X7? It’s unknown, as this new split headlight design is very new for BMW. But we’re very interested to find out.