As we’re getting closer to the world premiere of the i7, BMW is intensifying the teaser campaign. Not only that, but spy photographers keep spotting pre-production prototypes undergoing final testing. Meanwhile, independent artists are trying to put two and two together in a bid to accurately render the electric luxobarge. Case in point, The Sketch Monkey has imagined the Mercedes EQS rival shortly after drawing a hypothetical 2023 M3 based on the 3.0 CSL Hommage.

Marouane Bembli, the talented artist behind this digital interpretation, took a rather bold approach. He gave the 2023 BMW i7 the polarizing front fascia of the Concept XM plug-in hybrid SUV. Both the sedan and M’s dedicated model will usher in the already controversial split headlight design. Fans of the brand have expressed their concern about the setup, which isn’t that unusual. Citroën has been taking a similar approach since 2013 when it introduced the second-generation C4 Picasso.

If the Concept XM is any indication, BMW isn’t simply going to copy the French marque. The electrified SUV had an interesting headlight setup with the main clusters almost “hidden” in the bumper, making them far less visible than the upper daytime running lights. Spy shots and teasers of the i7 have suggested the grille won’t be as in-your-face as on the SUV, but who knows what was hiding underneath the camo. 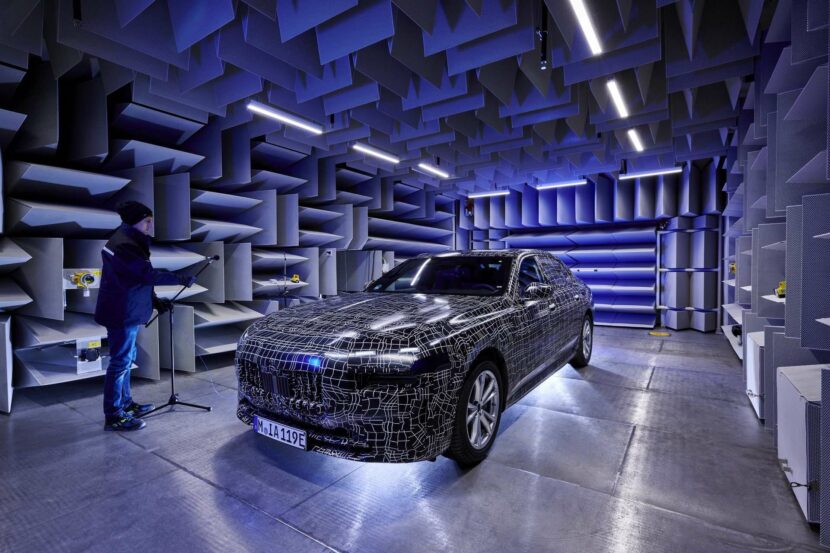 The XM coming towards the end of the year as a production model had an aggressively angular body. Will that be the case with the next 7 Series / i7? Time will tell. For what it’s worth, The Sketch Monkey’s rendering doesn’t look half bad, albeit we’re still having a hard time getting used to the XM’s bold front end.

We believe BMW will be the most courageous in terms of design changes compared to its archrivals Audi and Mercedes. The i7 will look largely the same as the 7 Series since both will ride on the same CLAR platform. That’s not the case with the S-Class and EQS since the two are completely separate models.