The good folks over at Carwow are at it again. They’ve decided to get BMW’s largest SUVs on sale today and line them up in a drag race. Although both carry the “50” and have xDrive, the family haulers are vastly different in terms of propulsion. It’s a duel between the future and the past by pitting an EV against a gas-guzzling V8. Yes, an iX xDrive50 versus the X7 M50i.

They’re not the lightest vehicles out there, weighing 2,500 kg (5,511 lbs), give or take a few kilos. Coincidentally, the midrange electric SUV and the M Performance version of the X7 have roughly similar outputs of around 530 hp and 750 Nm (551 lb-ft). The iX xDrive50 is a bit down on hp and torque but it makes up for that with its virtually instant power delivery.

The two are fairly identical on paper and that translates into the real world as well. The BMW X7 M50i and the iX were neck and neck throughout the whole drag race. Even though the twin-turbo 4.4-liter machine was quicker off the line, the electric SUV recuperated the lost ground. Not only that, but it managed to overtake and cross the finish line two-tenths of a second quicker, in 13 seconds flat. 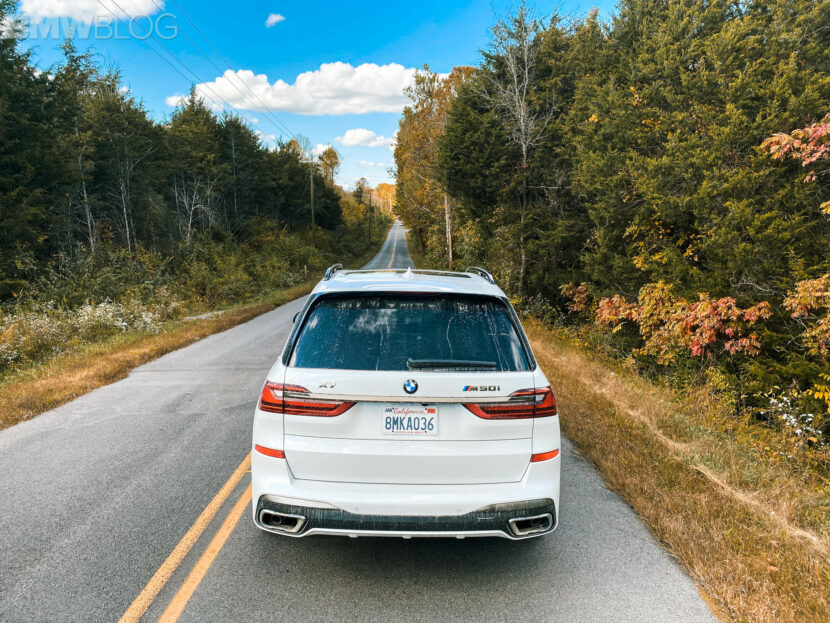 The time came to do a roll race from 50 mph, and even though the X7 M50i’s eight-speed auto rapidly kicked down, the iX was much quicker in the beginning. However, BMW limits the electric SUV to 124 mph (200 km/h) whereas its sibling rival is capped at 155 mph (250 km/h). Consequently, the X7 took a comfortable win in the end. The subsequent roll races were more of the same.

Finally, a brake test from 100 mph (161 km/h) was won by the slightly heavier car, which rarely happens. Albeit, the difference is negligible. Yes, the iX xDrive50 needed less tarmac to come to a full stop than the X7 M50i.