We’ve seen our fair share of lopsided drag races, but this one takes the proverbial cake. Surely a measly scooter is no match for an M car, right? We’d normally agree, but this isn’t your run-of-the-mill Vespa. Come to think of it, the BMW M3 E92 is not exactly stock either, so the outcome might just make your Sunday a bit more fun.

In one corner, we have a rare UK-spec M3 E92 Coupe Limited Edition 500 finished in Santorini Blue. Its naturally aspirated V8 used to make 420 horsepower a decade ago when the car was released. However, the 4.0-liter S65 now pumps out 430 hp courtesy of a custom exhaust, cold air intake, and a software remap.

The M3 E92 is running on Michelin Pilot Sport 4 street tires and tips the scales at about 1,600 kilograms (3,527 pounds). Doing the math, it has a power-to-weight ratio of around 268 hp / metric ton. It comes from a time when M3s were strictly RWD, and this example has the optional seven-speed DCT. In 2012, BMW UK also offered the Edition 500 with a six-speed manual. 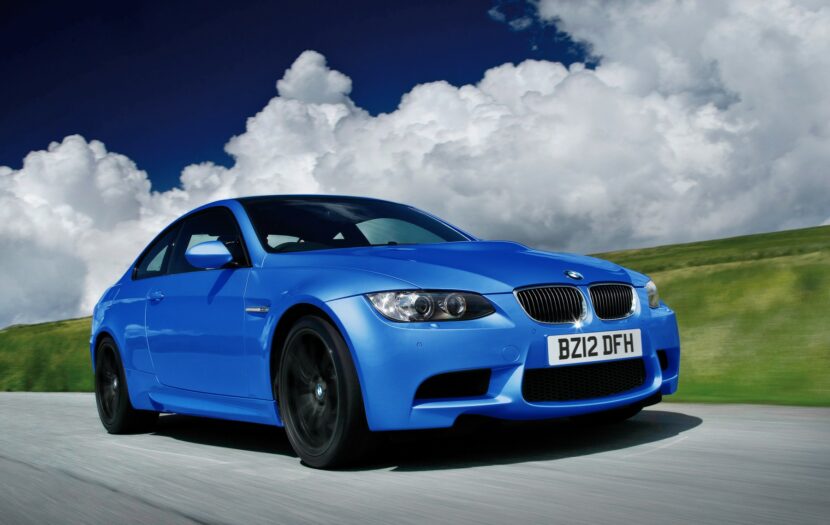 The Bavarian machine is going up against a two-wheeled contender, a Vespa 50 Special with a 150-cc swapped air-cooled engine. It originally made a whopping four horsepower and now it pushes out a mighty 43 hp. Yes, the M3 E92 has ten times more power, but the little scooter weighs just 85 kg (187 pounds). Coincidentally, that gives it the same power-to-weight ratio as the BMW.

The M3 E92’s S65 V8 may rev to 8,300 rpm, but the scooter’s tiny-yet-mighty one-pot screams to 14,500 rpm. The Vespa is much quicker off the line in both drag races, but the M3 catches up and ultimately takes the win. The car and scooter were neck and neck in the first part of the roll races before the V8 showed its worth.

We know which of the two we’d have and it’s not the scooter. Riding in that two-wheeled insanity takes a lot of courage, to say the least. We’d rather be surrounded by airbags and protected by a seatbelt in case of an accident.