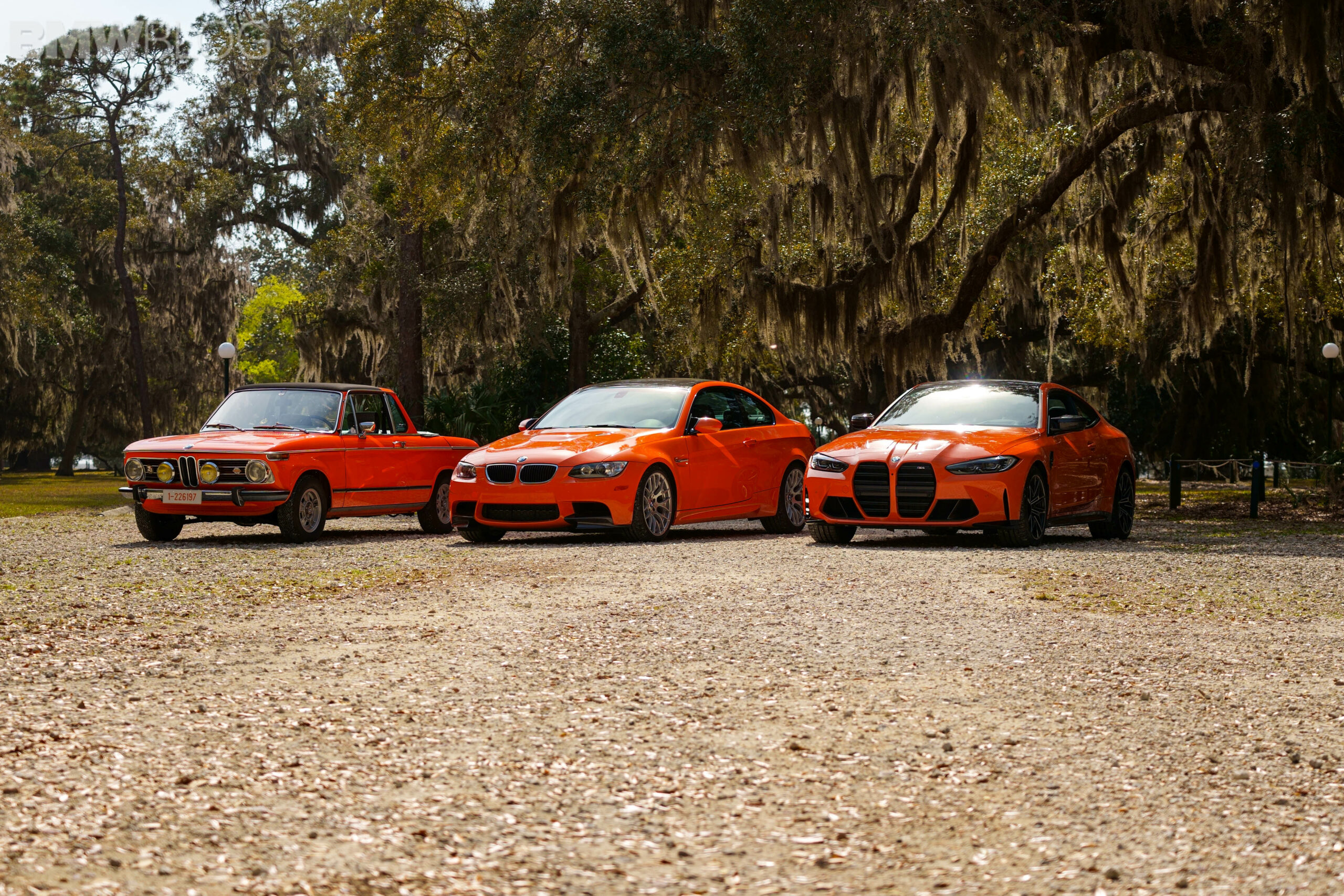 During a recent trip with BMW, we had the chance to see three different generations of BMW painted in lovely shades of orange. In this trio, one of these cars is not like the others. Two of them are new-ish Bimmers while the other one is quite old. But yet, they all share a lineage and they’re all wearing orang, which is nice.

The two newer cars are the E92 BMW M3 Lime Rock Edition and the G82 BMW M4 Competition. Both of which are painted in Fire Orange, one of the very best modern BMW colors. The color was made famous by the aforementioned E92 M3 Lime Rock, which came with Fire Orange as one of its two color options, and it’s now  spec’d as an Individual color on many new cars. Of course, it looks better on the E92 because it’s the better looking car but the G82 M4 does wear the color well. 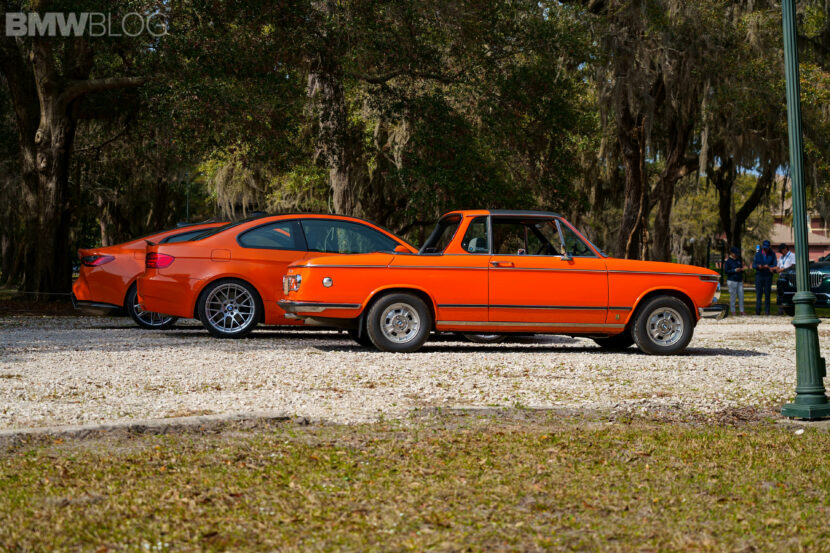 Standing as the odd car out is a BMW 2002 Baur Top Cabriolet, a rare and unique convertible BMW 2002. The 2002 Baur Top Cabriolet differed from the regular Cabrio, as it wasn’t a true convertible. Instead it was essentially a soft-top Targa. Though, it’s a very rare car and one that’s quite special in the 2002 model line. Making it even more special is its color, a lovely shade of Inka Orange.

Considering the BMW 2002 is what truly started the 3 Series we know today, the two high-performance M cars sitting next to it are actually its spiritual successors. Of course, they’re much, much more powerful, far faster, and handle in a way that the 2002 could only dream of. However, there are still likely a few things the old 2002 could teach modern performance cars.

All three cars are great looking in their own ways (though, I struggle to call the G82 “great looking”) and it was incredibly special to see all three of them in person, all wearing wonderful shades of orange. 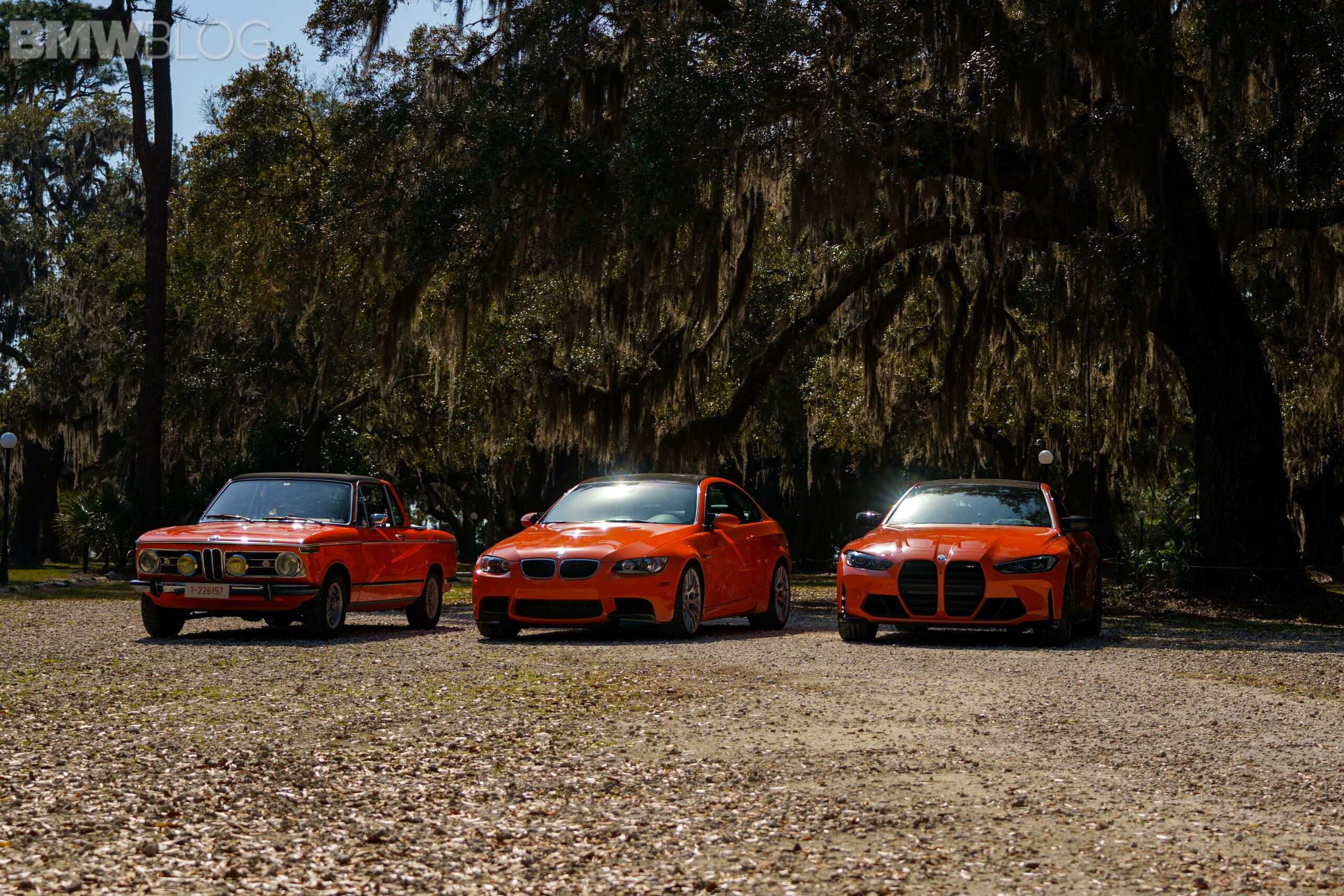 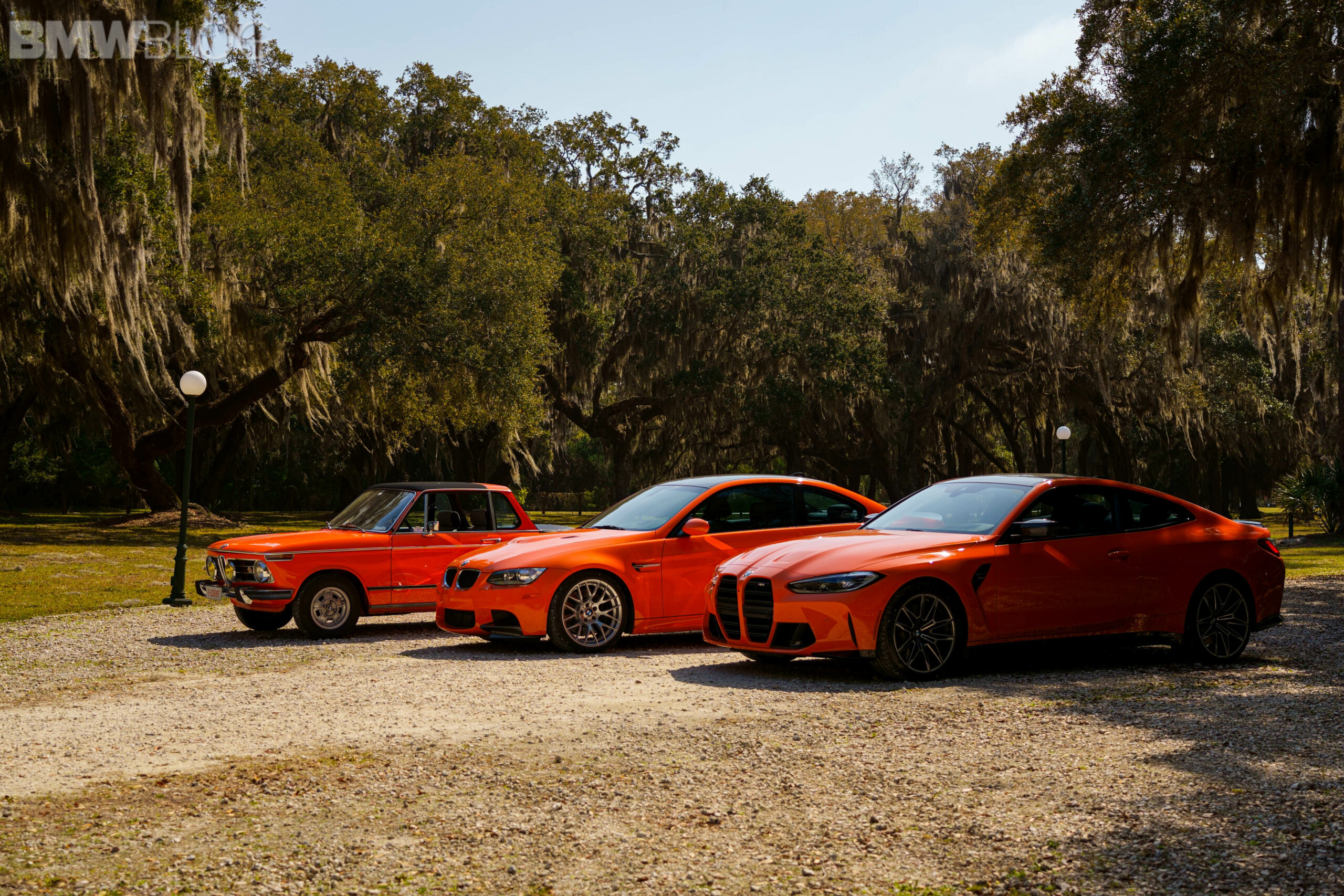 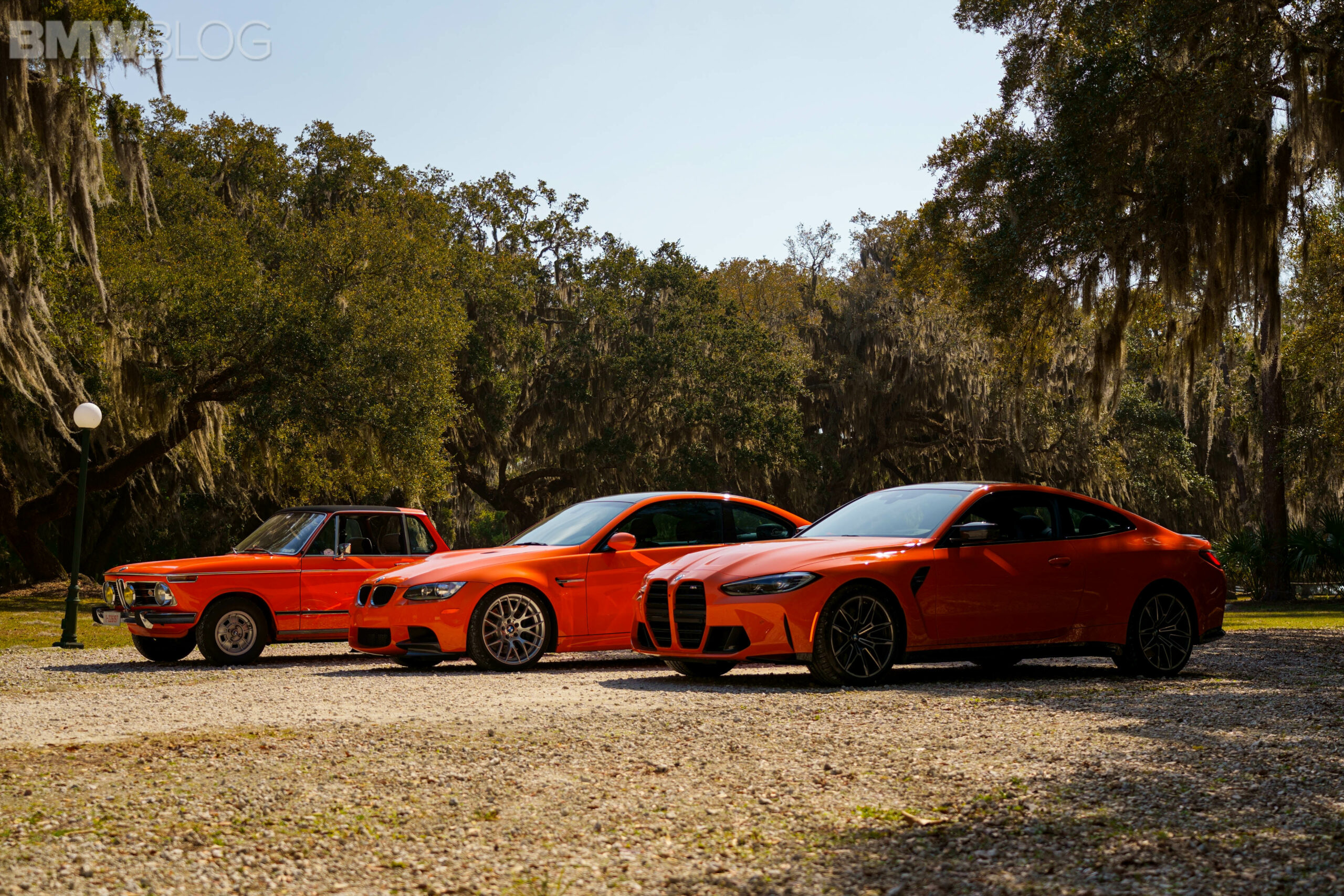 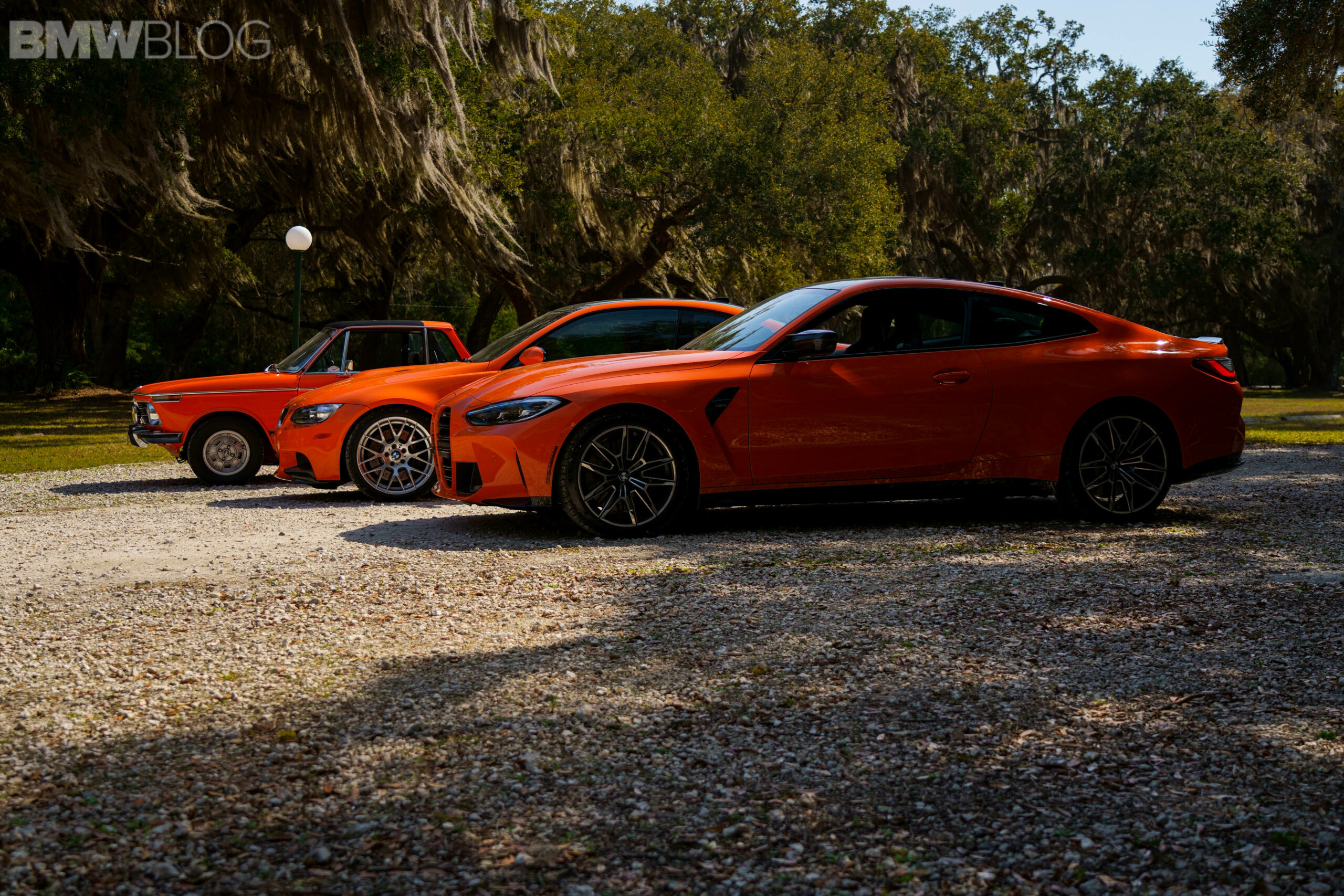 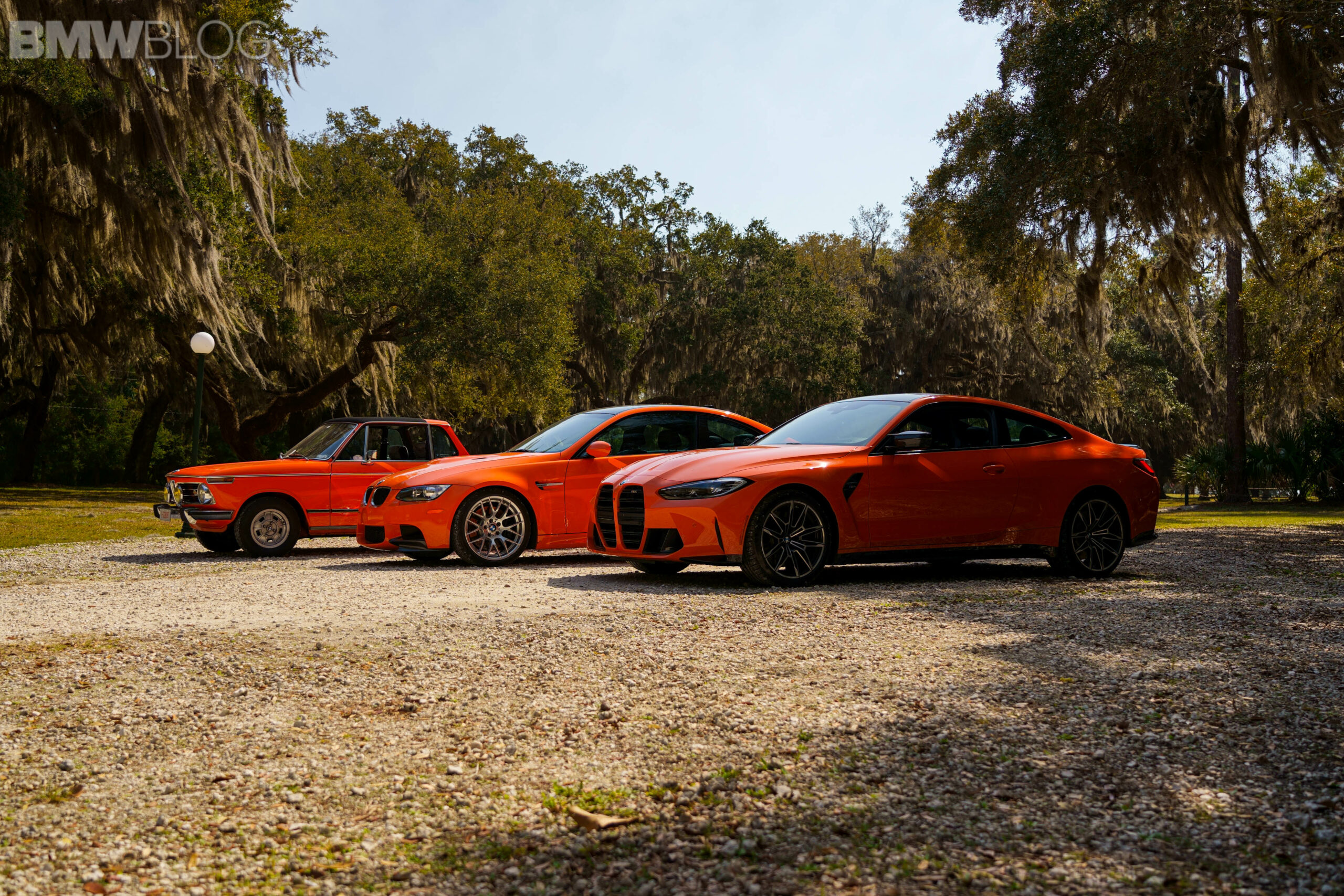 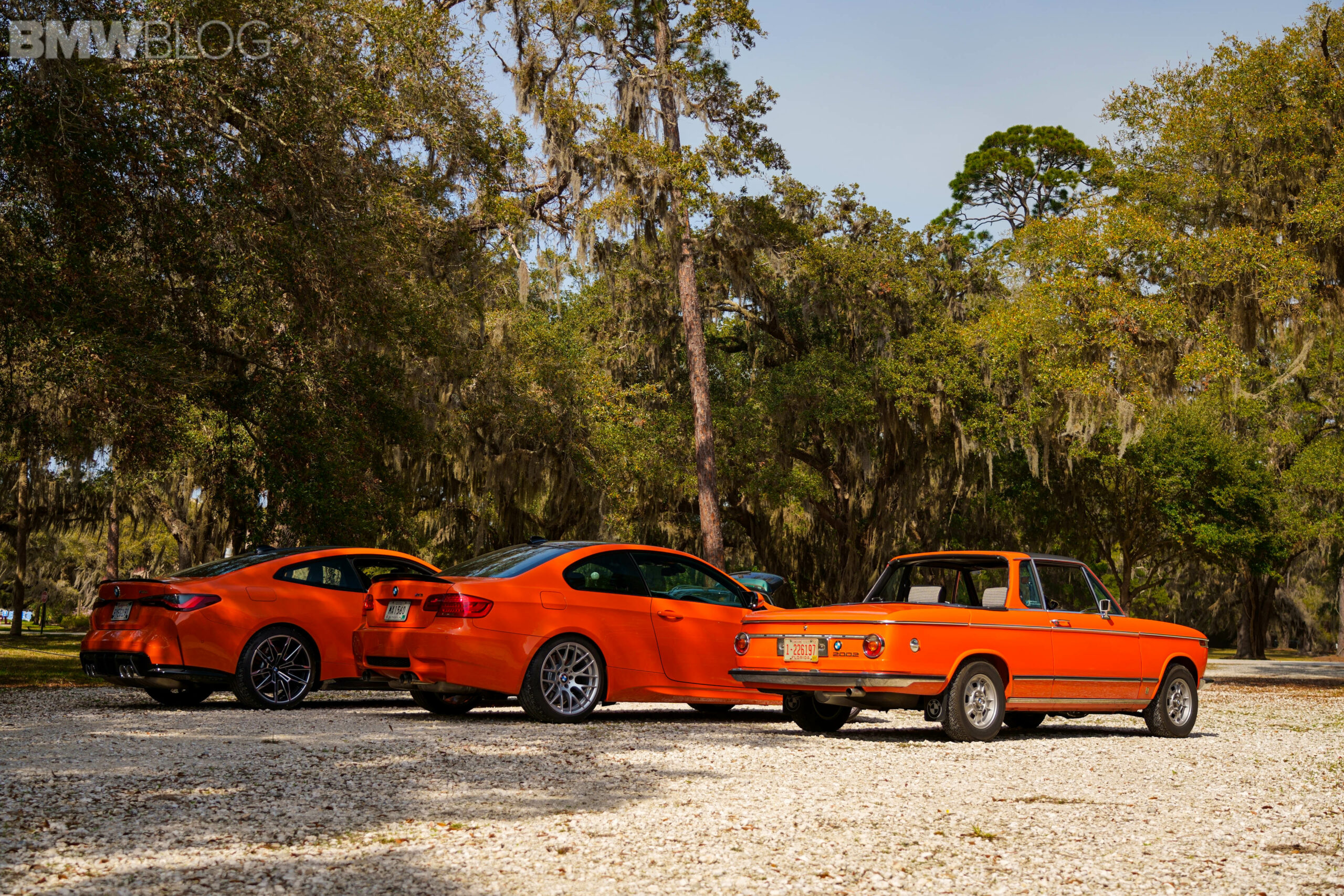 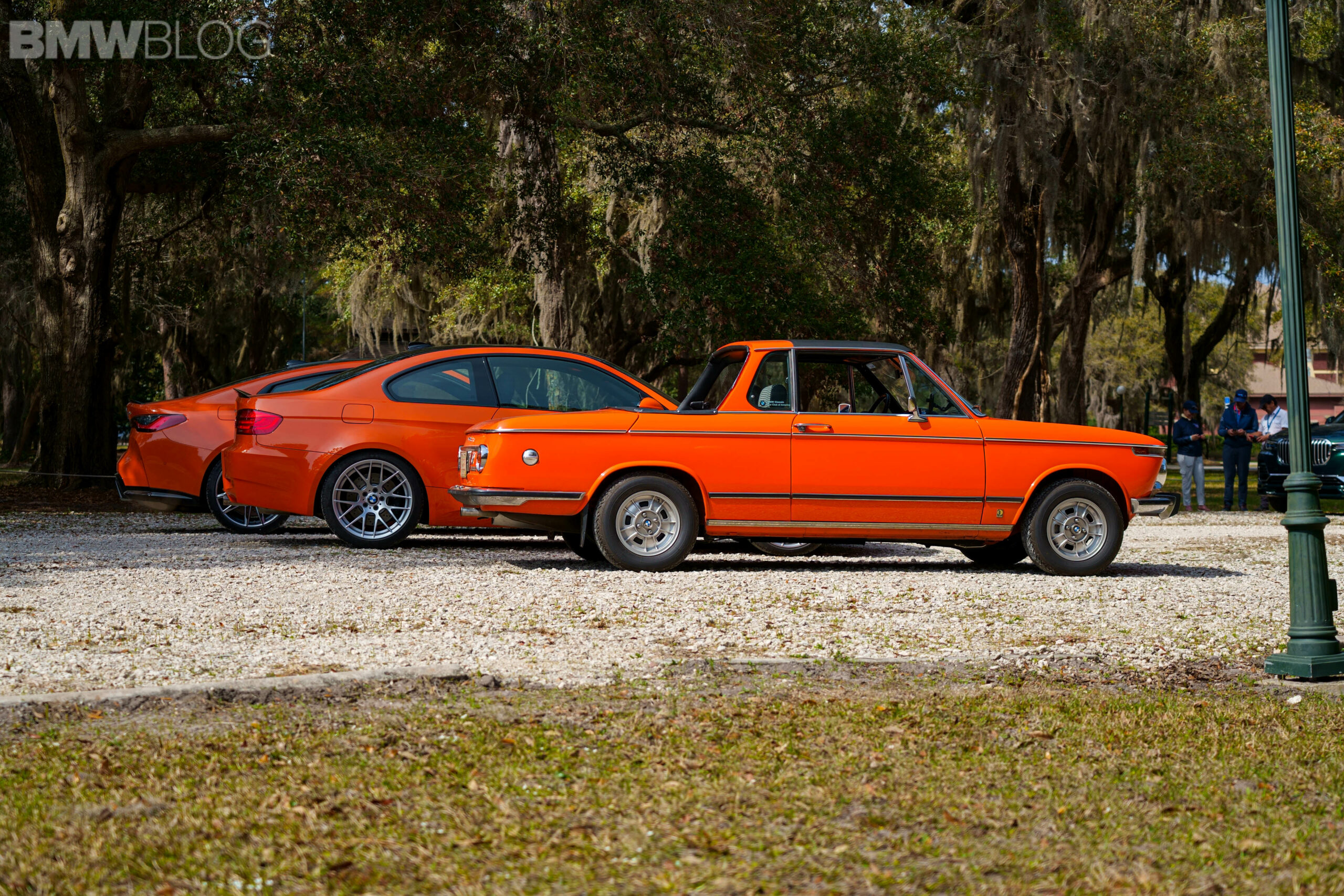 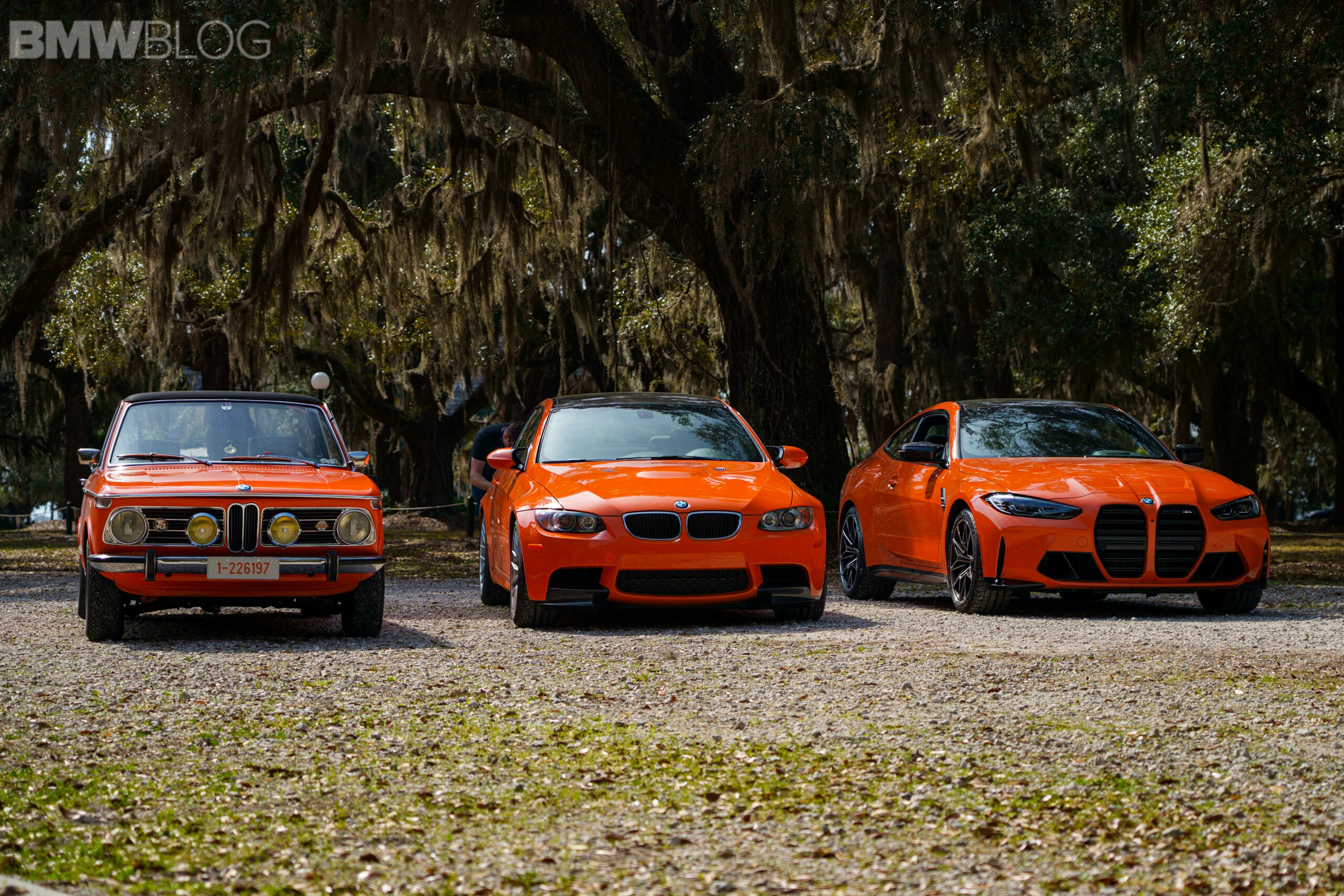 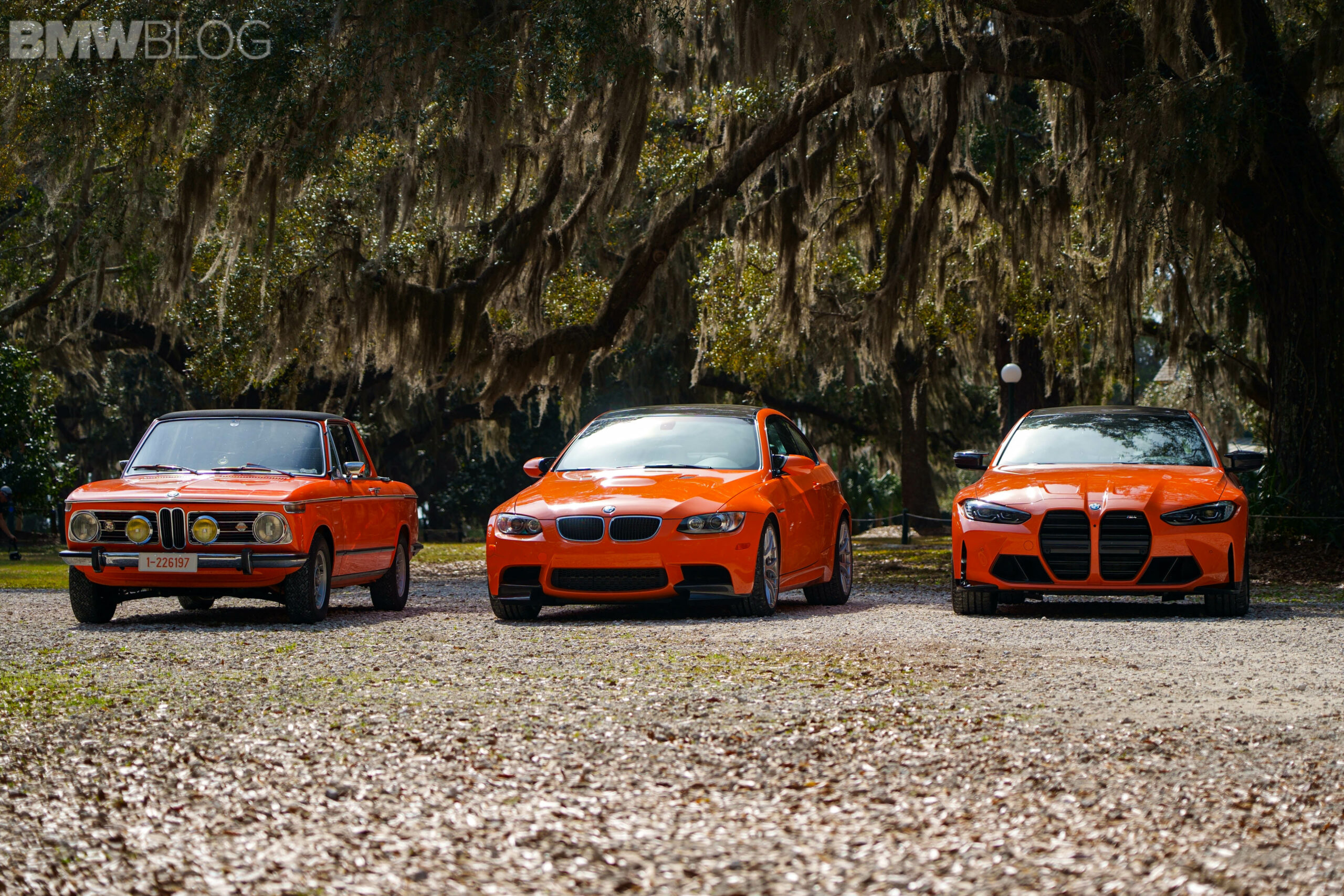 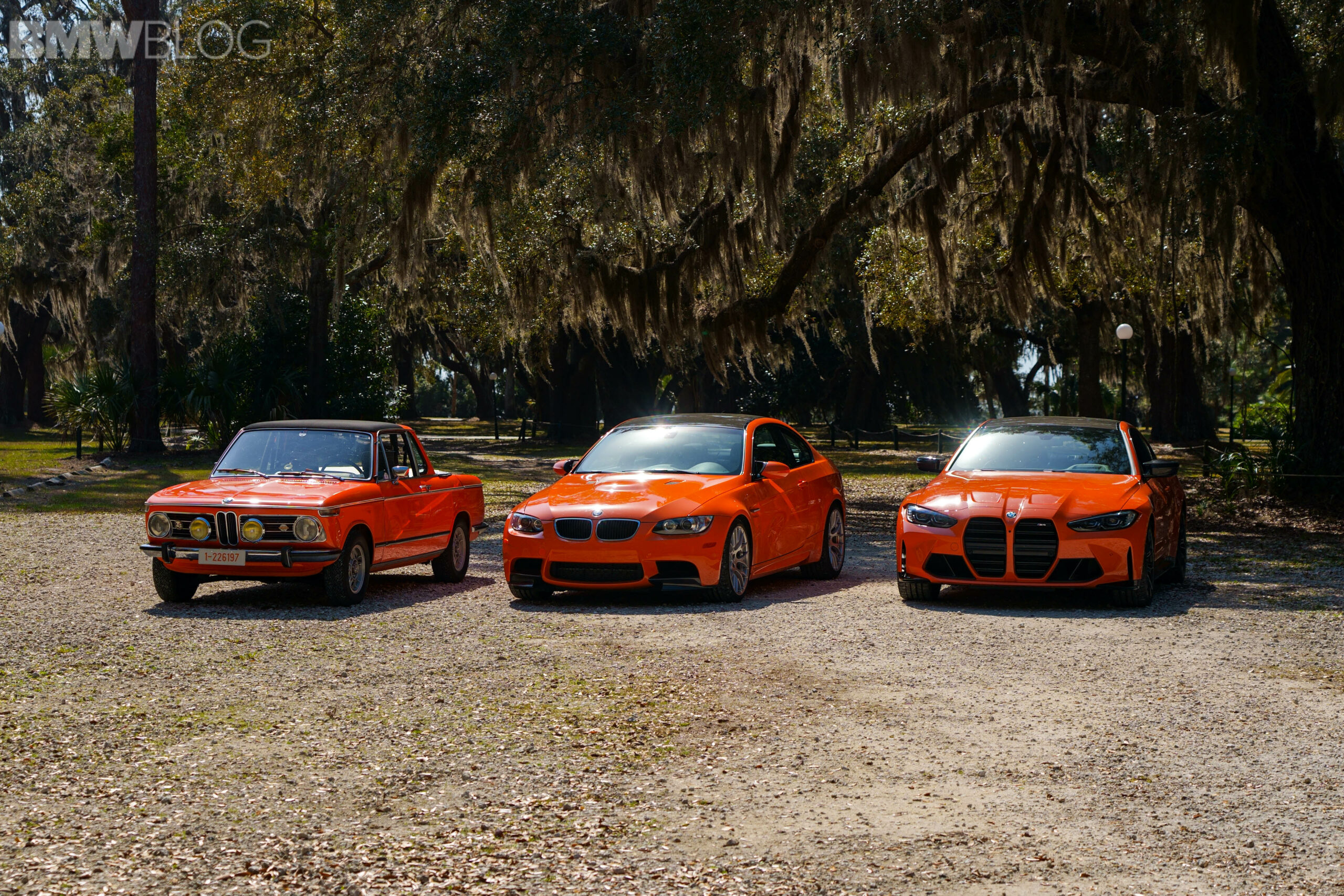