The BMW M5 CS and Ferrari 812 Superfast are both performance cars, and yet they couldn’t be any more different. Not only does the Prancing Horse cost twice as much as the super sedan, but it has a much larger engine that does away with forced induction. The Italian stallion is also considerably more powerful and boasts a rear-wheel-drive layout.

Mat Watson and his team at Carwow decided to line up the M5 CS and 812 Superfast in a drag race that was surprisingly close. Some would argue the BMW doesn’t stand a chance against a fully fledged supercar. However, those people will be surprised by the outcome. On paper, the coupe from Maranello has the edge with its 800 hp or 165 hp more than the Bavarian. The saloon partially makes up for that by producing 750 Nm of torque or an extra 30 Nm over its contender.

Being a drag race, the M5 CS certainly has the edge off the line courtesy of its xDrive setup. In all three drag races, it’s easy to see the BMW was much quicker at the start. Suffice it to say, putting so much power at the rear wheels of the 812 Superfast is a bit of a challenge. It’s only later in the duels when the Ferrari begins to catch up by unleashing its mighty NA V12. 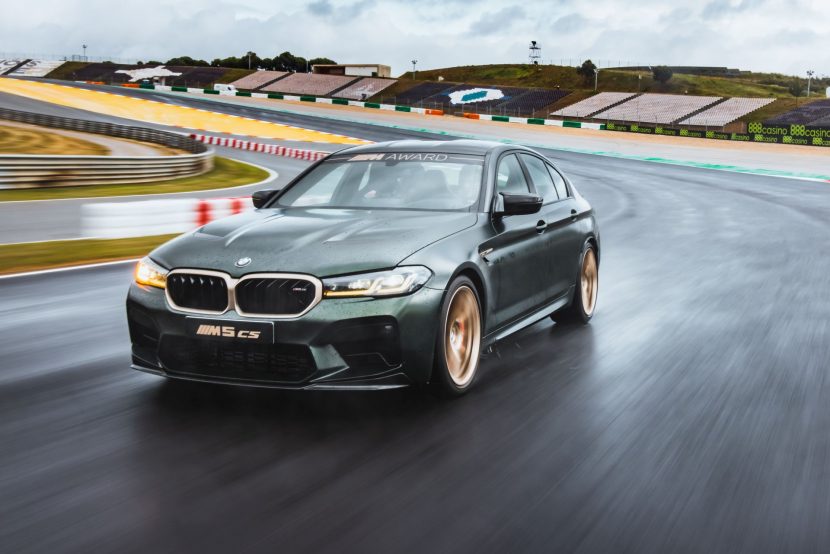 The fact a big four-door sedan can even dare to go up against a V12 Ferrari is remarkable. It proves the M5 CS is an absolute rocket and isn’t afraid to fight one of the quickest ICE cars. It’s only in the rolling races where the BMW is no match for the Ferrari’s significantly larger 6.5-liter engine.

Interestingly, the M5 CS managed to win in the brake test from 100 mph. Both weigh about the same and have carbon-ceramic brakes, but the 812 needed more road to come to a stop.