The manual gearbox is a dying breed, not just in the performance segment, but in general. BMW M is “stubbornly” keeping the clutch pedal alive, as demonstrated by the non-Competition M3 and M4. The new M2 will also allow drivers to row their own gears, so enthusiasts still have time to buy their dream cars. This M4 Coupe also happens to have six gears instead of the automatic’s eight as it battles a Lexus RC F.

Both are performance coupes with rear-wheel drive and weigh just about the same. However, there is one notable difference because even though they have similar horsepower, the Lexus RC F is naturally aspirated. It has a larger 5.0-liter V8 compared to the BMW M4 Coupe’s twin-turbo inline-six 3.0-liter mill.

The Japanese contender makes 467 hp on paper, which is a little bit less than the 473 hp delivered by the S58 engine in the Bavarian sports car. With the M4 benefitting from forced induction, horsepower and especially torque kick in considerably earlier in the rpms. That said, the bigger NA of the Lexus RC F sounds positively glorious. 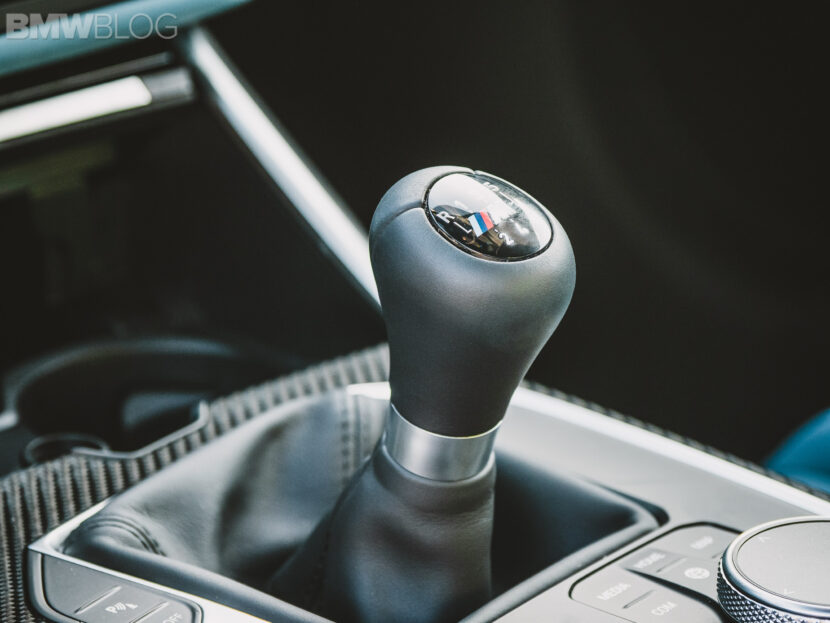 Another difference between the two is the BMW M4’s do-it-yourself gearbox whereas its contender from the Land of the Rising Sun has an eight-speed automatic. In general, autos shift quicker than a human being, but not all of them. Also worth noting is the Lexus RC F is making around 500 hp after upgrading the exhaust, so it technically has an advantage in terms of peak power. That said, BMW typically underrates its engines.

If you’re familiar with the Lexus, you’ve noticed it has an aero kit with front canards and whatnot. The boldly colored RC F spent most of the time in the BMW’s rearview mirror as it couldn’t keep up at higher speeds.