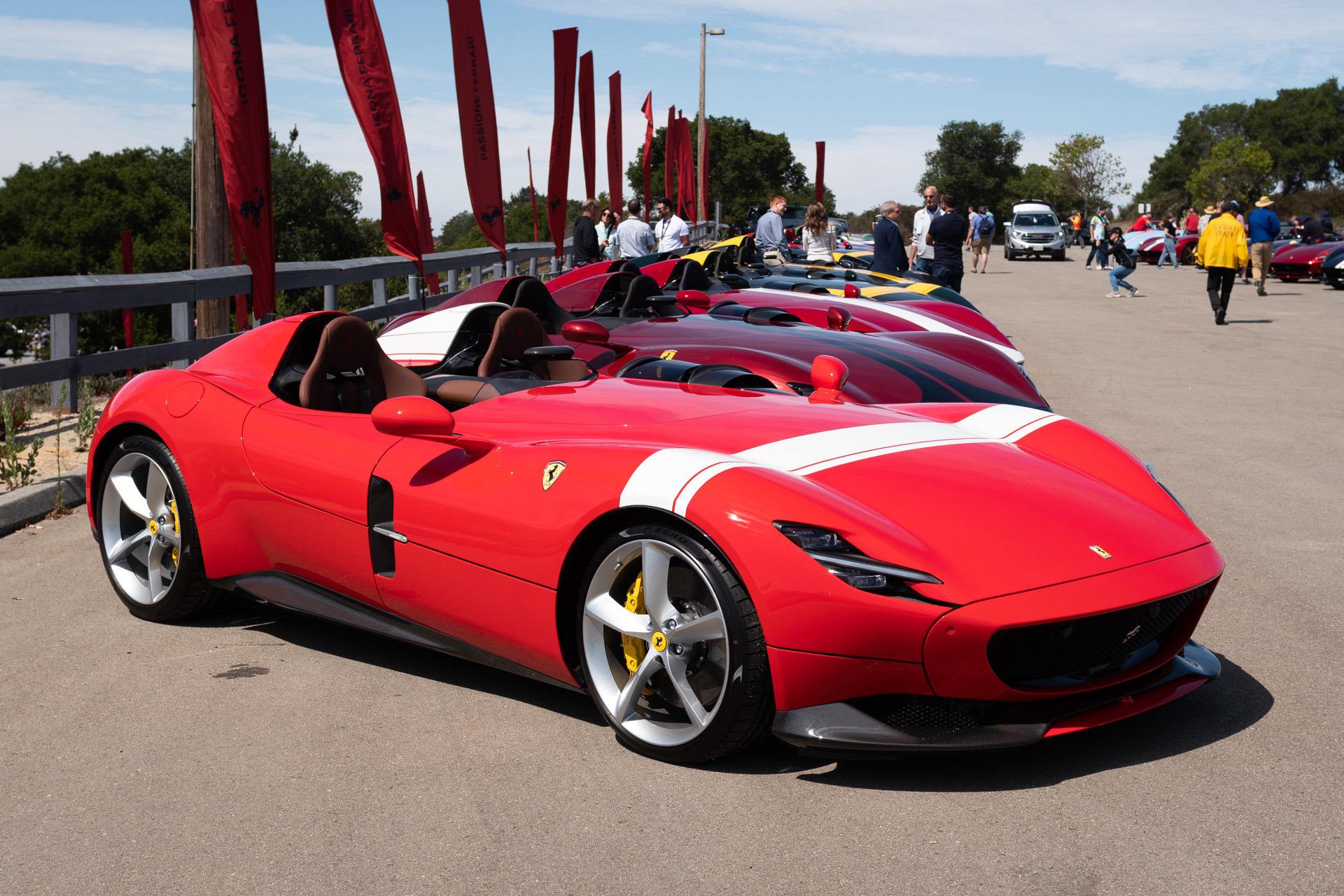 This isn’t exactly BMW-related news but how do we not post a photo gallery of Ferrari Monzas at Laguna Seca from last week’s Monterey Car Week? During our day with BMW at Laguna Seca, we were a bit sidetracked by the absolutely jaw-dropping display of Ferrari Monzas. There were so many, in a vast assortment of colors and liveries, that it was genuinely hard to keep track of them all. Considering Ferrari only made 499 for the world, the collection at Laguna represented a large chunk of the total number.

What is the Ferrari Monza? It’s a roofless, windowless, more extreme version of the Ferrari 812 Superfast and it came (past tense; it’s already sold out) in two flavors, the SP1 and SP2. The former is a single-seat psychopath-mobile, with room for only a driver with nerves of steel. The latter SP2 variant offers a second seat, separated from the driver seat by a carbon fiber partition, so another masochist can enjoy the fun.

The coachbuilt body work is entirely carbon fiber and absolutely gorgeous. Although, you’d expect a fully carbon-bodied car to be light but the Monza isn’t exactly light. With fluids and a driver, it’s around 1,700 kg (around 3,750 lbs), which isn’t much lighter than a BMW M5 CS. However, the Ferrari Monza has more than enough firepower to compensate.

Under the long, stunning hood lies a 6.5 liter naturally-aspirated V12 that makes 799 horsepower and 530 lb-ft. All of that fury is sent through a dual-clutch gearbox to just the rear wheels. Ferrari doesn’t much care for performance figures, though. The Monza is more about stuffing one or two people into a manic, unhinged, wild animal and hoping they can survive its bite.

Admittedly, the Ferrari Monza is a bit of an absurdity. It costs close to $2 million, which is simply a lot of money. Sure, its 499 units are already bought and paid for, so clearly there is a demand for it. The Monza is a beautiful, absurdly ridiculous machine that’s equally as impressive as it is eye-rolling. But for $2 million, you’d be better off buying a BMW M5 CS, Porsche 911, used Ferrari 458 Speciale (the best Ferrari in decades), a $1 million beach house, and save the rest for tires and mods. Still, these were very cool to see. 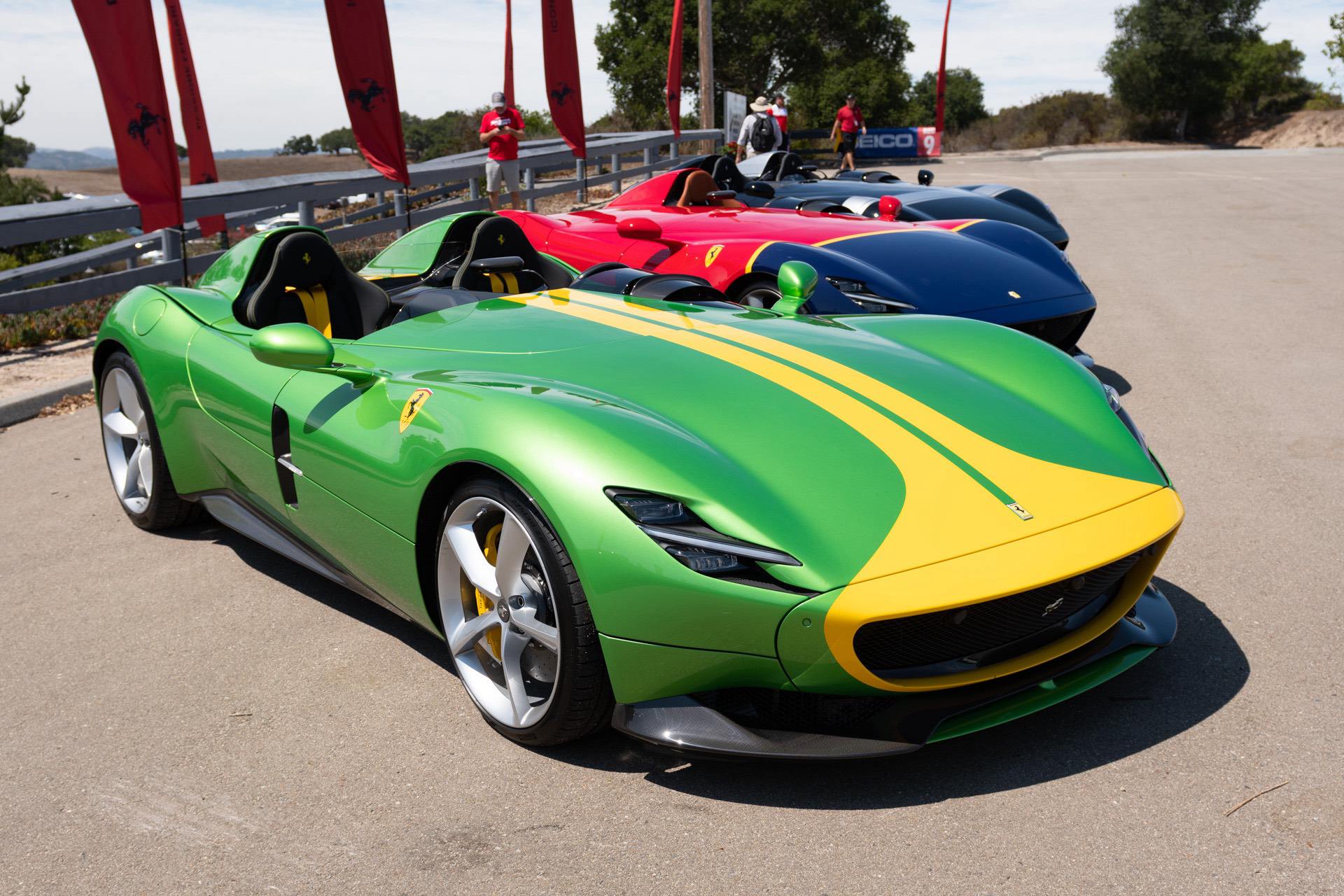 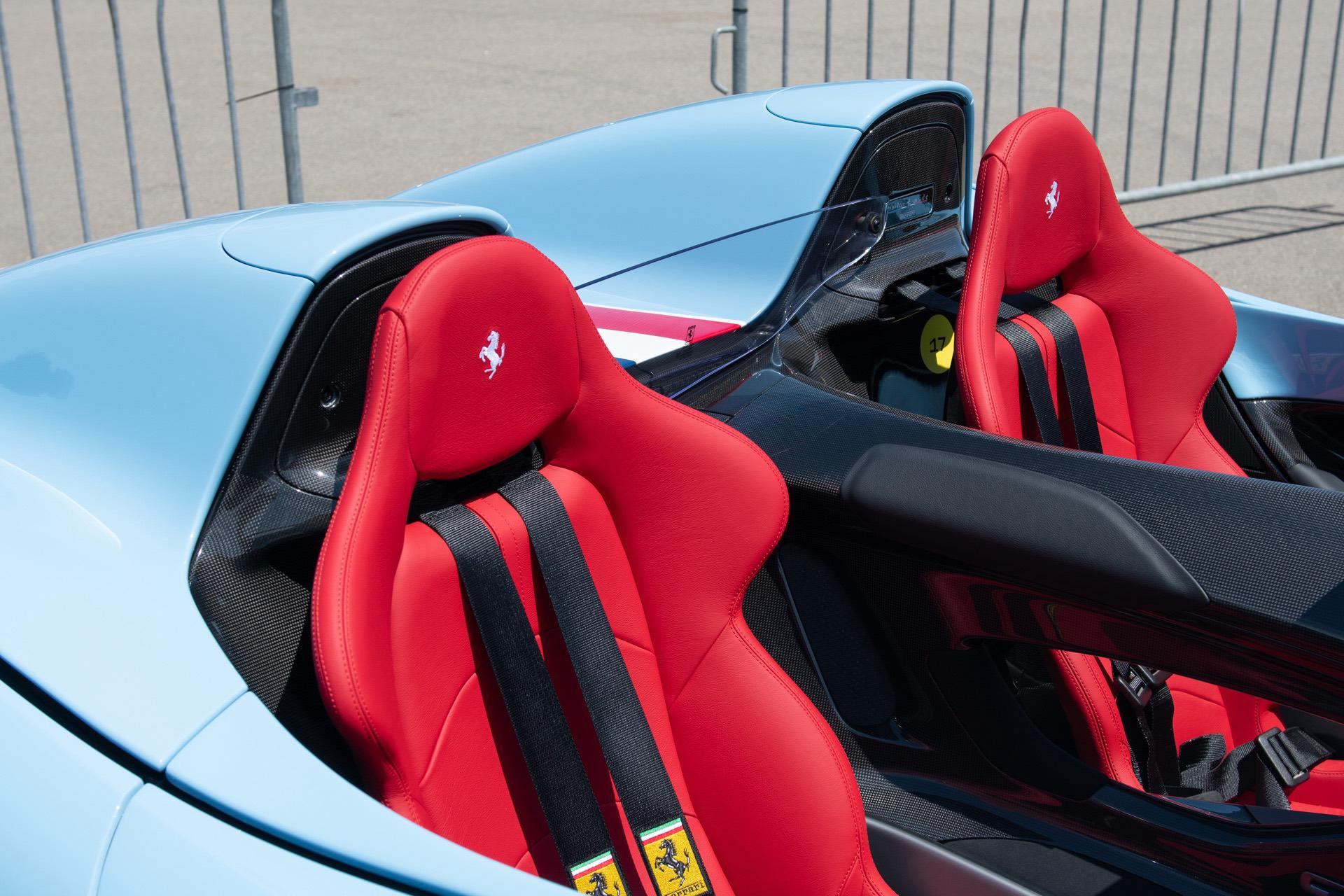 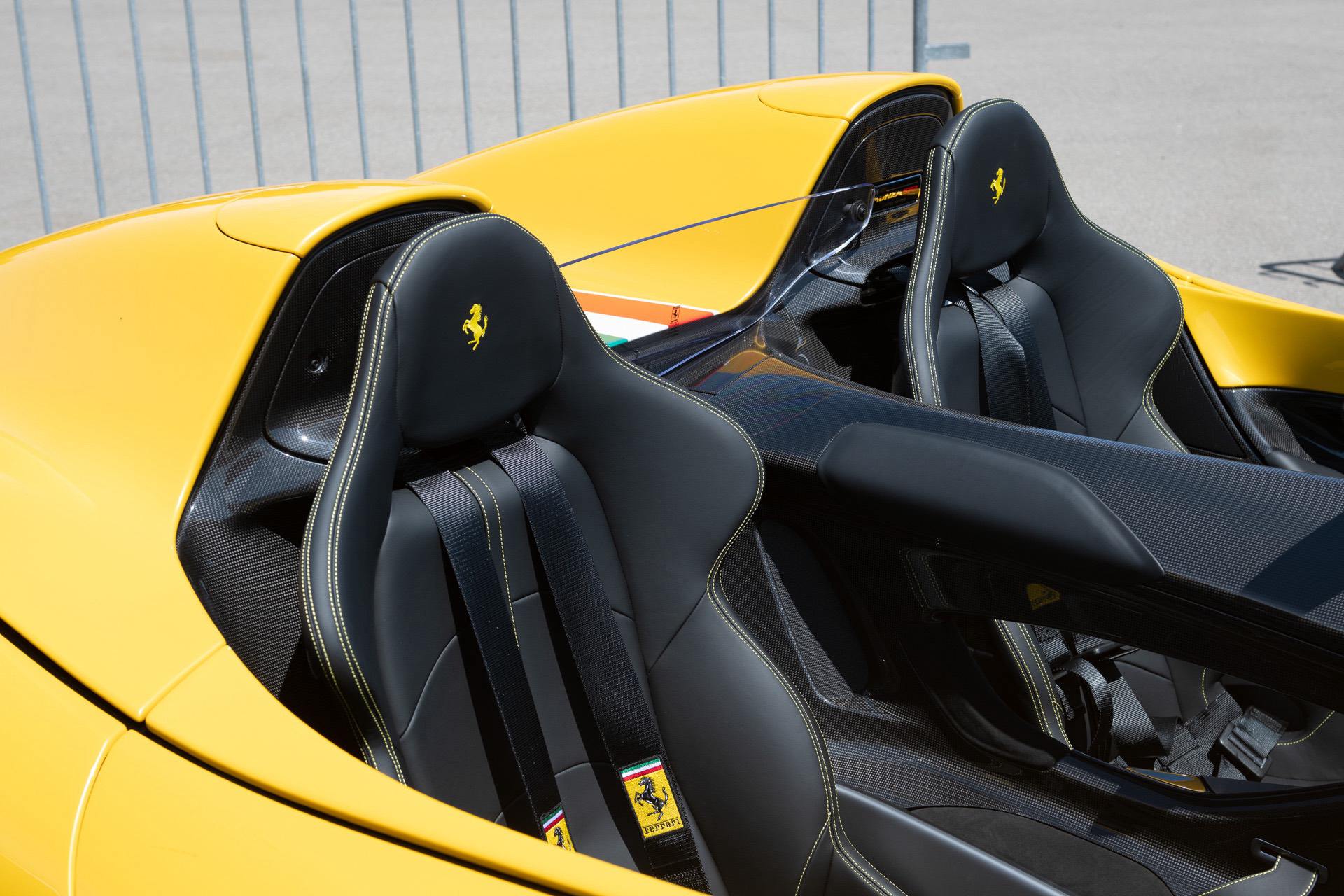 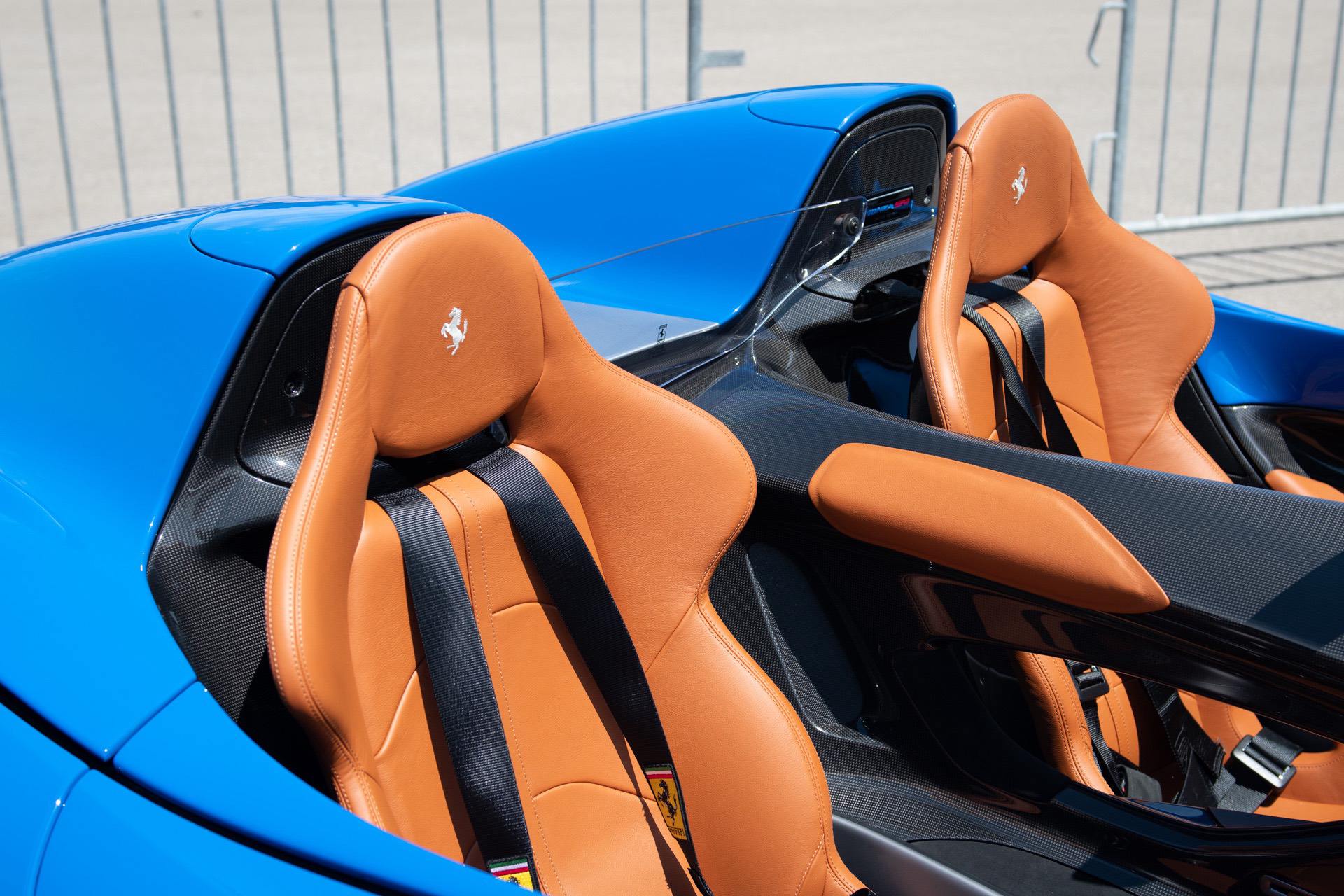 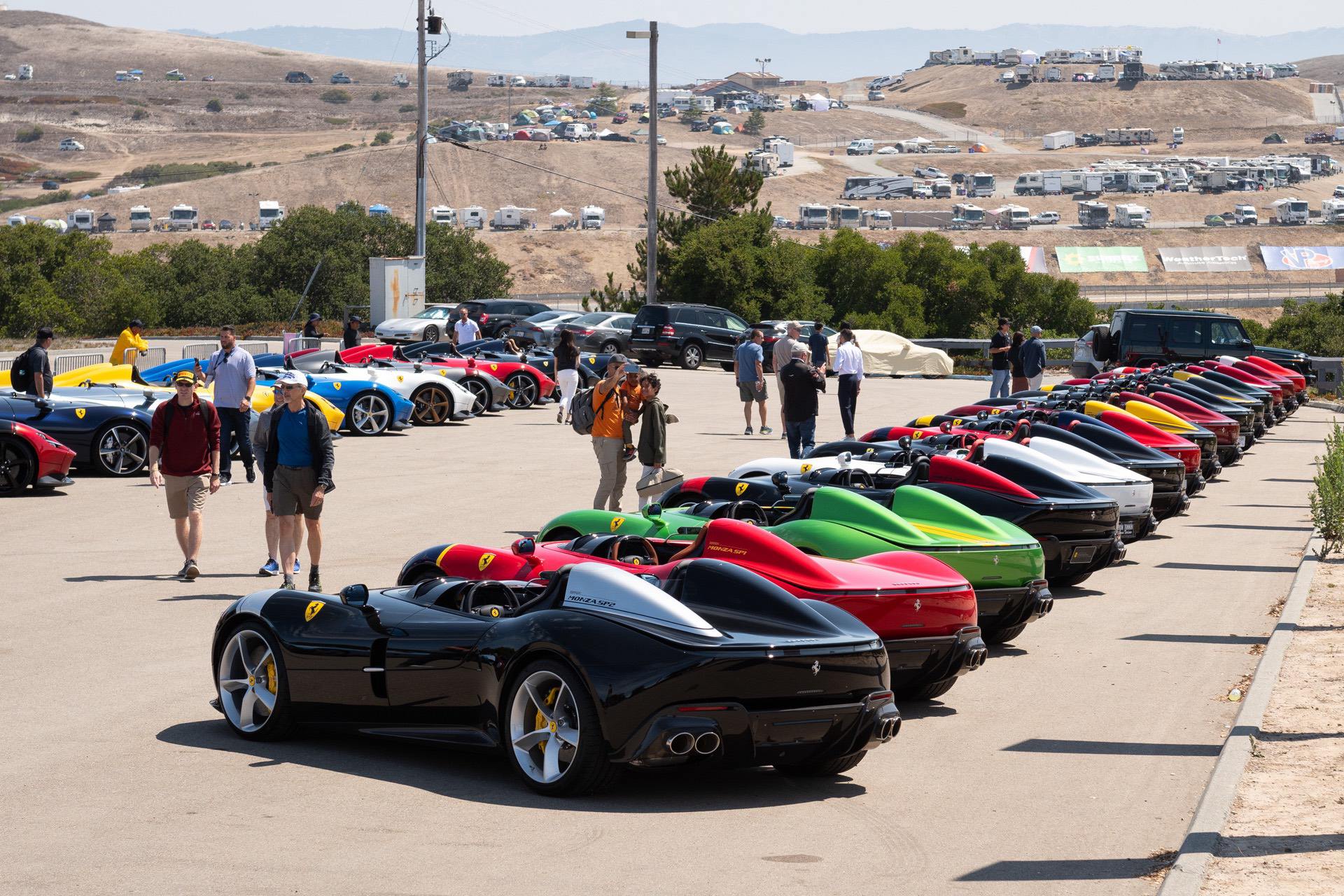 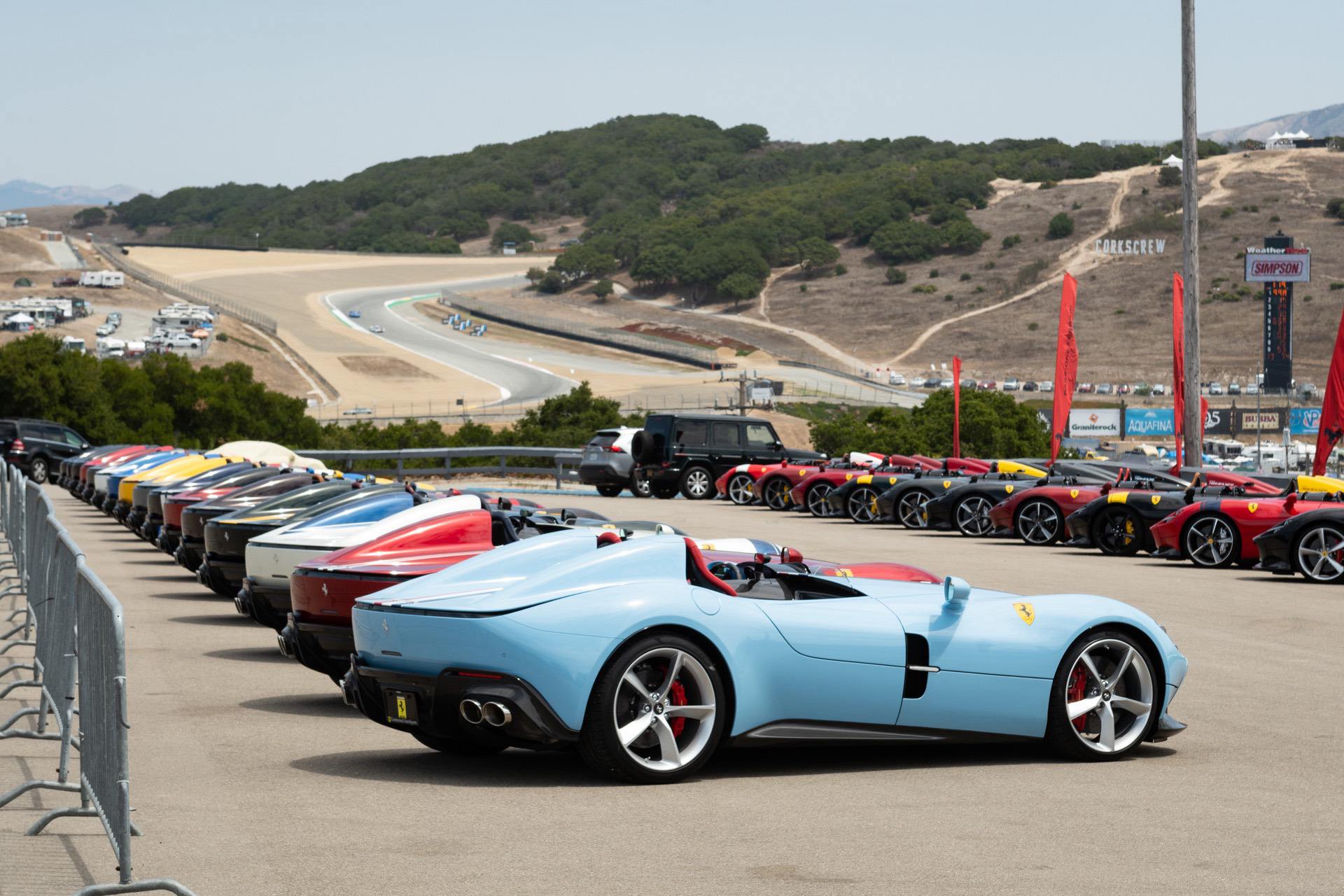 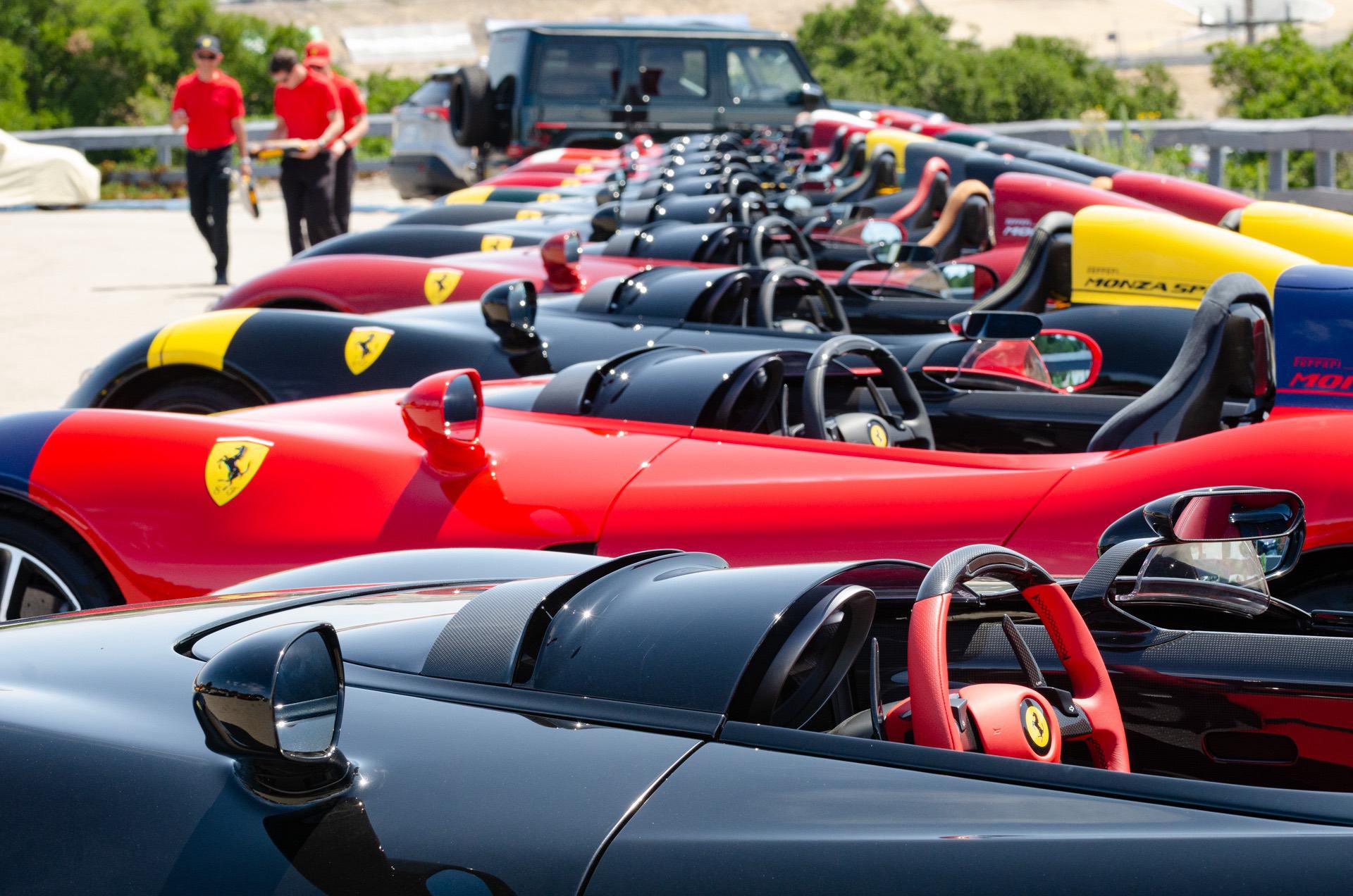 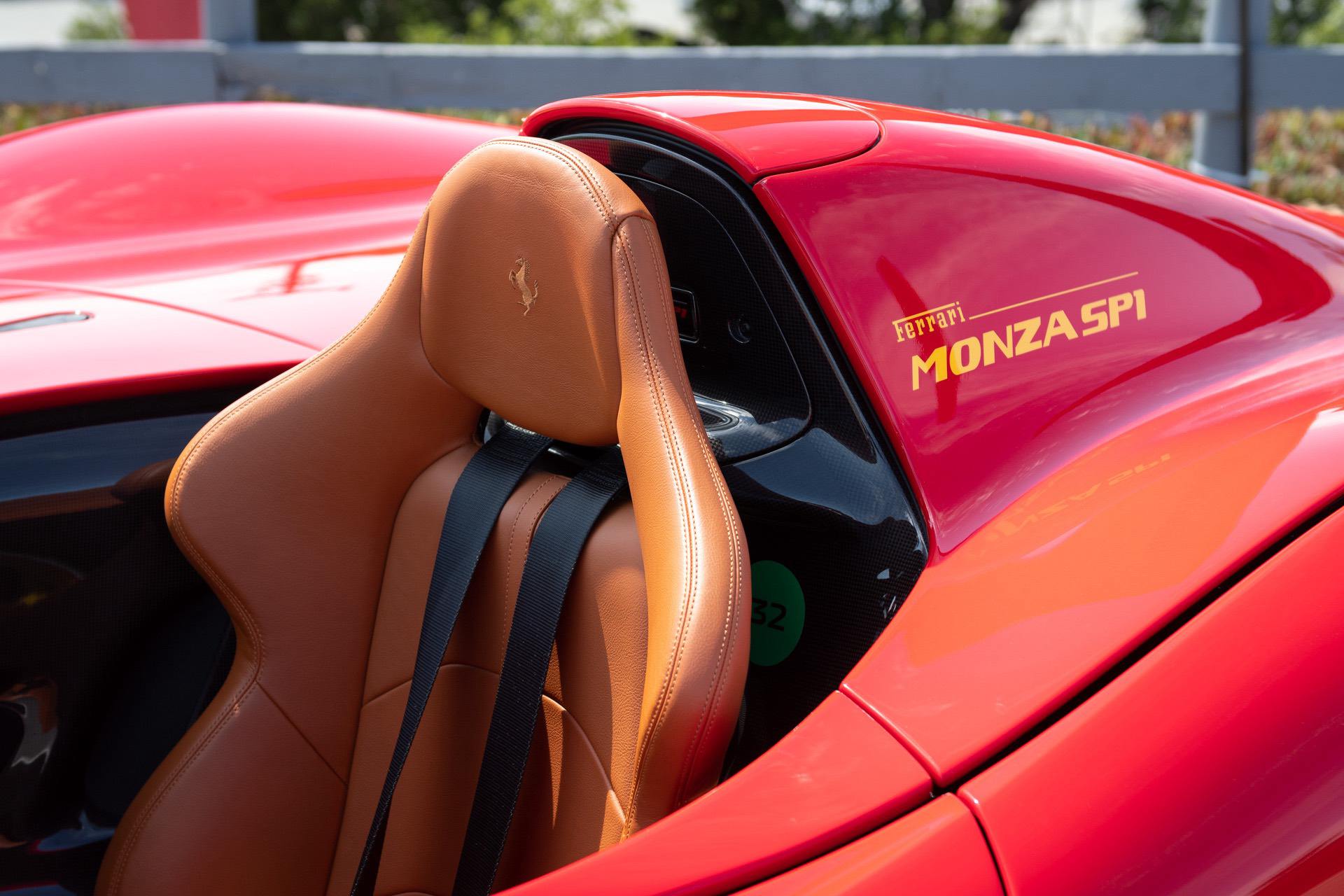