You’ve likely seen your fair share of acceleration tests involving the BMW i4 M50, but this is not a drag race. Instead, the “traffic light grand prix” measures the electric M car’s time from 0 to 30 mph. One would argue it’s more relevant in day-to-day driving than the typical 0-60 mph evaluation, especially in the city. Joining the Bavarian EV were a few Teslas and the mighty Porsche Taycan.

Without access to a drag strip, UK-based R Symons specialized in selling EVs conducted the quick runs next to its warehouse in Hampshire. After a few sprints – which involved four-wheel spins as the car was struggling for traction – the best time achieved by the BMW i4 M50 was 2.04 seconds.

Up next was a 2021 Model 3 Performance with a state of charge of 46% as opposed to the BMW’s SOC of 90%. It’s important to bring this up because the performance of an EV greatly depends on the battery’s level. With track mode on, it launched far better off the line than the i4 M50 and managed a 1.52-second time. 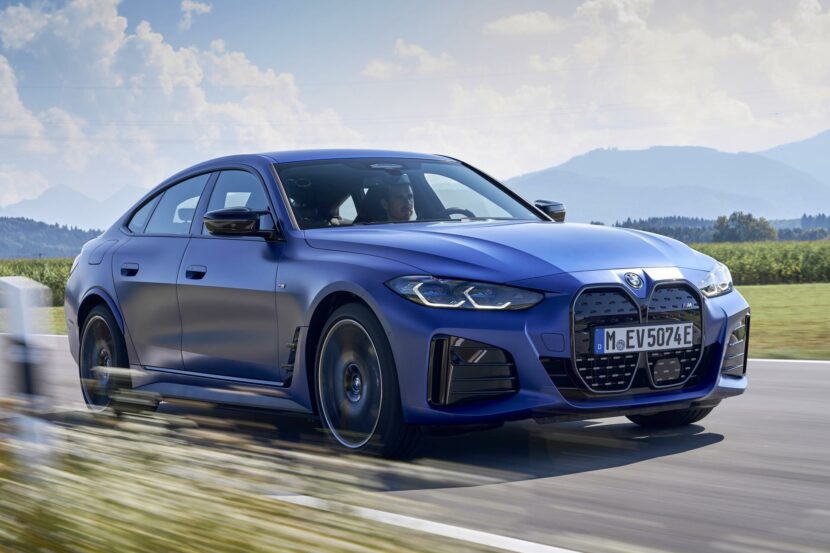 The BMW And Porsche Were No Match For The Teslas

Another Model 3 came to play, the latest version in the Long Range spec with a 90% SOC. In its best run, the Tesla was clocked in at 2.06 seconds. It was followed by a Model X Performance and the heavier SUV managed an impressive time of 1.62 seconds.

R Symons proceeded to test its very own showcar. It’s a 2020 Porsche Taycan 4S the company uses at events and on social media. Some will be surprised to see it still ended up slower than a Tesla Model 3 Performance. The time? Zuffenhausen’s all-wheel-drive electric sedan reached 30 mph from a standstill in 1.79 seconds. It makes it even slower than the Model X Performance while coming ahead of the BMW i4 M50.

Last but certainly not least was a Model S Performance, which was the quickest overall with a neck-twisting acceleration test completed in 1.39 seconds.