The BMW M4 GT3 made its official U.S. racing debut at the 2022 Daytona 24 Hours. While on site, we connected with Philipp Eng, BMW Motorsport Works Driver to tell us all about the car and its features. In this video, Eng goes over all the possible settings in the M4 GT3 and explains how a proper racing car works. We also talk about the steering wheel, racing strategy and much more.

The new racing car will replace the current M8 GTE and M6 GT3 across various racing championships around the world. The new racing car is built on the backbones of the BMW M4 Competition. The goal with the M4 GT3 was to significantly reduce life cycle costs and maintenance expenditure compared to its predecessor. There are also some noticeable differences compared to its predecessor, the BMW M6 GT3. The new M4 GT3 is 45 millimeters longer, 6 millimeters narrower and has a longer wheelbase by 16 millimeters. 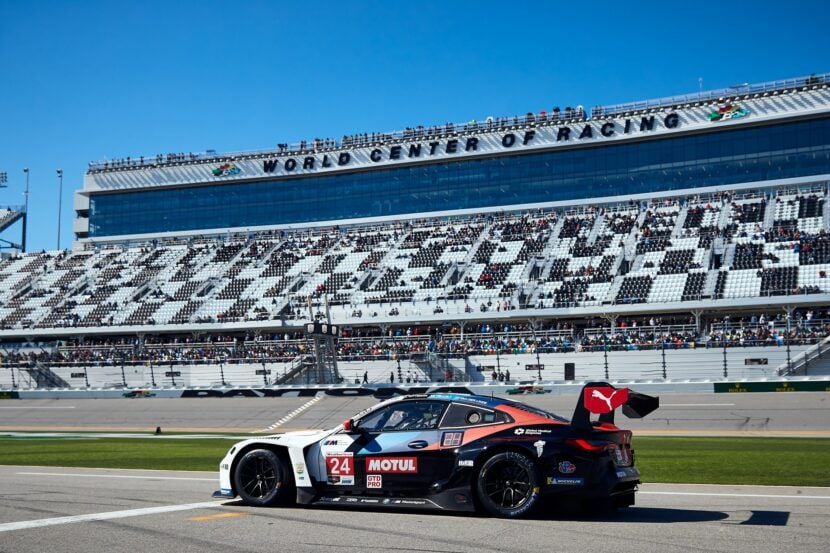 The car also comes with the Fanatec steering wheel which can be used in a racing simulator also. BMW says that absolutely no modifications are required for it to be used in the race car. The carbon steering wheel is a motorsport design, with illuminated buttons and magnetic, dual-action shift paddles also made of carbon. To learn more about the steering wheel, see our video with John Edwards, BMW Motorsport Driver.