A major consumer shift is taking place these days with a large segment of customers buying electric cars. And of course, Tesla is being heralded as the main rival for old-school companies. So it’s only fitted that a lot of traditional automakers are now being compared to the California-based electric car maker. The BMW i4 is the latest electric product to emerge from Munich and will take on the popular Tesla Model 3. In this comparison, Mat Watson of CarWow is taking the new BMW EV out for a spin and comparing it against the Model 3 Performance. 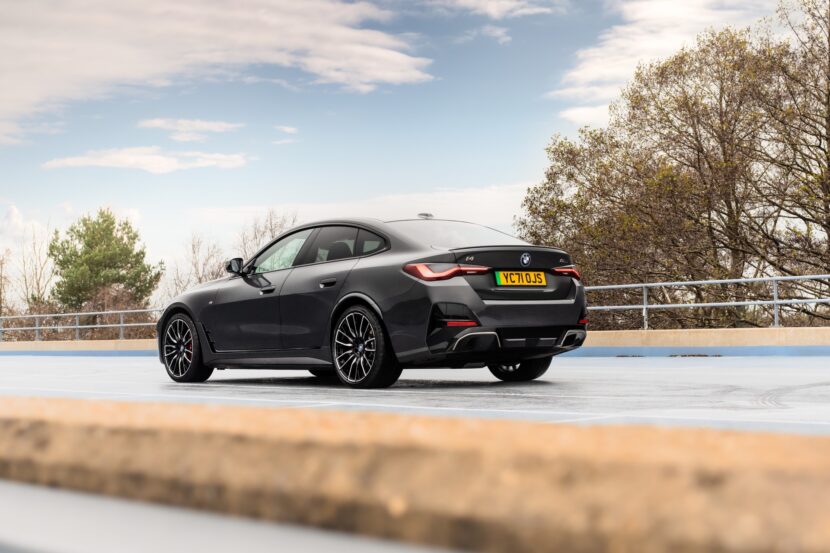 On the design front, things will always be subjective and a lot of people dread the new kidney grilles of some BMW models. At the same time, the Model 3 isn’t exactly a stunner either, having more of a functional design than an emotional one. Inside the cabin, the Tesla wins in the infotainment department, according to Mat, even though it doesn’t have Android Auto or Apple CarPlay connectivity. As expected, the fit and finish inside the Tesla isn’t on the same level as the BMW with the same edge going to the Bavarian car in terms of material quality.

There are numerous other differences too. With the two trading blows in all areas. When it comes to driving, the BMW i4 has the better suspension, that absorbs bumps better in Comfort mode but it does seem to push you outside the corners due to its weight. However, the i4 is quieter overall and more brutal in Sport mode when accelerating hard. Last but not least, there’s also a 0-60 mph comparison done by Mat at the end of the video and the result will surprise you, especially since we’ve already seen a video of the two drag racing.