A veritable Internet sensation among car enthusiasts, Arthur Tussik is widely popular for his skills (and patience) when it comes to body repairs. We’ve featured him on a couple of instances in recent months, after getting a Z4 M40i (G29) and an M6 (F13) back into shape. It’s now time for a car even newer than the roadster as the auto body mechanic spent long hours with a 4 Series Coupe (G22).

The model in question is a 430i xDrive a little over a year old at most, but it doesn’t take much to crash a car. It appears we’re dealing with a car built for the United States judging by the orange side markers of the front bumper. In addition, the smaller license plate holder is specific to cars built for the US market. The sports coupe has had a tumultuous life since it didn’t take too long before it ended up in this terrible state.

By the looks of it, the vehicle was T-boned considering all airbags on the right side deployed during the impact, including the one for the front passenger. The quarter panel has certainly seen better days and the door no longer sits flush with the body. As for the driver’s side, there is some minor damage on the quarter panel, specifically around the corner of the taillight. The front fascia is seemingly intact, which isn’t something we can say about the rear where the bumper is missing and the trunk lid is misaligned. 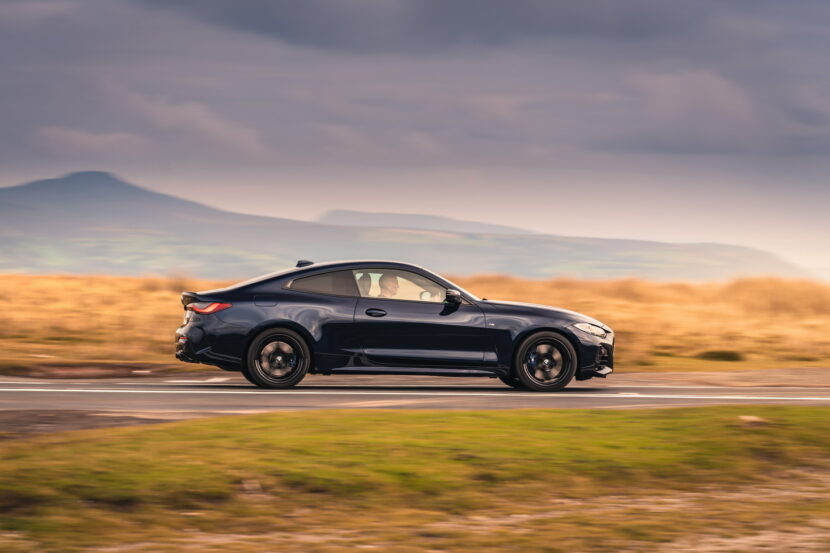 After a visual inspection, Arthur Tussik initially thought it would be a quick fix, but he ended up investing more than two days to restore the coupe’s body. As always, the first step was to dismantle the damaged areas of the 4er like a Lego set. By the way, the factory-fitted protective film on the side sills clearly indicates this is a virtually new car, while the immaculate leather upholstery also hints the car has very few miles.

The time-lapse video compresses 50 hours of work into 19 minutes and shows the entire process was a one-man affair. The body repairman certainly had his work cut out for him as this was no easy job looking at the severity of the damages. Arthur installed a new left taillight and a rear bumper, which will have to be painted.

We’ll admit we are a bit concerned about what will happen to the airbags. Hopefully, these will be replaced before the car will return on the road. Suffice it to say, we’d be extra careful if we were to stumble upon a US-spec, nearly new 430i xDrive listed for sale in Europe. As always with these massive repair jobs, structural rigidity would also worry us.