Born in Russia but working and living in Lithuania, Arthur Tussik is somewhat of a YouTube sensation by posting videos with him working on severely damaged vehicles. He has repaired his fair share of BMWs in the past, and the latest job involved putting back together a wrecked M6 Coupe from the F13 era, specifically the facelifted version introduced for 2015.

We can safely assume the car has been involved in a serious accident judging by the extent of the damages, especially if we are looking at the side profile. It’s never a good sign when a car rests on one side on nothing more than its brakes, not to mention the massive holes in the front fender. In addition, the rear quarter panel has seen better days and the fuel cap is missing in action.

The front end needed some work as well since the headlight on the passenger side had to be replaced as well and it looks as though even the rear bumper had some scratches on the same side. As a matter of fact, he received the car only partially assembled, with the passenger door and the suspension replaced, thus suggesting something had gone terribly wrong. 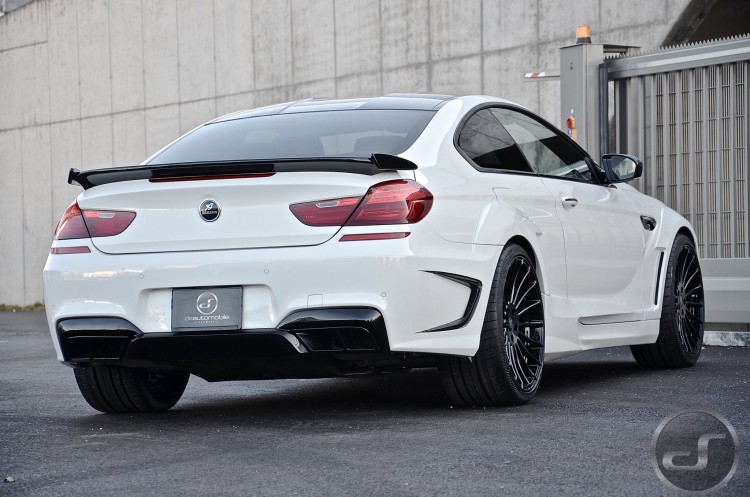 Despite being in a rather miserable condition, fixing the M6 Coupe was still a one-man job for Arthur Tussik. After yanking out the parts that were beyond repair as well as removing the salvageable ones that got in the way of fixing the car, the skilled technician then got to work using his trusted tools. A new quarter panel on the passenger side was necessary and installing it took the better part of the rebuild. The other one also received Arthur’s attention, but the dents were quicker to iron out.

He then moved on to the front to fix the crooked hood by meticulously using a good ol’ hammer. Putting a replacement adaptive LED headlight was a bit difficult because it didn’t initially fit, with measurements showing the front part had to be pulled a bit to the right. After replacing the front bumper and making the trunk lid close again, all that’s left to do is to paint the body panels.

Sadly, we don’t get to see the finished car, but even with the mismatched panels it looks impressively clean when you take into consideration its state when it arrived at Arthur Tussik’s shop.