It was only a couple of weeks ago when we talked about how Russian repairman Arthur Tussik brought back to life a damaged M6 F13 and now he has outdone himself with yet another BMW. It turned out to be a much bigger project than initially estimated after seeing the Z4 in its extremely poor condition. When the engine has to come off, in this case, an inline-six turbo 3.0-liter unit, you know the car has suffered a terrible accident.

The entire front end had to be pretty much dismantled, and the dented firewall was particularly worrisome. Nevertheless, the master technician put his skills to good use and managed to not only fix the engine shield, but also replace the rails. He couldn’t find the documentation regarding the engine bay’s exact size, but he figured it out eventually by using PDFs of the Toyota Supra A90 since the two sports cars are very much alike (to the despair of purists).

Doing all the work by himself using professional tools is impressive, and it must’ve been one of the most complex projects he has ever worked on given the extent of the damages. He basically had to rebuild the roadster’s front end from scratch, doing the necessary measurements along the way so that everything would fit perfectly. 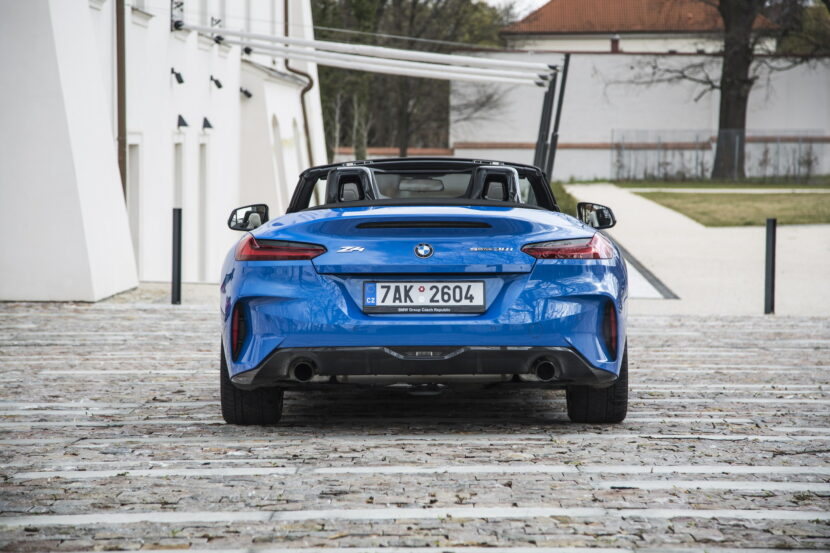 You can imagine putting the car back together was a time-consuming process, plus having to fix the quarter panel and the door as well. All in, the whole job took no fewer than 90 hours to complete, and dare we say this BMW Z4 M40i built for the US market judging by the side markers now looks as good as new.

However, we must admit we wouldn’t feel entirely comfortable driving the car or sitting on the passenger seat as we’d be concerned about how safe it would be in the event of (another) crash. Such a car would be declared a write-off in many countries because of its structural damages, but it looks like this sporty cabrio will roam the streets once again.