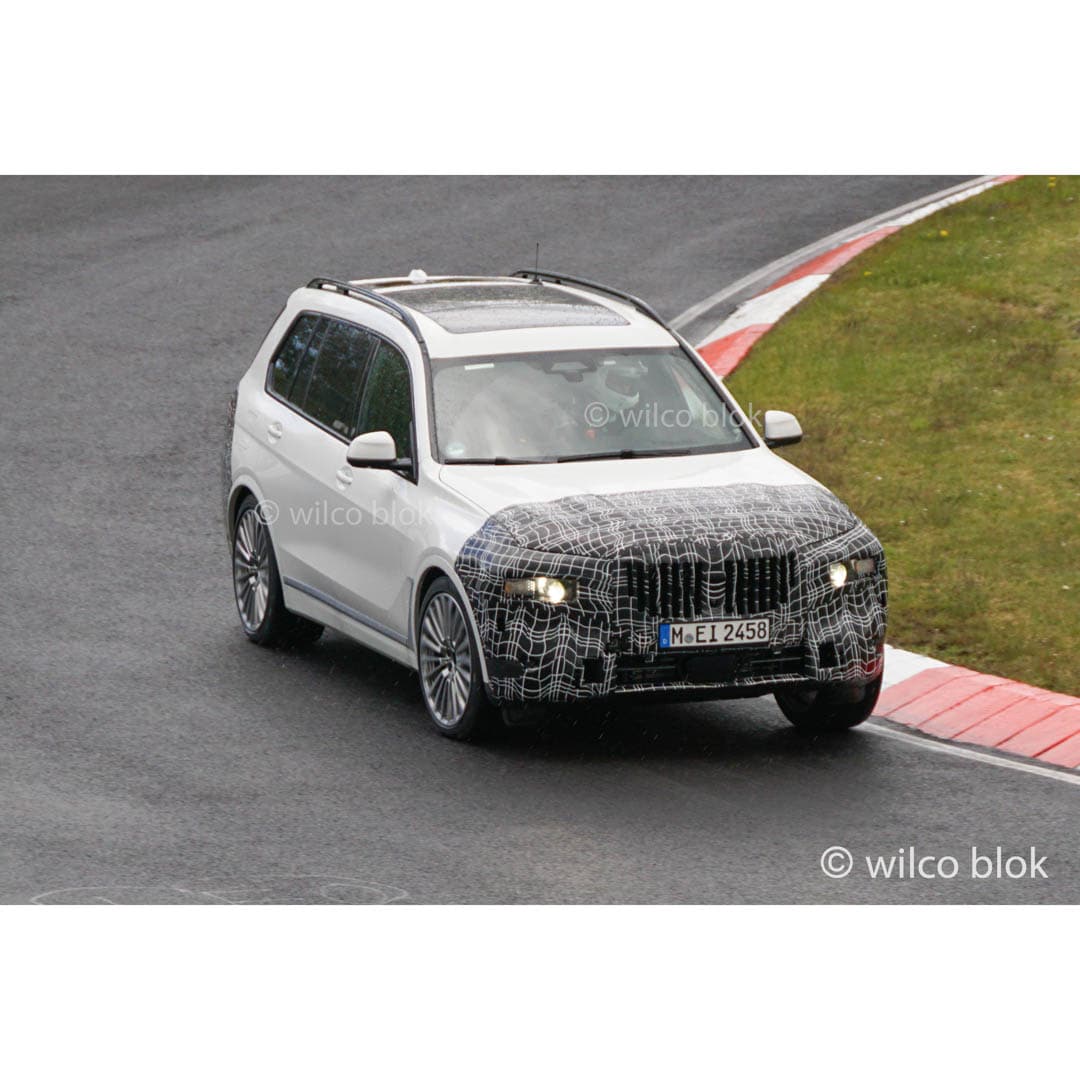 Few BMW M3 customers will ever take their car to the race track, so you can forget about any BMW X7 owners taking their massive, three-row luxury SUVs to the Nürburgring. That hasn’t stopped BMW from testing it there, though. In some new spy photos, we get to see the upcoming BMW X7 LCI facelift doing some testing at the ‘Ring, despite the fact that no other X7 will ever see a race track.

Predictably, there aren’t any real changes we can see in these photos. All of the upcoming changes to the X7 LCI; such as its new headlights, potentially new grille design, and likely slightly different headlights; are covered in camouflage. The rest of the X7, which isn’t covered in camo, is the same as the current, pre-LCI car. No surprise.

That’s not to say the BMW X7 LCI won’t have big changes over the current car. Just like the next-gen 7 Series, the facelifted X7 will get new split headlights, which are sure to drum up some controversy. Those headlights will be similar to the ones on the upcoming 7 Series and will shared across all uber-premium BMWs, including the new BMW XM.

Due to the headlight change, the X7’s kidney grilles are likely to change as well. Don’t expect a massive change, as BMW is sticking with monster grilles on its high-end luxury cars, but they should look a bit more cohesive, especially considering they’ll likely be designed in conjunction with the new lights.

We’re interested to see what becomes of this facelifted BMW X7. Despite being the antithesis of everything BMW stands for, the X7 is a surprisingly good car. It handles far better than an SUV of its size has the right to, it rides beautifully, it has loads of passenger and cargo space, it has potentially the best third row in the business as-standard, and is actually a far better value than BMW’s flagship luxury car, the 7 Series. It’s no surprise, then, that the X7 sells incredibly well for BMW. We’re wondering if this new — and potentially highly controversial — look will improve or reduce sales figure.