When the first BMW M240i was unveiled, we weren’t necessarily surprised by the fact that it was really fast. After all, it was coming in hot on the heels of another very good proposal from BMW, the M235i. Back then, the M235i badge was used on cars that actually had a 3-liter straight six under the hood, namely the N55 engine. Nowadays things are a bit different, with the B48 engine doing the same job but with only four cylinders.

Therefore, when the M240i rolled by nobody was surprised to see it best its rivals in drag races and all sorts of other competitions. In standard guise, the M240i used to make up to 340 HP and 500 Nm of torque, numbers good enough for 90 percent of the people on the roads these days. That’s especially true if you keep the car’s weight in mind along with the fact that it was available in rear-wheel drive guise. 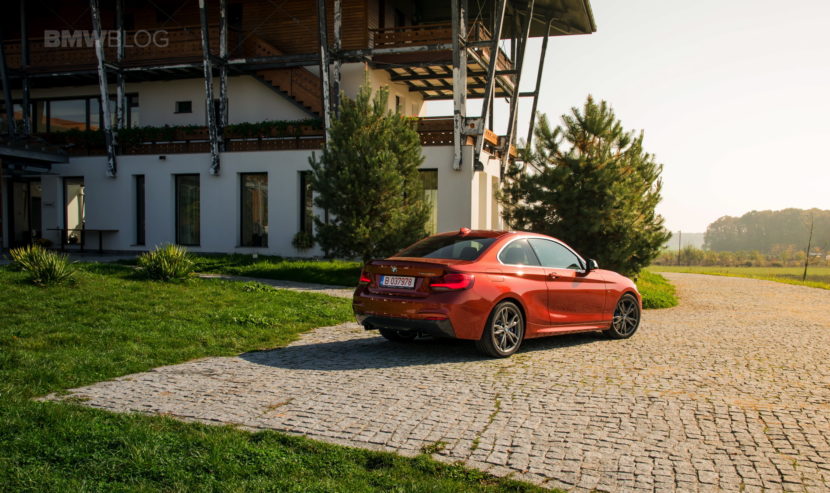 The one in the video below though, is a bit different. It started life as a normal M240i but then the people from Mosselman got involved and upgraded it. They tinkered with everything under the hood and squeezed 463 HP and 650 Nm of torque out of the engine. Mind you, this car has the B58 engine, which is widely known as a very capable one when it comes to tuning. Therefore, adding 123 HP and 150 Nm of torque to the grand total should be fine.

We’re not being told what exactly changed on the technical side of things though. Whether all that extra power came from a software upgrade or whether hardware changes were needed too, remains to be seen. What we’re hoping for is that the cooling system was upgraded too, to make sure it keeps everything in check. As for the speed, going from 100 to 200 km/h (62-124 mph) took just 8.83 seconds on the first run, on par with the BMW X6 M Competition and faster than a BMW M550i xDrive.