After hiring talented actor Christoph Waltz to help with the unveiling of the iX electric SUV in 2020, BMW got in touch with the two-time Academy Award winner once again to shoot this year’s Christmas Film. It came out yesterday and also co-stared CEO Oliver Zipse, BMW i head of design Kai Langer, and fashion designer Alexa Chung. In addition, famous YouTuber Alexandra Mary Hirschi from the Supercar Blondie channel also appears in the 144-second film.

Not only is she featured in The BMW Christmas Film, but the 36-year-old YouTuber born in Australia has released her own video that goes behind the scenes of the shooting that took place in Munich at the company’s headquarters. Her role in the video was to reveal a new car, only to be interrupted by Christoph Waltz who was trying to get out of the building shaped like a four-cylinder engine.

As it’s the case with the actual short movie, we don’t get to see the vehicle hiding under the cover, so there might be something BMW is hiding from us. Of course, we might be reading too much into this since the shape makes us think of a 4 Series Coupe and it might be that Sao Paulo Yellow M4 we see at the 4:07 mark without a license plate. 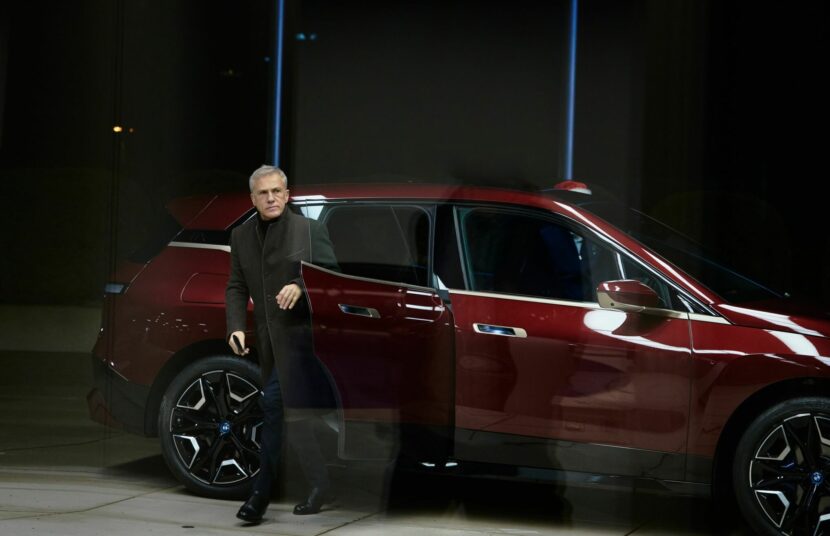 The BMW Christmas Film was shot on November 23 and features some old and new models, varying from a superb 3.0 CS and a 507 Roadster to an Aventurine Red iX. In the video, CEO Oliver Zipse asks one of the employees to drive Christoph Waltz back home in the electric SUV. The iX gets the most camera time of all the other models, and we can’t help but wonder which vehicle will be used next year should BMW decide to release another clip.

There are a lot of new models coming out in 2022 that could fulfill this role, including the M2 Coupe, M3 Touring, or the M4 CSL. A new report states the M division will celebrate its 50th anniversary by revealing a mysterious new model, so that too would qualify to take the iX’s job.