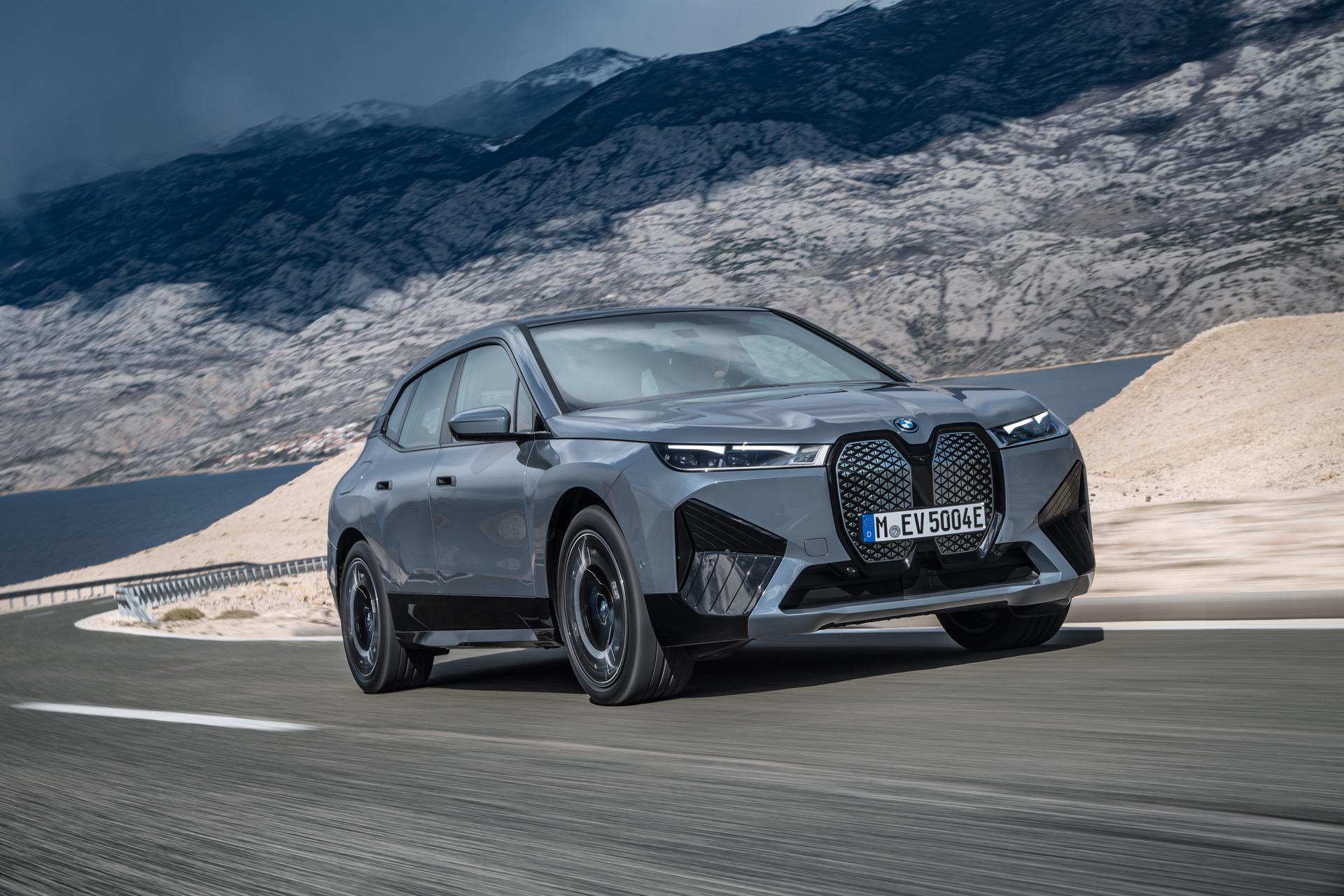 BMW’s top model – the iX M60 – will soon gets its world debut. According to EVGLOBE, the high-performance electric SUV will be introduced in January at the 2022 Consumers Electronics Show. The Las Vegas-based event will debut on January 3rd so we expect to see the new iX M60 on the very same day. We’ve actually spent some time with the iX M60 a few months ago in Germany, but all the information and photos are still under embargo.

The BMW iX M60 is tuned by the M Performance Automobile Division so it’s expected to have a more aggressive bodystyle, along with some ride improvements. The power output is also the highest of the range, for a rumored 600+ horsepower. This will be BMW M’s second-tuned electric car, after the upcoming BMW i4 M50. No word yet on the electric range, but we expect it to be similar to the one in the iX xDrive50 model – around 300 miles on EPA rating.

In terms of charging, all BMW iX models will have 200 kW charging speed on compatible DC fast chargers. At that speed, the BMW iX can go from 10-80 percent battery in just 40 minutes. There’s also a quick ten-minute fast charge, that can quickly 120 km (75 miles) of charge to the BMW iX xDrive50 or 90 km (56 miles) to the iX xDrive40.

Even though pricing details have not been disclosed, we do know the iX xDrive50 starts at $83,200 before options and without taking into account the federal tax credit of up to $7,500. The BMW iX M60 will certainly command a premium, and equipped with a few optional features, you could easily end up spending six figures for BMW’s range-topping electric SUV. Alternatively, that kind of money should get you behind the wheel of the XM plug-in hybrid SUV arriving late 2022.

Aside from presenting the iX M60, BMW will demonstrate at CES a promising color-changing technology by simply pressing a button to modify a vehicle’s exterior shade. In addition, the Bavarians will also showcase what they refer to as “a cutting-edge in-car movie theater experience,” although we will have to wait until next month to discover what it’s all about.