The European New Car Assessment Programme has published a new round of results from its latest crash test session, and the numbers are looking particularly great for the BMW iX. So much so that the electric SUV has grabbed all five stars awarded by Euro NCAP. It is worth mentioning the evaluations have gradually become more severe, meaning a five-star rating today is considerably more valuable than it was say 20 years ago.

The BMW iX tested by Euro NCAP was a black left-hand-drive xDrive40 model that had to be crashed for a good cause to determine how safe it would be in the event of an accident. At the end of the day, it went home with a five-star rating in all test categories. It earned an impressive 91% in adult occupant protection, 87% for child occupant, 73% for vulnerable road users, and 81% for safety assist tech.

Weighing in at a hefty 2,573 kilograms (5,672 pounds), the iX is categorized by Euro NCAP as belonging to the Large Off-Road class. It managed to obtain all five stars not only thanks to its long list of safety features but also due to the aluminum spaceframe and carbon cage for the passenger compartment. 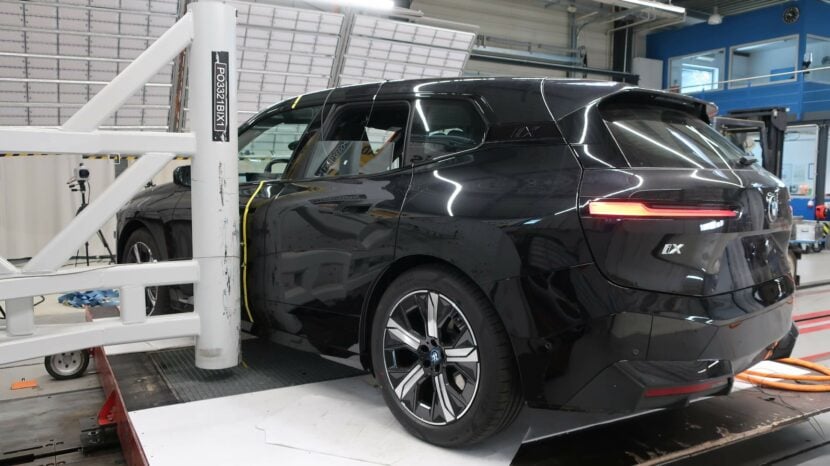 This xDrive40 entry-level version is currently not available in the United States but it could arrive in North America as early as March 2022. Meanwhile, it’s worth pointing out another reason why it performed so well in the assessment has to do with its airbag mounted between the driver and front passenger seats, providing extra protection in case of a side impact. In the back, the zero-emissions SUV obtained the highest score possible for child safety as far as frontal and side collisions are concerned.

The sturdiness of the iX also stems from the implementation of carbon fiber reinforced polymer (CFRP) in the side and rear sections as well as the roof. As for the standard safety tech, BMW equips its large electric SUV with systems such as lane departure warning, attention assistant, and speed limit recognition. At an additional cost, buyers can opt for the Driving Assistant Professional package encompassing steering and lane guidance assistance.

As a final note, the BMW iX lineup is expected to grow next year with the addition of a more powerful M60 version to be positioned at the top of the range. 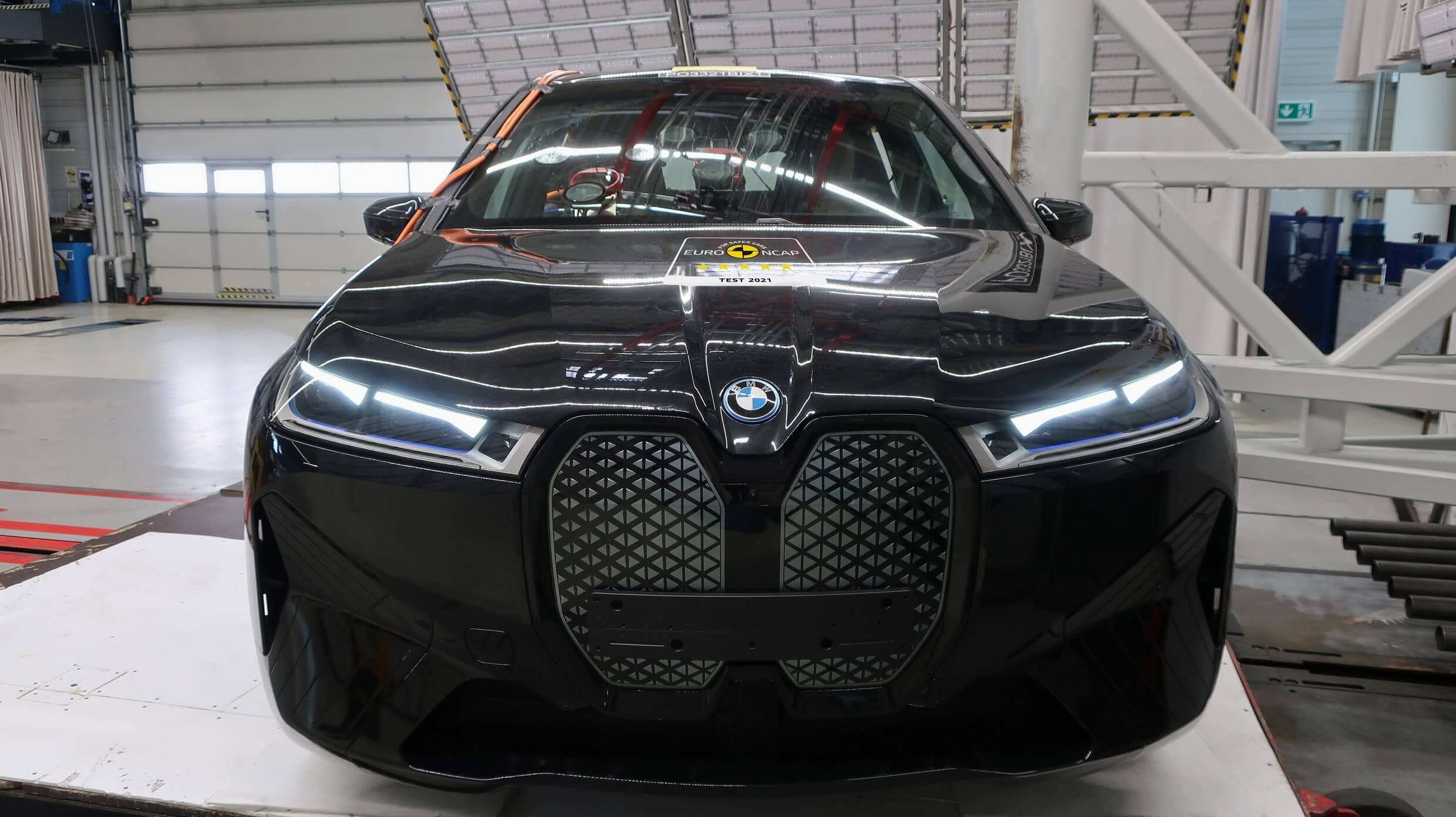 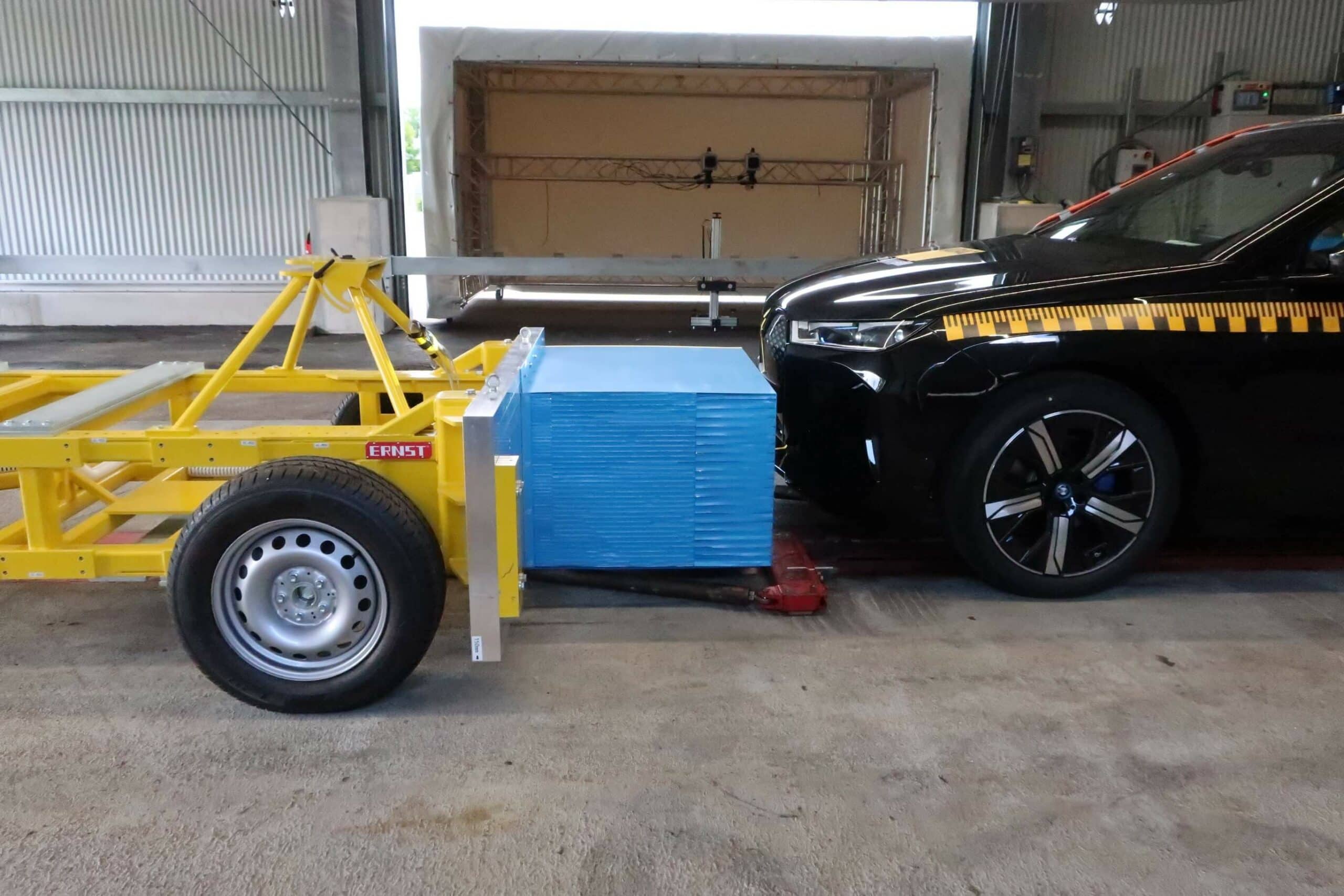 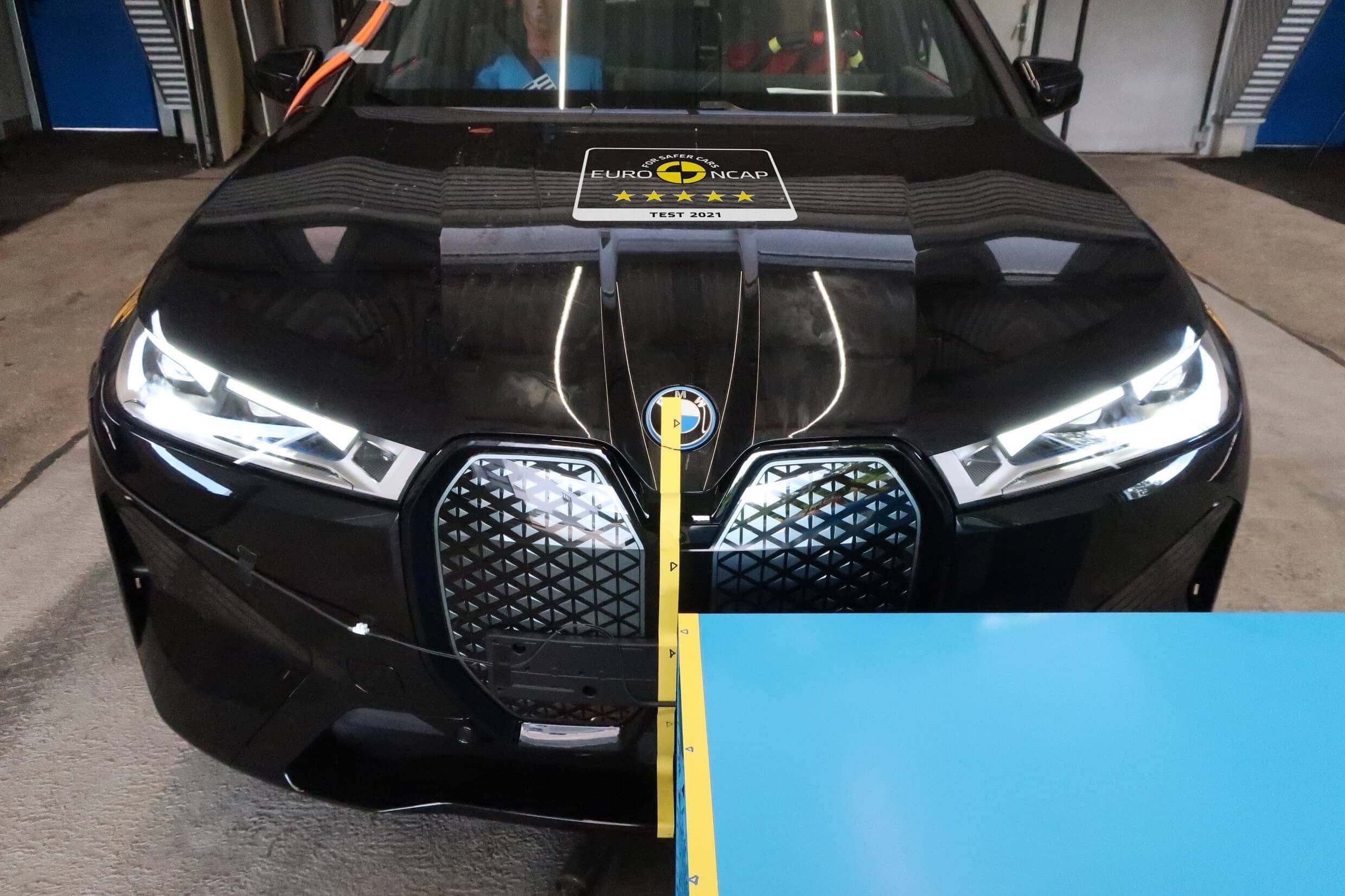 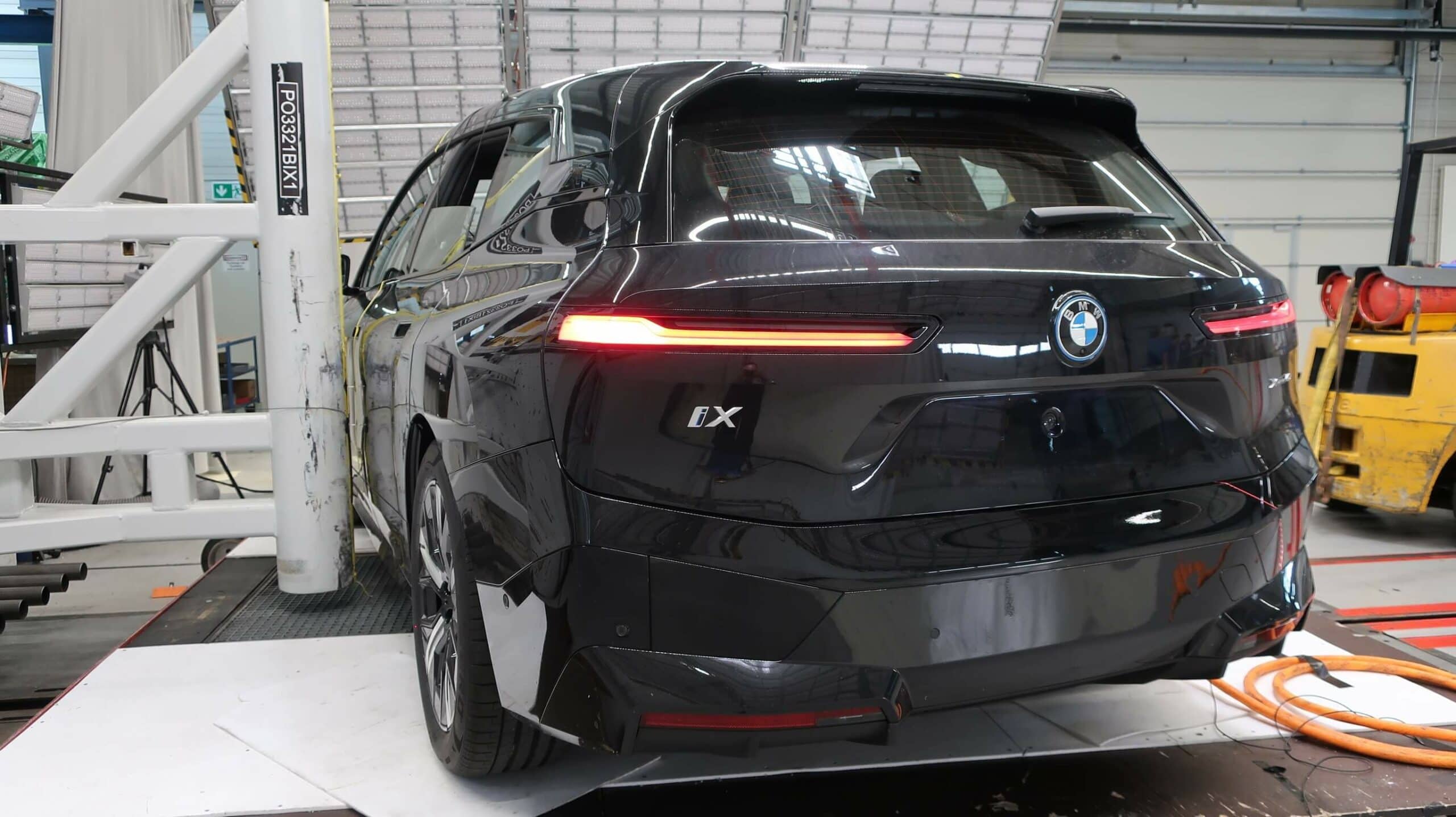 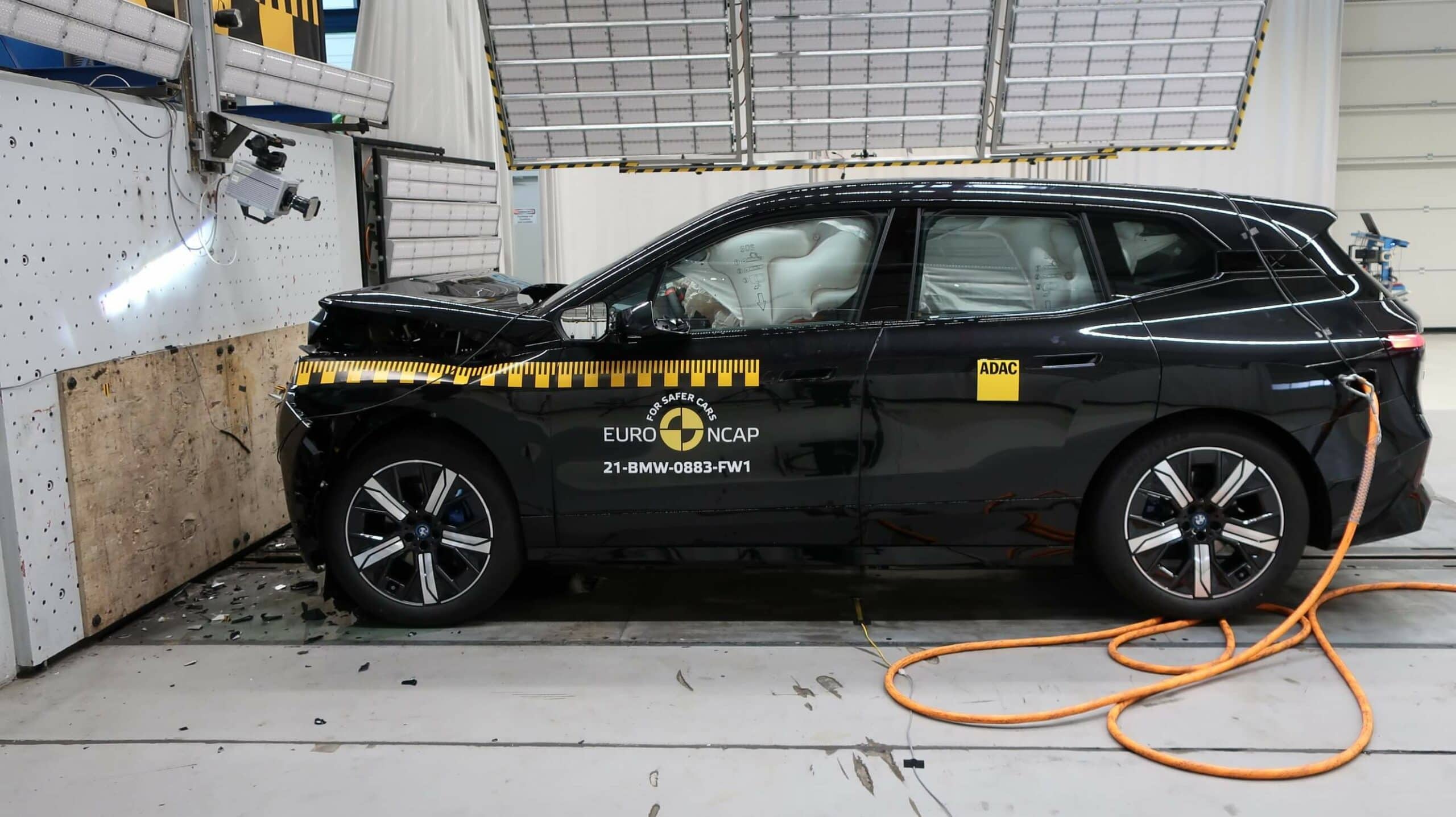 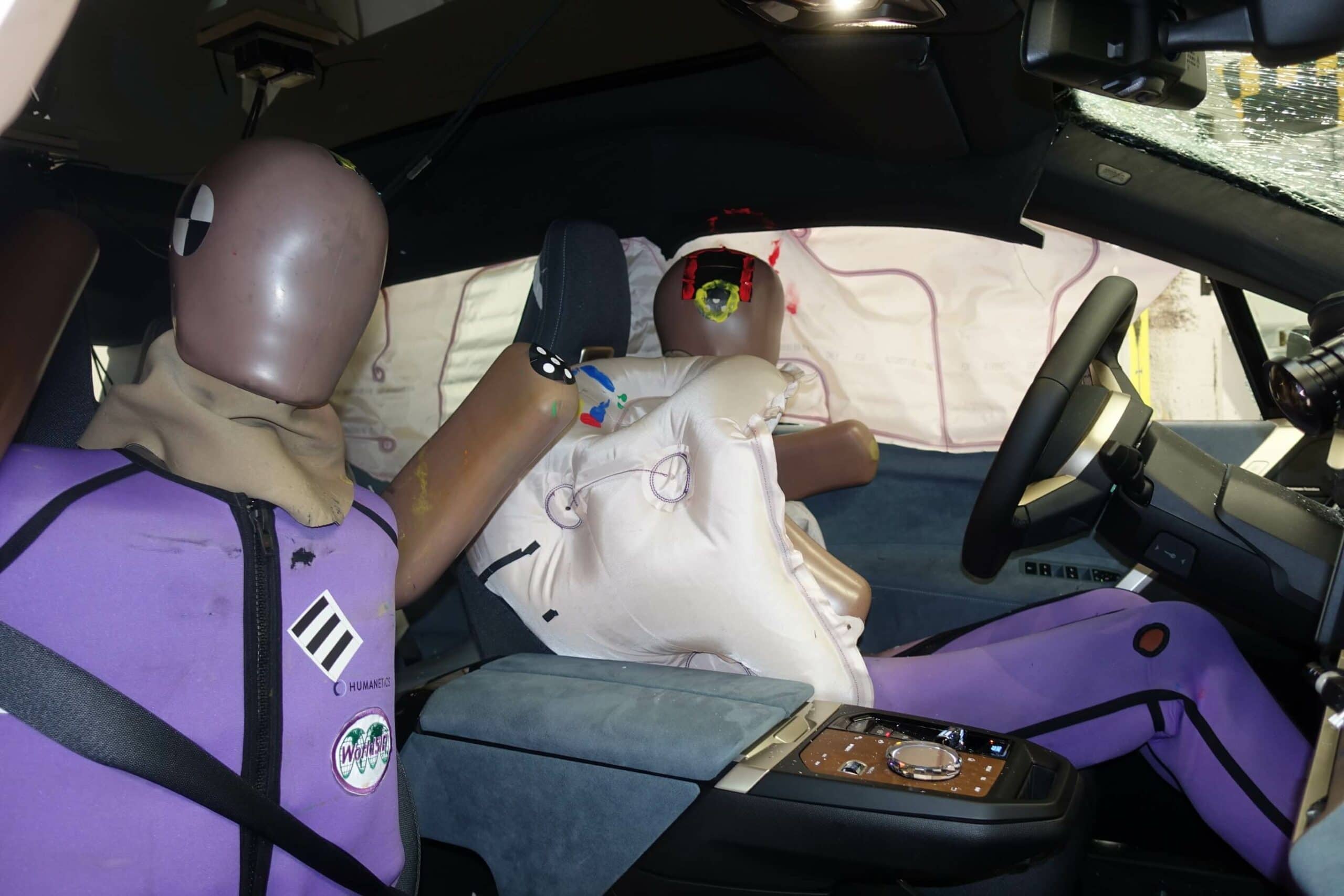