VIDEO: Check Out the BMW XM in Our Exclusive Video

Home » Videos » VIDEO: Check Out the BMW XM in Our Exclusive Video

As BMW enthusiasts, we’ve been waiting for the BMW XM for a couple of years now. I still remember asking then-BMW CEO Markus Flasch about a standalone M car back in the beginning of 2020 and him telling me it was in the works but wouldn’t say what it would be. Back then, I thought it was going to be some sort of lightweight Porsche Cayman competitor. How wrong I was.

Now that it’s finally here, the BMW XM is one of the more fascinating cars in the history of the brand. Not only is it the first truly standalone BMW M car since the M1 (actually more so than the M1, as the XM was designed and will be build in-house, unlike the M1) but it’s also a plug-in hybrid. That last bit is a big deal because it ushers in a new era for BMW M, one in which electrification occupies its most powerful and expensive spot.

Pushing the envelope even further, the BMW XM is also the most flamboyant, overly aggressive, oversized product in all of the Bavarian lineup. By comparison, the previously criticized BMW M4 looks as dainty and delicate as a ’60s BMW 2002. While the XM isn’t truly the first M-only car, it’s actually the first M Division-designed car, as the original M1’s design came from Giugiaro. With this new design, BMW M wanted to be different and it succeeded. 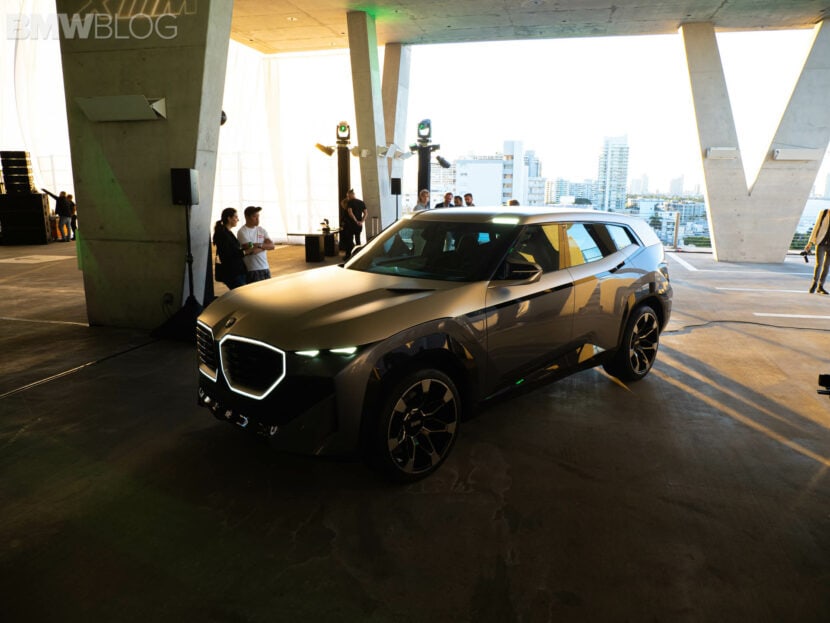 Under the hood lies an all-new V8 engine, most likely the new S68 engine, which will replace the current S63. That engine will pair up with an electric motor to make 750 horsepower and 738 lb-ft of torque (1,000 Nm). Which means it’s not only the first plug-in hybrid M car but the most powerful production BMW in history. In addition to packing earth-moving power, it will also get around 30 miles of all-electric range (an EPA estimate).

In these new videos below, you get to see about as much of the BMW XM as you can handle. So check ’em out and learn about what is quite possibly the most fascinating BMW since the i3.