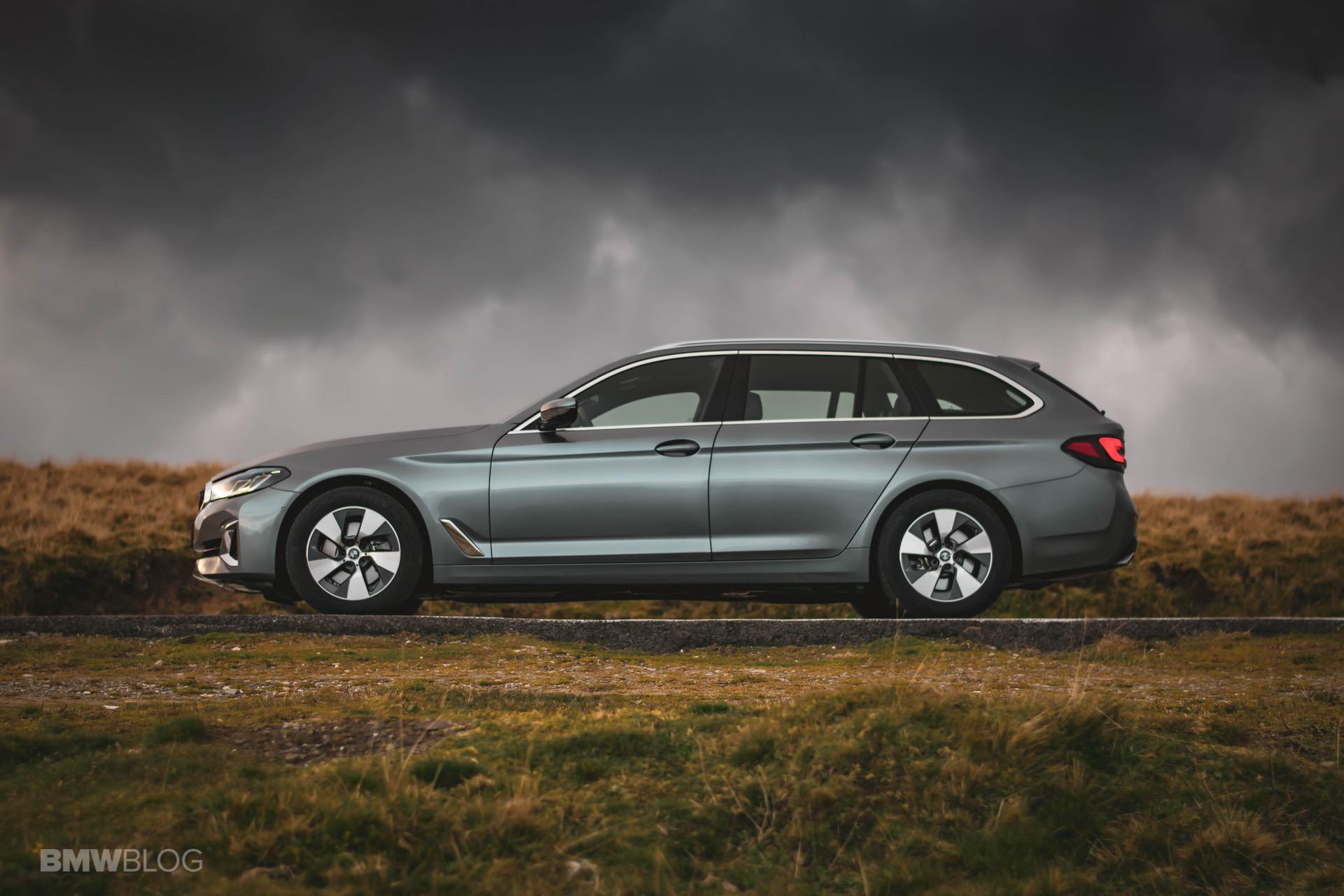 The next generation of the BMW 5 Series will arrive in 2023 and will heavily rely on electrified drivetrains. While BMW is not yet ready to give up their internal combustion engines in the business sedan, the transition to electric 5 Series models will be quite evident. For starters, we expect at least two BMW i5 Sedan variants, similar to what we see in the i4 gran coupe. But the biggest surprise might come from the first ever BMW electric touring.

According to sources, the Bavarians are genuinely interested in bringing to market a BMW i5 Touring. The G61 5 Series Touring lineup won’t be out until 2024 and just like the sedan, it will be heavily electrified. We expect a couple of plug-in hybrid models using a combination of four and six-cylinder power plants and one or two electric motors. Of course, the all-electric i5 Touring would mimic the drivetrain choices of the electric sedan. We don’t have any specific model names or specs, but we would bet on at least one all-wheel drive i5 Touring.

The rumors around a BMW electric sports wagon are hardly a surprise, considering that the touring models are some of BMW’s most popular cars in Europe. It’s also another proof that BMW is fully committed to electrifying most of its lineup by the end of the decade. If the BMW i5 Touring becomes reality, we expect an M Performance version of it, like the i4 M50, with two electric motors, at least 500 horsepower and a range above the 300 miles quoted in the i4.

Design wise, instead of the bold design of recent BMW models, the G60 BMW 5 Series will feature a “normal” grille up front (albeit a bit bigger than the one we have on the current generation) and slim headlights to the sides. We also expect large air openings up front, along with heavily sculpted shapes. The rear end is also rumored to be sleek with slim taillights and an aero diffuser. BMW also seemingly wants to move the 5 Series’ interior a bit more upmarket, offering a more luxurious cabin, featuring more glass and metal trim. Apparently, BMW also wants to improve on its Iconic Glow grille lighting. Potentially the most interesting bit about the new 5 Series is its potential for Level 3 autonomy.

We expect to see the new G60 BMW 5 Series in late 2022 so that will give us an idea of the design of the touring model as well.