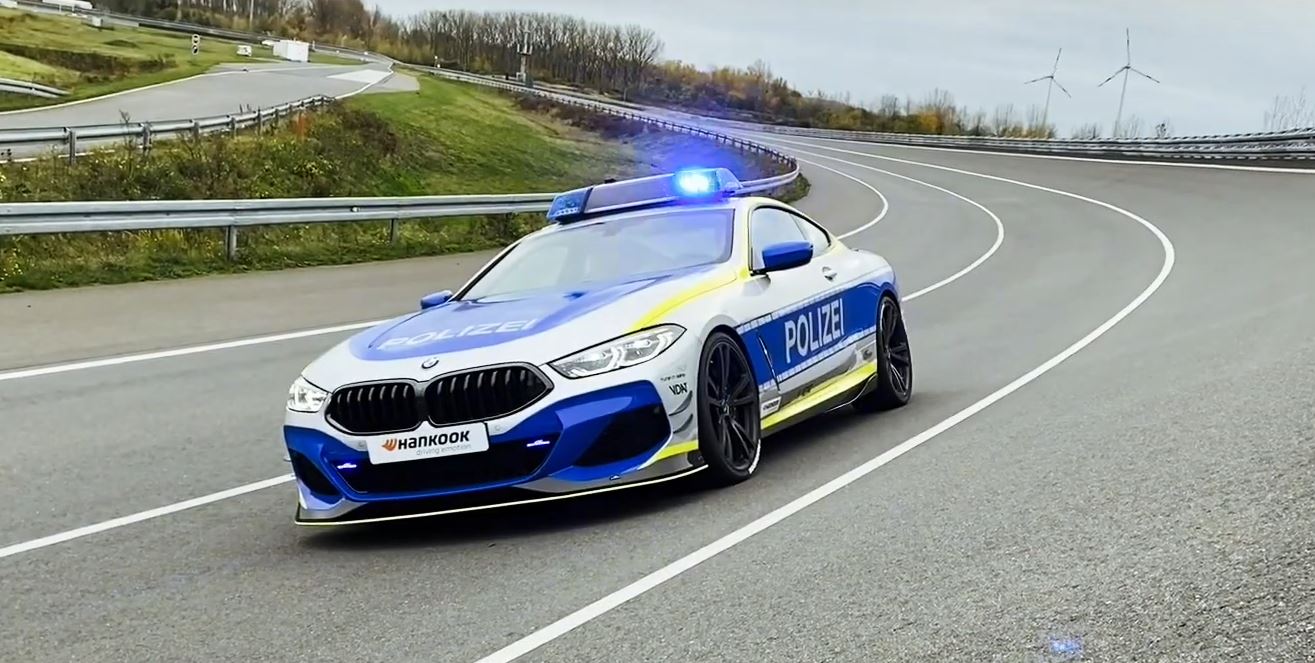 Back in late 2020, AC Schnitzer took the veils off the world’s first BMW M850i Police Car. Done under their ‘Tune it! Safe’ motto, the car was truly something to behold, but we haven’t seen a lot of it after that. It featured all the correct details on it, from the colors used by the Bavarian police, to the lightbar and the likes. Of course, the M850i wasn’t stock under the hood either but that’s something we expected.

This was more of an experiment, than something people could just buy. It was done to show just how awesome such a car would turn out. Nobody really expected the Bavarian police to start buying cars worth 100,000 euros for such uses. However, seeing it in motion is not something you stumble upon every day. For the most part, the M850i Police Car is kept in storage, somewhere at the AC Schnitzer headquarters. Today though, we’re lucky enough to see it sprint away. 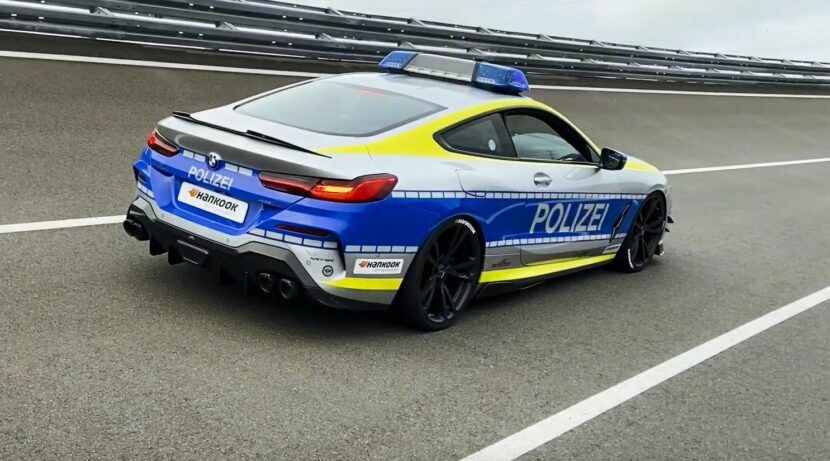 That’s because the M850i Police Car was used as a sort of Safety Car at an even held on the Spa Francorchamps track. It was an AC Schnitzer event and the M850i was given the task of guiding the cars on the track before racing. Just look at it go… And yes, AC Schnitzer could’ve been a bit more generous with the screen time for it.

As for the specs, the ‘law enforcement’ BMW benefited from a number of upgrades. The engine was tuned, to deliver 620 horsepower and 840 Nm (620 lb-ft) of torque, from the standard 560 horsepower and 750 Nm (553 lb-ft) the car had. These numbers would even give the M8 Competition a run for its money. On top of that, this police car also got a new exhaust system and tailpipes (for this particular combo they went with the Carbon Sport finish), a lowered suspension setup (which drops the ride height both up front and in the back for up to 30 mm) and a host of aerodynamic add-ons as well.

The entire catalogue was added, to be precise, from the AC Schnitzer Carbon front spoiler to the splitters, Carbon Front Side Wings, carbon rear diffuser and spoiler on top of the boot lid. To complete the project, lighting specialists Hella were brought in, adding flash lights and a loudspeaker. Last but not least, the wheels have been changed out with a set of AC3 flowformed Anthracite wheels measuring 9×21″ up front and 10×21″ round the back.