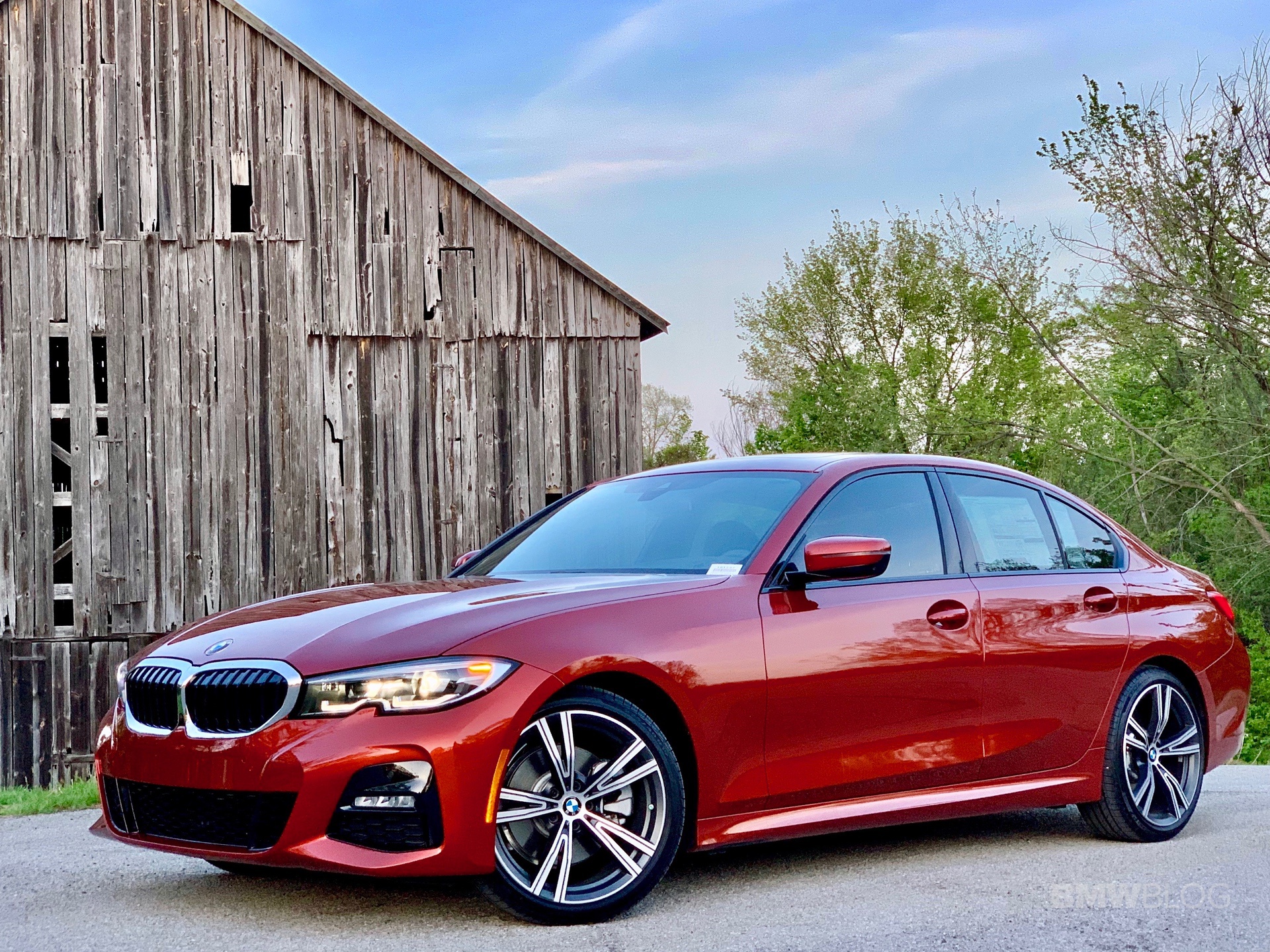 The guys from Dinan just unveiled a new software upgrade for B46 engines that’s supposed to give them some serious boost compared to the stock version, without breaking your car. The B46 engine is the one used on the popular BMW 330i in the US as well as other models too, like the 530i, X3 xDrive30i, X4 xDrive30i or the Z4 sDrive30i. It’s basically a B48 but adapted to the fuel quality used in the US and it is only sold on North American ground right now, whereas the B48 is used in the rest of the world.

Dinan is probably one of the most reputable and reliable tuners for BMW models out there. Understandably so, considering the company has been doing this for literally decades, even if Steve Dinan isn’t in charge anymore, and has been the only one that used to offer upgrades on BMWs without voiding the warranty. Their proposal for the 330i is not necessarily a new one in terms of approach. They will still inspect your car, read its ECU map and all the values it is running at and only then change it out with their own software. 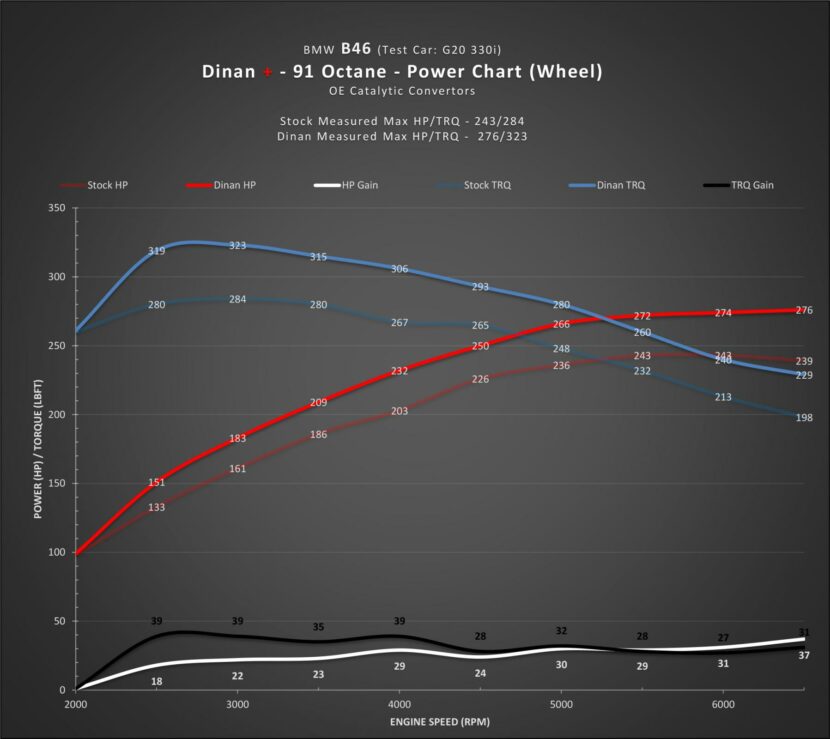 This is done in order to make sure the engine is protected, despite the increased levels of power it will get. All the safeguards put in place by BMW are kept on, while some more are added by the new software still. There are two options you can choose from Dinan + and Dinan Stage 1. The former adds a total of 37 wheel-horsepower and 39 lb-ft of torque to the values your car already has. That should put you at around 280 wheel-horsepower which is more than decent. The best part about the Dinan + option is that it comes with warranty from the tuner (50,000 miles or 4 years). 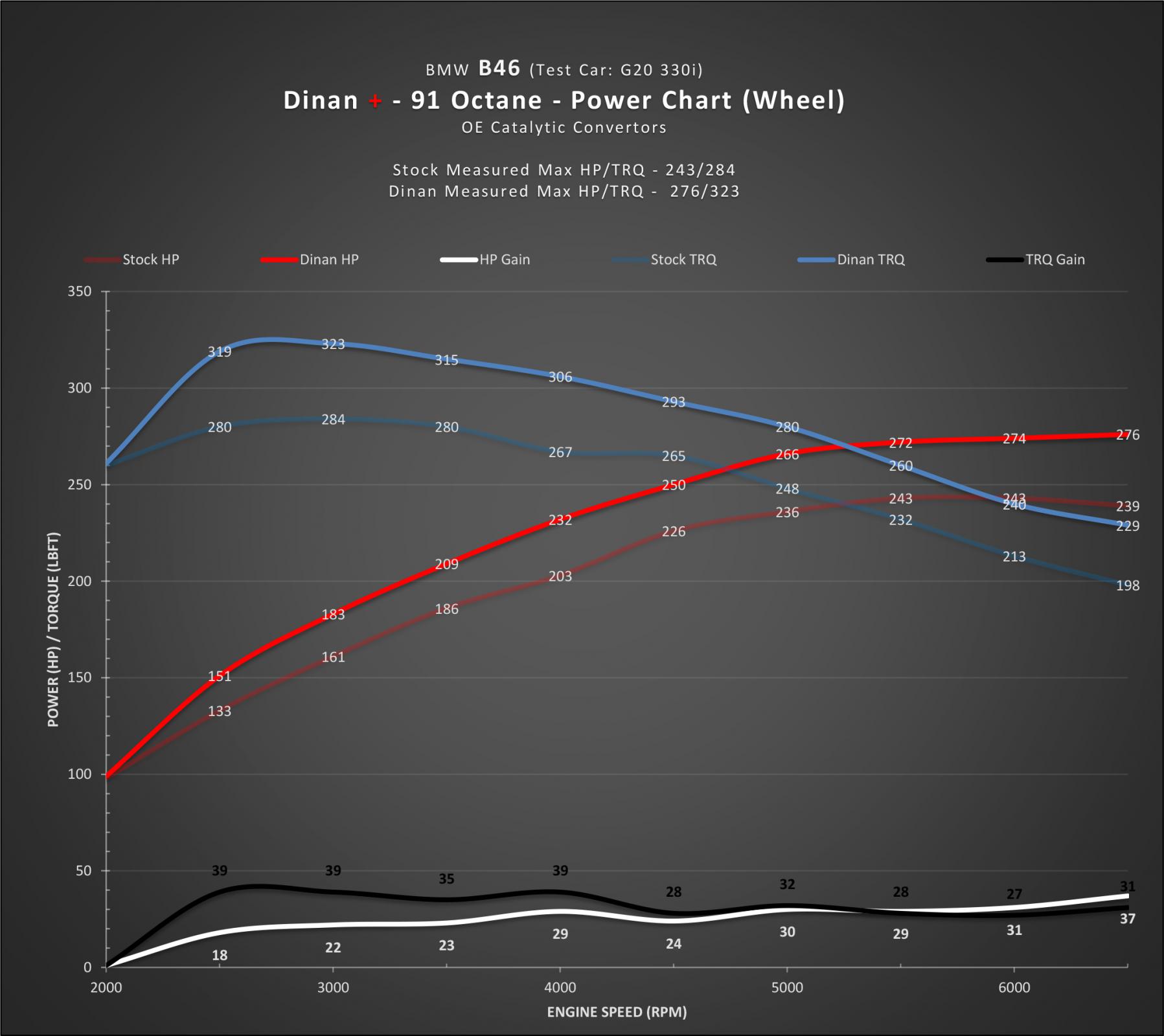 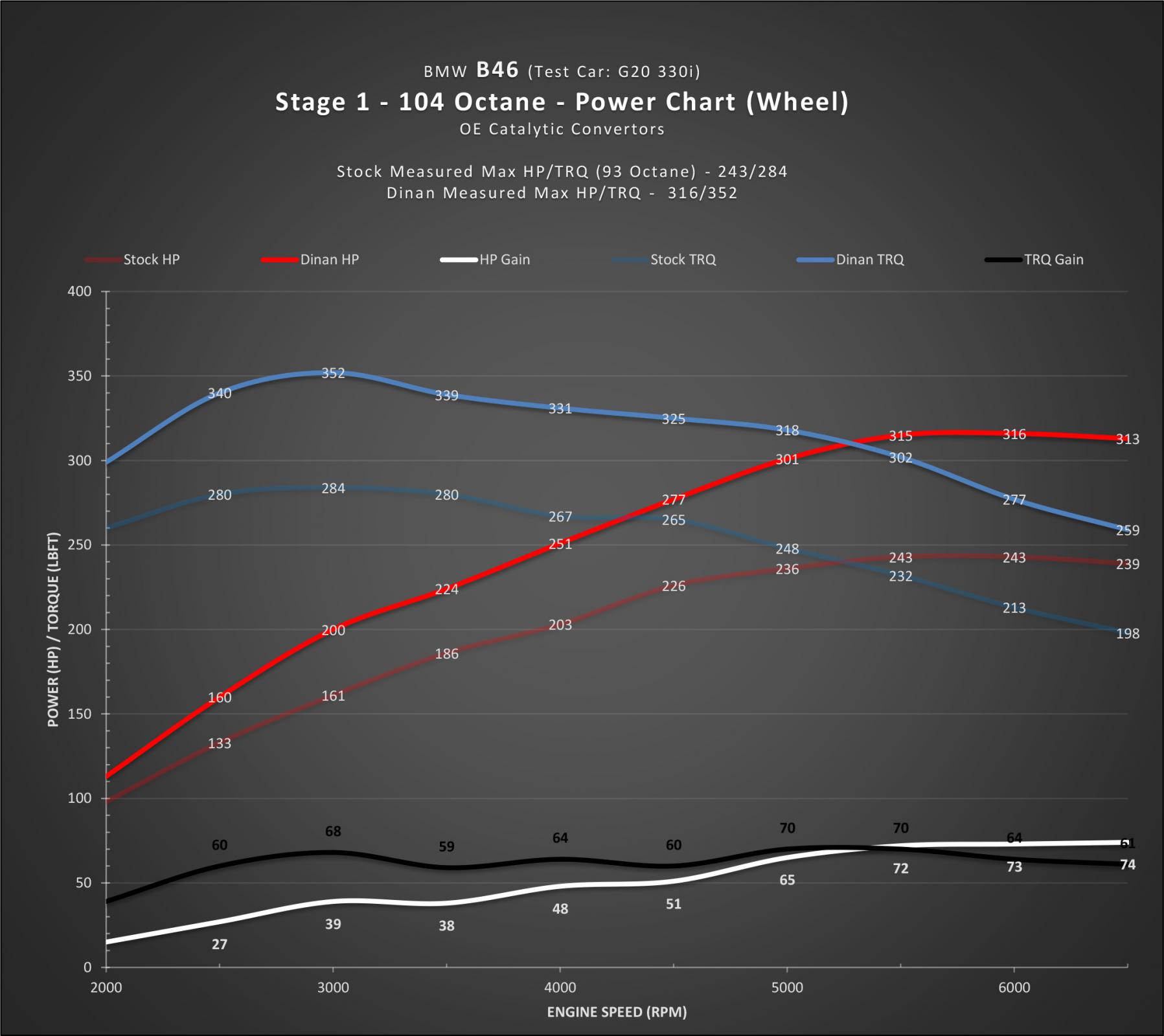 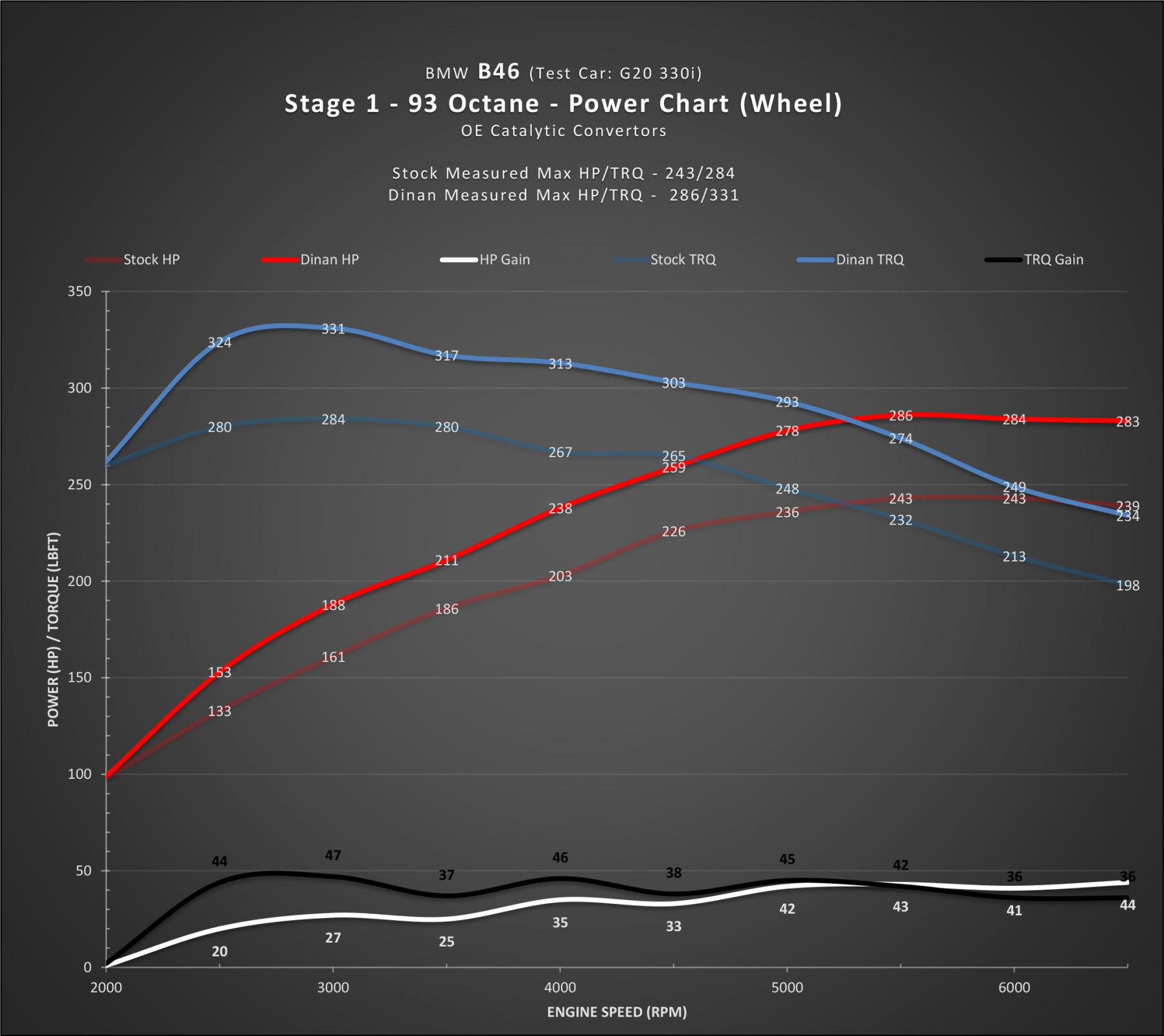