We already had a pretty good idea as to how fast and capable the BMW M5 CS is in real life. What the people from BMW managed to pull together with this special version of the M car is truly impressive. And yet, one can’t help but wonder what would happen if the monster from Munich met up with one of the most capable electric cars out there today. Yes, we’re talking about the Porsche Taycan Turbo.

Mind you, this is not the biggest, baddest EV from Stuttgart, the Turbo S. Instead, this is its more chilled sibling, the Turbo, that also comes with a sensibly different spec sheet. On the Taycan Turbo you’ll find two electric motors but together they develop up to 680 horsepower and 850 Nm (627 lb-ft) of torque, instead of the 760 horsepower and 1,050 Nm (774 lb-ft) of torque of the Turbo S version. Nevertheless, this is still a very fast, all-wheel drive electric car, with instant torque. 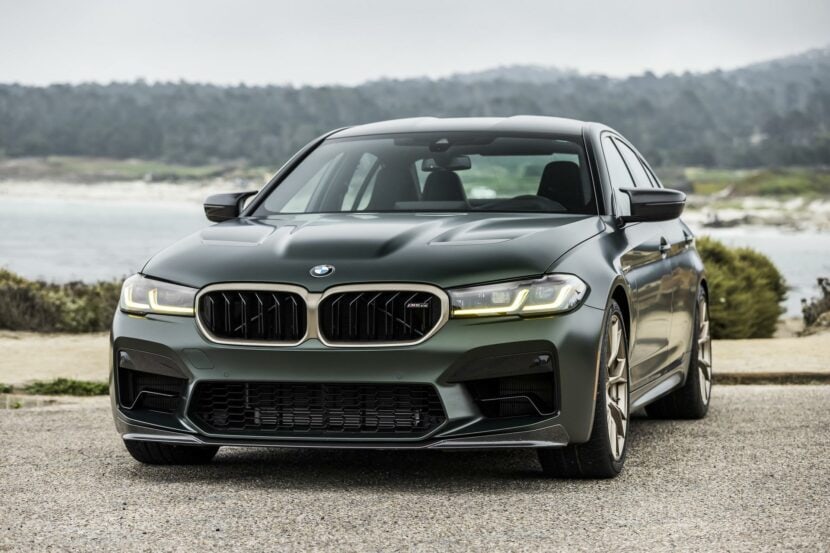 On the other side of the drag strip was the BMW M5 CS. This is a much more familiar model to us and one that has a huge advantage compared to the Porsche: the weight. This is that one time when you can actually say a BMW is lighter than a Porsche. Understandably so, too, as the Taycan has to carry those huge batteries. To be more precise, even though the BMW has less power and torque, 626 horsepower and 750 Nm (553 lb-ft), it is also almost half a ton lighter.

Would still bet money on the M5 CS? We all know Porsches are surprising, especially in a straight line. The German sports car manufacturer is known for being conservative with its power claims. But can the Taycan Turbo hold on with that huge weight penalty? Well, as it turns out, it can. At least up to about 200 km/h, the Taycan will give the M5 a run for its money. It’s only after that that the BMW manages to pull ahead.