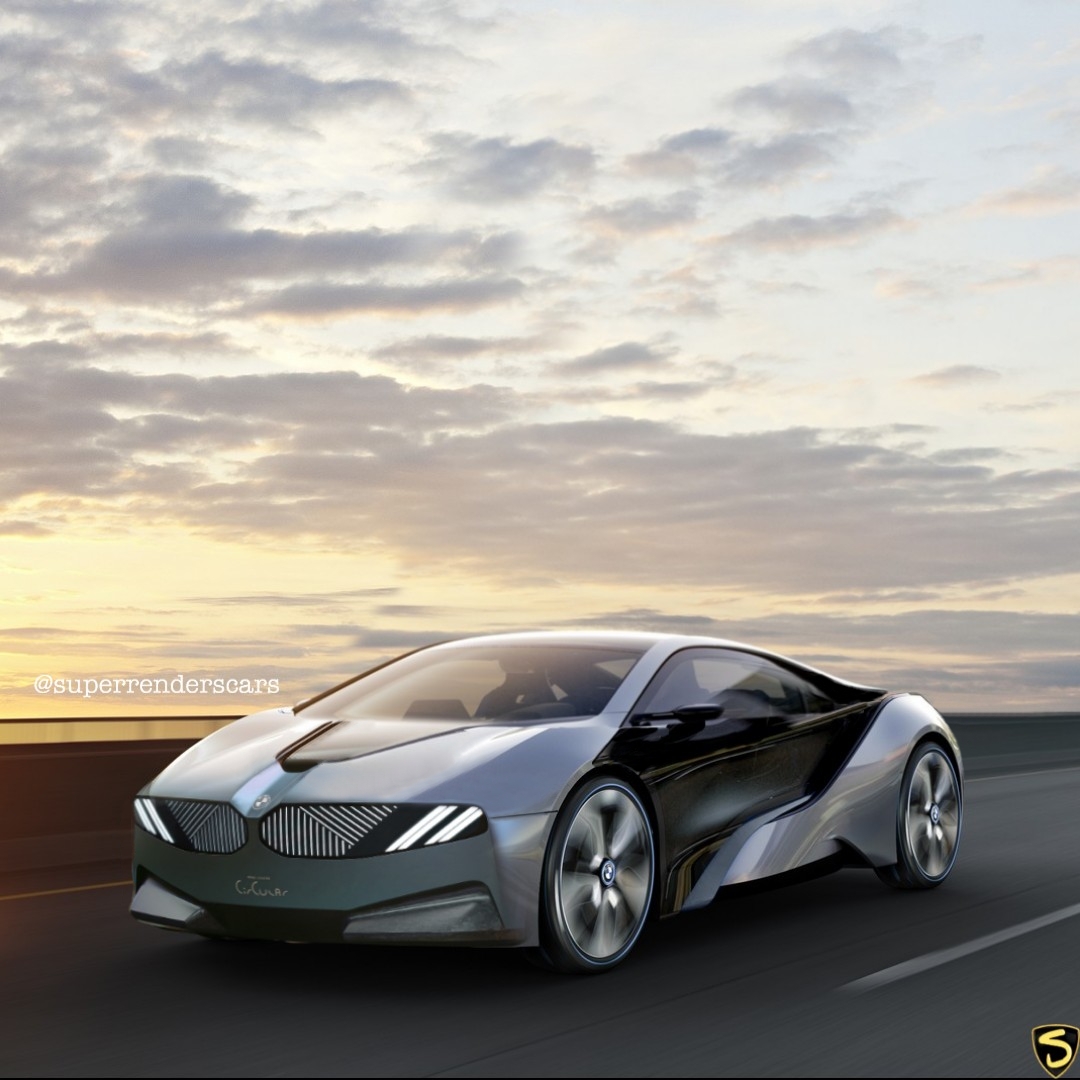 BMW has a long history of showing off incredibly cool concept cars and then never putting them into production. Remember the killer Hommage Concepts (3.0 CSL, M1, and 328) or the awesome Vision M NEXT? Yea, none of those even sniffed production. However, there was one BMW concept car that actually did head to production looking surprisingly true to its original concept form — the BMW EfficientDynamics Concept, which became the BMW i8.

This new render combines the BMW i8 with the brand’s latest concept car (that will also not become a production car), the BMW i Vision Circular, and what you get is a concept that looks surprisingly similar to the original EfficientDynamics concept.

The BMW i Vision Circular was a shocking car when it was first debuted just a couple of weeks ago. It showed off styling so odd it made the i3 look like a 3 Series diesel and it brought with it an interior that looked more like a Phillip K. Dick acid trip than anything else. While it was designed with some genuinely clever and forward thinking ideas, its actual styling left a lot of BMW enthusiasts wanting for something… better looking. Turns out, combining its ideas with the BMW i8 does the trick.

While this render looks a lot like the BMW EfficientDynamics concept, its front end is from the BMW i Vision Circular. For example, it features the latter car’s combined grille/headlight combination. Rather than having two separate things; kidney grilles and headlights; it actually just blends them into one unit. While it looks bizarre on the i Vision Circular, it actually works on this.

If BMW had wrapped all of that sustainable goodness into a package that looked as cool as this, many more BMW enthusiasts would be on board with the future.