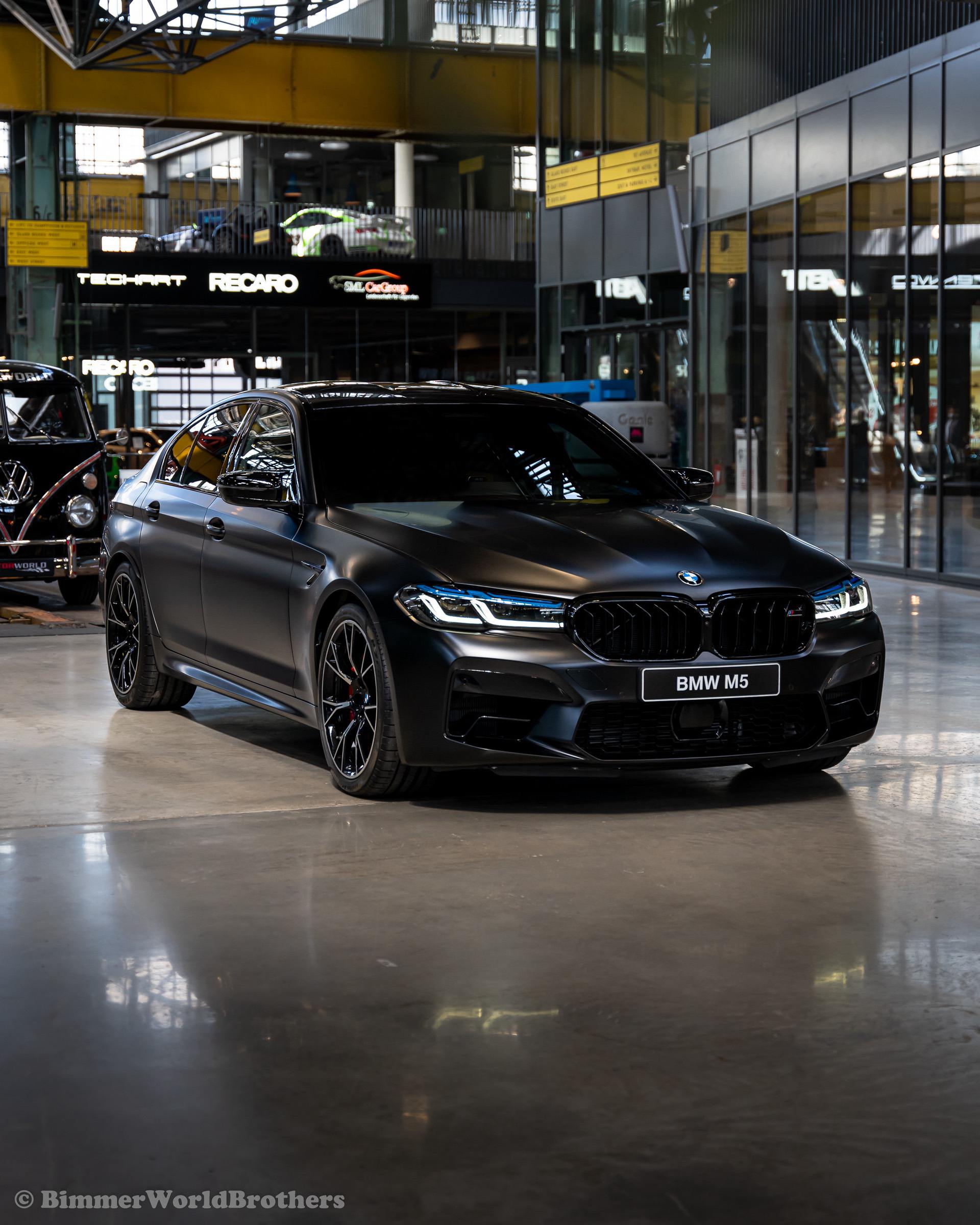 The BMW M5 Competition has just gone through a facelift, but compared to some of other new BMW models it still retained a “safe” and widely embraced design. The iconic BMW kidney grille and double headlamps continue to shine on the F90 M5, and if you add the massive power under the hood, you can see why the M5 continues to be a huge earner for the M division.

Like the non-M 5 Series LCI launched at the end of May, the new BMW M5 Facelift models featured a refreshed exterior styling. The redesigned headlights with the new L-shaped DRL signature are present and can be fitted either with Adaptive LED technology or with the further enhanced BMW Laserlight, which is now upgraded thanks to the Dynamic Matrix Laser Beam.

Optionally, the eyes of the new BMW M5 models can be equipped with the BMW Individual Shadowline adornments, which adds darkened inlays to the headlamps for an outstanding and powerful visual effect. The tinted headlights can be ordered in conjunction with both the BMW Adaptive LED and the BMW Laserlight.

At the rear end, the changes include new L-shaped lights with a distinctive 3D design and black surrounding, without an additional outer glass. The rear bumper has too undergone a slight revision, just like the rear diffuser and the M specific quad exhausts, which now feature thinner walls.

The new 2021 BMW M5 Competition Facelift gets a technology transfer from the high-end M8 Gran Coupe in the form of new shock absorbers. Combined with the retuned chassis, it helps improve extend the maneuverability and handling capabilities of the high-performance to new limits, while also ensuring a great deal of ride comfort.

The M xDrive performance-oriented AWD chassis remains a standard equipment, as is the M Steptronic 8-speed automatic gearbox, which helps handle and transfer the insane power output to the front and rear axle wheels.

Of course, the BMW M5 can get the full BMW Individual treatment, so if money no object, some amazing paintworks can be ordered from the catalog. The M5 in question today is displayed at the BMW Welt in Munich and features the Frozen Black color. The stealth black matches perfectly the design lines of the M5 giving the car an equal premium and sporty look. 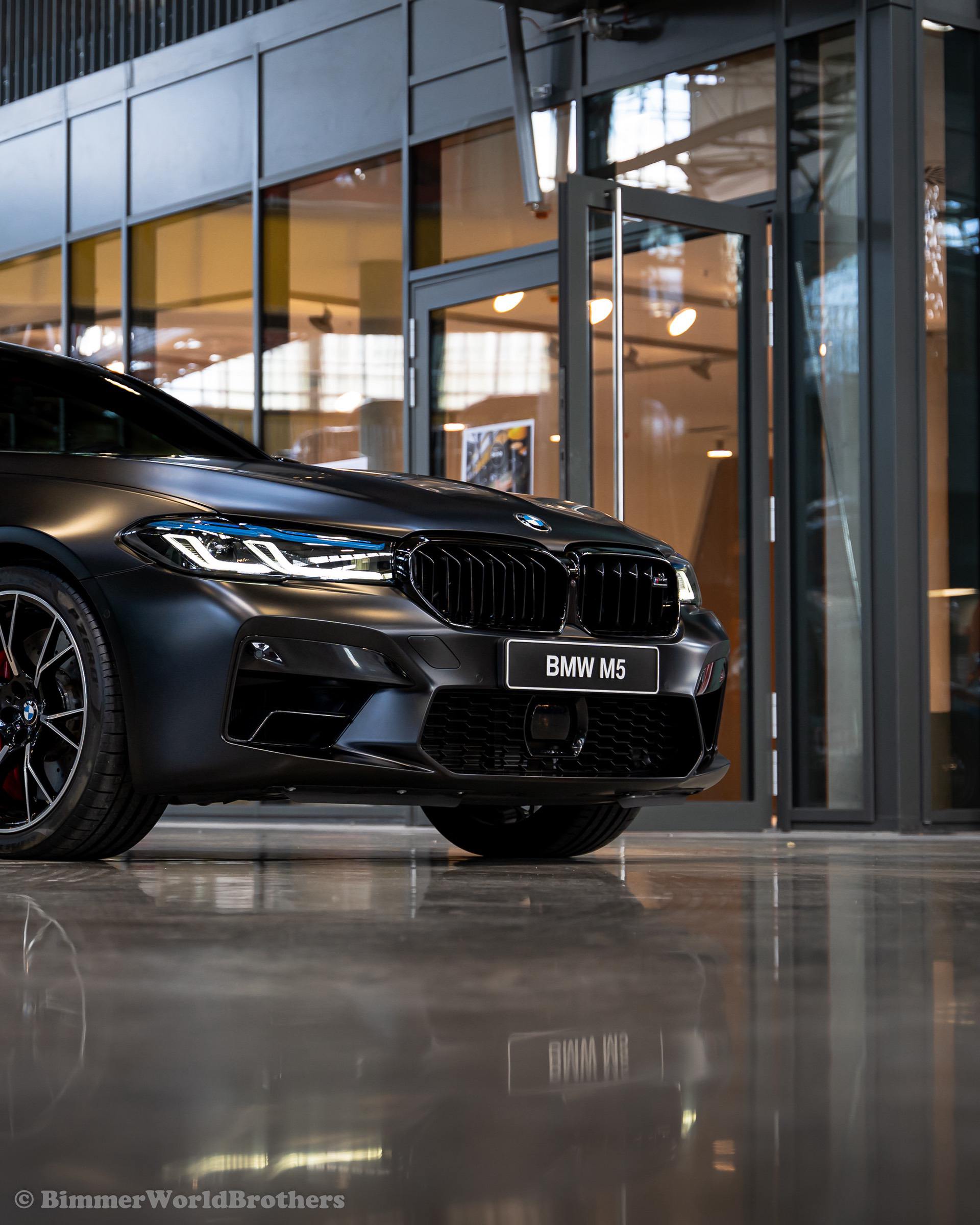 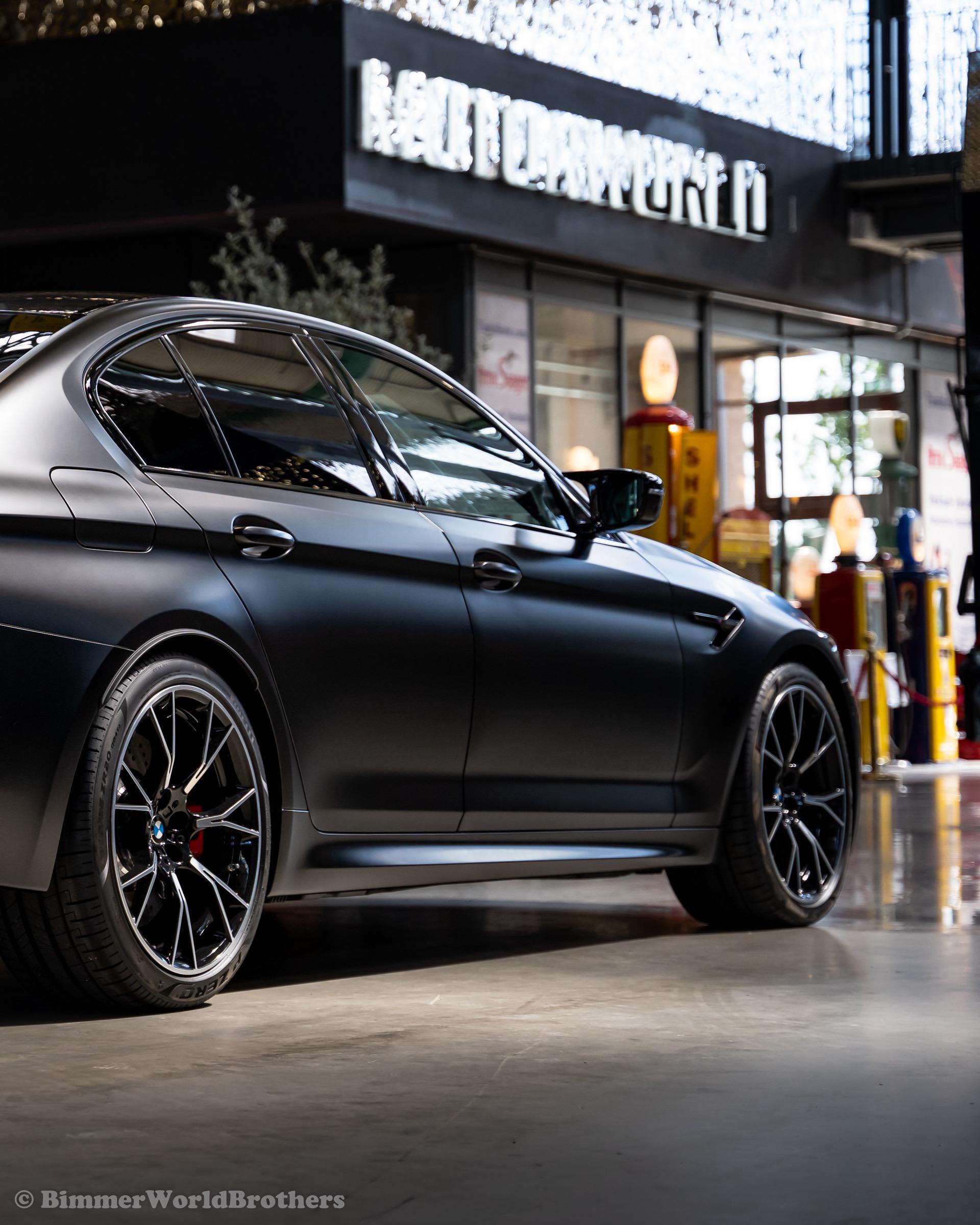 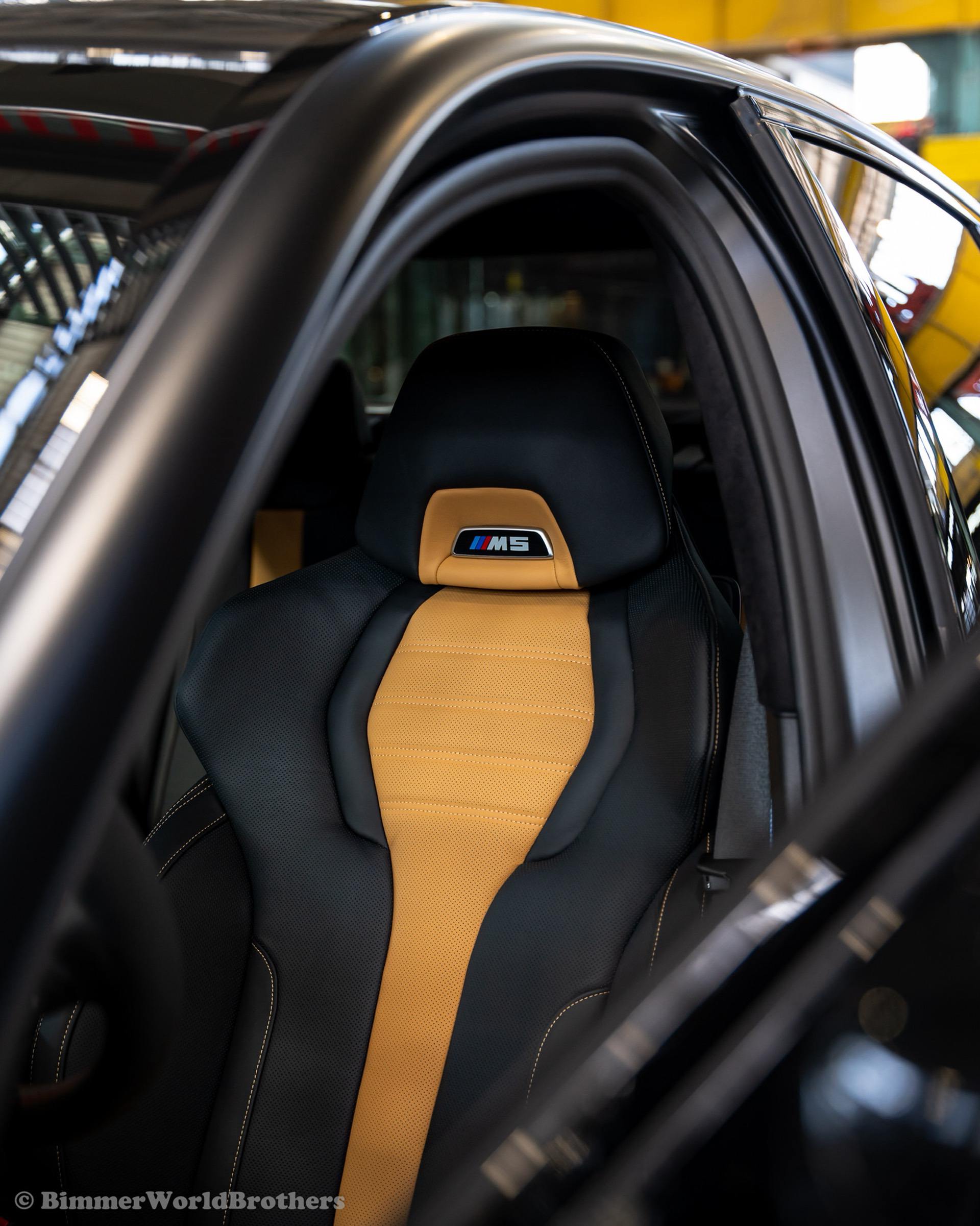 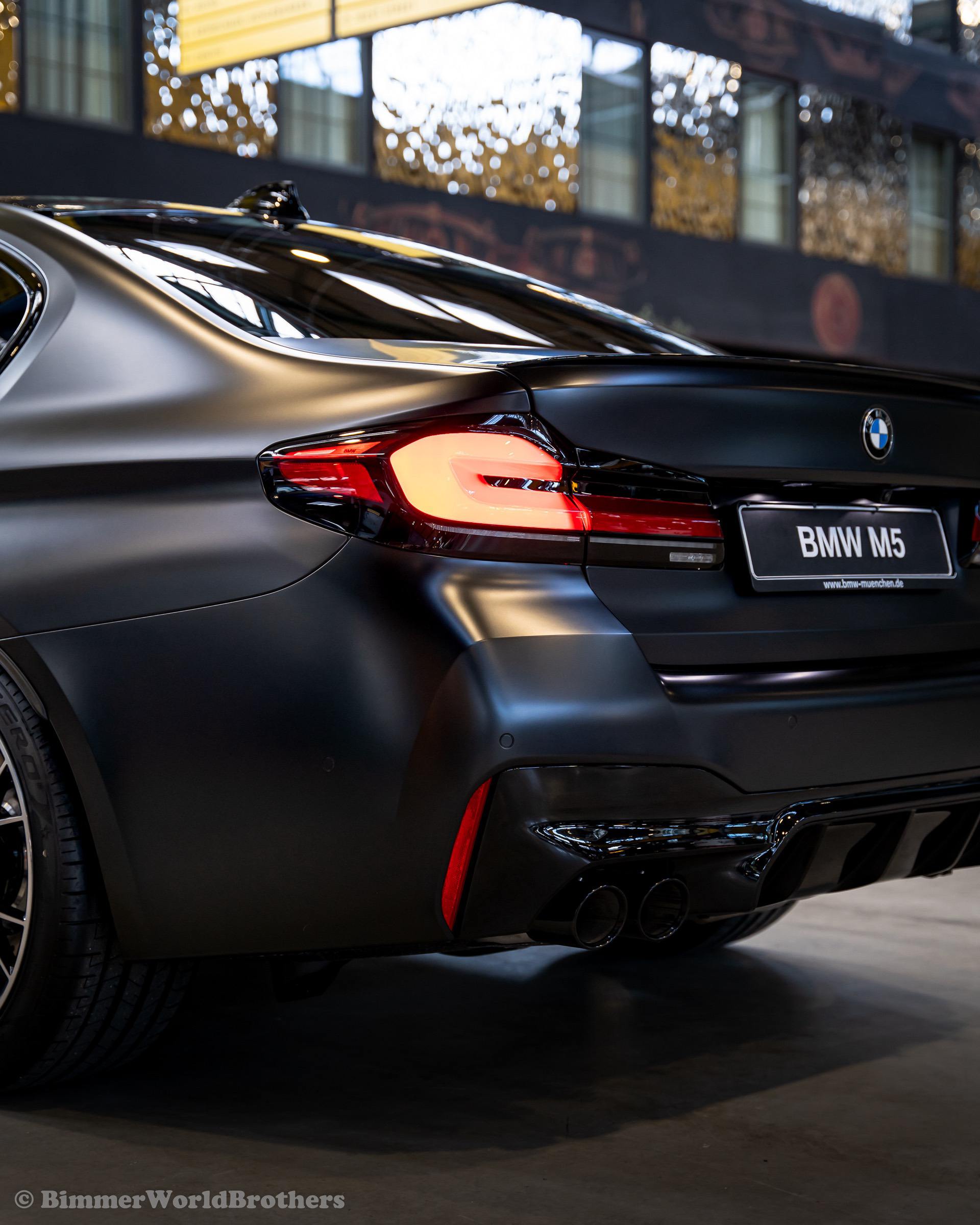 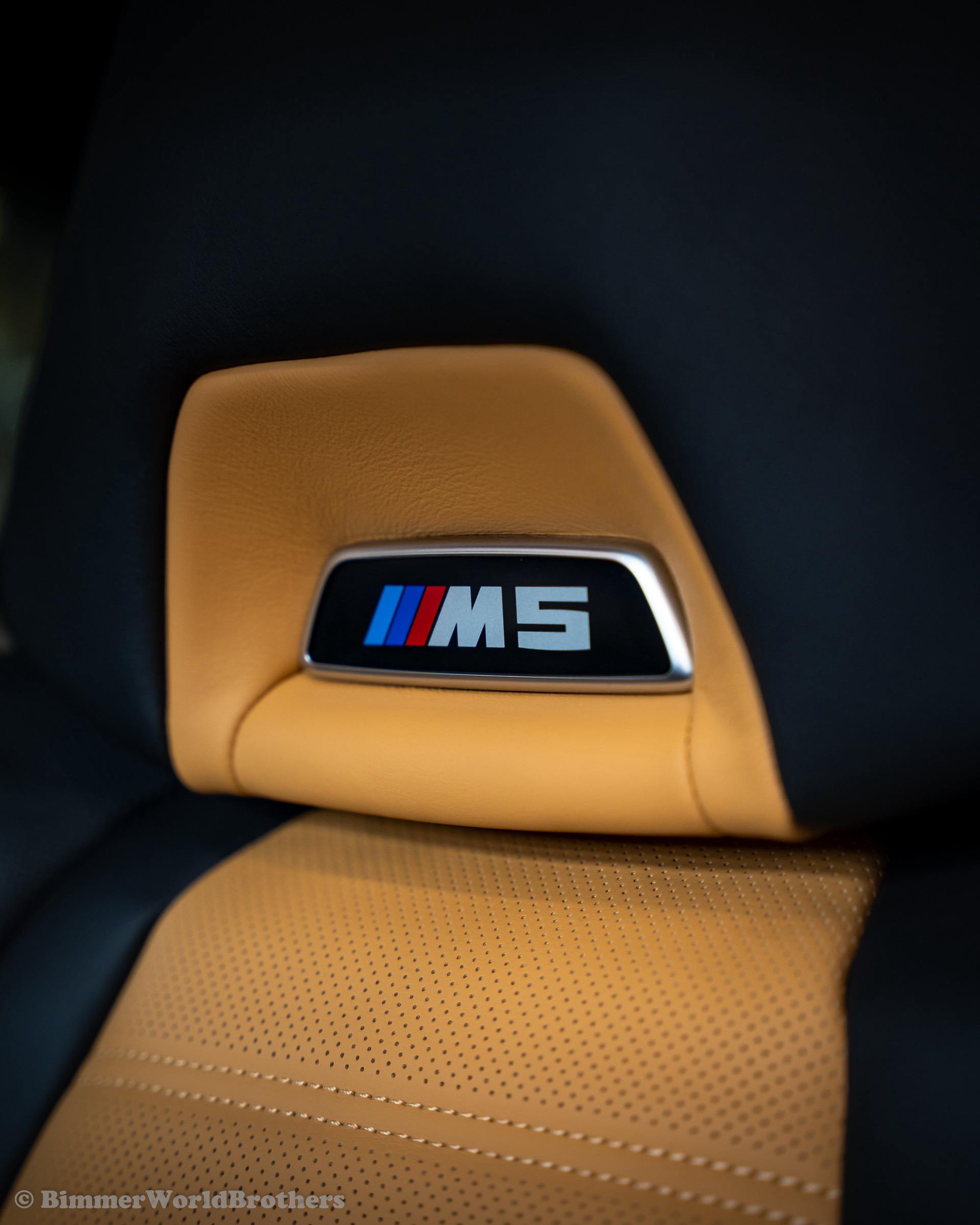 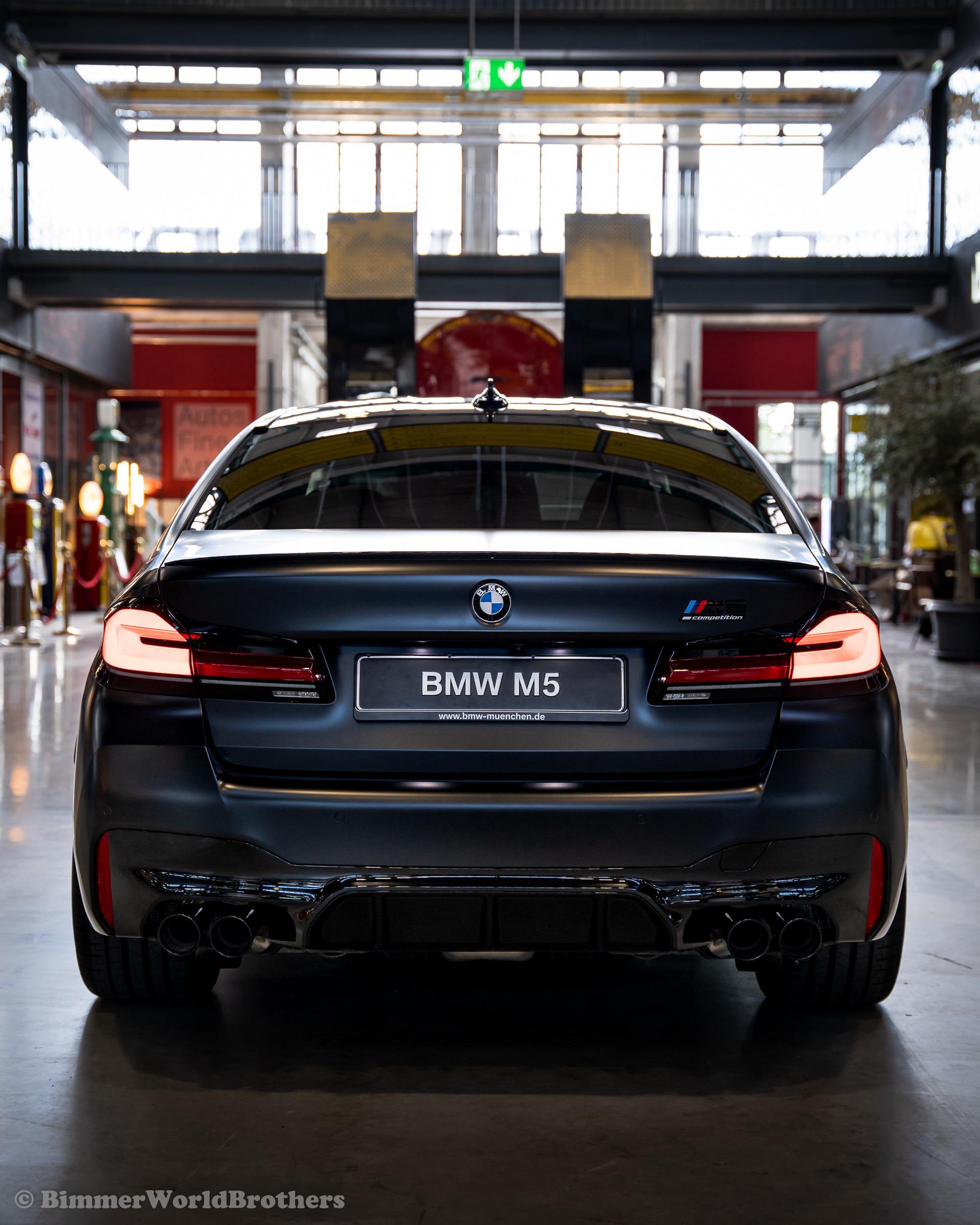 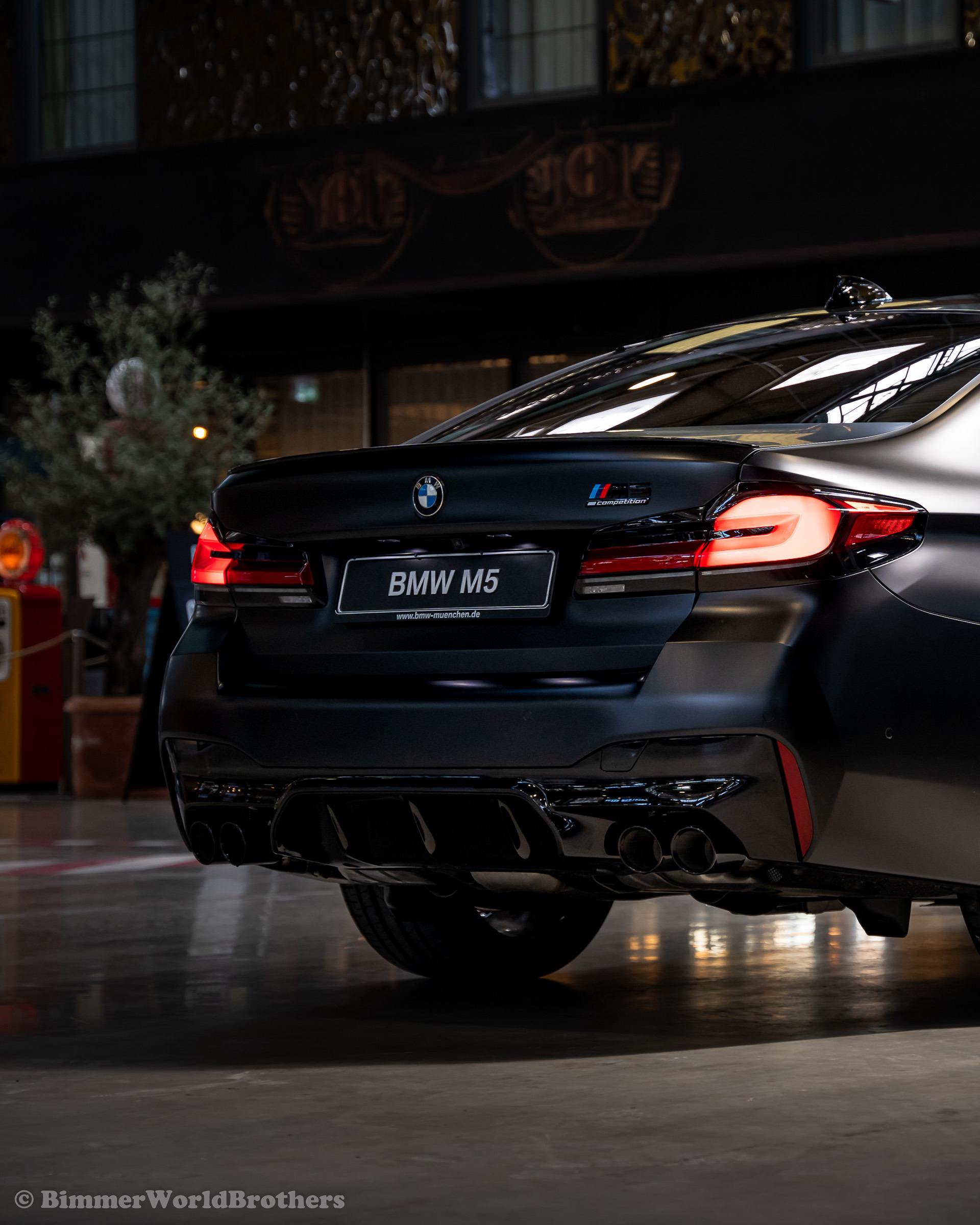