The upcoming BMW G70 7 Series was recently spotted yet again doing some tests on and around the Nurburgring. This time though, we’re looking at a car that’s bearing the ‘Electric Test Vehicle’ sticker on its side, hinting at what’s hiding under the camo. Just like BMW warned us a while back, the new generation 7 Series will not only use internal combustion engines on some versions but it will also be available as a fully electric car.

Chances are that the upcoming EV based on the 7 Series will bear the BMW i7 moniker and that’s actually a good name choice. However, that’s only part of it. What’s missing is the bit with the numbers, telling you what kind of performance to expect out of the car. Most likely, the upcoming BMW i7 will be using similar drivetrains to the ones found on the BMW iX or BMW i4. The same battery packs should be used too, with capacities of up to 100 kWh or even slightly more. 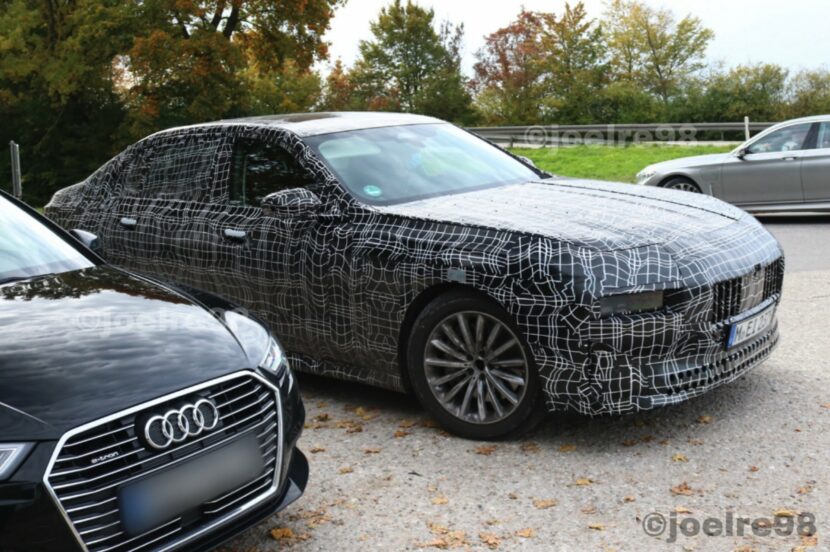 It’s a bit early to talk about the specs of the electrified 7 Series but, if the same power units are used, we should see top of the range models with over 500 HP easily and a range of over 300 miles. That would actually be a necessity, as the arch rival from Stuttgart already has an impressive rival on the market, in the shape of the EQS. That EV has a range of up to 468 miles according to Mercedes-Benz and, at the moment, the most powerful version has 523 HP at its disposal.

Those are the kind of figures the i7 will have to beat and it’s not going to be easy. The video below shows the car being tested both on and off the track at the Nurburgring and we simply can’t make out any styling detail. It also seems long and heavy, just like you would expect from a car in this segment.

We’re still a long way out from seeing the new 7 Series entering production, which is scheduled to start next year.